"Good Games Should Never Be Forgotten": Producer James Vicari on the Rerelease of Star Wars Episode I: Racer

StarWars.com and developer Aspyr talk the Nintendo 64 classic’s lasting impact and its second coming on PlayStation 4 and Switch.

When a console war is over and the dust, or pixels, have settled, only a handful of games rise to the top and come to define that generation of gaming. And for the 64-bit era, Star Wars Episode I: Racer is definitely in that category: a landmark title for Nintendo 64 released alongside Star Wars: The Phantom Menace, it sold millions and captured imaginations by bringing the film’s centerpiece sequence, the podrace, into homes. You could play as Anakin Skywalker or one of the movie’s many brilliantly weird aliens, from Sebulba to Ben Quadrinaros, and customize their vehicles to your liking. It looked great, it was fast, it was fun. It also had sniping Tusken Raiders. And it’s coming back. (Based on the reception to StarWars.com’s announcement last month, fans are very happy out that.)

Developer Aspyr and Lucasfilm are currently hatching a special rerelease of the classic game for PlayStation 4 and Nintendo Switch, featuring some upgrades that would impress Anakin himself, including modernized controls. StarWars.com is excited to reveal that the game will arrive May 12, and caught up with producer James Vicari to discuss Racer’s lasting impact, why great games need to be revisited, and why bringing it out on a Nintendo console is just a little extra special. StarWars.com: Star Wars Episode I: Racer is really fondly remembered. What do you think is the legacy of that game?


James Vicari: Legacy is an interesting thing to try and talk about. There’s like the pure metrics aspect, right? It’s one of the bestselling racing games of all time. At some level that means something, but it’s not the thing that makes people talk about a game 20 years later. That’s an intangible. And with Racer, I think its legacy is a very specific feeling of joy. When we announced it within the company, it was crazy how many faces lit up. Once we had it up and running, people from every department kept dropping in to check it out. If you’ve played it, you know. There’s just something about being in one of the coolest scenes from a Star Wars movie.

StarWars.com: Why is reintroducing Racer important to Aspyr?


James Vicari: Honestly, because good games should never be forgotten and great games deserve to be revisited as much as possible. I think Racer, like Jedi Academy and Jedi Outcast before it, has two crucial qualities: it’s a great game and it has emotional resonance. Those are very important to us. We really believe in reuniting fans with something they cherished, or connecting a new audience with something they may have missed. 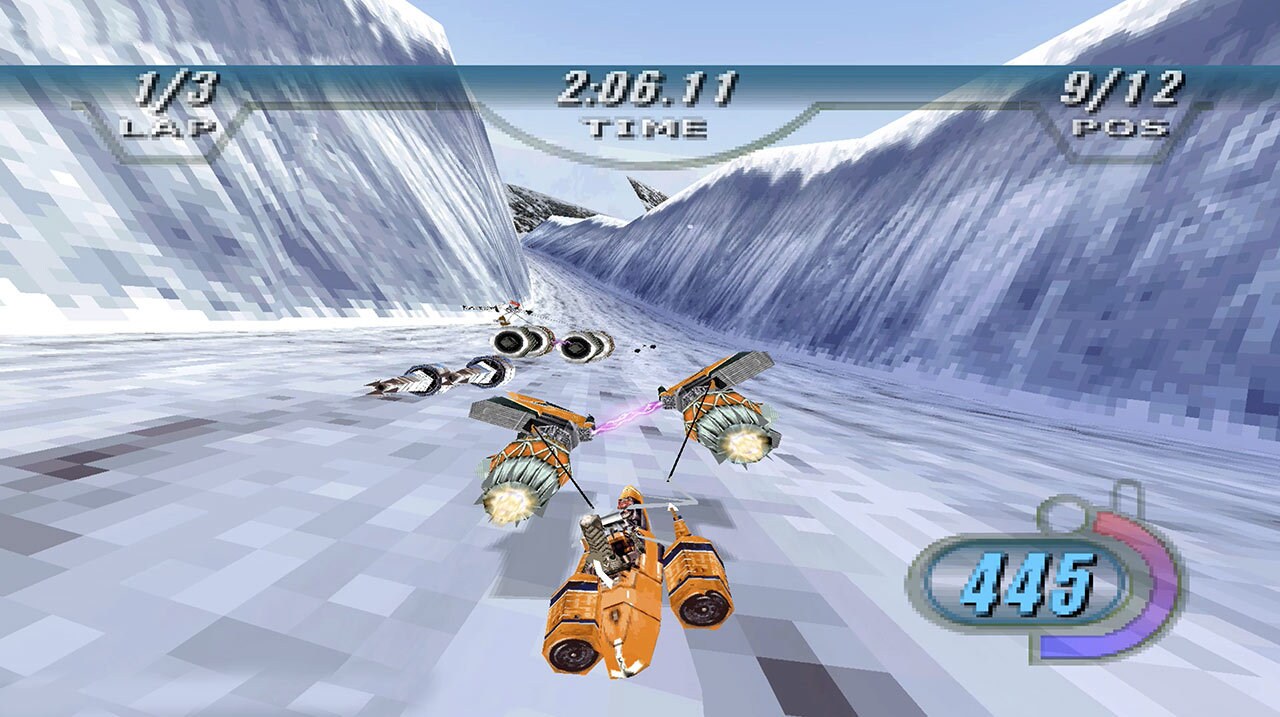 StarWars.com: What can you tell us about the modernized controls you've developed?


James Vicari: Racer originally came out in an interesting time for controllers. We were really starting to see interesting things -- rumble, multiple analog sticks. Even the shape of the N64 controller. So it’s sort of fitting that when you look at controls today, we’re seeing the same thing. Like the Switch Joy-Cons. You really want to make sure that the game plays well and embraces as much of the variations as possible for them. So we’ve done a lot of work to make sure that the game feels comfortable in all configurations, including playing with each individual Joy-Con. The team here is a big believer that the best control scheme is the one you don’t ever think about and that philosophy really permeates everything we’ve done with the controls. 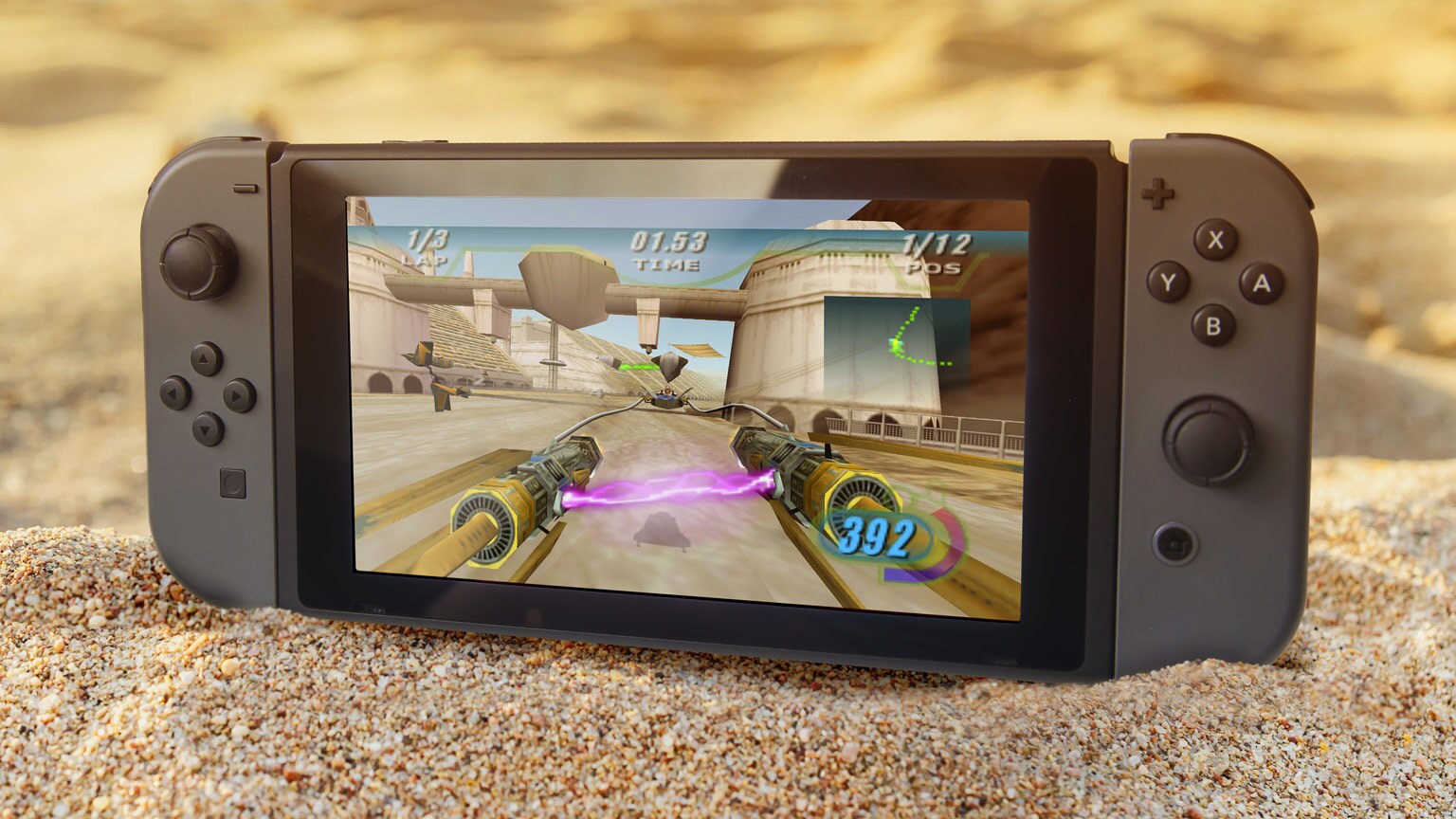 StarWars.com: It's also really exciting to have this game on Switch, since Racer debuted on a Nintendo console. "The circle is complete," in other words.


James Vicari: It’s super exciting. For many gamers, the Nintendo 64 was their first console and Episode I was their first Star Wars, which puts Racer in a very special place. And where before they may have been playing with their friends, now they can play it with their kids, their families. You know, Nintendo and Star Wars are really a generational experience and we’re incredibly grateful for the opportunity to be part of that circle. 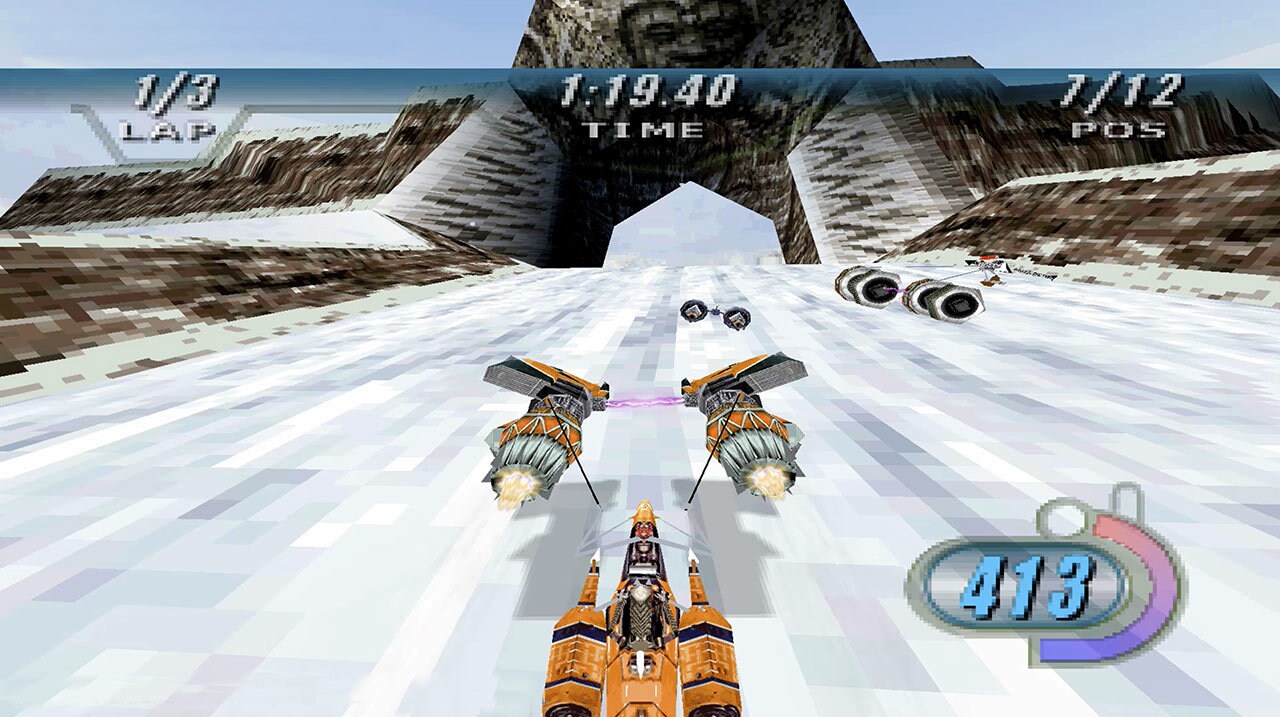 StarWars.com: What are your hopes for players experiencing Racer for the first time?


James Vicari: We set some pretty high standards here. Bare minimum, we want them to love it and to question why they are just now playing it for the first time. But our absolute “we know we’ve nailed it” hope? We want players speeding around the Grabvine Gateway on Baroonda to forget that they’re on their couch, holding controllers in their hand, and instead feel like they’re in their own racer, fighting against Sebulba and the rest for that finish line. And we want them to exclaim “Yoka to Bantha poodoo” as they clear it.