StarWars.com revisits the story of one of the Rebellion’s bravest and most gifted pilots. 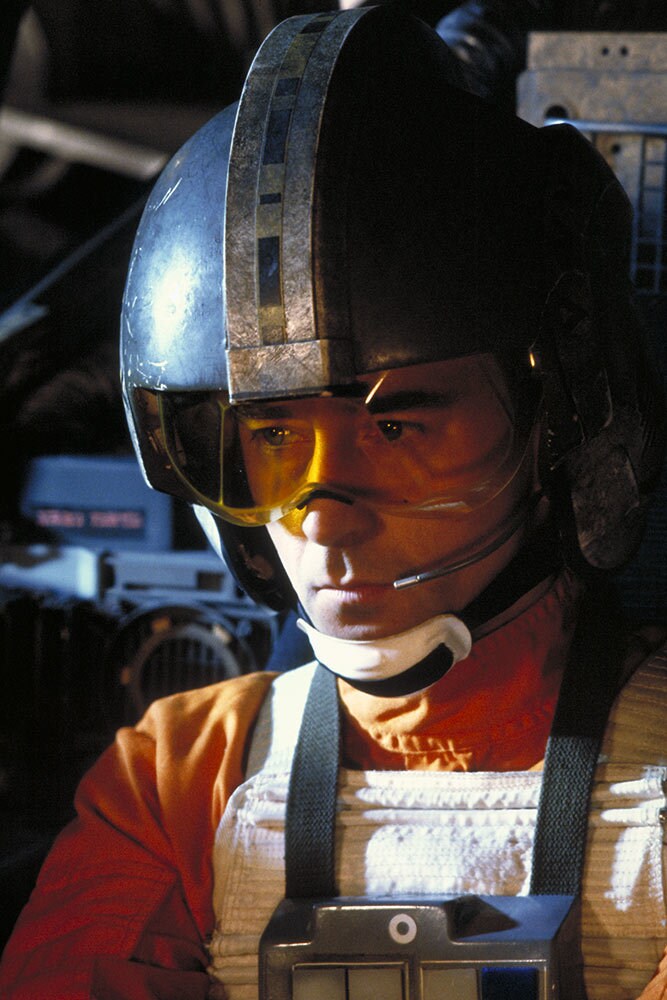 If a hall of fame of galactic heroes were ever built, a slew of familiar names would be found. Luke Skywalker and his sister, Leia Organa; their father, the legendary Anakin Skywalker, and his master, Obi-Wan Kenobi; Jedi Knights from ages past including Avar Kriss, Stellan Gios, and Elzar Mann; and numerous others, whose heroic adventures would be told to children across the galaxy as the insidious scourge of the dark side reigned over the stars. Despite the contributions to freedom these (often flawed) heroes made, there were many who silently fought the good fight without the spotlight of fame or infamy. Uppermost among these unsung heroes was a young Corellian who dreamed of sailing the stars and becoming a pilot. His name was Wedge Antilles. 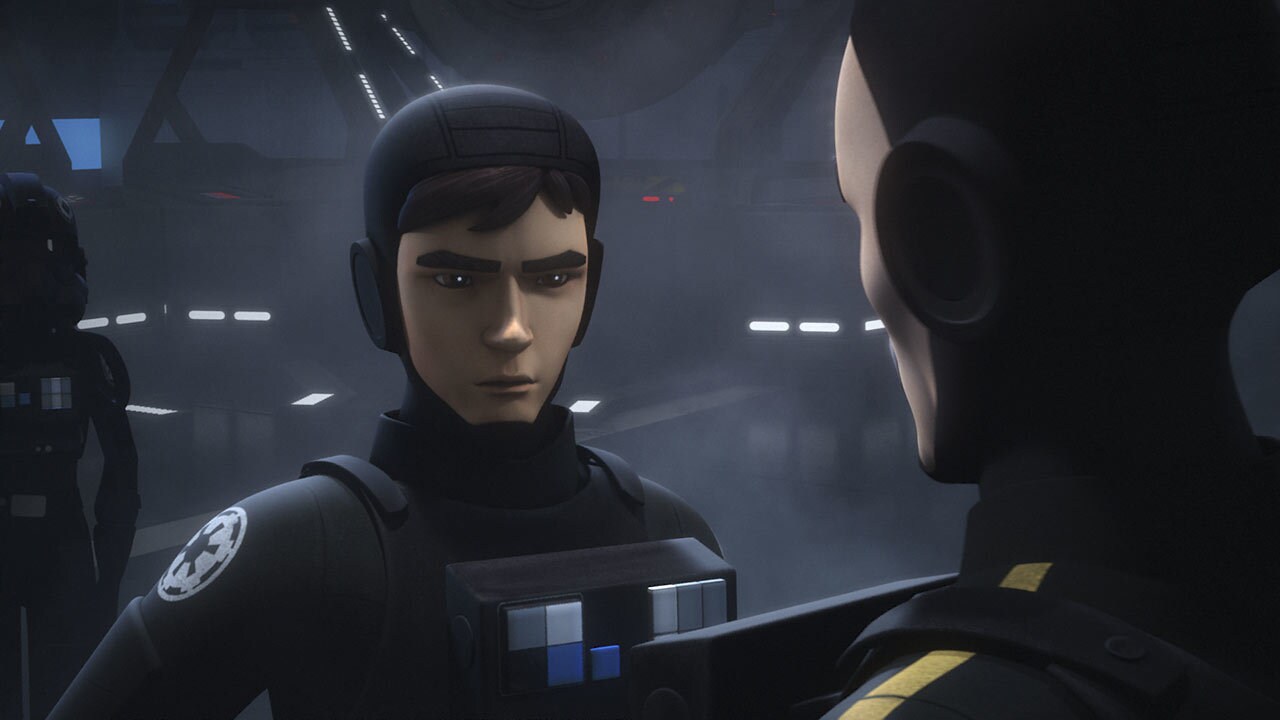 Developing his skills to become a mechanic and then a pilot, Wedge took those skills to the busy ports of Corellia and beyond, enlisting in the propaganda-fueled ranks of the Galactic Empire. There he trained to become an elite TIE fighter pilot at Starstrike Academy on Montross, soaking up as much as he could. But a life as an Imperial was not meant to be.

The cruelty of the Empire and their despicable tactics fed a growing disdain, one that was noticed by Imperial Security Bureau agent and rebel informant Alexsandr Kallus, who would recruit Wedge. As the fight against the Empire evolved and became the organized Rebellion, Lieutenant Antilles was tasked with stealing clearance codes for a strike mission to Lothal from the ISB station on Killun 71, a mission he succeeded in, leading to the Battle of Atollon and supply missions out of Base One on Yavin 4.

Fate intervened; a leg injury forced him to sit out the Battle of Scarif as his comrades stole the plans to the Death Star, but after suffering heavy losses at Scarif, the Alliance sorely needed able pilots. Joining the ranks of Red Squadron, Wedge was given the call sign Red Two, and his intuitive piloting was a key element in the success of the mission to destroy the Death Star. Twelve brave pilots entered the fray; only Antilles and Luke Skywalker survived.

Without his impressive flying skills, odds are high that Skywalker and Biggs Darklighter would have perished under the flaring laser cannon assault of Darth Vader; and while Luke took the final shot that capitalised on the “fuse” Galen Erso had left in the Death Star plans, it was the bravery of Antilles and Darklighter -- Luke’s childhood friend, barely a footnote in history -- who allowed him the chance to do it.

From Yavin To Hoth

Despite his invaluable contribution, there was no medal ceremony for Antilles. Instead, he was immediately put to work, assisting in the evacuation of Yavin and running numerous missions to distant worlds including Giju and Devaron. He fought in the skirmish around the ISD Harbinger and scouted the world of Crait in the Outer Rim to check its suitability to be a future rebel base. After fighting in battles at Distilon and Perimako Major, he was assigned to Echo Base on Hoth and flew snow speeders as a member of Rogue Squadron during the Battle of Hoth.

One of the major ground engagements of the Galactic Civil War, the Battle of Hoth was another example of Antilles’ savvy and skill. Following Luke Skywalker’s suggestion that they use their tow cables to tangle and topple the Empire’s walkers, Wedge and Wes Janson gave their fellow rebels time to evacuate before Imperial forces led by Darth Vader stormed the base. There were no heroes at Hoth, only survivors, but the actions of Antilles gave the Alliance a glimmer of much-needed hope.

The Road From Hoth to Endor

As the Empire tightened its grip on the galaxy, Wedge brought in fresh blood for the Rebellion, retaking the name of Red Squadron and rising through the ranks to become a commander. Leading Red Squadron at the Battle of Endor, Red joined Green and Gold Squadrons in General Lando Calrissian’s attack force. With the new Death Star’s shield still up, rebel fighters attacked the Imperial fleet’s Star Destroyers, giving the strike team more time. That provided a handful of rebel ships the opportunity to enter the Death Star’s superstructure, taking out the power regulators and the main reactor, which started a chain reaction that destroyed the station.

The only pilot to fly in both Death Star engagements, Antilles unflinchingly dove into the belly of the second Death Star, following General Calrissian to the main reactor and destroying it, along with the power regulators.

Jakku to the Academy

With the Empire’s leadership dead, the galaxy sat at a crossroads. Believing the remnants of the Empire had retreated to the Outer Rim, Wedge scouted numerous worlds, finding vital evidence to back his hunch on Akiva. He was captured by the Empire and rescued by Norra and Temmin “Snap” Wexley, starting a decades-long friendship with the Wexley family. It was during this time that Antilles fought in the battle to liberate Kashyyyk, the Wookiee homeworld, highlighting his belief in liberty.

As intense as that conflict was, it paled against his next major engagement at the Battle of Jakku, a fight over the Inner Rim world that was, essentially, the last stand of the Empire. Antilles was reassigned to the New Republic military base on Chandrila, where young Snap persuaded Wedge to rejoin the fight. With Phantom Squadron, he helped clear a path for New Republic ground forces on their way to a tremendous victory. Following the historic signing of the Galactic Concordance, Wedge accepted a position as head instructor at the new flight academy on Hosnian Prime.

Wedge’s time at the academy saw his talents correctly utilized and rightly admired. With decades of skill to impart to a new era of pilots including Snap Wexley and Poe Dameron, his exploits and knowledge were an invaluable resource in the post-Imperial era. To these pilots, being in the presence of a pilot who’d not only braved numerous conflicts and two Death Star runs, but survived to tell the tale, his words were as valuable as coaxium.

The Academy to Exegol

Following the passing of Snap’s father, Brentin, Wedge and Norra married, settling on Akiva and living a peaceful life unburdened by duty or obligation -- until Wedge was told of the Battle of Crait and the deaths of Admirals Statura, Holdo, and his former commander, Admiral Gial Ackbar. However, it was the death of his friend and comrade Luke Skywalker that brought Wedge and Norra into the Resistance, a choice that brought them to the Battle of Exegol, as Lando Calrissian and Chewbacca spearheaded the 14,000-strong citizen’s fleet to a final, decisive victory against the First Order and the Sith Eternal. As he had at Endor over 30 years before, Wedge joined in joyous victory celebrations, this time on the moon of Ajan Kloss.

So raise a glass of blue milk to Wedge. Antilles may not have been as well known as his fellow star warriors Luke Skywalker, Leia Organa, and Han Solo, but his heroic actions in the key battles of Yavin, Hoth, Endor, Jakku, and Exegol were essential to the cause of freedom across the galaxy.

Mark writes for Star Wars Insider and has written for Build The Millennium Falcon, Star Wars Encyclopedia, and Starburst Magazine. He’s an Honorary Friend of the 501st and the Rebel Legion, and when he’s not podcasting, tweeting, or writing about Star Wars at FanthaTracks.com, he can usually be found sleeping, where he’ll most likely be dreaming about Star Wars.