Star Wars Attack of the Clones: The Expanded Visual Dictionary -- The Book I Didn't Know Existed

Jedi Master Sifo-Dyas may have placed another order no one knew about.

Here’s an odd experience for a writer: discovering you have one more published book than you thought.

In 2011, with a 3-D version of Star Wars: The Phantom Menace headed to theaters the next year, DK asked me to write an expansion of Star Wars Episode I: The Visual Dictionary, the 1999 book penned by David West Reynolds. That was a fun project. Among other things, we offered a cutaway diagram of Darth Maul’s double-bladed lightsaber; named some new droids, characters and ships; and revisited material about the Sith, the Senate, and the Jedi based on what had happened in the later two episodes -- taking advantage of material that hadn’t existed when Reynolds wrote the original book.

Star Wars The Phantom Menace: The Expanded Visual Dictionary (say that 10 times fast!) came out in January 2012 and was well received. The time was right for fans to take another look at a movie that was then more than a decade old. With 3-D releases of Attack of the Clones and Revenge of the Sith in the works, DK hired me to update and expand another Reynolds book, 2002’s Star Wars Attack of the Clones: The Visual Dictionary. The expanded Attack of the Clones Visual Dictionary was finished and set for a June 2013 release, but then word came that Disney and Lucasfilm had indefinitely postponed the theatrical 3-D releases of the other two prequels to focus on The Force Awakens. Without the movie release as a marketing hook, an expanded Visual Dictionary no longer made sense. The book, like the movie, was put aside. (A planned expansion of James Luceno’s Star Wars Revenge of the Sith: The Visual Dictionary never progressed beyond the outline stage.)

Writers learn pretty quickly that publishing is a business, and business decisions aren’t personal. I shrugged and focused on my next project. But that didn’t stop me from occasionally mourning the book I’d written that had disappeared.

I’d enjoyed revisiting Attack of the Clones. The pages about Count Dooku, Darth Sidious, and the Sith had been particularly interesting to rethink, because I could draw on the full saga in telling the story. I also had a good time making up names for younglings and Mos Espa inhabitants who’d never received them, and filling in other little missing pieces of the saga. 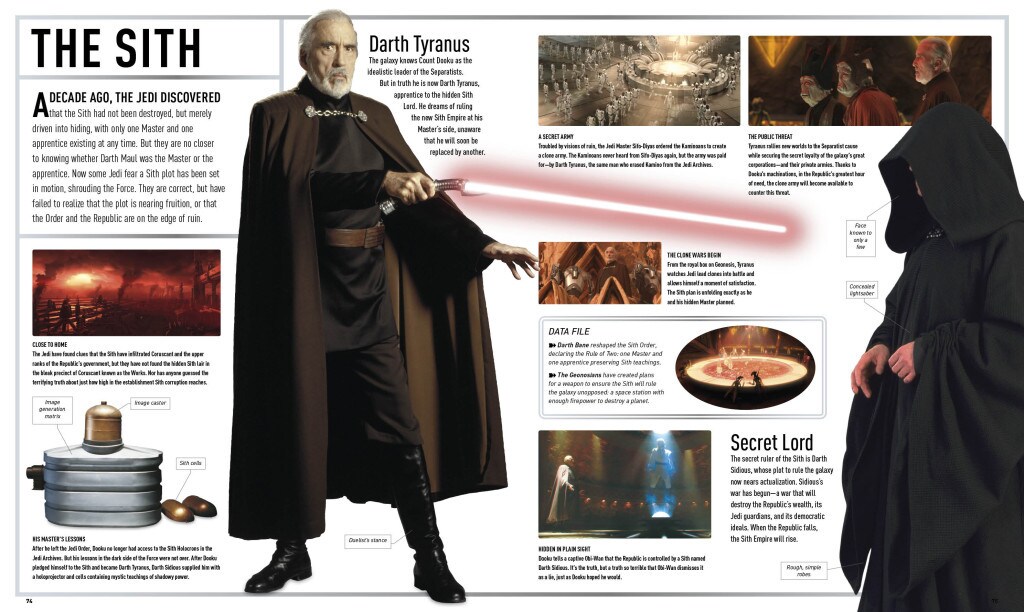 The book, I felt, had made the story of Attack of the Clones deeper and richer -- but almost no one knew about it. At the tail end of the project I’d been emailed images of the final pages, and on some sleepless nights I’d look at them, bemused that I was one of the very few people who could read a lost book.

I kept working with DK, and the fate of The Expanded Visual Dictionary became a joking worst-case scenario trotted out when we were trying to figure out some difficulty. One day last fall I was having lunch with DK’s Simon Beecroft and mentioned the book that had never been, reminding him that I had one of the only copies in the world – albeit it in digital form.

Simon frowned and said he seemed to recall The Expanded Visual Dictionary had in fact been released somewhere. Perhaps it was Denmark?

I did a little Googling, but found nothing and gave up. It sounded like a publishing urban legend: Why would a book like that get released in just one country? If it hadn’t made sense to release it in the U.S., why was Denmark any different?

But then one day this spring I got a package from the U.K., with the usual stamps and customs forms. It was from Simon. I opened it in puzzlement; DK very kindly sends me copies of my books once they’ve been printed, but I couldn’t think of a project of mine that had reached that stage.

And then I stared in disbelief at what he had sent.

I didn’t know what Klonernes Angreb: Den Ultimative Illustrerede Guide meant, but I could guess. The Expanded Visual Dictionary had indeed come out in Denmark, released by DK’s Danish publishing partner, Alvilda.

So how did my book wind up getting published there?

Alvilda’s Jonas Holm Hansen said that “obviously, when the plans about the 3-D movies were changed, we did consider not doing the second book. But I remember visiting a local library and scrolling through their old Star Wars collection and seeing the old, non-expanded version. It was dirty, missing pages, and barely holding together,” Jonas said. “At that point there was no doubt in my mind: We HAD to publish the expanded version! At least so I could add it to my personal collection…."

And so there you have it, the story of how I wound up with one more published book than I’d thought, and how some additions to the Star Wars saga have slipped past even the eagle eyes of Wookieepedia. (You guys! Get on that!)

It happened because someone at Alvilda loved books and was a Star Wars fan. In other words, for the same reasons I was excited to write the book in the first place. And that makes me happy. 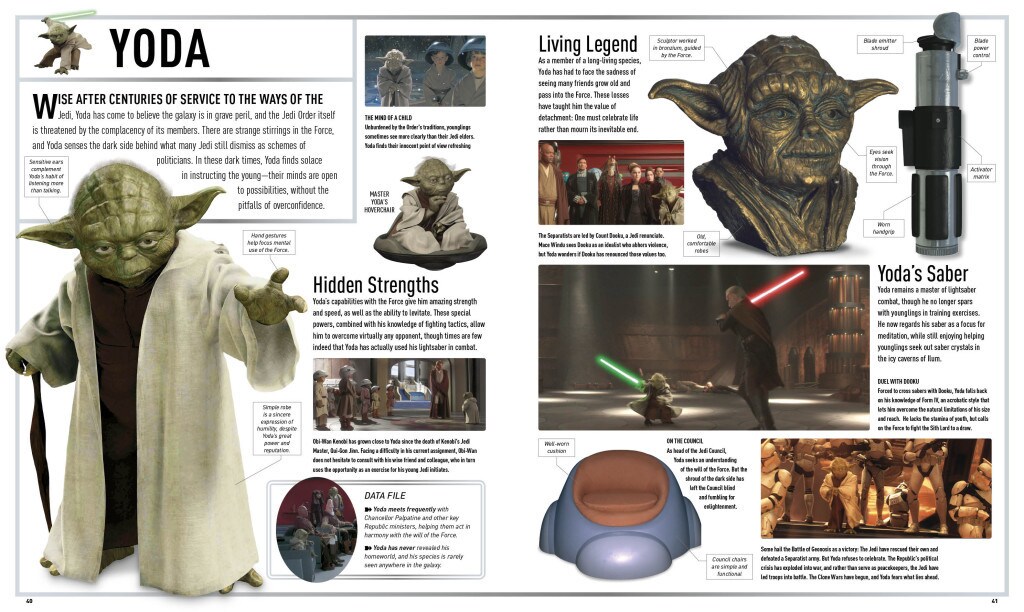 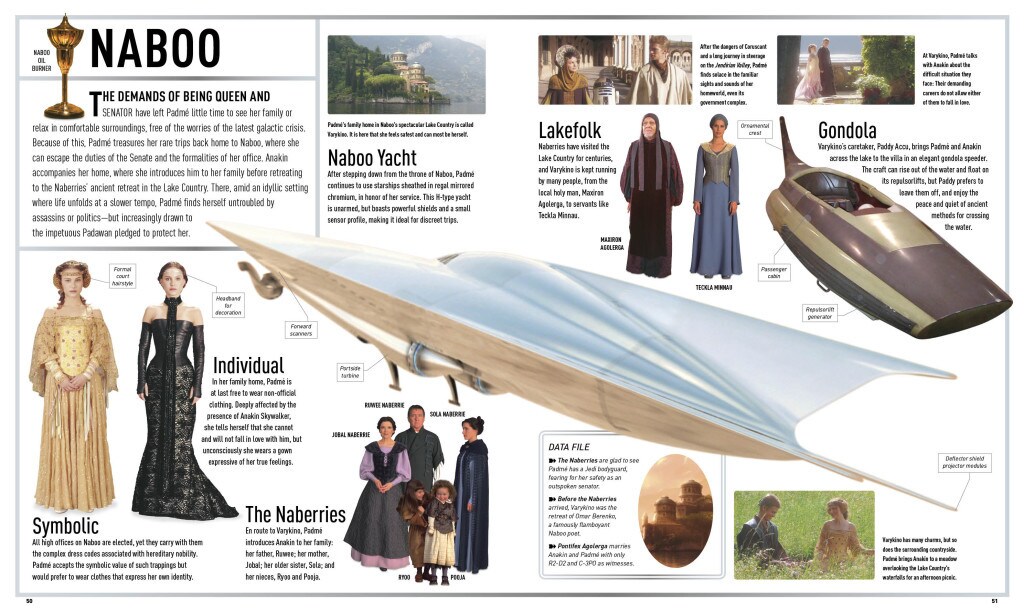 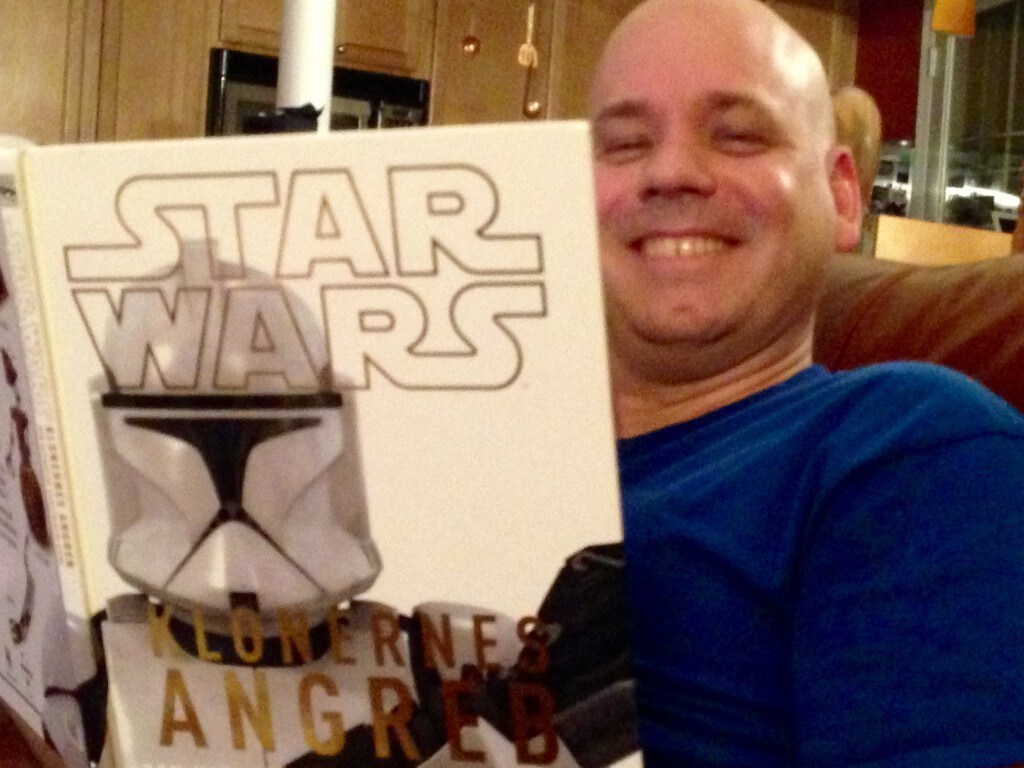