Forget what you know about Jedi and Sith.

Star Wars: Visions, coming to Disney+ this September, will feature a collection of animated Original Short Films created by some of the world’s biggest anime studios. Each story promises to be a unique take on the galaxy far, far away, including new interpretations and remixes of Star Wars mythology. Kamikaze Douga’s The Duel, helmed by director Takanobu Mizuno, focuses on Jedi and Sith, but with an alternate history pulled from Japanese lore -- and it has become the inspiration for a new Star Wars novel unlike any other in recent memory. 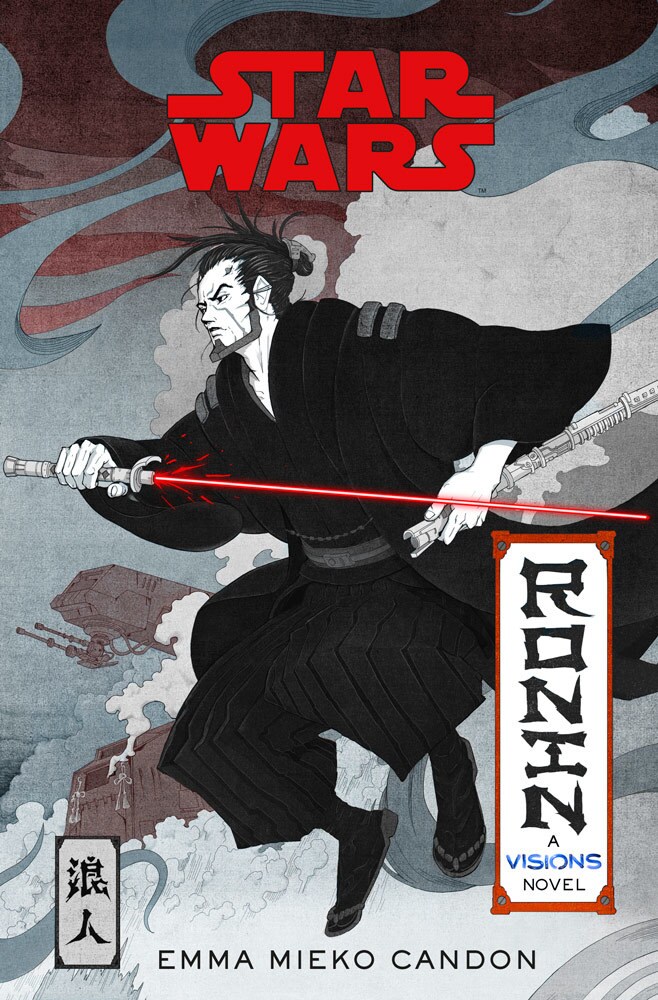 Star Wars: Ronin: A Visions Novel by Emma Mieko Candon, coming October 12, will expand on the world of The Duel, telling the story of a former, unnamed Sith -- known only as Ronin, i.e., a wandering samurai -- as he travels the galaxy. According to James Waugh of the Lucasfilm Story Group and executive producer of Star Wars: Visions, there was just too much left to explore in creative producer Jumpei Mizusaki’s vision (for lack of better term) to stop with one tale. “Out of all the shorts, The Duel felt most rife for an ongoing story in a novel. Another one of Ronin's adventures. One of the things I always loved about the short was that it was clear there was a larger history at play. That this wasn't the first adventure this warrior had been through and it certainly won't be their last. What are those stories?” Waugh tells StarWars.com. “The team at Kamikaze Douga were very generous in obliging our interest in continuing the storytelling and had a ton of ideas to lend in the creative process. Visions allows us to explore Star Wars expressed in new ways. And this book is unlike anything we've done before."

With Ronin, Candon will be taking their first steps into Star Wars. It’s a unique opportunity, even by Star Wars standards. “I’ve dreamed of contributing to the Star Wars mythos since I started writing in earnest, but I never imagined I’d be able to do so from such a personal angle,” Candon says. “In that sense, Visions -- and Ronin in specific -- has been a gift, both as a fan and as a creator.” As Candon builds upon the groundwork of The Duel, they looked to specific influences that have informed both Star Wars and anime.

“In brief, jidaigeki [period dramas], Japanese monsters and folklore, and war trauma” inspired Ronin, Candon says. “The Duel is very much in conversation with period dramas a la [Akira] Kurosawa, while the latter two felt like natural Japanese extensions of the ‘Star’ and ‘Wars’ parts of Star Wars. Jidaigeki love samurai as protagonists because they’re suspicious of samurai as a class, and our Ronin falls right into that trope. I had to ask how this man rejected (or was rejected by) his social role, and why he continues to cleave to it. Why does he still carry that tell-tale red blade? And why does he hunt his own?”

While Ronin looks to be a character study though The Duel’s singular lens, it’s also something else.  Ronin will reflect parts of Candon’s own story, as well. “A Star Wars movie made me ‘get’ representation, and I’ve tried to honor that feeling in this book for my own sake and for other people,” Candon says. “Besides being Japanese, I'm also a chronically ill, queer cyborg, and all of that showed up in some regard.”

And that ethos is reflective of the spirit or Star Wars: Visions: putting one’s own spin, and self, on and into Star Wars.

“I love that Visions as a whole is a grand recursive experiment. A fairy tale of a fairy tale. A myth built upon modern mythology,” Candon says. “Also, I think that sometimes I was funny!”

Read the official synopsis for Ronin below!

A mysterious former Sith wanders the galaxy in this stunning Star Wars tale. An original novel inspired by the world of The Duel from the Star Wars Visions animated anthology.

The Jedi are the most loyal servants of the Empire.

Two decades ago, Jedi clans clashed in service to feuding lords. Sickened by this endless cycle, a sect of Jedi rebelled, seeking to control their own destiny and claim power in service of no master. They called themselves Sith.

The Sith rebellion failed, succumbing to infighting and betrayal, and the once rival lords unified to create an Empire...but even an Empire at peace is not free from violence.

Far on the edge of the Outer Rim, one former Sith wanders, accompanied only by a faithful droid and the ghost of a less civilized age. He carries a lightsaber, but claims lineage to no Jedi clan, and pledges allegiance to no lord. Little is known about him, including his name, for he never speaks of his past, nor his regrets. His history is as guarded as the red blade of destruction he carries sheathed at his side.

As the galaxy's perpetual cycle of violence continues to interrupt his self-imposed exile, and he is forced to duel an enigmatic bandit claiming the title of Sith, it becomes clear that no amount of wandering will ever let him outpace the specters of his former life.