StarWars.com gets the inside scoop on this year’s Disney Parks figure celebrating the festive season.

This is the droid you’re looking for…if you’re in need of some holiday cheer.

Every holiday season, Disney Parks releases one special Droid Factory figure. There’s been an astromech in a Santa hat, a droid holding mistletoe, and a red-and-green R2 unit, to name a few. This year, the Disney Parks elves have toiled away in the toy shop to create a new festive figure: the cleverly-named R5-D33R, a red, white, and gold droid from Hoth that sports antlers atop its unique dome. Plus, some favorites from years past have been rereleased in a box set, and come with all-new winter weather accessories. Available at Disney Parks, they’re sure to bring the magic of the season to your entire collection. As longtime fans of Disney Parks’ holiday-themed droids, StarWars.com caught up with Cody Hampton, brand merchandising at Disney Parks, Experiences and Products, about creating a droid that could guide Santa's sleigh. StarWars.com: I love the idea of a reindeer droid! How did you come up with the concept for R5?

Cody Hampton: Every year our team gets excited to brainstorm a new droid for the holiday season. This year’s droid drew inspiration from many different areas. We knew we wanted this droid to be on a cold, wintery planet like Hoth, and thought about what one might encounter there. Drawing on traditional archetypes of the season, reindeer, and Ralph McQuarrie’s 1979 holiday illustration where R2-D2 had antlers, we found our main inspiration, and R5-D33R was created! 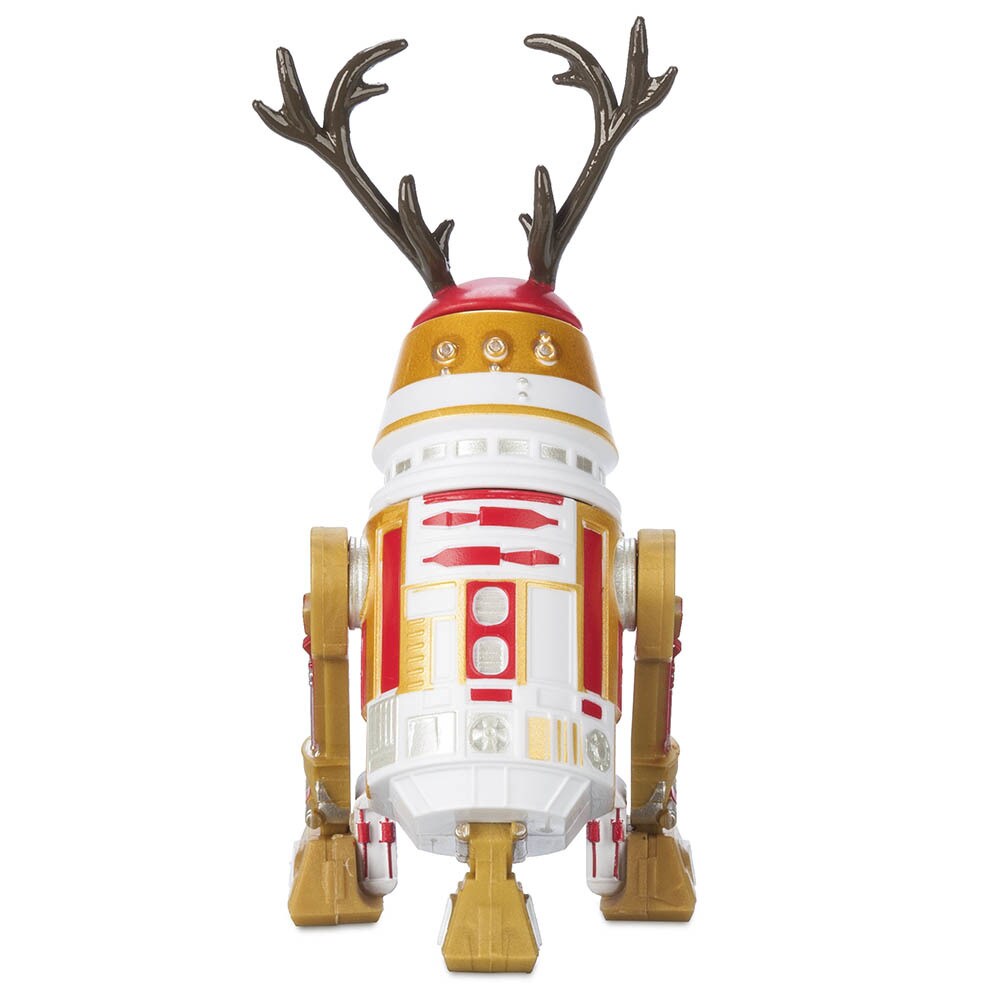 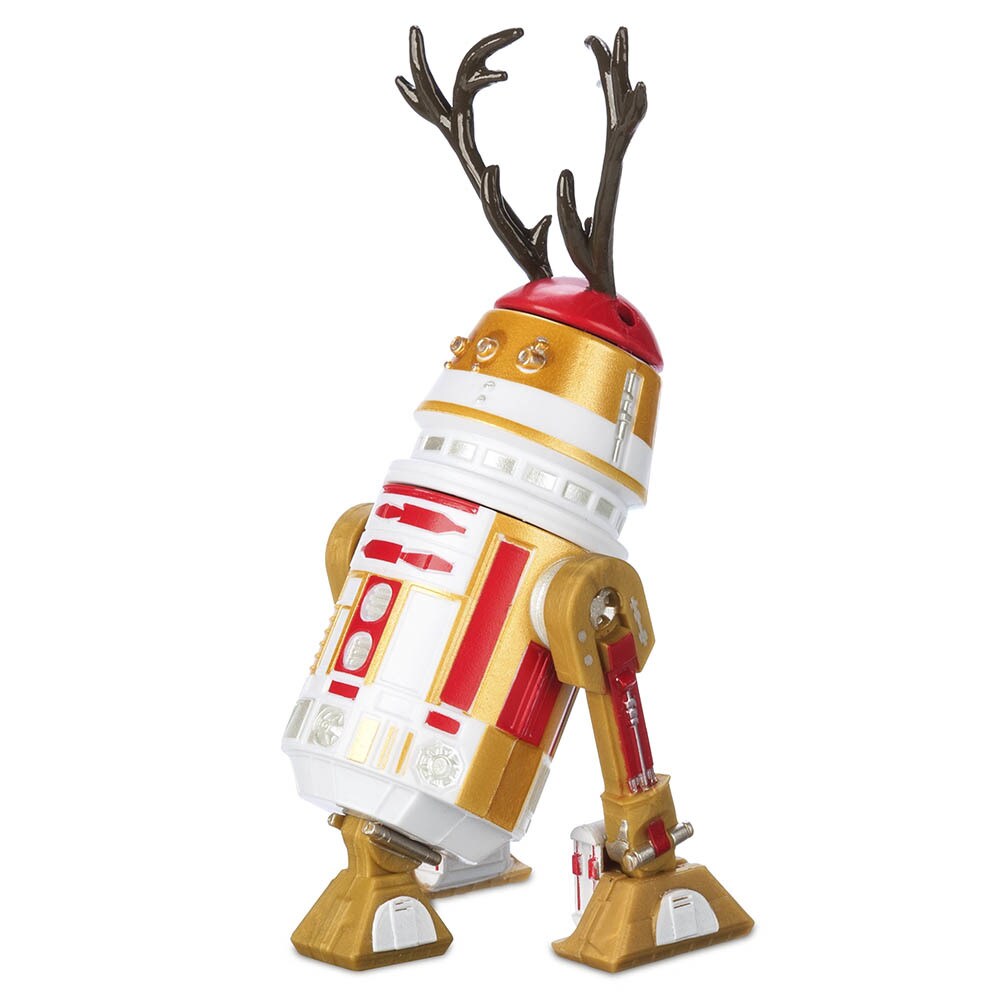 StarWars.com: This also the first time we've had an R5 dome in the series. Why did you make that design choice?

Cody Hampton: R5-D33R is our fifth R-series astromech in the holiday-themed Droid Factory series, so naturally we went with an R5 dome. The antlers definitely suit the droid, but are also removable giving extra variety for fans to mix and match.

StarWars.com: The color scheme is really beautiful, especially with the gold accents. Can you talk about how you landed on this look?

Cody Hampton: The red and gold color scheme is so classic for the holidays, so we played with the image of what a reindeer with sleigh bells may look like and incorporated the colors into R5-D33R. 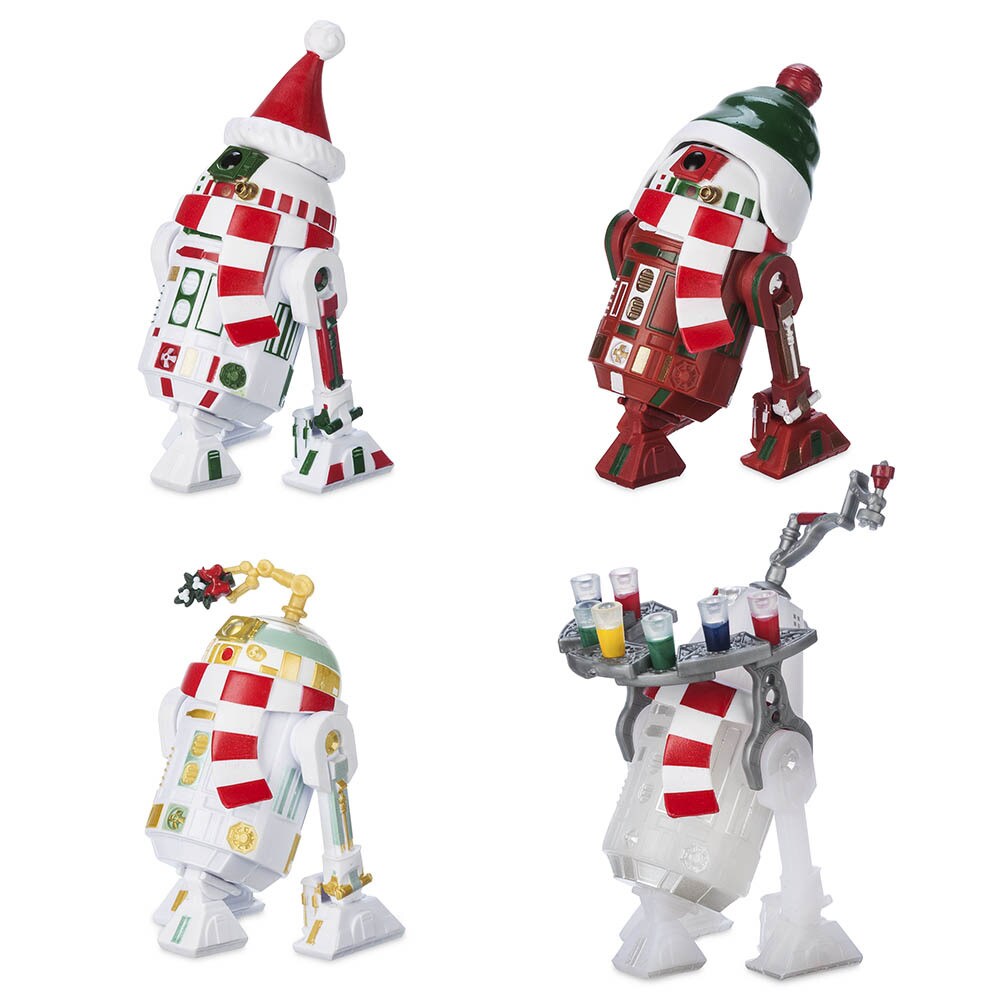 StarWars.com: You've also released a box set of four previous holiday droids that have been unavailable for years. Is this something fans have been asking for?

Cody Hampton: Releasing a box set featuring our first four R-series astromechs is a great opportunity to give some newer collectors the opportunity to get droids they may have missed from holidays past. We included a new scarf accessory on each droid in the set so that our collectors who have been with us from the beginning could take part in the fun as well. StarWars.com: Something my kids and I love to do is mix and match parts between the droids. Would you ever consider an accessories pack to allow for more customization?

Cody Hampton: It is so great to hear all of the fun ways our fans play with these droids, and we’re always looking for more ways to expand the line!

StarWars.com: This series has become a holiday tradition for tons of fans, including me. Why do you think it’s become so popular?

Cody Hampton: We believe these have become so popular because they’re fun, whimsical, and unique droid designs. It’s our hope that the Droid Factory series offers fans something to look forward to every holiday season, and now that six years have passed, fans are continuing to build quite the collection.