The Holiday Droids You're Looking For

How Disney Parks hatched a creative and festive action-figure tradition.

Every year since 2015, Disney Parks have released exclusive holiday-themed droid action figures, each with festive color schemes and accessories. For those who love both the spirit of the season and a galaxy far, far away (like me), they're delightful. A white-and-gold astromech -- with an arm stretching from its dome, dangling mistletoe? Only Wuher, the Mos Eisley cantina bartender, wouldn't be charmed. "The idea stems back to the Droid Factory Experience within Disney Parks, where guests can build their own droid," Cody Hampton, senior merchandiser, strategy and product development of Disney Parks, tells StarWars.com. "The second inspiration is the fantastic Star Wars holiday artwork created by Ralph McQuarrie during the time of the original trilogy. The image of C-3PO and R2-D2 featuring reindeer antlers is so iconic and memorable. So with these two ideas, we wanted to create limited release droids that are unique in their own way with a holiday twist."

The first themed droid made for Disney Parks was R2-D60, celebrating the 60th Anniversary of Disneyland Resort in 2015; it was such a success that the Parks released a holiday-themed astromech -- complete with a white, red, and green color deco, and a removable Santa hat -- dubbed R2-H15. With that, a new line and tradition (and naming convention, as H is short for "holiday," followed by the figure's year of release) was born. "We received such positive feedback from our first holiday droid R2-H15, we even extended the theme to Halloween droids and other themed celebrations," Hampton adds.

Thus far, four holiday-themed droids have been released following R2-H15: R2-H16 hit shelves in 2016, notable for a primarily red body and winter cap accessory; the white-and-gold R3-H17 arrived in 2017, toting some mistletoe; and 2018's R4-H18, available now, is something of a departure. R4 sports a clear body and comes with a drink tray, carrying glasses colored to look like a string of lights. "Every year, the merchandise team looks at different holiday elements and really starts to brainstorm what themes will resonate with our guests," Hampton says.

To show just how much thought goes into these figures, there's even an art and story element -- turning what could be just clever toys into something more. Each droid comes in unique packaging featuring a digital illustration of the figure against a Star Wars locale, while a short bio on the cardback tells where the droid is primarily located and what it does, which is often tied to its appearance. R4-H18 doesn't look like shimmering crystal and serve beverages for no reason; it's because the droid comes from Canto Bight, the casino city in Star Wars: The Last Jedi. "Although they are fun and a nod to the holiday, we really wanted to create unique personalities and backstories for each droid," Hampton says. "We take the same approach for all of our limited release single packaged droids." Despite this grounding in story and design, one truly fun aspect of these figures is customization. Parts are removable and can be easily mixed and matched across droids -- an intentional feature, as the line stems from the Droid Factory Experience at Disneyland Resort, Disney’s Hollywood Studios, and at Disney Springs at Walt Disney World Resort, where you can build your own droid figure. 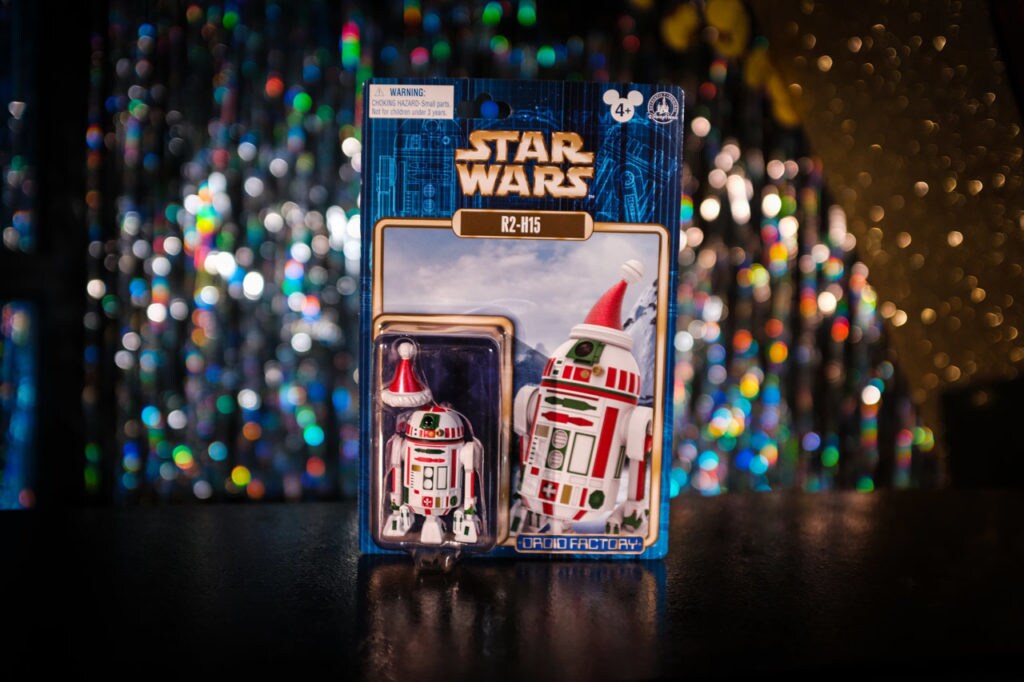 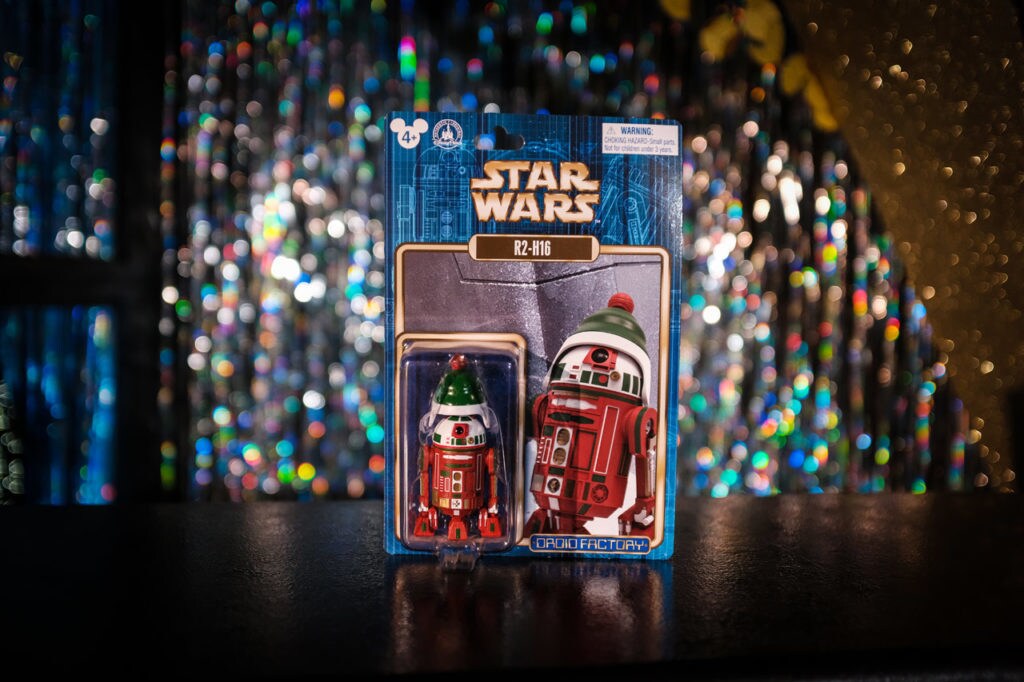 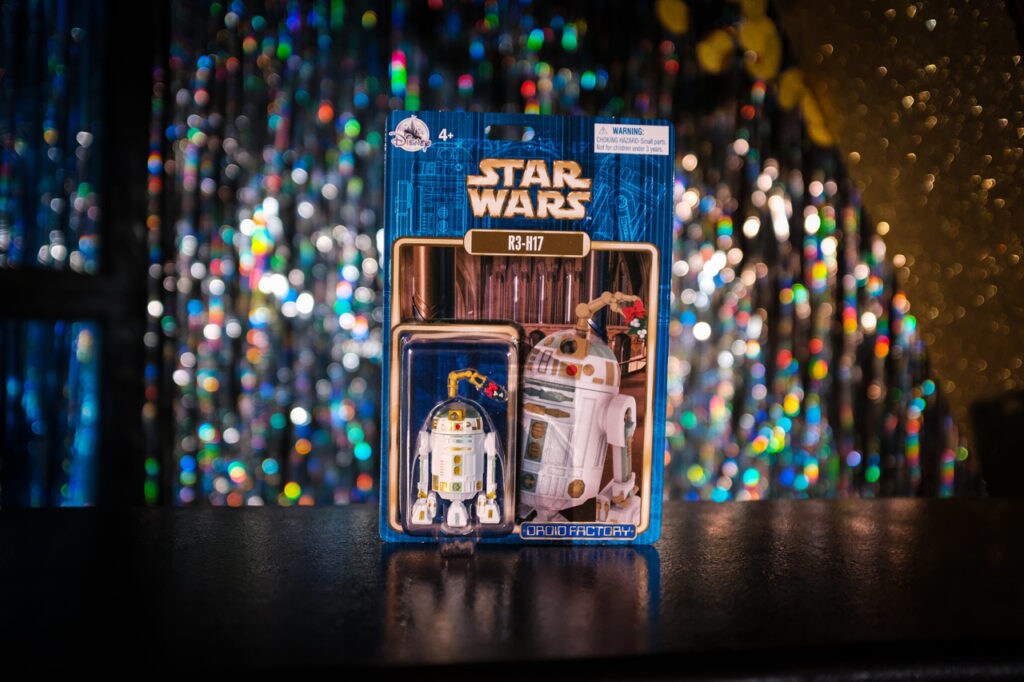 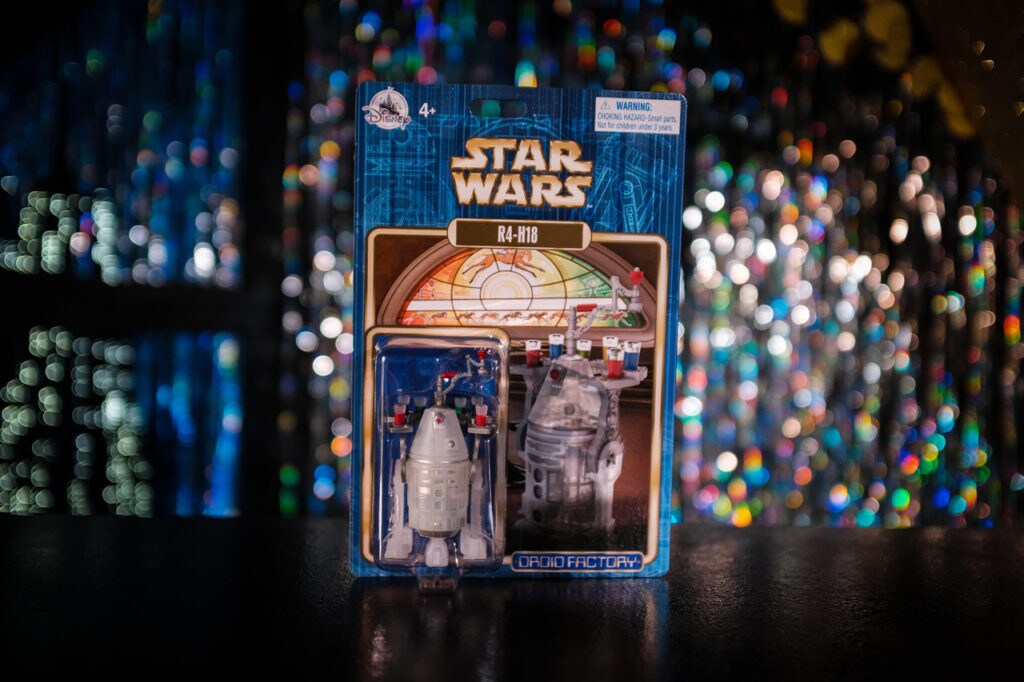 Like the best gifts, Disney Parks' holiday droid line was a true surprise we didn't know we wanted. Now it's a tradition, thankfully with no end in sight.

"The holiday season is filled with so many different aspects to be inspired by," Hampton says. "So we are hoping to keep this limited release series going for several years."