Get a first look at Hasbro's tribute to the original look of the iconic bounty hunter!

The original, original Boba Fett is back -- and will join Hasbro's popular 6-inch action figure line, the Black Series! Check out StarWars.com's exclusive first look at Prototype Boba Fett below! 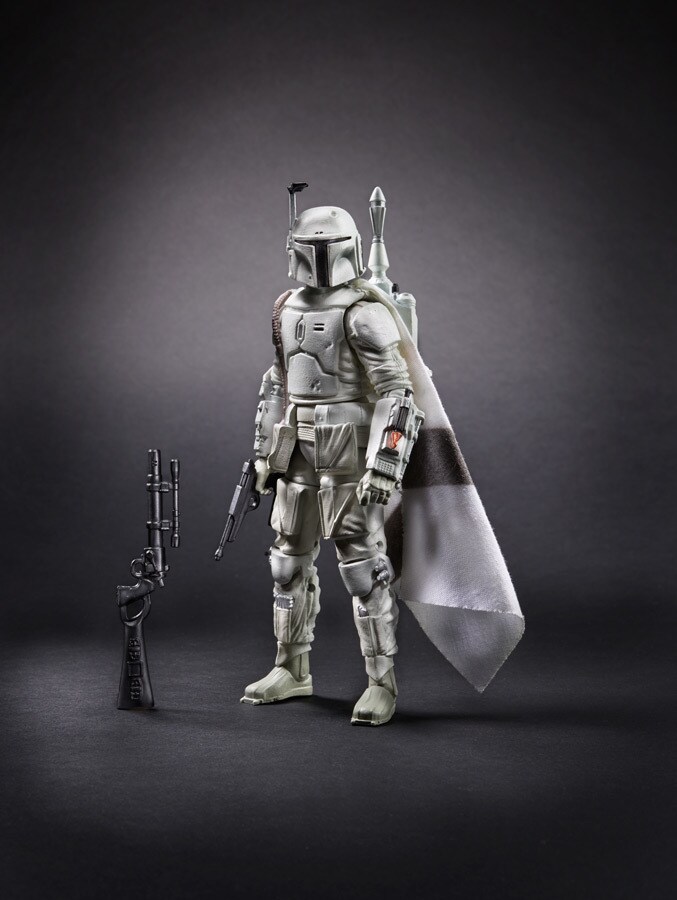 While Boba Fett's iconic Mandalorian armor has become one of the most famous designs in all of Star Wars, it started out with a very different color scheme. In early concept art by Ralph McQuarrie and Joe Johnston, seen in the accompanying gallery, the bounty hunter was depicted wearing sleek, all-white armor. On June 28, 1978, Star Wars sound designer Ben Burtt and The Empire Strikes Back assistant film editor Duwayne Dunham debuted the costume with a test video (also available below), detailing its weaponry and functionality; the colors would later be developed to what has become Fett's definitive look, but it all began with this early version.

Hasbro's figure is a tribute to this important piece of Star Wars history and design -- look for it exclusively at Walgreens this fall, with preorders opening at San Diego Comic-Con later this month!