Learn these words of wisdom as part of your Jedi training of parenting.

In many ways, being a parent is every bit as adventurous and exciting as being a Jedi. It’s just messier. Luke may have had his hero’s journey, but every parent goes through similar trials and experiences similar hazards, successes, and setbacks. Most of the time, it’s an adventure worthy of an epic franchise. Parenting is rewarding, exhilarating, frustrating, and inspiring. It’s also a long road made up of countless twists, turns, and unexpected bumps. Here, then, are 15 classic Star Wars quotes that perfectly sum up the parenting journey.

This is where it all begins, isn’t it? Congratulations! Your journey as a parent has only just begun. 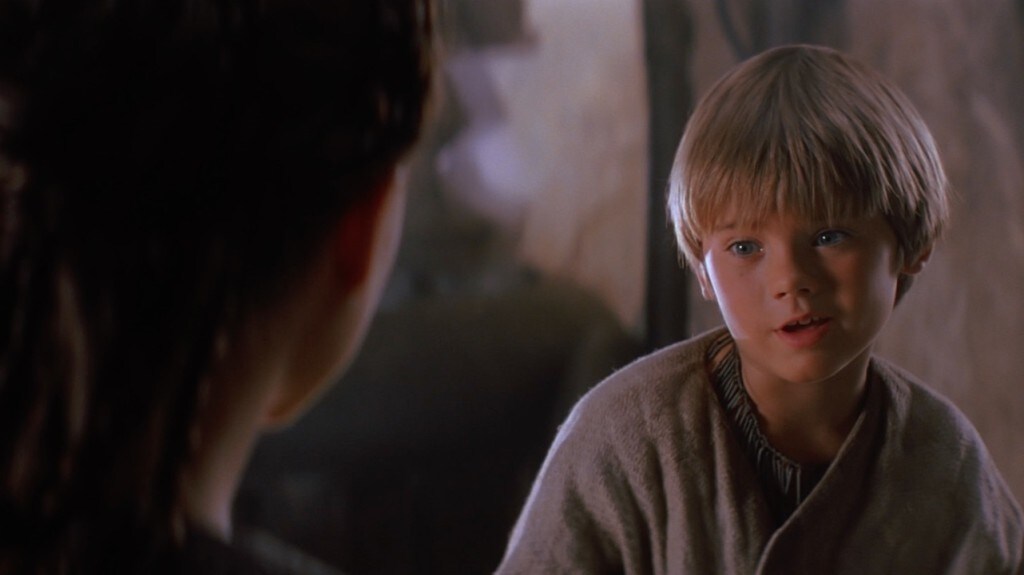 The first time you see your newborn is a magical moment that cannot be described with words. The wave of emotions that washes over you is incredibly intense and -- for the most part -- intensely gratifying. Staring down at your brand-new baby, all thoughts end up as some version of this question. He/She is darn near perfect, and for the first week or so, everything seems to be absolute bliss.

3. “There has been an awakening. Have you felt it?” – Supreme Leader Snoke

And then your newborn wakes up. A little secret that most first-time parents don’t know (because nobody bothers to tell them) is that most newborn babies spend the first week or two of their lives asleep. They haven’t quite woken up to the world yet. It’s not uncommon for newborns to sleep 20-22 hours a day. But then they wake up, and midnight (and 2 a.m...and 3 a.m...and 4 a.m...) feedings become routine. Say goodbye to those eight hours of nightly solitude and sleep.

About a month in, the terrifying reality of parenthood descends. The baby is up at all hours, crying, stinky, and demanding. Suddenly, being a parent is all-consuming and overwhelming. And scary. The sober realization that you’re responsible for keeping this tiny human alive can be paralyzing. But do not give in to the dark side! Control your fear! 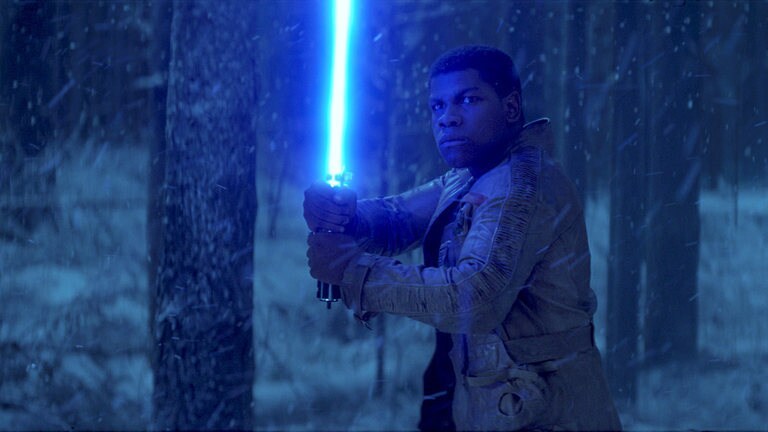 Said with reckless abandon (i.e., a passionate intensity that borders on insanity), every new parent goes through this stage during the first few months. It is, in short, a crazed attempt to assert control over a baby that simply will not listen to reason. “You will sleep! You will eat these strained peas! You will be quiet for the entire car ride! I’m in charge, Baby! I’m in charge!”

Then one day, you put the baby down…and he/she has the temerity to move! That’s right; your baby has learned to crawl and will soon learn to walk! You can’t just expect him/her to stay in one place anymore. Uh oh. As much as you want to be in charge and have clearly defined rules, the reality is that -- as a parent -- you’re always one step away from all-out chaos. The baby quickly becomes a mobile toddler, and I defy you to find a parent who hasn’t uttered this phrase when the house suddenly gets a little too quiet. What just happened?

7. “Train yourself to let go of everything you fear to lose.” – Yoda

The core of Yoda’s Buddhist philosophy is a great lesson for all parents. Eventually, you learn to stop panicking at every strange sound, stop freaking out over every bump and bruise, and fully embrace the role of parent. An inevitability of parenthood is that we all ultimately change our lives for our kids. A lot of people try to fight this, but there’s really no point. It might be a subtle change, or it might be a dramatic transformation, but all parents -- to some extent -- reorganize and reprioritize their lives. And although the specifics are different for everyone, we all learn to let go of things we once thought were essential. 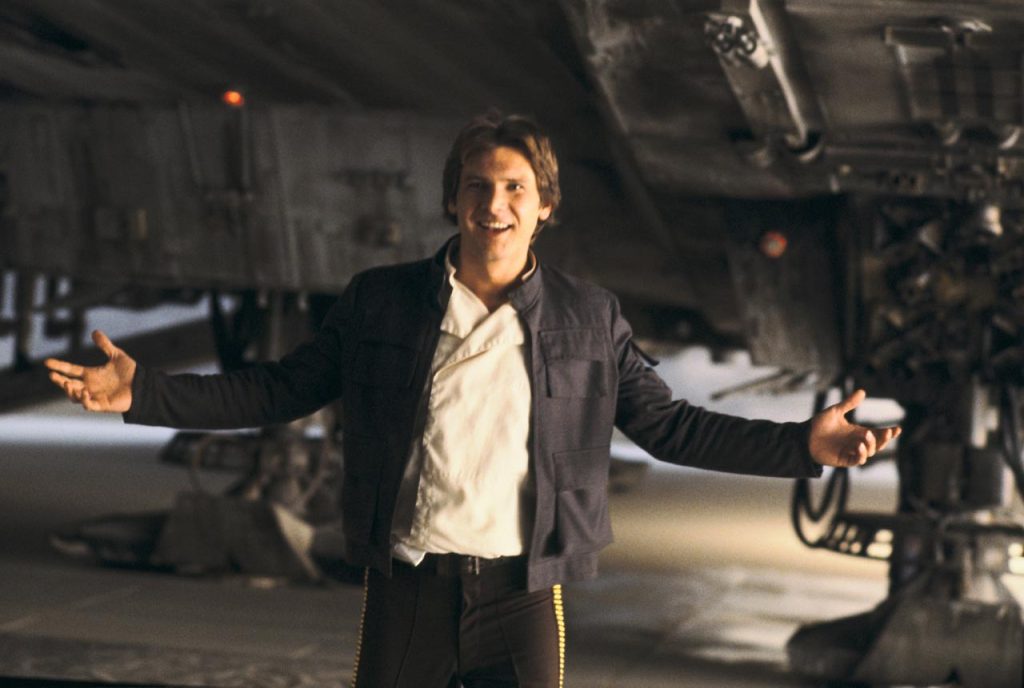 Still, it’s not always a smooth ride. As a parent, you’ll undoubtedly hear this one countless times. Yet it also has relevance to you. Not everything you do is perfect. Though made with the best of intentions, not every decision you make will have stellar consequences. Sometimes, the kids make an impressive mess of things. Other times, we screw things up just fine by ourselves.

The kids grow up. They go to preschool. They enter elementary school. They completely idolize you. There is perhaps no better definition of unconditional love than a kindergartner. They hang on your every word and believe everything you say with 100 percent certainty. It’s amazing, really. Imaginations soar, and it’s your job to stoke their dreams and help them navigate the confusing and complex paths they need to travel. You may have taught them the alphabet, animal sounds, and how to ride a bike, but you also have to teach them about the world. That’s a responsibility like no other. 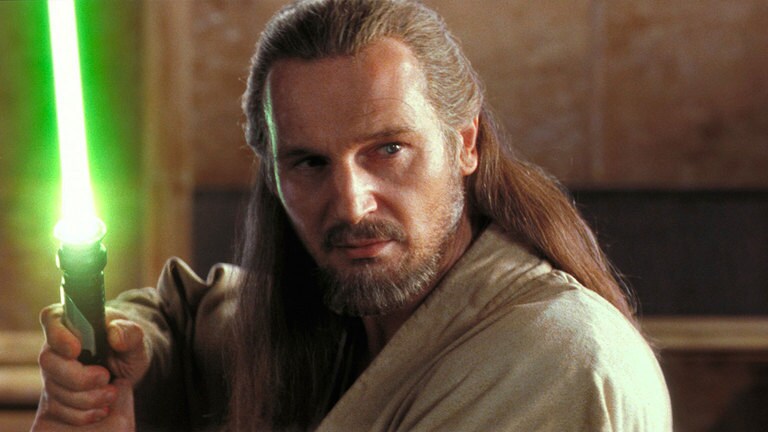 10. “The ability to speak does not make you intelligent.” – Qui-Gon Jinn

During the middle school years, kids turn independent and rebellious. Suddenly, they’re quoting pop songs you’ve never heard and using technology you probably didn’t think possible. It will often seem like your kid is speaking a different language. On top of that, they’ll begin grumbling about issues you couldn’t possibly understand. How could you? Just a few years ago, they thought you knew everything. Now it’s impossible for them to believe how out of touch and ignorant you are.

The entirety of high school.

12. “You are unwise to lower your defenses!”– Darth Vader

Despite the difficulties, you don’t fall prey to their rebellions or lash out against them. You find a way to assert control and earn respect. Through it all, you stand firm. In short, you find a way to survive.

We all have doubts and moments of weakness. This is natural. As a parent -- and especially as a parent of a teenager -- it’s all too natural to second guess your actions and decisions. What happened to that newborn angel? What happened to that completely trusting kid who idolized you? Kids grow up. They’re desperate to be independent. They test their limits…and your patience. But it’s important to overcome those doubts you have. You may hate your son’s new haircut, you may be angry that your kids flaunt curfew…but you don’t let those emotions control you. That’s the path to the dark side. 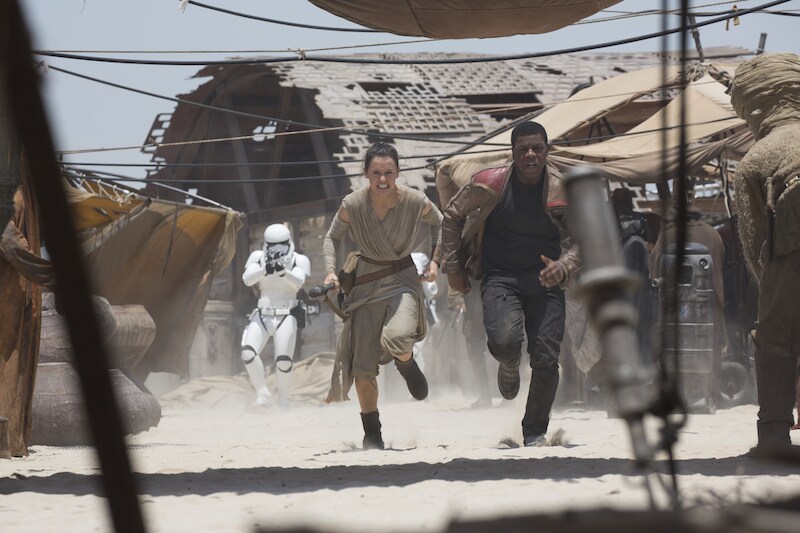 All too quickly, they become adults in their own right. High school becomes a memory and they move on to the next chapter in their lives. The days of blind idolization (and, hopefully, misguided rebellion) are officially over, and they’ve become shockingly independent. As they move on with their lives and wherever that takes them, you can only hope that you’ve done your job well. You’ve set a good example, passed on your most valuable lessons, and taught them to be productive, beautiful, amazing people. They’re now on their own journeys.

There are no second chances as a parent. There are no do-overs. We can’t try something to see if it works and then go back to make a different decision. We can only do…or do not. And hope for the best.