10 Secrets and Surprises from The Skywalker Legacy Documentary

The documentary celebrating the home release of Star Wars: The Rise of Skywalker is full of Easter eggs and behind-the-scenes insights into making the film

Star Wars: The Rise of Skywalker's home release is brimming with bonus materials, offering fans a treasure trove of fun extras and behind-the-scenes goodies to dig into. The crown jewel of this collection is The Skywalker Legacy, a feature-length documentary chronicling the making of the movie.

At two hours and six minutes, the doc is nearly as long as the film it's supporting. The run-time is justified, though, as The Skywalker Legacy is overflowing with fan-pleasing, insider intel. Whether you're wondering where to find the coolest Easter eggs or craving a deeper dive into how Carrie Fisher's footage was integrated, the content-packed documentary has got you covered and then some.

Here's ten of our favorite revelations from The Skywalker Legacy.

The Rise of Skywalker is packed with cameos, from bringing back favorite actors to reprise iconic roles (Warwick Davis as Wicket) to pop-stars (Ed Sheeran) playing aliens. One that slipped beneath the radar, however, was Sally Guinness playing a First Order officer 40-plus years after her grandfather's Obi-Wan Kenobi was struck down by Darth Vader.

The method used to reassemble Kylo's Ren smashed mask was inspired by a Japanese pottery-repairing technique, adhering broken pieces together with gold, intentionally allowing the mended seams to shine through. To make Kylo Ren's repair, designers traded gold for a bright red substance, giving the helmet a more menacing look.

The Rise of Skywalker's stunt coordinator, Eunice Huthart, appears prominently in the documentary. Energetic, enthusiastic, and very hands-on, Huthart not only considered every last detail behind the film's complex stunts -- often acting them out for her actors -- but served as a spirited cheerleader from behind the camera. After watching the doc, you can't imagine the movie being made without her.

4. Puppeteering has a dark side. Sort of.

You'll have a whole new respect for the film’s talented puppeteers after seeing them bring the Aki-Aki children to life during the film's Festival of the Ancestors scene. Each of the 14 hand puppets required three puppeteers, most of whom worked beneath the ground in a ditch. Oh, and every morning their claustrophobic work space received a precautionary sweep for scorpions. 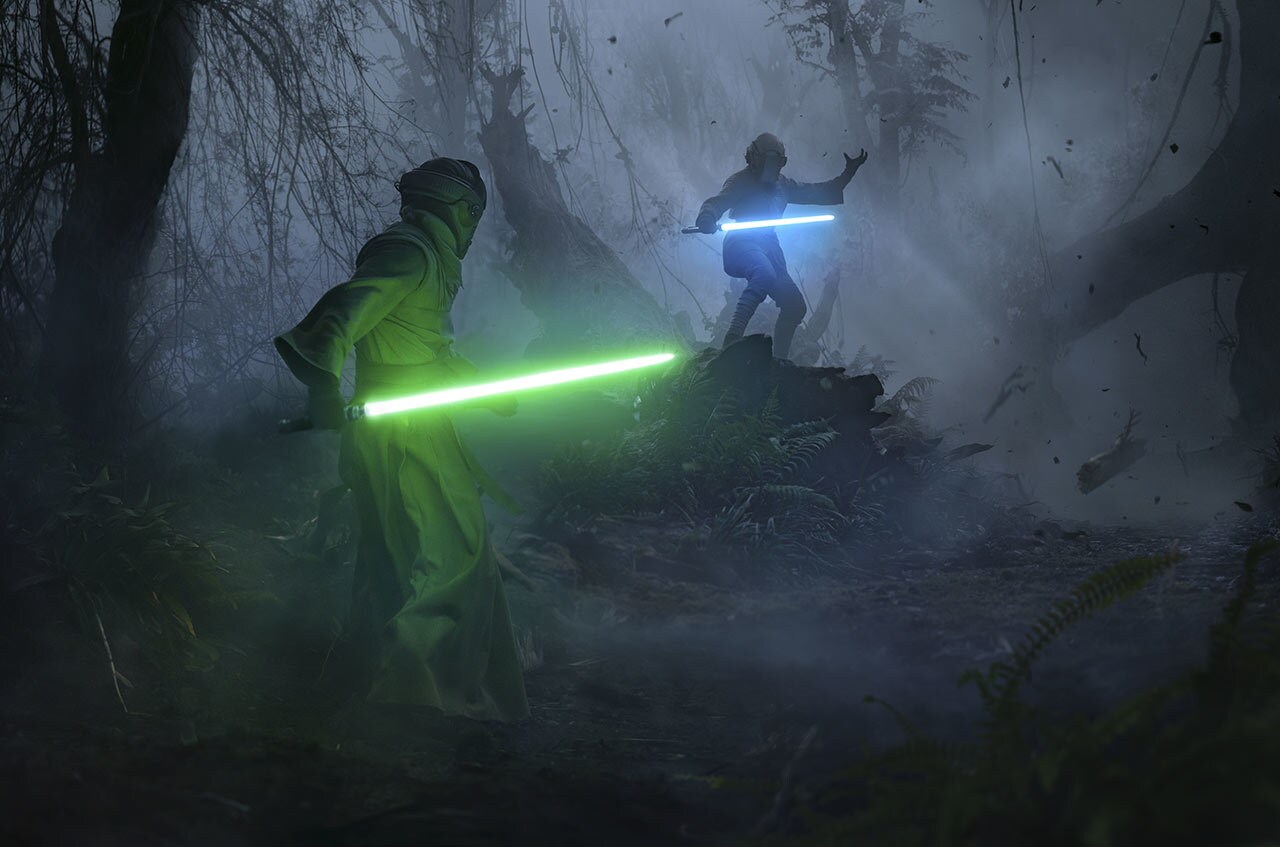 Director J.J. Abrams reveals his favorite moment from the prequels is when Chancellor Palpatine tells Anakin of Darth Plagueis's obsession with cheating death. “It sits there like the greatest set-up of all time,” says Abrams. Actor Ian McDiarmid couldn't have been happier to see the fifteen-year-old plot thread picked up again for the finale of the Skywalker saga. “To get this call, it was once again...it was, a third time, extraordinary experience.”

The doc also refers to the big reveal in Star Wars: Return of the Jedi -- when Luke tells Leia she, too, possesses the Force -- as “a promise that had not yet been fulfilled.” Of course, The Rise of Skywalker rectifies this by not only revealing Leia Organa as Rey's Jedi Master, but also showing a young Luke and Leia sparring with lightsabers. 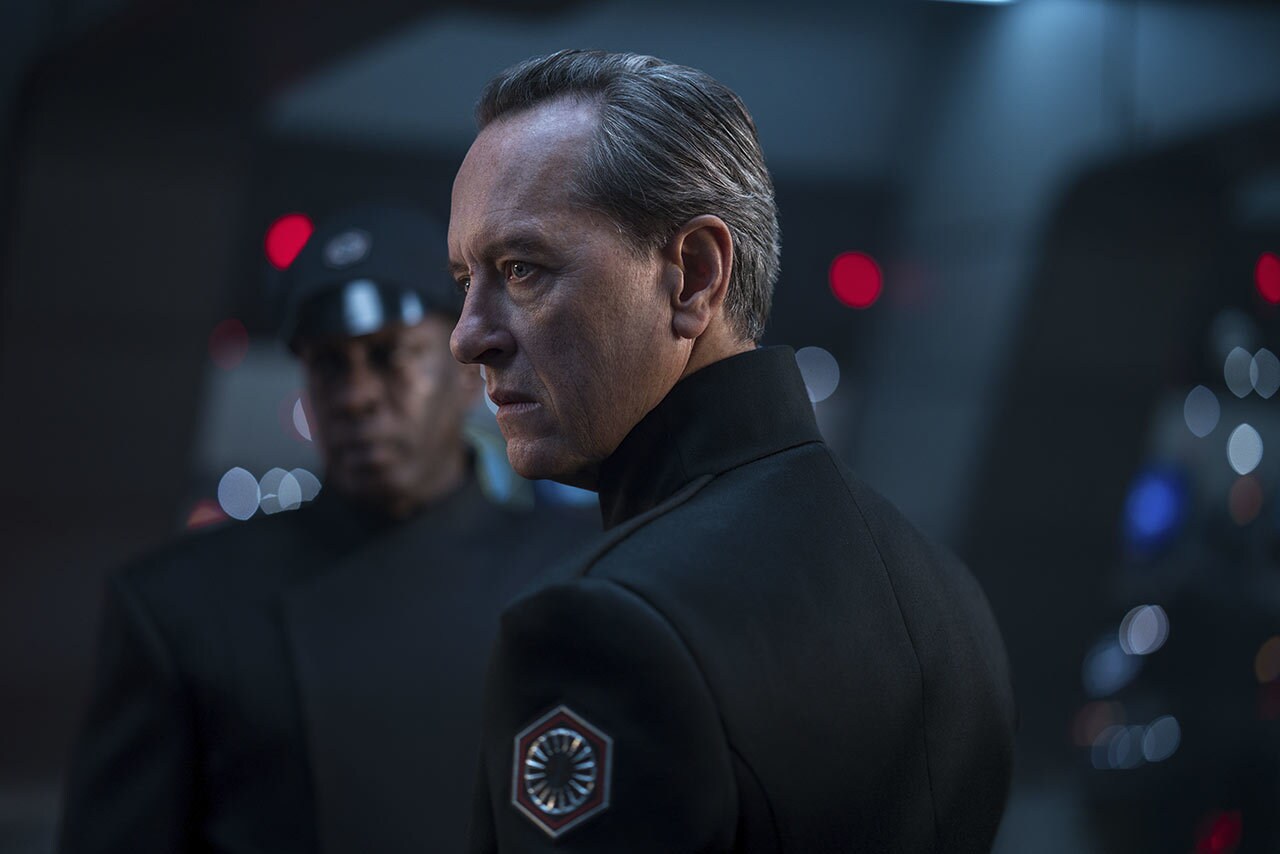 6. Richard E. Grant had way too much fun on set.

The Skywalker Legacy reveals distinguished thespian Richard E. Grant is a next-level Star Wars nerd. When not in character as the menacing Allegiant General Enric Pryde, the actor can be seen wandering around -- smile stretched across his face -- gawking at sets and playing with props. And he's absolutely giddy when discussing his pivotal scene with Domhnall Gleeson's turncoat Hux: “To have a Star Wars gun to take out General Hux was an extraordinarily pleasurable thing to do,” he said. 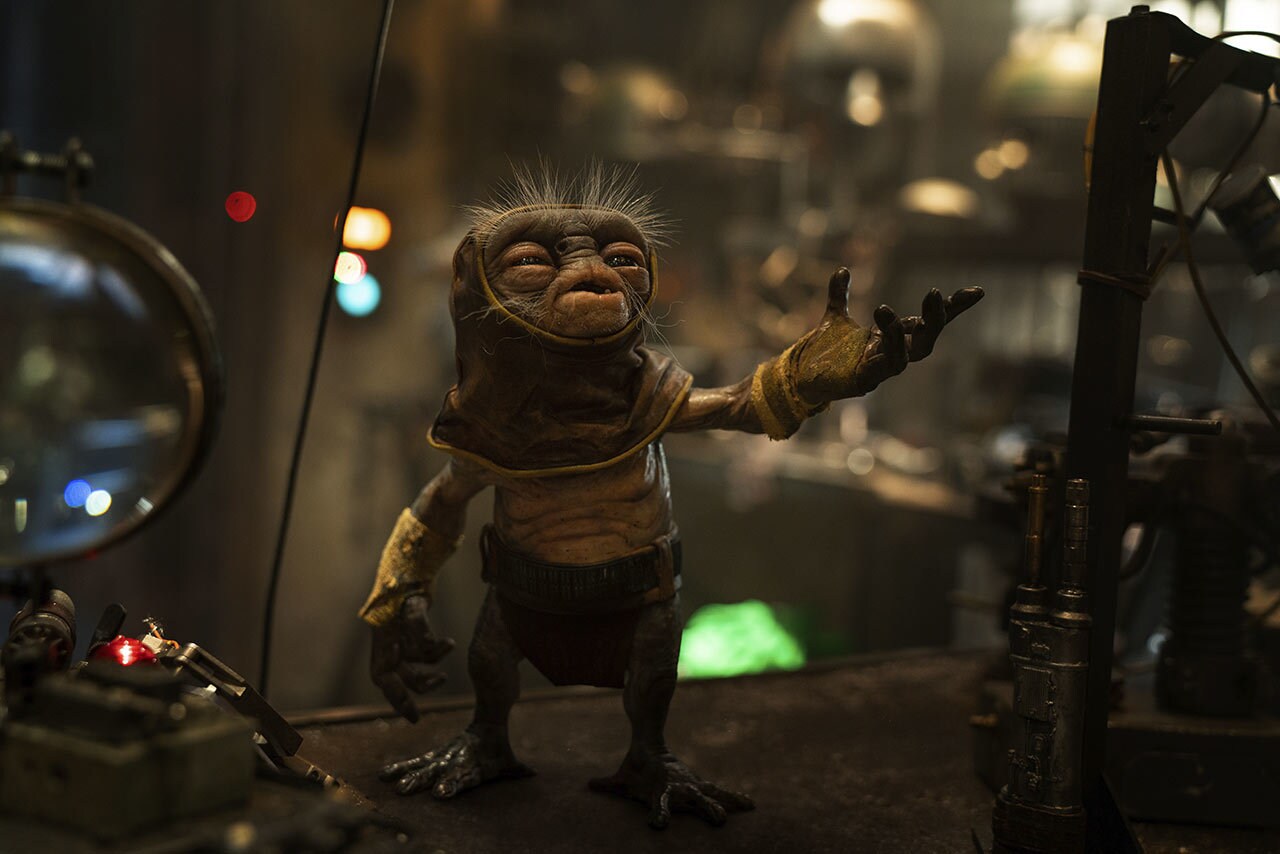 7. Shirley Henderson had a special bond with her on-screen counterpart Babu Frik.

Adorable droidsmith Babu Frik emerged from the Rise of Skywalker as one of fans' new favorite characters. The tiny tinkerer becomes even more lovable when you discover he was controlled by the actor voicing him, Shirley Henderson. Watching the talented voice performer receive a crash course on puppeteering is one of the doc's highlights, especially when you see her skills seamlessly come together to bring the alien to life.

If John Williams' Kijimi cameo wasn't enough of an Easter egg for fans of the revered composer, then the other 51 in his scene should do the trick. Serving as individual call-outs to each of his Oscar-nominated films, the blink-and-you'll-miss-them references include everything from an Indiana Jones-style bullwhip to an iron like the one that collided with Daniel Stern's face in Home Alone. Of course, the four-dozen-plus items were all carefully crafted and designed to appear right at home in the galaxy far, far away. 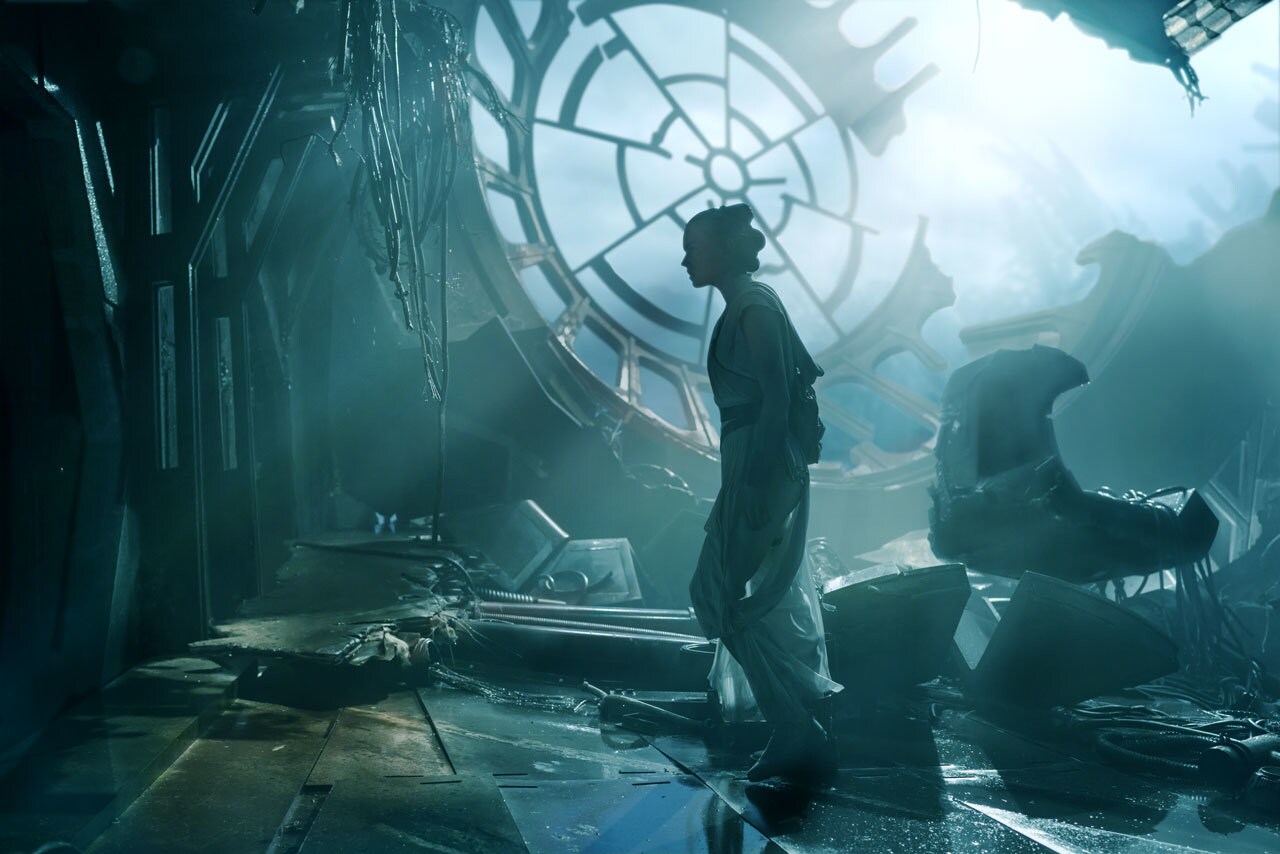 Long before J.J. Abrams resurrected Emperor Palpatine, he was considering revisiting the crashed Death Star from Star Wars: Return of the Jedi. In fact, during the earliest production stages for Star Wars: The Force Awakens, he commissioned concept art for this very idea. The documentary teases a few of these images, including a couple of especially cool ones showing parts of the super-weapon completely submerged beneath the sea.

10. One practical effect is also filled with fiber.

One of The Rise of Skywalker's more memorable action sequences sees the heroes nearly sucked into the Pasaana desert's sinking fields. For the cast's safety and comfort, black beans, among other materials, were used to simulate the dark, deadly sand. While the beans posed no threat to the actors, both Daisy Ridley and Oscar Isaac recounted moments where they had to hold their breath while briefly submerged.

Star Wars: The Rise of Skywalker is available now on Digital, 4K Ultra HD, and via Movies Anywhere, and on 4K Ultra HD, Blu-ray, and DVD.

Star Wars: The Rise of Skywalker The Skywalker Legacy