Above the Polar Sea of Jekara, Luke Skywalker's scanners detect a nefarious presence, but Darth Vader is nowhere in sight. That is, at least, until his TIE emerges from where Luke least expects it.

In Marvel's Star Wars #17, part of the War of the Bounty Hunters crossover centered around Boba Fett’s journey to bring Han Solo to Jabba the Hutt following the events of Star Wars: The Empire Strikes Back, Vader chases young Skywalker down while Leia, Lando, and Chewie take their shot at bringing Solo back home.

Star Wars #17, from writer Charles Soule and artist Ramon Rosanas, with a cover by Carlo Pagulayan, arrives September 29 and is available for pre-order now on Comixology and at your local comic shop. 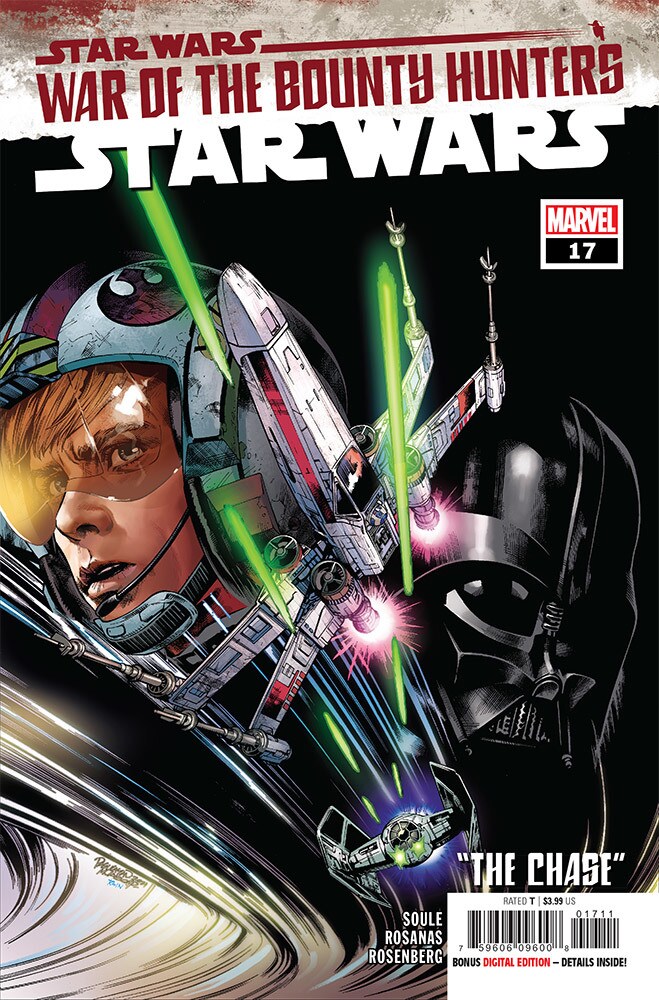 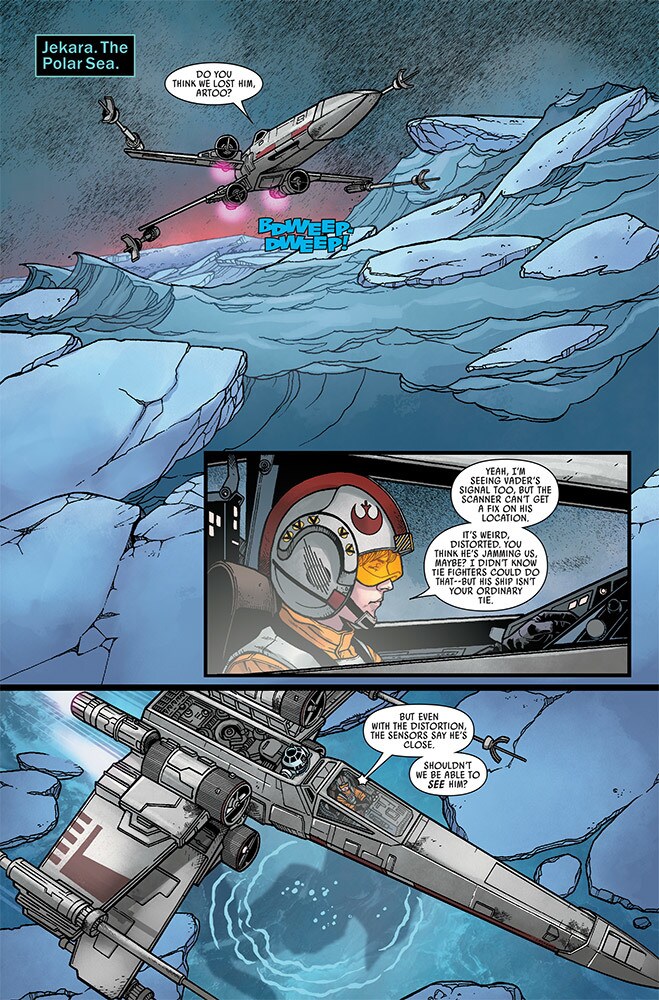 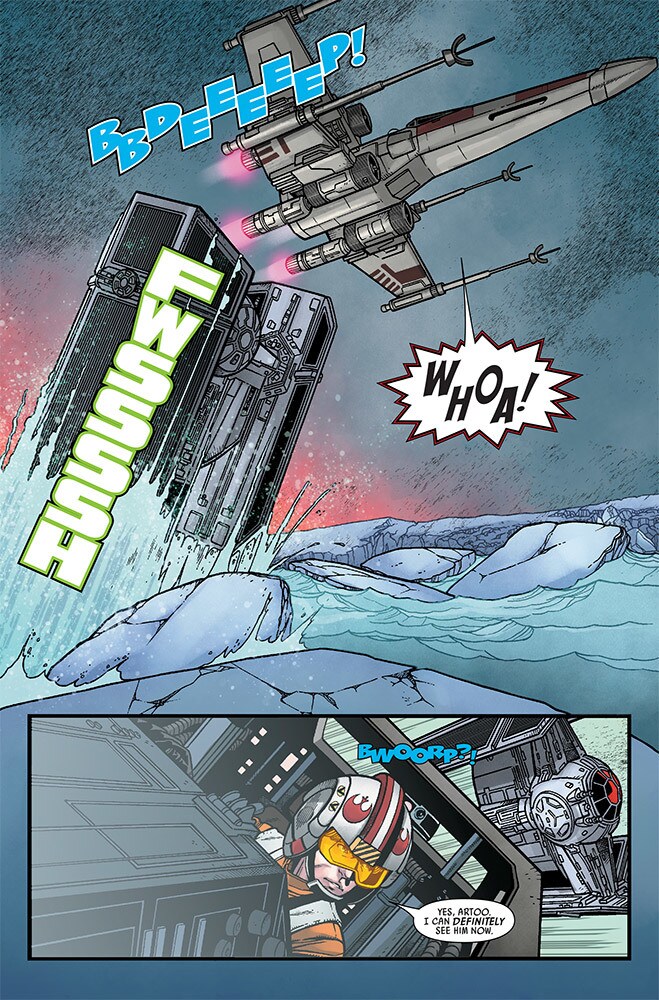 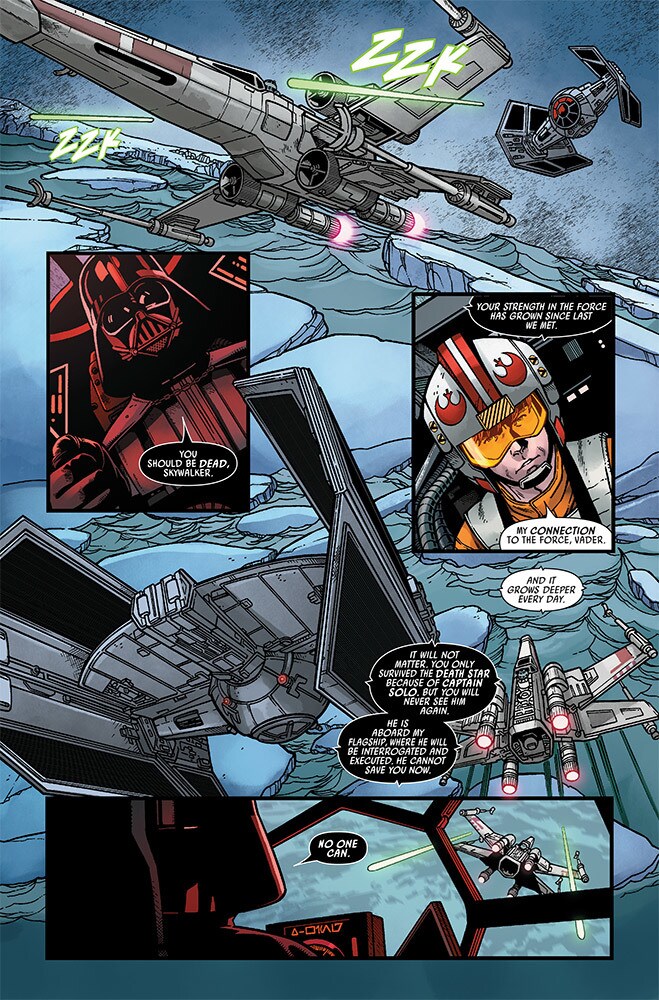