Plus, Darth Vader and Sabé launch an attack against a corrupt Imperial governor.

There’s no hiding from the Emperor.

Qi’ra’s plot to ultimately bring down the Empire is in full bloom, but she hasn’t tricked everyone. In StarWars.com’s first look at Marvel’s Star Wars: Crimson Reign #5, the final installment of the epic miniseries, the Emperor lets it be understood that he knows more about Crimson Dawn’s machinations than once thought.

Meanwhile, in Star Wars: Darth Vader #24, the “Crimson Reign” crossover continues, as Vader and Sabé join forces. The former handmaiden to Queen Amidala has revealed that she knows Vader’s true identity, and has sought his aid in helping Anakin Skywalker’s childhood friend, Kitster. This leads the two on a collision course with a corrupt governor and Crimson Dawn… 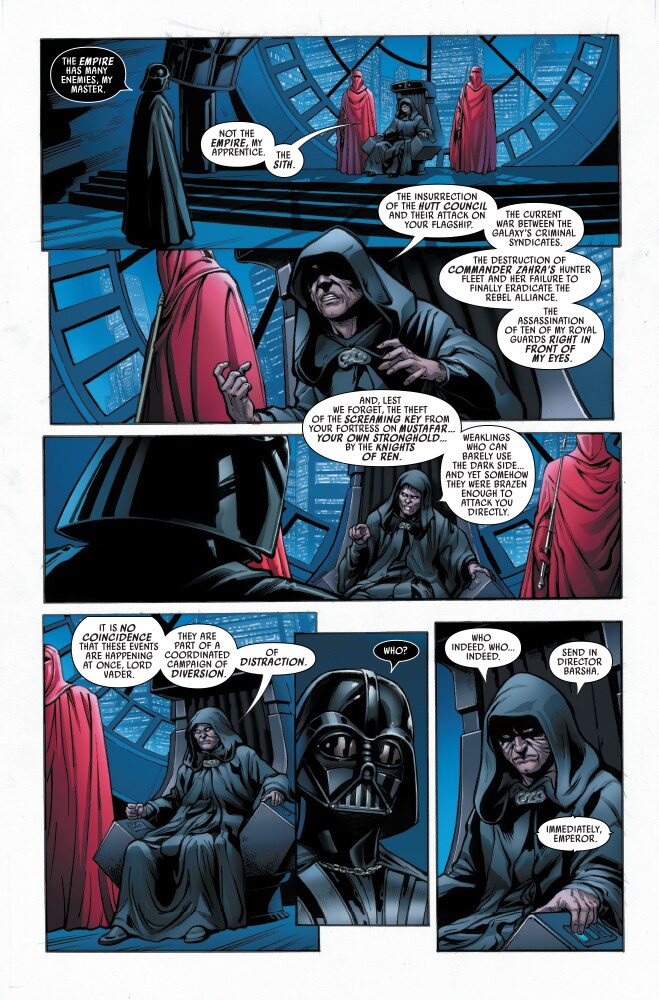 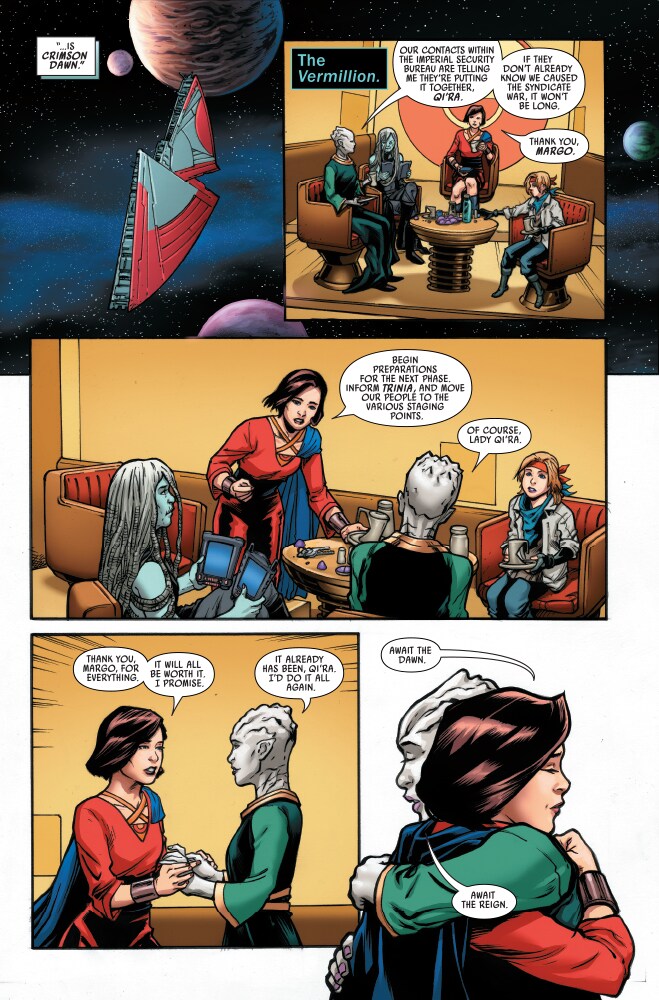 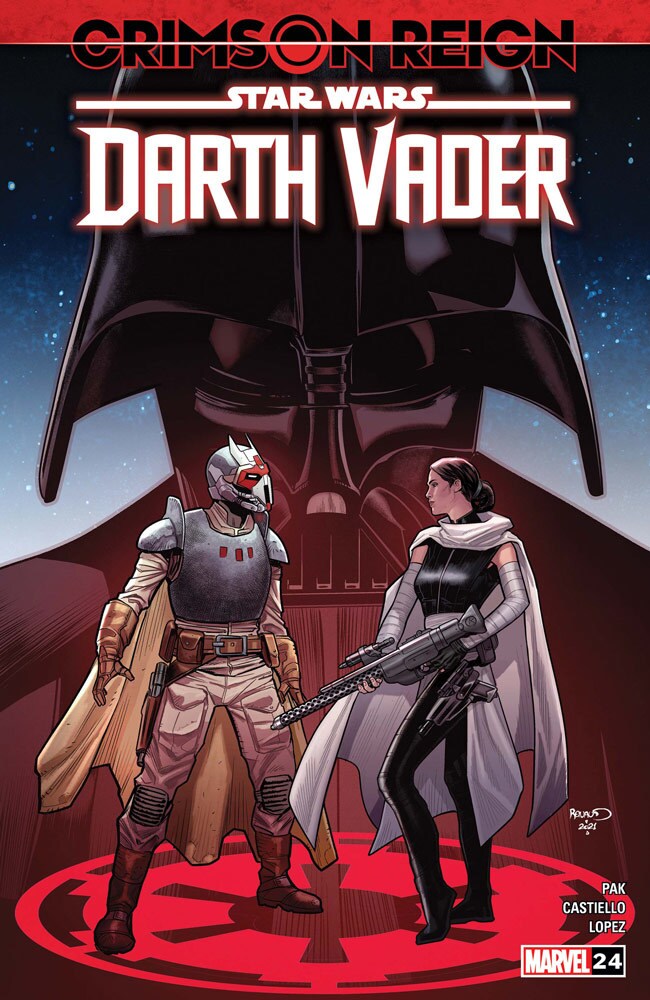 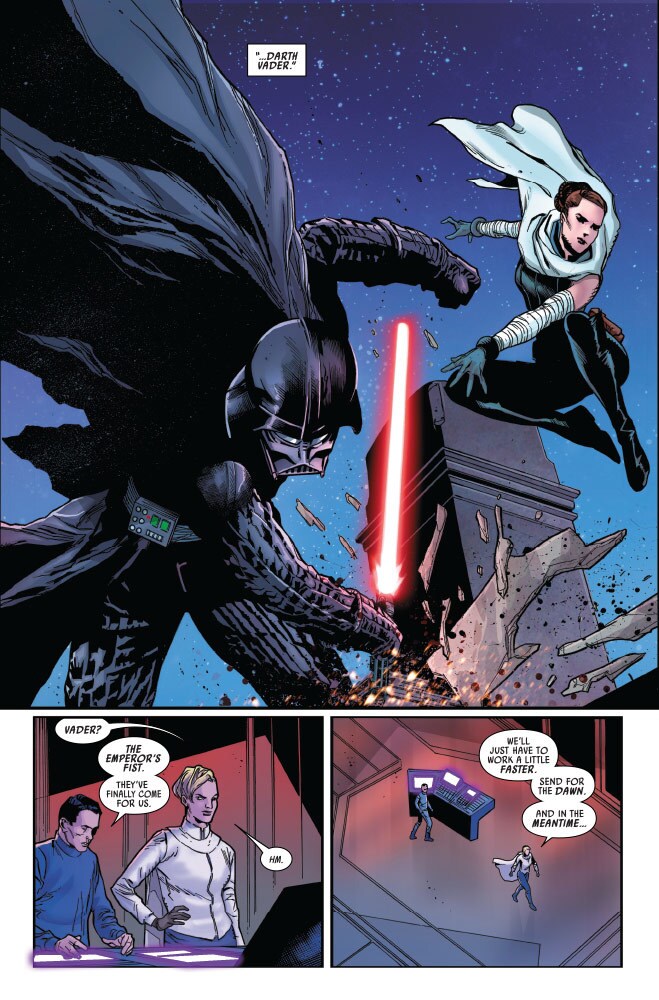 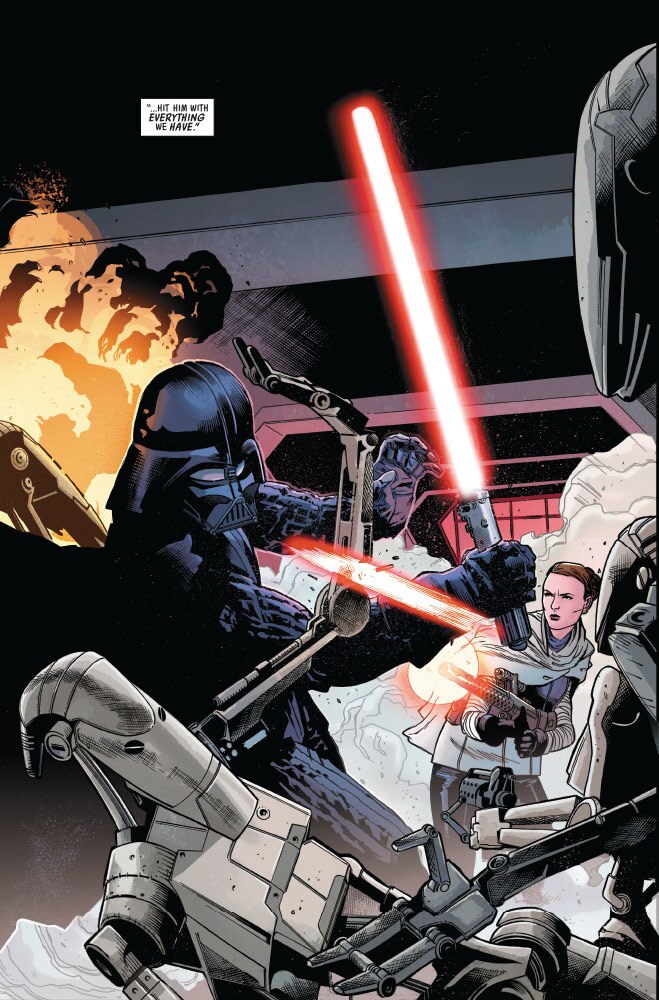 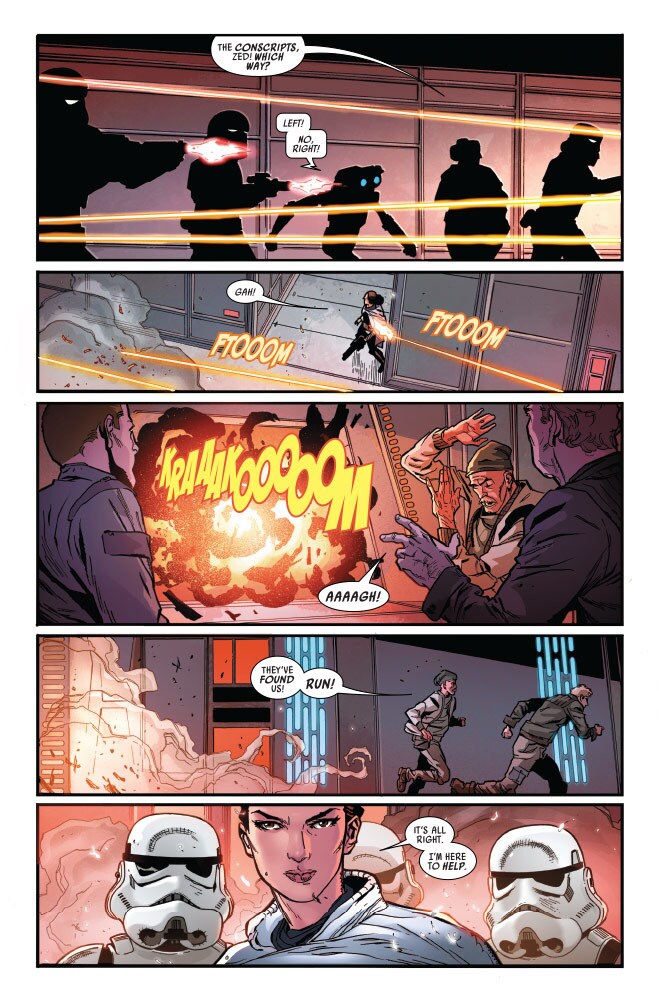 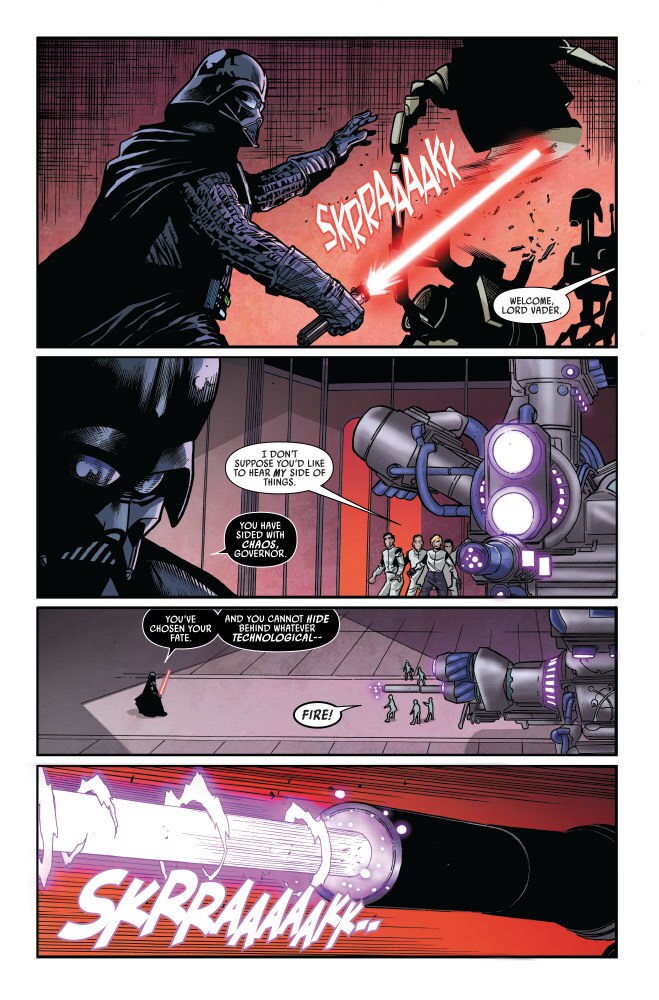