Jerjerrod knows something is amiss.


In the first look inside Marvel’s Star Wars #27, Melton and Bevelyn steal a shuttle to escape the Empire's dreaded superweapon with their children. But Commander Sharin is needed on the comms and she definitely can't talk right now.

Star Wars #27, written by Charles Soule and illustrated by Andrés Genolet, with a cover by E.M. Gist, is available for pre-order now on ComiXology. The issue arrives September 7 and can also be found at your local comic shop. 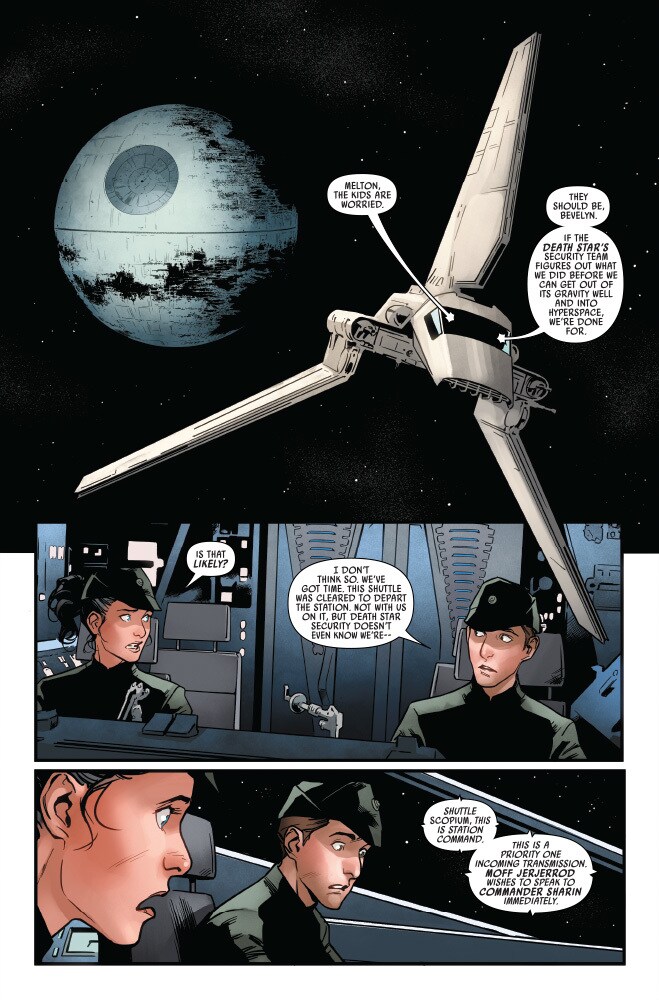 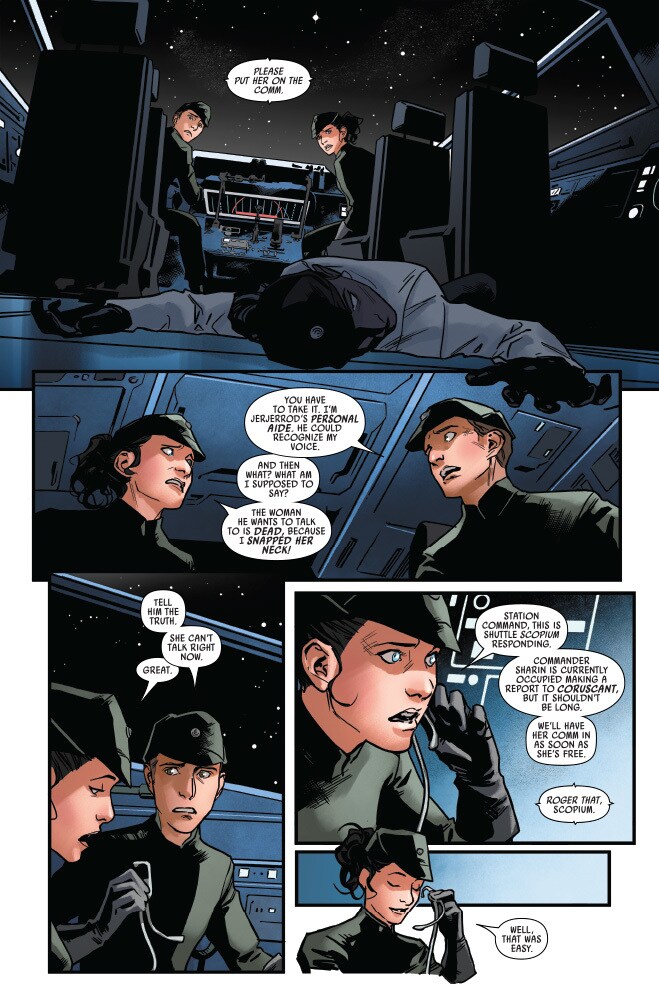 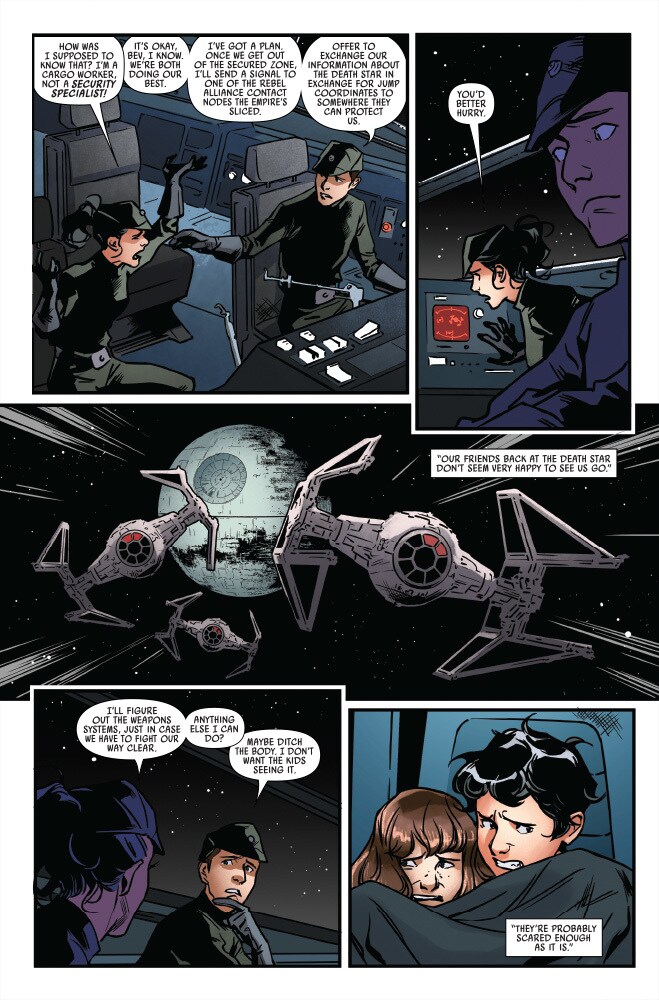