The Rebel Alliance won't be ignored.

To quote Lando Calrissian, it wouldn't be much of a celebration without some fireworks.

In the first look inside Marvel’s Star Wars #26, the rebels are believed all-but defeated until a fiery attack interrupts an Imperial Unity Day parade, broadcast far and wide on the Imperial Holonet. The Emperor will be most displeased.

Star Wars #26, written by Charles Soule and illustrated by Andrés Genolet, with a cover by E.M. Gist, is available for pre-order now on ComiXology. The issue arrives August 17 and can also be found at your local comic shop. 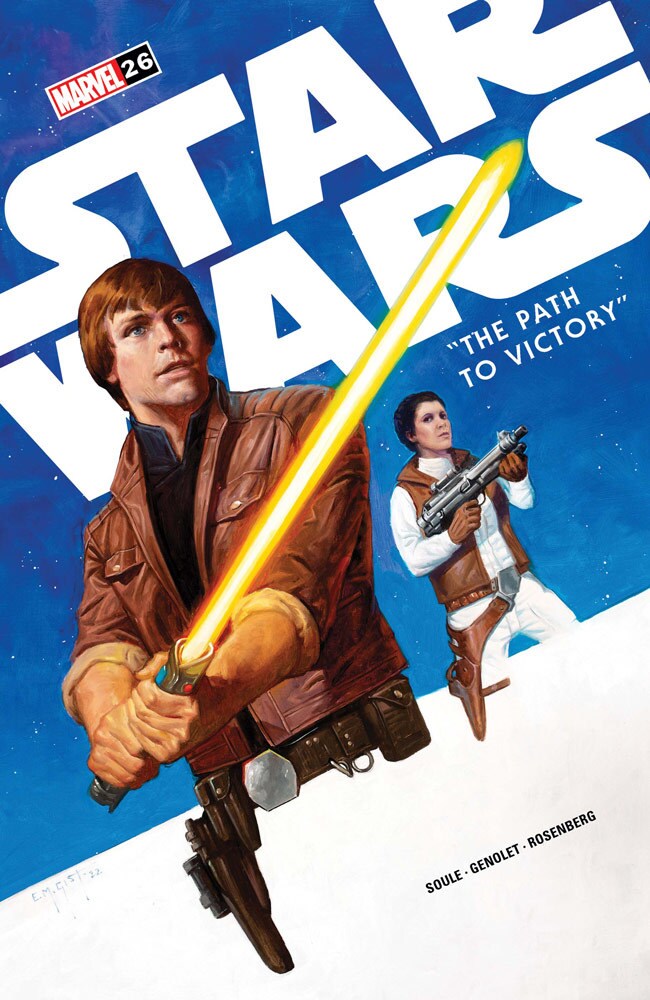 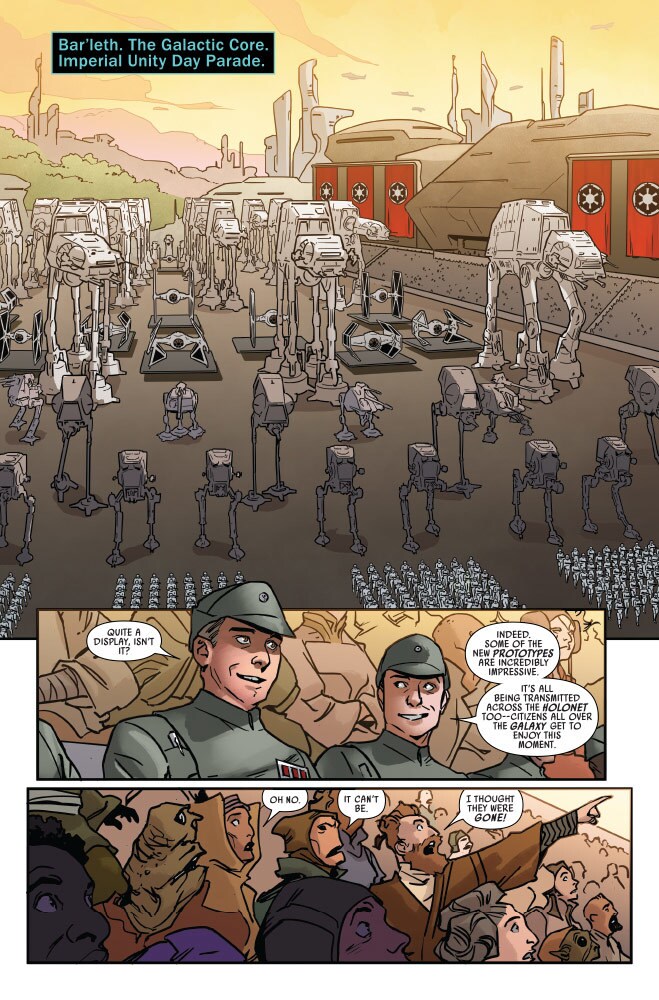 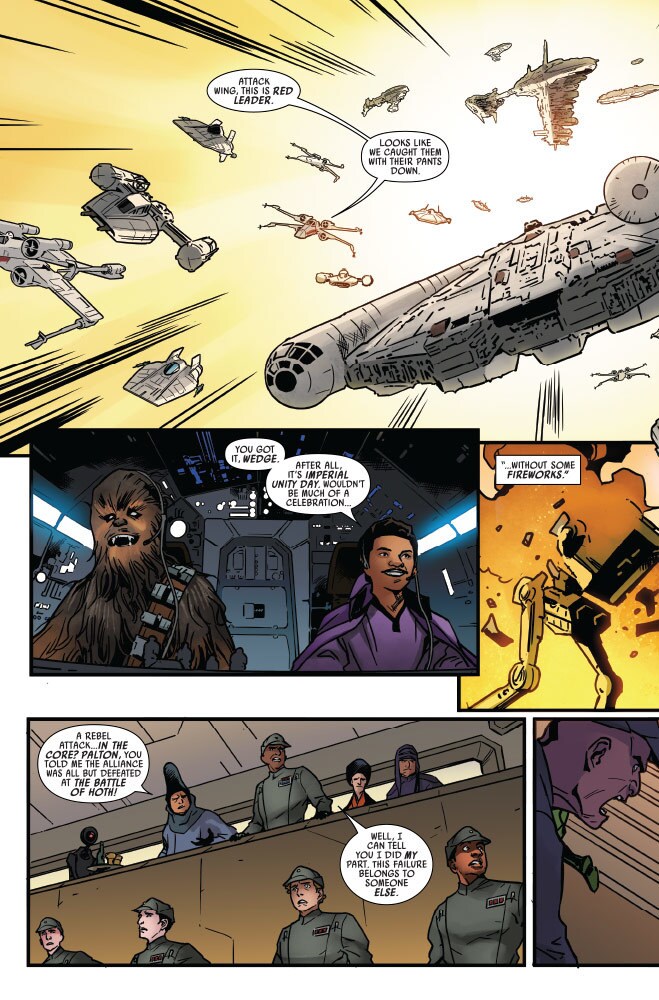 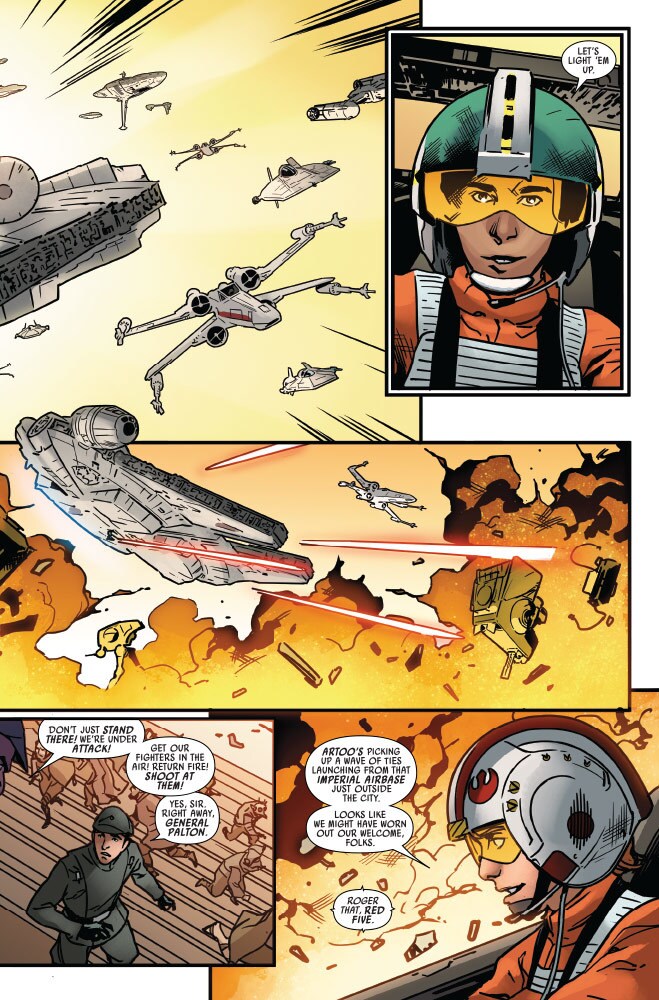 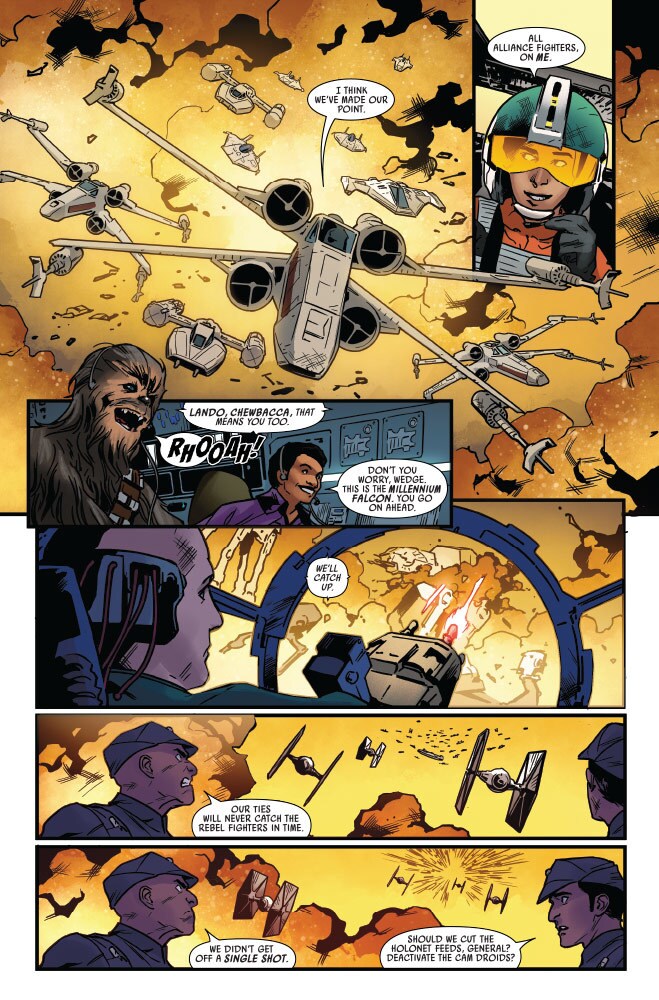 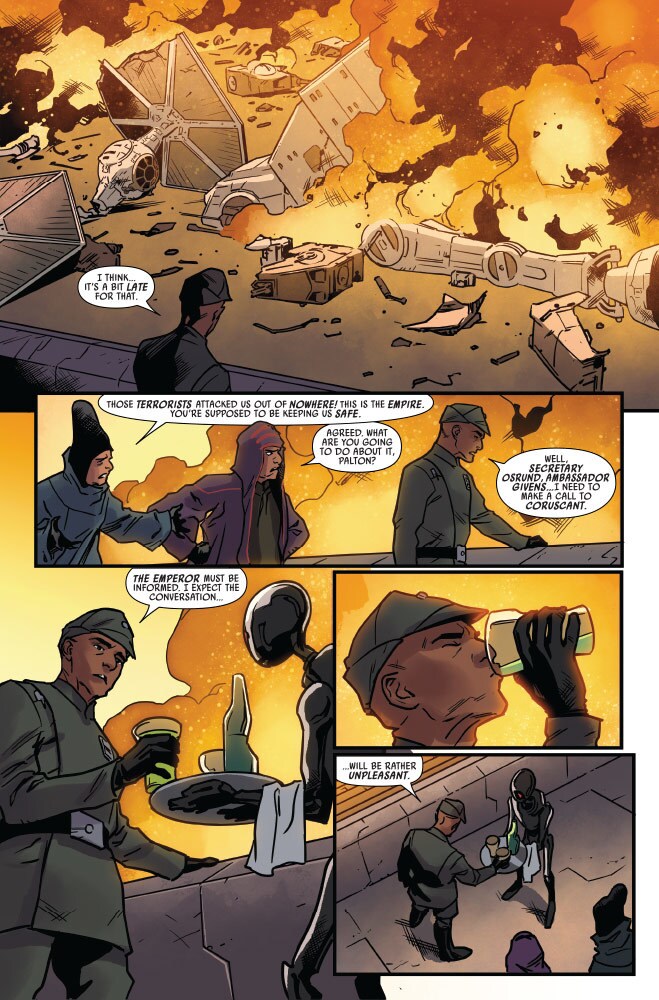