Let the dark times begin! Marvel welcomes Star Wars to the Epic Collection program, with this first volume of a series focusing on the years that follow Star Wars: Episode III Revenge of the Sith! After the end of the Clone Wars, the Republic has fallen and Palpatine exerts his ruthless grip on his new Galactic Empire. Now, the few Jedi that remain must decide whether to hold true to their faith, or abandon it completely in the face of a brutal purge -- one carried out by the new Dark Lord of the Sith. Rise, Darth Vader!

“We’re thrilled to be bringing our innovative Epic Collections to a galaxy far, far away,” says Marvel SVP sales & marketing David Gabriel. “We’ll be bouncing around to different periods of Star Wars history with each Epic Collection, constructing one huge tapestry, collecting full unbroken runs of all the greatest Star Wars comics from the past 35 years.”

Star Wars Legends Epic Collection: The Empire Vol. 1 TPBwill offer a new way for fans to collect and read iconic Star Wars stories across the past 35 years of published titles. These oversized, self-contained color collections will bring the adventures of the Rebellion, the Galactic Empire and more to the masses with exciting new Epic Collections. Get a first look at the special collection's cover art below! 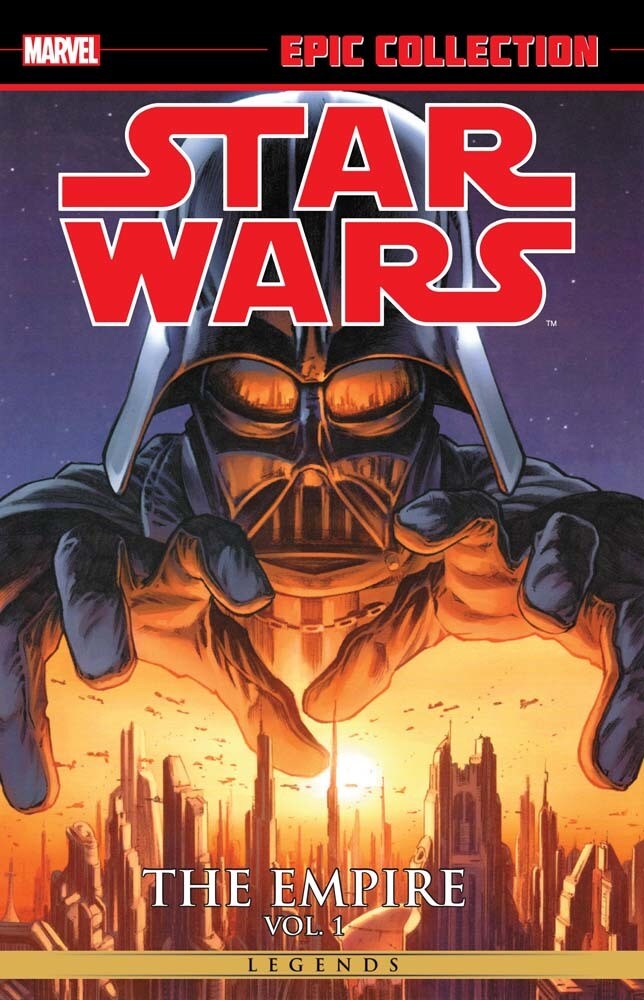