Lessons from the Star Wars Saga: Sacrifice and the Selfless

Again and again, characters sacrifice their happiness and their own lives in service to the greater good.

Lessons from the Star Wars Saga is a series exploring powerful themes in Star Wars. For more than 40 years, the epic adventures in a galaxy far, far away have also been significant explorations of the human experience in our own universe.

Near the beginning of Star Wars Rebels, Ezra Bridger asks Hera Syndulla a simple question: “Why should I risk my life for people I don’t know?” Over and over again throughout Star Wars storytelling, characters put their safety, and even their lives, on the line for their friends and family -- and sometimes complete strangers -- in their fight against evil.

For Hera, who has seen the aftermath of the Clone Wars and the rise of the tyrannical Empire, the answer is clear: “If all you do is fight for your own life, then your life is worth nothing.” And that wisdom not only sets the tone for Ezra’s journey, it pervades key moments in countless Star Wars stories.

Rey and Finn, Jyn Erso and Ezra Bridger, even Luke Skywalker himself start out on their journeys untethered. But after joining the Rebellion, the Resistance, or finding a connection among the crew of a ship like the Ghost, they discover something bigger than themselves that’s worth fighting for. 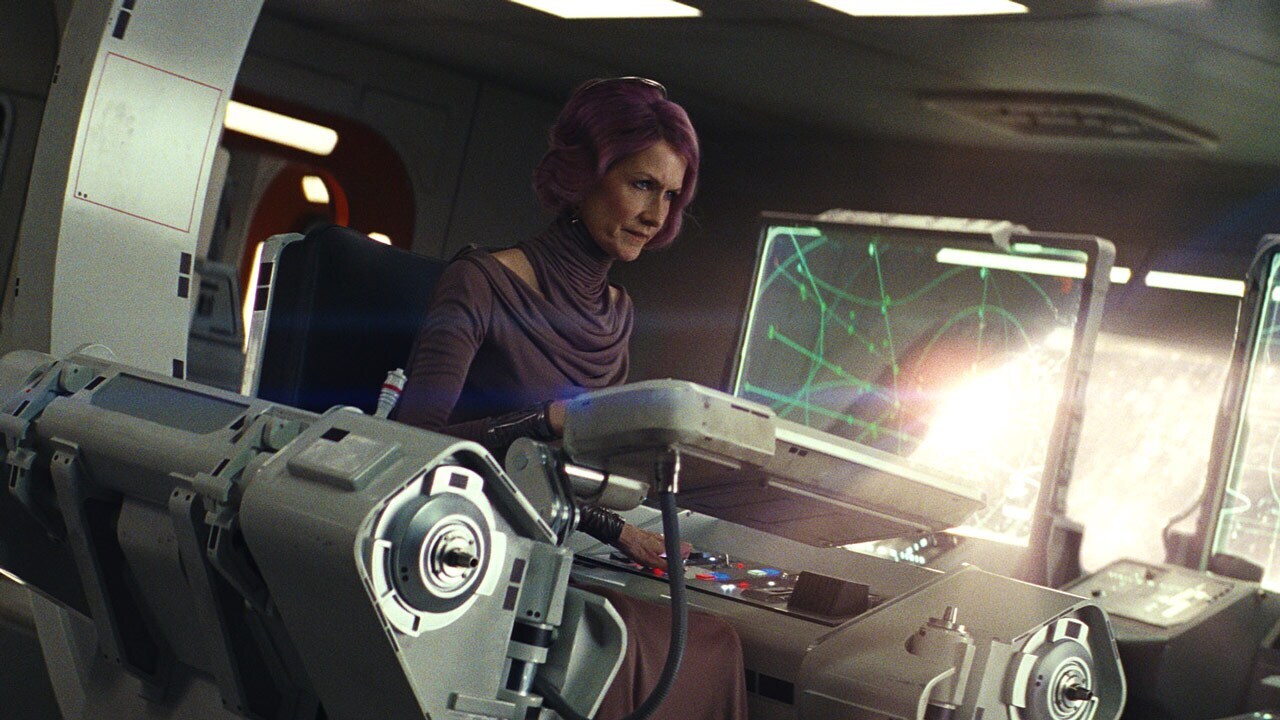 In some instances, these heroes put the survival of their friends, crewmates, and ultimately the cause above their own. Vice Admiral Holdo knew that her choice to stay on the Raddus during the evacuation to Crait would be a fatal one. But she also knew protecting the last shred of the Resistance, and the spark of hope they represented, depended on it. Holdo’s next move, jumping the Raddus to lightspeed directly into the Supremacy, saved even more rebel lives after their transports started taking fire at the expense of her own.

Holdo and countless other Rebel Alliance and Resistance fighters over the years gave their lives in battle, without hesitation or fanfare, because they believed they were fighting on the right side, that their choices and sacrifices would matter, and that if enough individuals joined them in their cause they would make the galaxy a better place by standing together against tyranny. Self-sacrifice, however, isn’t always a life or death decision. When Shmi Skywalker allows Qui-Gon Jinn to take Anakin to Coruscant to pursue a better life and be trained as a Jedi, she isn’t just saying goodbye to her son; she’s letting go of the most meaningful relationship she has and a source of happiness in a bleak life of enslavement on Tatooine.

Shmi isn’t making this decision to help the Jedi Order, she’s doing it to save her son from a life of servitude. It’s a brave and sad decision for a woman who doesn’t have the luxury of making many choices in her own life.

The Jedi Order itself demands many acts of self sacrifice in service to the greater good. Like most Jedi, Obi-Wan Kenobi was brought to the Temple at a young age to begin his training -- an age too young to even know or remember the family he was born to. Throughout the years, Kenobi rejected personal attachments, including the strong feelings he had for the Duchess of Mandalore Satine Kryze, to stay true to the principles of the Jedi Order.

After Order 66 all but destroyed the Jedi, Kenobi continued to live by the principles of the Order and protected the son of Skywalker in the hopes that he’d one day help restore balance, patiently waiting until the time was right to train Luke in the ways of the Force. Repeatedly throughout his life, Kenobi’s actions were driven not by his desires, but his belief in serving the larger cause he felt the Jedi represented. And ultimately, he gave his life so Luke and his friends could escape from the Death Star and live to fight another day.

We all want to believe in something bigger than ourselves, to belong to a family -- blood or found -- to be a part of something more important than the sum of our own lives. Star Wars stories are filled with selfless acts of courage and bravery that are the heart and soul of many individual journeys as well as the saga itself.