Kiersten White on Telling a Tale of Young Obi-Wan in Star Wars: Padawan

The author talks to StarWars.com about her upcoming YA book, plus a first look at its stunning cover.

Teenage years can be tough for everyone. Even Obi-Wan Kenobi.

Kiersten White’s upcoming Star Wars: Padawan follows the legendary hero when he was still very much a student, insecure about who he is and the Jedi he might become. Obi-Wan grows antsy under his master -- Qui-Gon Jinn, who preaches patience and mediation -- and yearns for some Jedi action. But when it looks like they’ll finally head out on a mission together, Jinn is a no-show; Obi-Wan goes off on his own instead, visiting a new world where he encounters free-spirited teens, possibly strong with the Force, who offer him a glimpse at a life that could have been. Or could still be. Yet, as Obi-Wan himself would later say, “Something is out of place.”

While Padawan doesn’t arrive until July 26, you can get a sneak peek at Charlie Bowater’s beautiful painted cover featuring Obi-Wan, and the hint of the lush planet Lenahra behind him, below. And to mark the image’s debut, StarWars.com caught up with White for her first-ever interview on Padawan, discussing how her teenage Obi-Wan connects with the older versions we know, whether Kenobi is more similar to his future apprentice than believed, and what might be the starring Padawan’s defining characteristic. 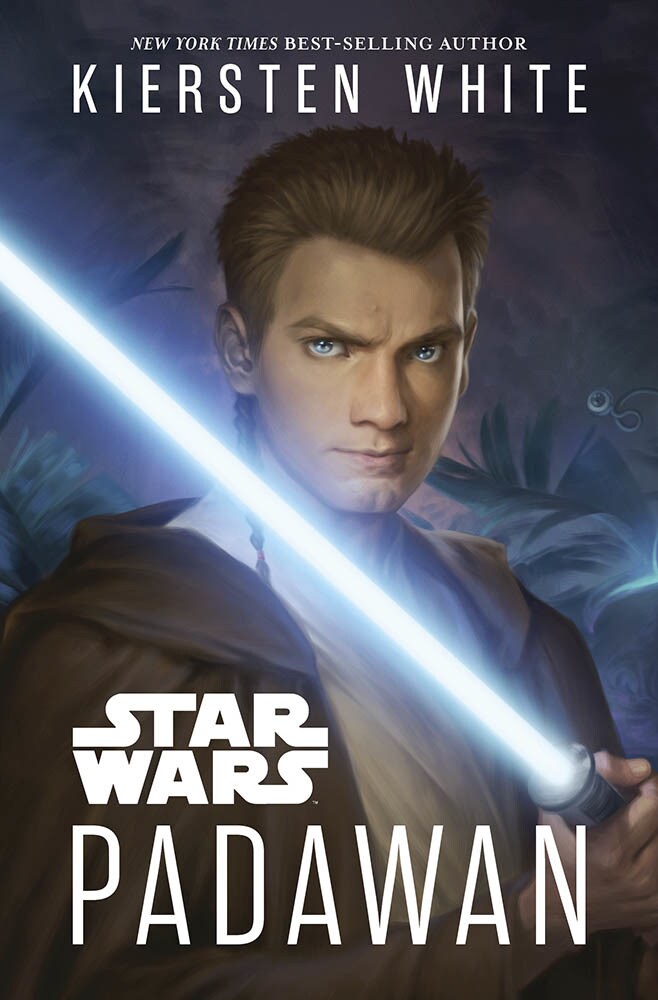 StarWars.com: You've written horror, thrillers, even medieval tales. What's it been like taking your first steps into the galaxy far, far away?

Kiersten White: Unsurprisingly, just as much research! Some people think writing in an existing franchise means less work -- the worldbuilding is already done -- but it comes with far more opportunities to get things wrong. I owe so much of who I am as a person and a storyteller to Star Wars, and I hope I brought that affection and respect to Padawan. I sometimes joke that my only controversial Star Wars opinion is that I love it all, but it’s true. I feel tremendously lucky to be a small part of this galaxy of incredibly storytelling.

StarWars.com: There haven't been many stories about Obi-Wan from this time period. How did you approach further developing what a very green, very teenage Obi-Wan would've been like?

Kiersten White: I wanted to make sure Padawan felt like it had always been part of Obi-Wan’s story, but that it made sense we had never heard about this particular adventure. I looked at who Obi-Wan became, then traced him backwards through the prequels and Claudia Gray’s excellent Master and Apprentice, to arrive at someone who still had a tremendous amount of growing to do, but with the foundation of who he would become. My goal with the narrative was to take him on a journey of self-discovery so he would be ready for everything we know he’ll face.

Another key aspect of developing teen Obi-Wan was surrounding him with other young people, giving him his first taste of freedom so he could learn who he is when no authority figure is watching. When he’s out of the Temple, which parts of his devotion to the Jedi Order still feel right? Can he let go and run wild? Does he even want to?

…And now I’ve just realized I might have written a Star Wars spring break novel.

StarWars.com: From the book's description, Obi-Wan sounds a lot more like Anakin than we might've known or realized.

Kiersten White: Yes! And no, ha. Obi-Wan and Anakin have youthful rebellion in common, but while Anakin’s was rooted in trauma, anger, and entitlement (I say with love about one of my other favorite characters), Obi-Wan’s is rooted in anxiety. Anakin was eager to have power and authority to try and heal his pain and quiet his fears. In Padawan, Obi-Wan is anxious to know his place in the galaxy and the Jedi Order -- not to be powerful, but to be the best servant of the Force he can. His motivation is less, “I’m the greatest, why can’t they see that?” and more, “Maybe I don’t deserve any of this.” He’s terrified he won’t live up to his potential, letting down Qui-Gon Jinn, the Jedi, and the galaxy as a whole.

Also, before anyone else asks, Satine isn’t in this novel. Actually, she’s the reason why there are no romantic subplots in Padawan. Obi-Wan commits absolutely in everything he does -- including first love. I couldn’t dilute that! 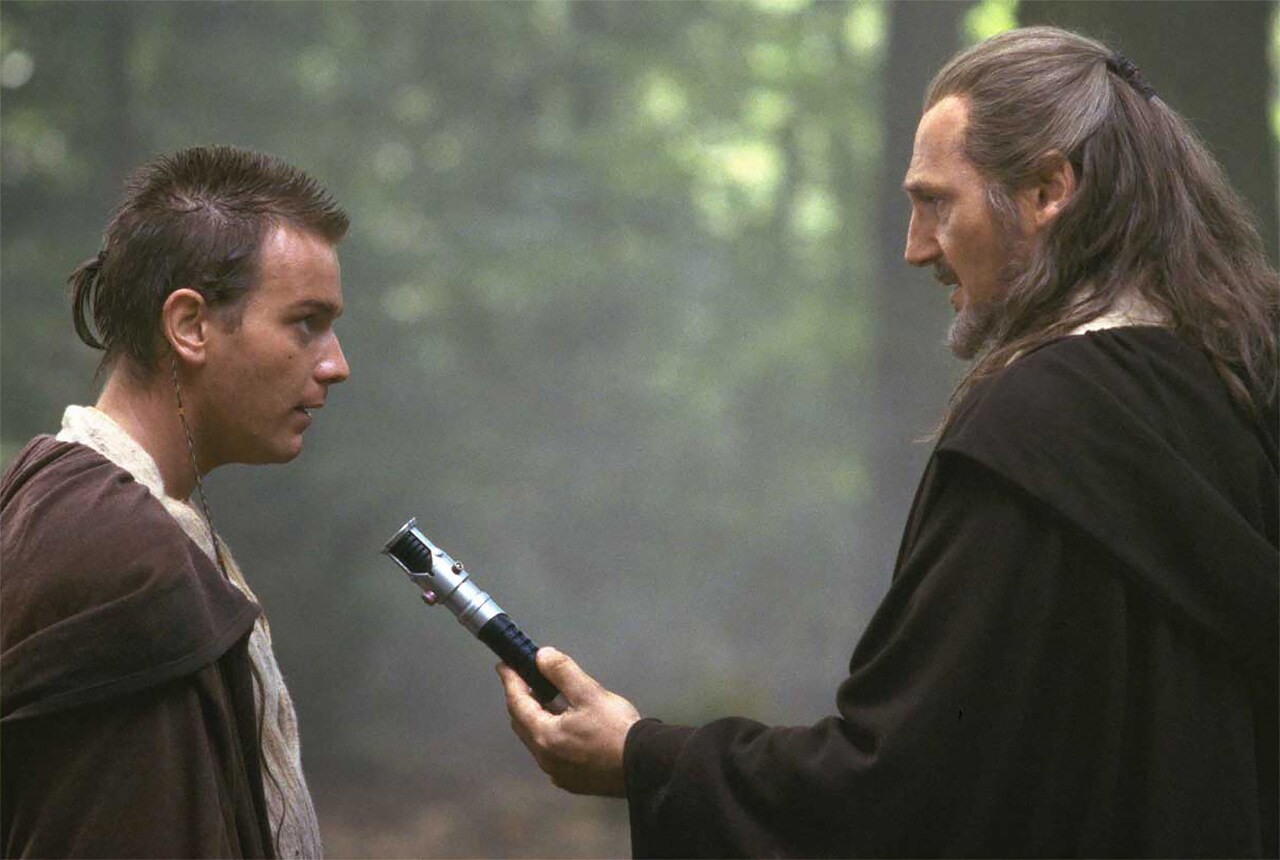 StarWars.com: Qui-Gon Jinn has become a fan-favorite character, and he looms large in Star Wars despite minimal appearances. How central is Obi-Wan's relationship to Qui-Gon in your story?

Kiersten White: I absolutely understand the outsized impact Qui-Gon Jinn has had on Star Wars fans. He’s the mentor we all wish we could have -- wise and patient, but with that sly twist of humor. Qui-Gon, in many ways, represents the ideal Jedi: untouched by politics, constantly guided by the Force, spiritually thoughtful, and calm amidst any turmoil. But those same qualities would also make him really intimidating to partner with as a young teenager. How do you live up to that? I leaned hard into this tension. Though Qui-Gon isn’t physically present for much of the book, he’s a constant presence for Obi-Wan, who must figure out how to be what Qui-Gon wants in a Padawan…if that’s even possible.

StarWars.com: If there's one thing you want your book to say about Obi-Wan, what would it be?

Kiersten White: Obi-Wan Kenobi cares. He cares so much. I think as much as (or more than) any other Jedi we know, Obi-Wan always puts himself second in service of the Jedi Order and, more importantly, the will of the Force. It was such a delight and honor trying to feel out who teen Obi-Wan was on his way to becoming the Jedi we all know and love.

See Star Wars: Padawan and more on This Week! In Star Wars!