How Hasbro Made a Darth Vader Figure That Is Truly HyperReal

There have been Darth Vader action figures ever since Kenner’s first wave of toys in 1978. But there’s never been one like this.

This fall, Hasbro is launching HyperReal Darth Vader, an action-figure that is the stuff of dreams for anyone who has ever played with and loved Star Wars toys. Living up to its line’s namesake, it looks astonishingly real -- and that was the goal. The idea was sparked from the ever-growing popularity of toy photography on Instagram, and figuring out a way to remove one irksome visible element that breaks the fantasy of realism: action-figure joints.

“It made it a direct correlation with it being a toy versus being something real,” says Sam Smith, design manager of Star Wars. “We strived to remove that piece, to start to blur the lines between reality.” 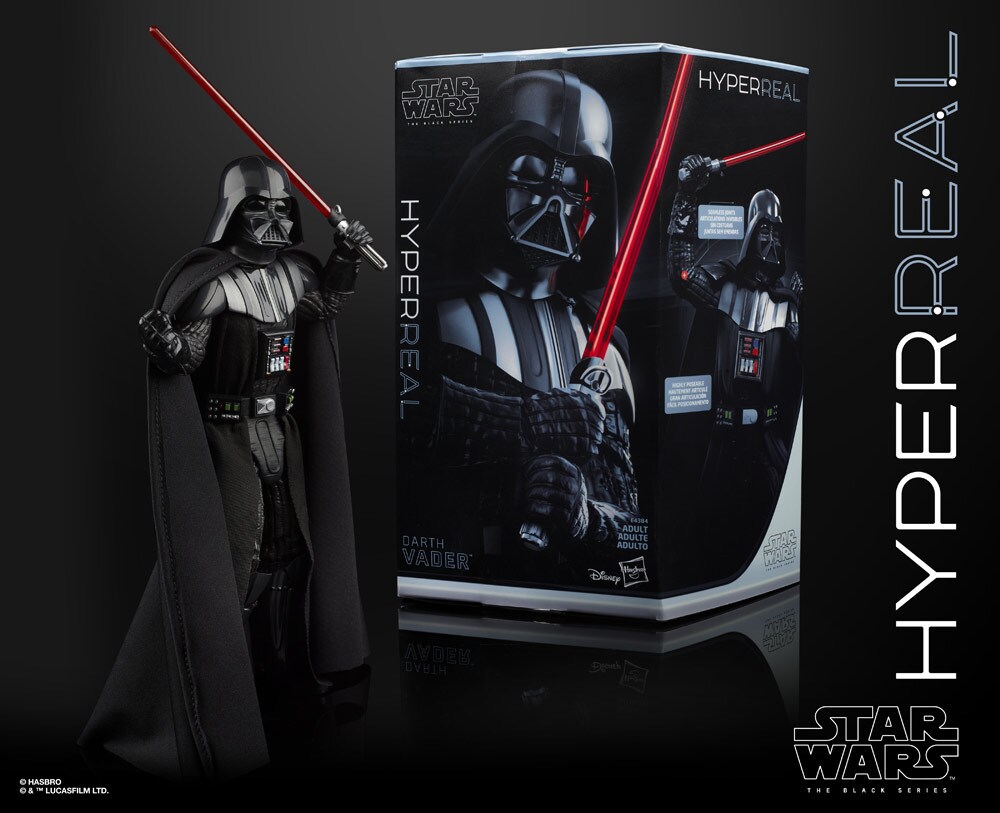 To do so, Hasbro went with an entirely new scale that would allow for the detail and engineering necessary to pull off this dream. “An eight-inch scale was required to do that well,” says Patrick Schneider, senior brand manager of Star Wars. “We viewed that as our opportunity to do the best-ever action figure that we’ve done.”

If you’re a fan of Star Wars, or even classic Hollywood action-adventure films, you’ll be pleased to know that HyperReal Darth Vader’s technological origins stem from an old special-effects technique. “Stop-motion maquettes were definitely part of what spawned the internal structure,” Smith says. “We wanted something was going to not only be poseable, but would also hold that pose. So internally, you’ll find a full, steel-structured, articulated maquette.”

The process in creating HyperReal Darth Vader began over two years ago, making this an unusually long cycle for one of Hasbro’s figures. But the time was necessary, as Hasbro wanted to make sure that the steel structure inside the figure would work, and not just for Vader, but other characters down the road. “This one really was exciting,” says Schneider, “because it’s reinventing, revolutionizing the action-figure space.” The way the figure is made isn’t the only new element here, however. Vader’s wardrobe is also getting an upgrade. 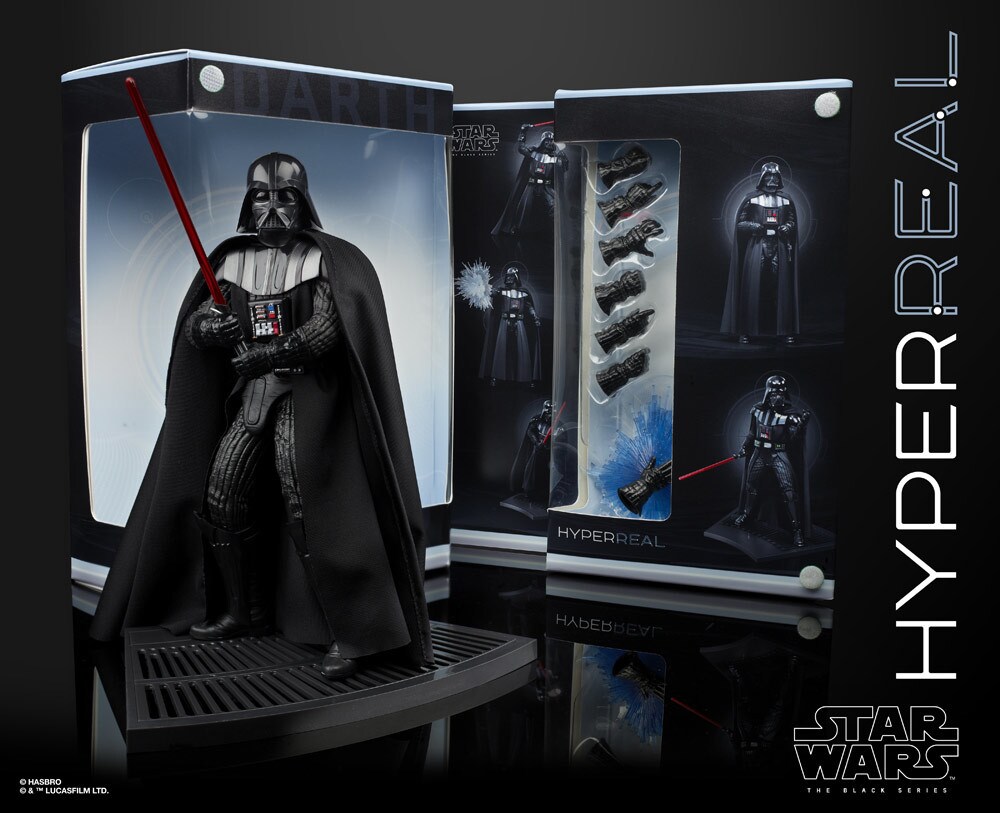 Unlike the materials usually used in making an action figure, HyperReal Darth Vader employs costuming elements that feel more real. Based on his appearance in Star Wars: The Empire Strikes Back, Vader’s suit is “more rubbery,” says Schneider, mimicking the screen-used leather undersuit; the cape is made from cloth; and his armor and helmet are plastic. There’s even some metal, utilized for the clasp on the cape and in other select places. The results, as Vader might say, are most impressive.

Any time a new Star Wars line of action figures launches, it’s exciting. But with HyperReal, the way we think about action figures, and what they can be, might just change. “It’s been a labor of love,” says Smith. “We just really hope that fans love it as much as we do.” And as for the future of HyperReal?

At New York Toy Fair 2019, where HyperReal Darth Vader was first unveiled, “we said something along the lines of, ‘Bespin Darth Vader needs someone to spar with,’” Schneider teases. “Our vision is that these figures won’t live in isolation.”

HyperReal Darth Vader is available for pre-order now at HasbroPulse, Walmart, and Amazon.