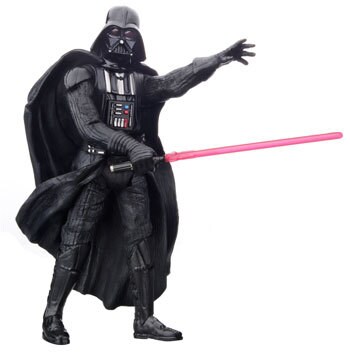 When Star Wars was released in 1977, it changed movies forever, from how they were made to expanding the scope of what films could be; when Star Wars action figures were released that year, they did the same for toys. In recognition of their huge impact, influence on the toy industry, and enduring popularity, Hasbro's Star Wars toys have been inducted into the National Toy Hall of Fame at The Strong.

"We are honored that the National Toy Hall of Fame at The Strong has recognized Hasbro's Star Wars action figures for having a profound impact on the toy industry," said John Frascotti, chief marketing officer, Hasbro, Inc. "Star Wars action figures are as legendary as the battle between the light and dark sides of the Force they represent, and have given endless hours of enjoyment to generations of kids of all ages."