A familiar face is back in Daniel José Older's upcoming Han and Lando novel.

Han Solo and Sana Starros have...a bit of a bumpy history, to put it lightly. Sana debuted in the pages of Marvel's Star Wars comic, shortly after the destruction of the first Death Star, trying to track down our favorite scoundrel and claiming to be his wife -- which she was and wasn't. (It's complicated.) 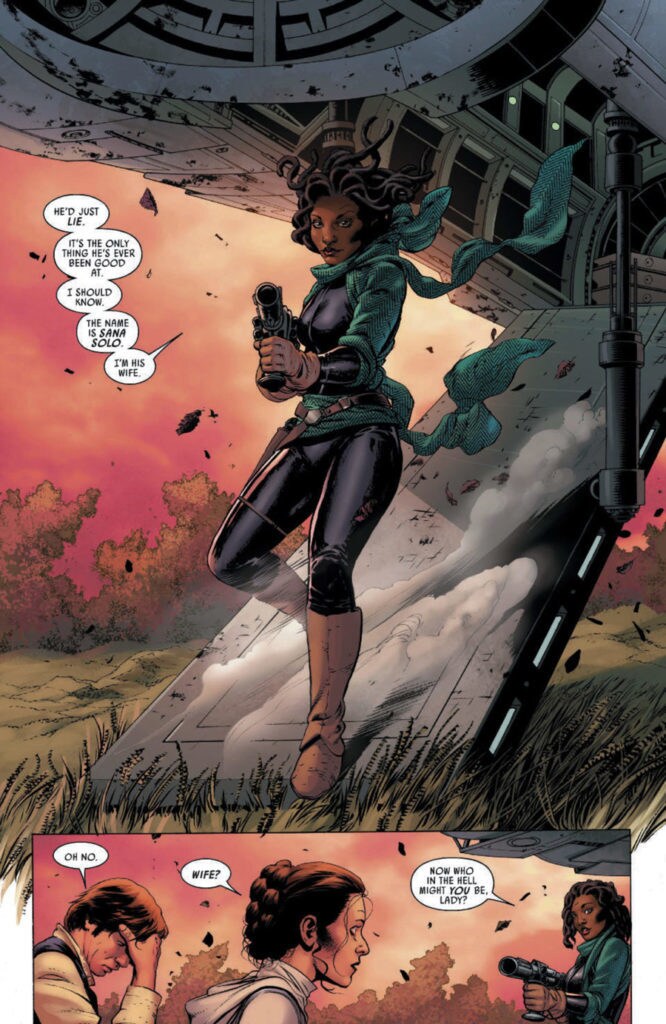 And now, in Daniel José Older's Last Shot novel -- coming April 17 and available for pre-order -- she's back. In StarWars.com's exclusive excerpt set before A New Hope, Han, Chewie, and Sana find themselves in Maz's castle...battling some very upset bounty hunters.

Update: You can listen to the audiobook version of this excerpt, read by Daniel José Older himself, via the player below! 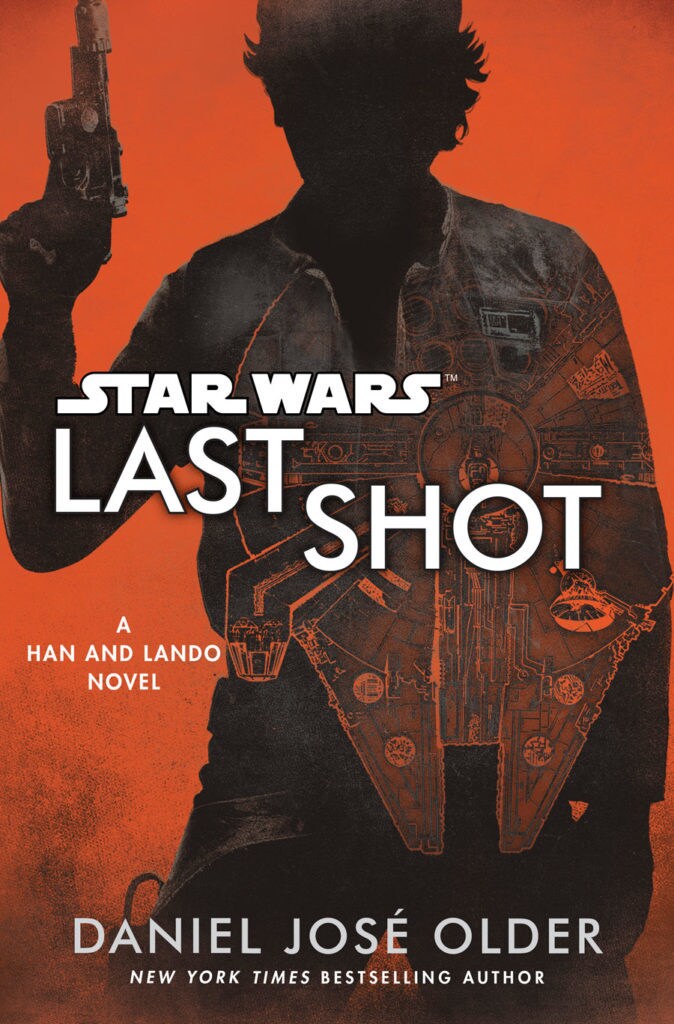 “What was that—” Han yelled, and then a blaster shot shrieked through the air from the doorway.

Han was on the floor before he’d realized he’d jumped for cover. Above him, Maz dished out rushed commands as the few patrons left screamed and ducked under tables. Sana flew past, let off two shots toward the door, and glared at Han. “You coming?”

Another shot fizzed and then thunked against the bar right by Han’s head. “Coming!” he yelled, hopping up and dashing for the back exit behind Sana. “Who did you piss off now?” he demanded as they broke out into the thick Takodanan night.

The wall beside Han exploded, showering them both with debris as they hurtled out of the way. “That wasn’t a regular blaster,” Han said, glancing up. A cruel reptilian face glared out from the lit door­way. “You got us tangled up with a Trandoshan?”

“I told you it was mean bounty hunters,” Sana said.

The creature raised his mortar launcher and then something huge clobbered him from behind. Frapsen. All six of the Fromprath’s arms ensnarled the bounty hunter as the two tumbled forward in a clutter of curses and howls. Three more figures tumbled out of Maz’s place, blasters blazing.

They bolted down a quiet side street, cut a hard left, and crossed the main square toward the starship bay. The whole world had snapped perfectly into focus as soon as those blaster shots rang out, and now the hours leading up to it just seemed like a painful haze.

They made their way between a Gungan freighter and two cor­vettes, ducked around the landing gear of someone’s poorly parked shuttle, and then dashed up the gangplank of the Falcon.

“Chewie!” Han yelled, stepping over some old clothes and a small pile of—What was that? Bottles of something—and barreling toward the cockpit. “Chewie, where are you? We gotta—”

The engines rumbled to life as Han slid into the seat beside his furry copilot. “Well, there you are,” he muttered, clicking on the navi­computer and prepping the hyperdrive. “What took you so long?”

Chewie barked with annoyance and then yelped, pointing. The bounty hunters had stormed into the bay, and a slew of shots pep­pered the Falcon along with the ships around it.

“Sana!” Han yelled over his shoulder. “We’re gonna need you on—”

Blasts splattered out from the Falcon, scattering the bounty hunt­ers.

“—cannons,” Han finished. “Well, all right then. Glad to see ev­eryone’s making themselves at home.” He pulled the accelerator and let the roaring engines fill him. Space awaited, that impossible vast­ness, as empty as his heart, where he could be perfectly free.

As long as they didn’t get blown up on the way out.

More blasts rocked the Falcon as they circled into the sky and then shot over the ancient spirals of Maz’s castle and dancing lights in Nymeve Lake.

“What in the stars did you steal, Sana?” Han demanded as they zoomed out of Takodana’s gravity pull and out into space.

Chewie let out another growl of warning as three dots appeared on the radar screen.

Chewie snarled and pushed a button.

“Why are we slowing down?” Sana yelled over the comm.

“Good question, Chewie,” Han snapped. “Why are we slowing down?”

The Falcon rocked as the approaching ships released a barrage of laserfire.

The Wookiee slammed both fists on the control panel and roared.

“No, we can’t turn around,” Han said. “I don’t care what the Tran­doshans did to the Wookiees. Okay, easy, easy! Of course I care what they did, but we can’t deal with that right now, Chewie. We’ve got cargo to deliver, and payment to collect, and we also don’t have the firepower it would take to go head-to-head with these guys. Okay?”

“I promise we can go after those reptilian freaks some other time, all right?”

“TIE fighters?” Han yelled, gaping at the monitor. “Chewie, make the jump! I’ve had it with this—” The Falcon shook, cockpit lights flickering as several alarms bleeped out at once. “Chewie, get us out of here!”

Chewie roared, slamming the control panels. The stars slid into elongated stripes toward them and Han exhaled for what felt like the first time in hours.

Chewbacca muttered something under his breath and Han shook his head. “You ain’t kidding.” He clicked on the comm. “Sana!”

“You don’t have to yell,” Sana said, poking her head into the cock­pit. “I’m right here.”

Han and Chewie both spun around and glared at her. “You have some explaining to do.”