The Funko Pop!-inspired balloon delighted fans in New York City, and Star Wars: Tales from the Galaxy’s Edge characters came to life in a clever VR moment at the legendary parade.

This will be a Macy’s Thanksgiving Day Parade long remembered.

The first-ever Star Wars-themed balloons -- real and virtual -- appeared at the legendary parade, which took place in New York City last week. The Grogu Funko Pop!-inspired balloon, based on the adorable being from The Mandalorian and measuring 41-feet-high, 29-feet-long, and 37-feet-wide, was a sight to behold as it traveled through New York City. The balloon depicts Grogu flying toward his favorite toy: a ball-shaped knob, taken from a lever in the cockpit of the Razor Crest. For Reis O’Brien, art director at Funko, seeing this design come to life was a career-defining moment.

"Seeing the balloon on Thanksgiving morning was beyond a dream come true," O'Brien tells StarWars.com. "As a kid, watching the parade every year, the balloons were always my favorite -- these beloved characters, larger than life, gently floating above the crowds below. It always felt magical to me. Then I found myself as a grown adult, seeing something that I had a hand in gliding down the streets of New York and couldn't believe what I was seeing. That moment took the magical feeling to a whole new level."

For those looking to commemorate the historic event, Funko has collaborated with Lucasfilm and Macy’s to develop a line of bobbleheads, deluxe bobbleheads, keychains, and apparel based on the Grogu Funko Pop!-inspired balloon, available exclusively at Funko.com.

Oh no! Stormtroopers have Seezelslak and a porg captive! And look what's swooping in to this year's #MacysParade to save them: the Millennium Falcon! @oculus @ILMxLAB #StarWarsTales #ExploreWithQuest pic.twitter.com/sDcBFDxZWR


In addition, Lucasfilm's immersive entertainment studio, ILMxLAB, and Meta Quest surprised fans with a digital balloon of Seezelslak, the Azumel bartender (voiced by Bobby Moynihan) from ILMxLAB’s Star Wars: Tales from the Galaxy’s Edge virtual reality experience on Quest 2. The fun sequence found the alien, along with a porg, captured by First Order stormtroopers; it would take a certain hunk of junk to swoop in and rescue the duo.

Check out the gallery below for more photos of the Grogu Funko Pop!-inspired balloon, which brought some Star Wars magic to our galaxy and helped kick off the holiday season. 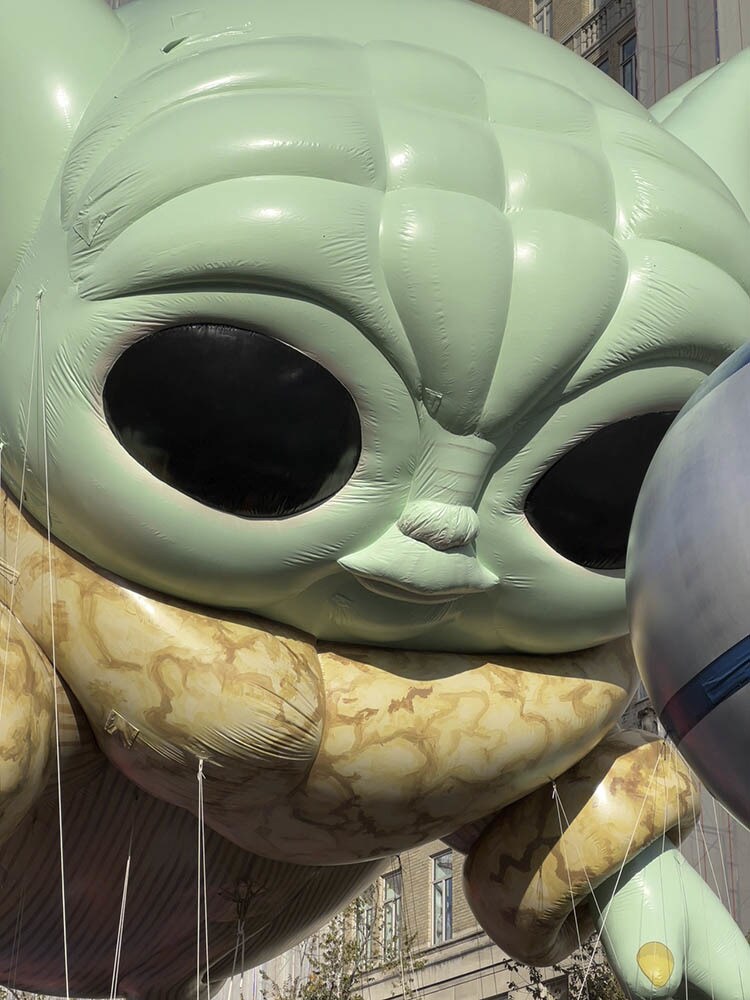 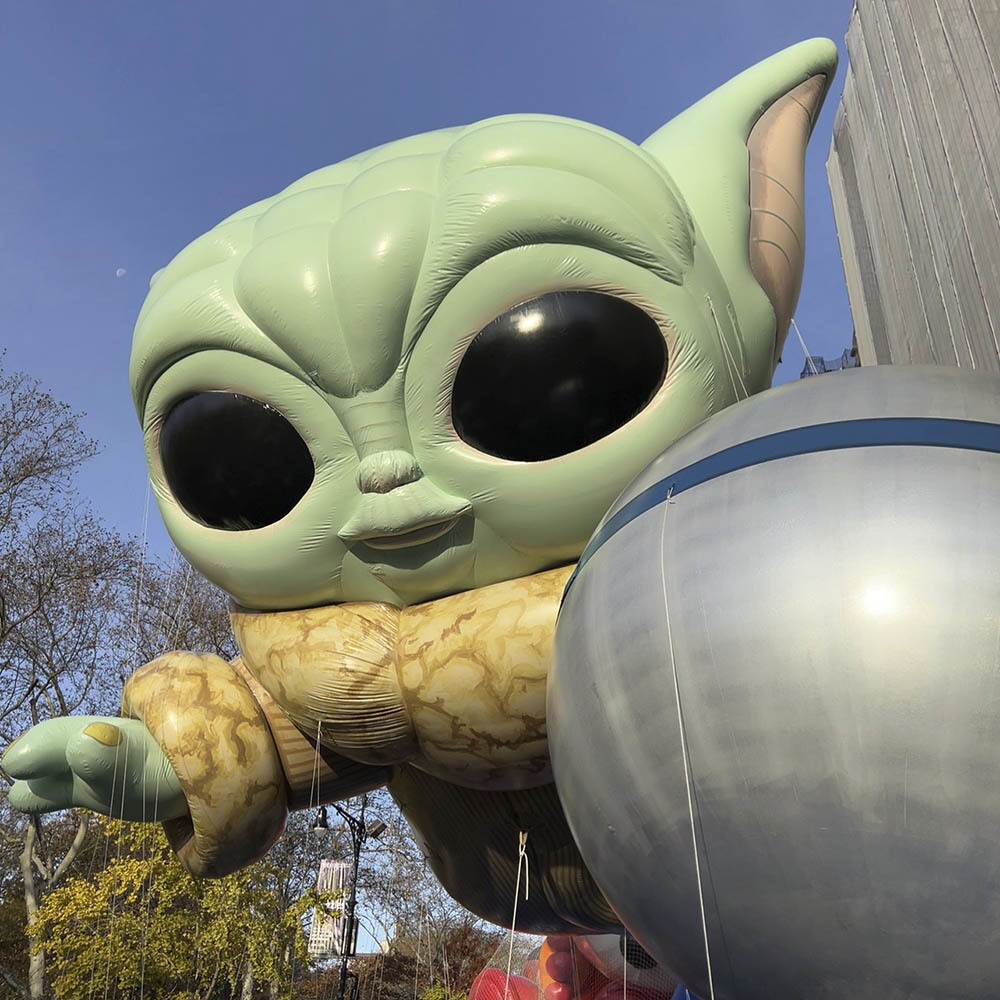