StarWars.com’s Andi Gutierrez and Anthony Carboni will host a special virtual event for the season premiere October 30. Then watch The Mandalorian streaming only on Disney+.

On Friday, you can join Jon Favreau, Dave Filoni, and other special guests and ecstatic fans for a special Virtual Red Carpet Premiere of The Mandalorian presented by Verizon.

Starting October 30 at 6 p.m. PST and streaming on StarWars.com, Disney+ will bring fans together from across the galaxy to celebrate the launch of Season 2 of The Mandalorian.

Then settle in for the premiere of The Mandalorian Season 2 as the mysterious warrior and the Child continue their journey, facing enemies and rallying allies as they make their way through a dangerous galaxy in the tumultuous era after the collapse of the Galactic Empire. 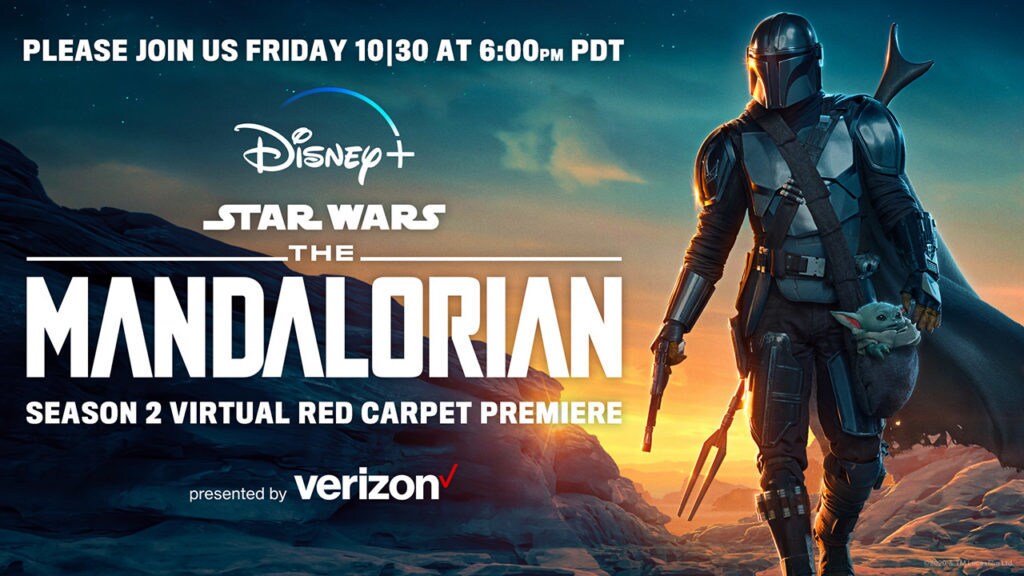 We can’t wait to see what’s in store for our heroes and we’d be honored if you would join us to celebrate!

A special encore presentation of the virtual premiere will be available on the Star Wars YouTube Channel after the event. And you can join the conversation anytime on Twitter using #TheMandalorian.