The Star Wars creator will be immortalized in the popular action-figure line -- as a stormtrooper.

The Maker is coming to your toy collection.

StarWars.com is thrilled to reveal that George Lucas, the legendary creator of Star Wars, will join Hasbro’s vaunted 6-inch Star Wars: The Black Series line of action figures. Created in celebration of Lucasfilm’s 50th anniversary and in tribute to its founder, the figure cleverly depicts Lucas in stormtrooper armor and comes with a removable helmet and blaster. Lucas reports in for duty in 2022. 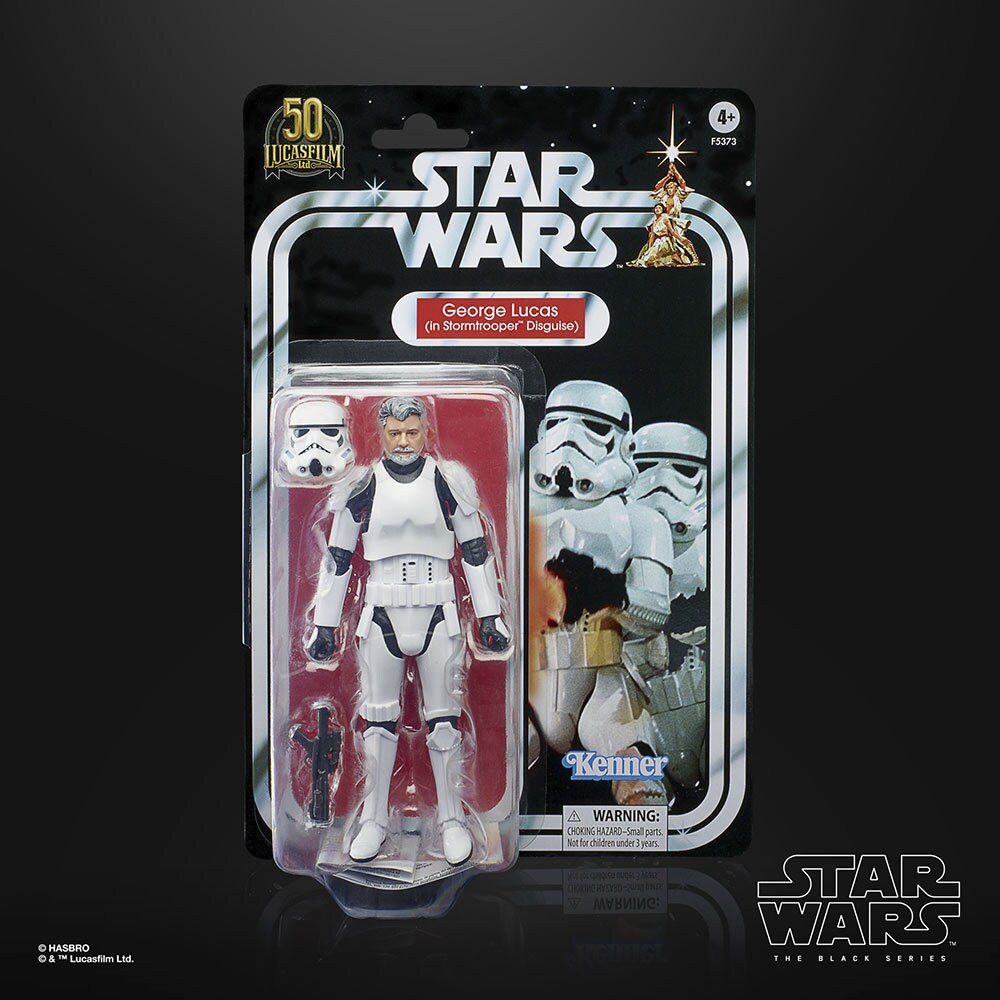 “As a lifelong Star Wars fan, I have both the honor and privilege to bring characters from the franchise to life in product form every single day,” Vickie Stratford, sr. director of product design at Hasbro, tells StarWars.com. “When the opportunity came to design the George Lucas figure, we were especially excited for this project. This figure is just one of the many ways we can honor his legacy for years to come and we hope fans cherish it as much as we did!”

This new George Lucas figure is actually not the first time the film icon has been brought to life in action-figure form. In 2002, Hasbro released the 3.75-inch rebel pilot Jorg Sacul, featuring the likeness of Lucas, as a Star Wars Celebration II exclusive; Lucas next made the jump to the toy aisle for 2006’s 3.75-inch The Saga Collection, appearing as a stormtrooper; and then again in 2006 as Baron Papanoida, his character from Star Wars: Revenge of the Sith, in the Lucas Collector’s Set. But this is Lucas’ debut in the modern, highly-articulated and detailed 6-inch format provided by the Black Series. 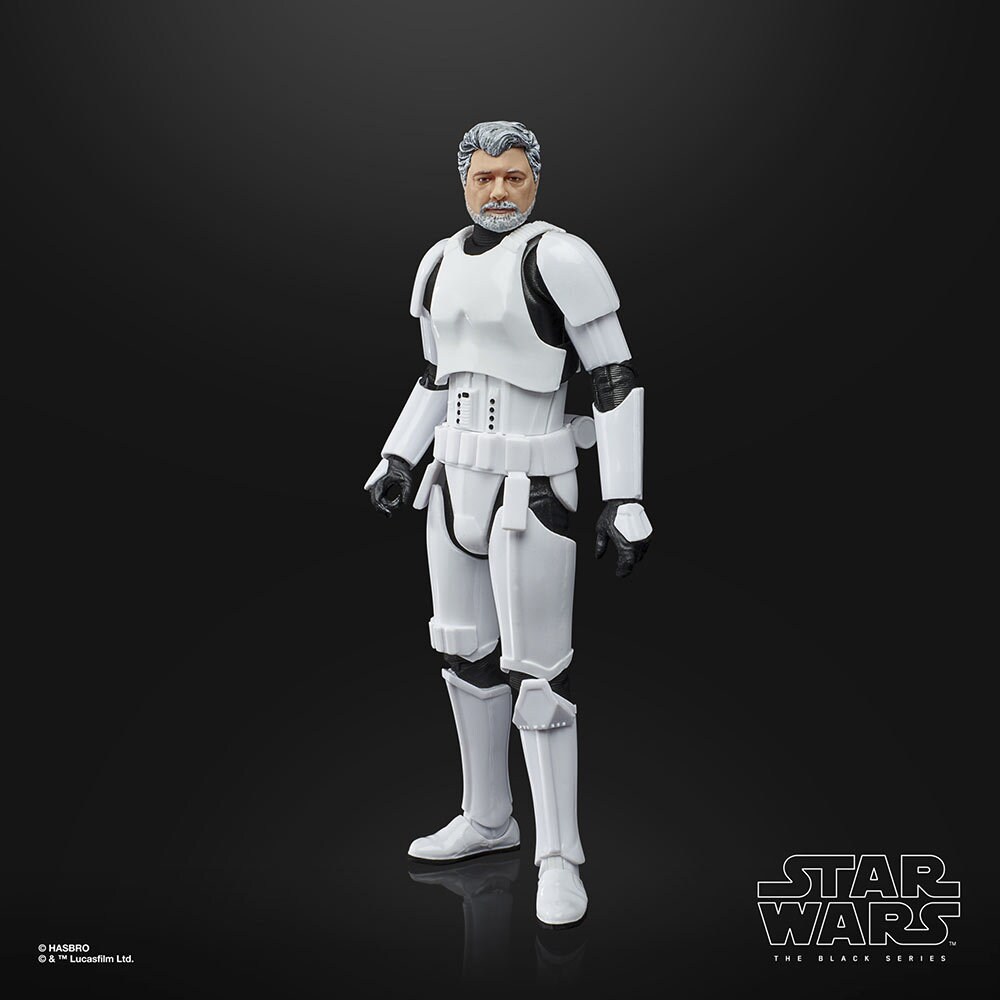 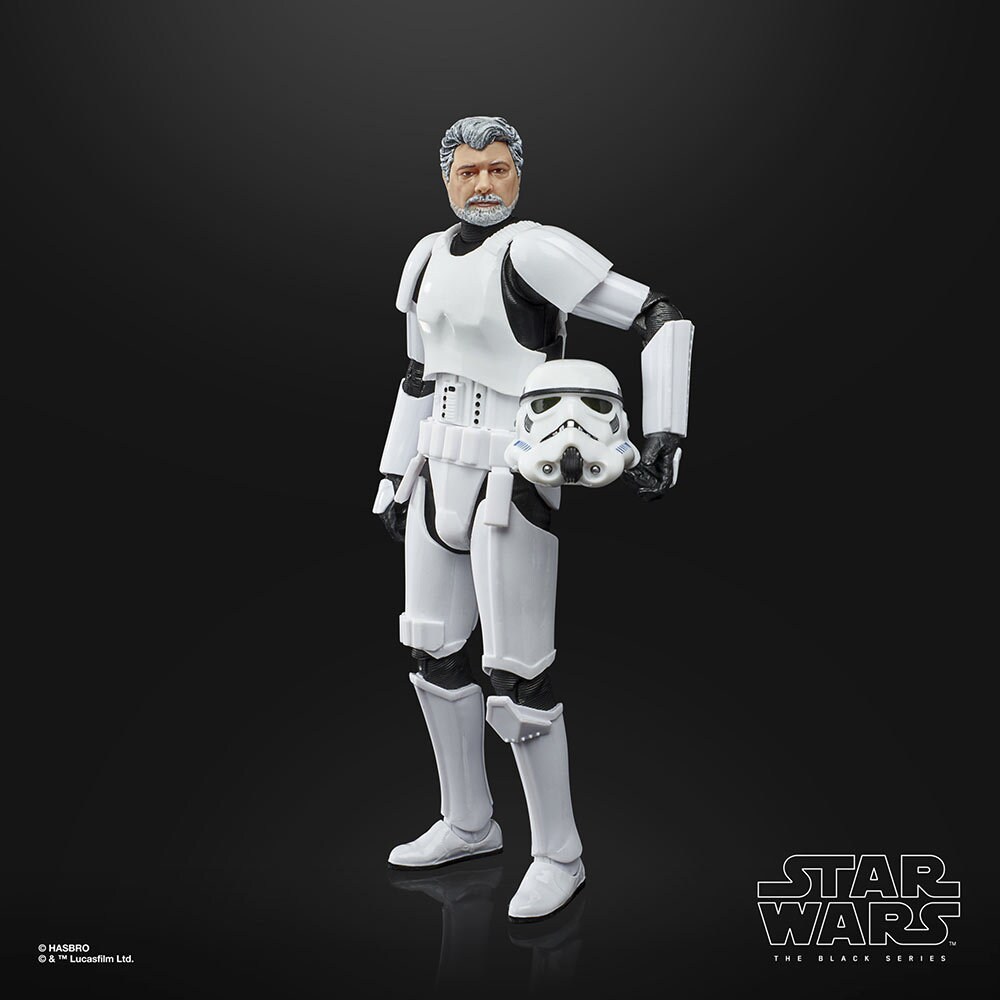 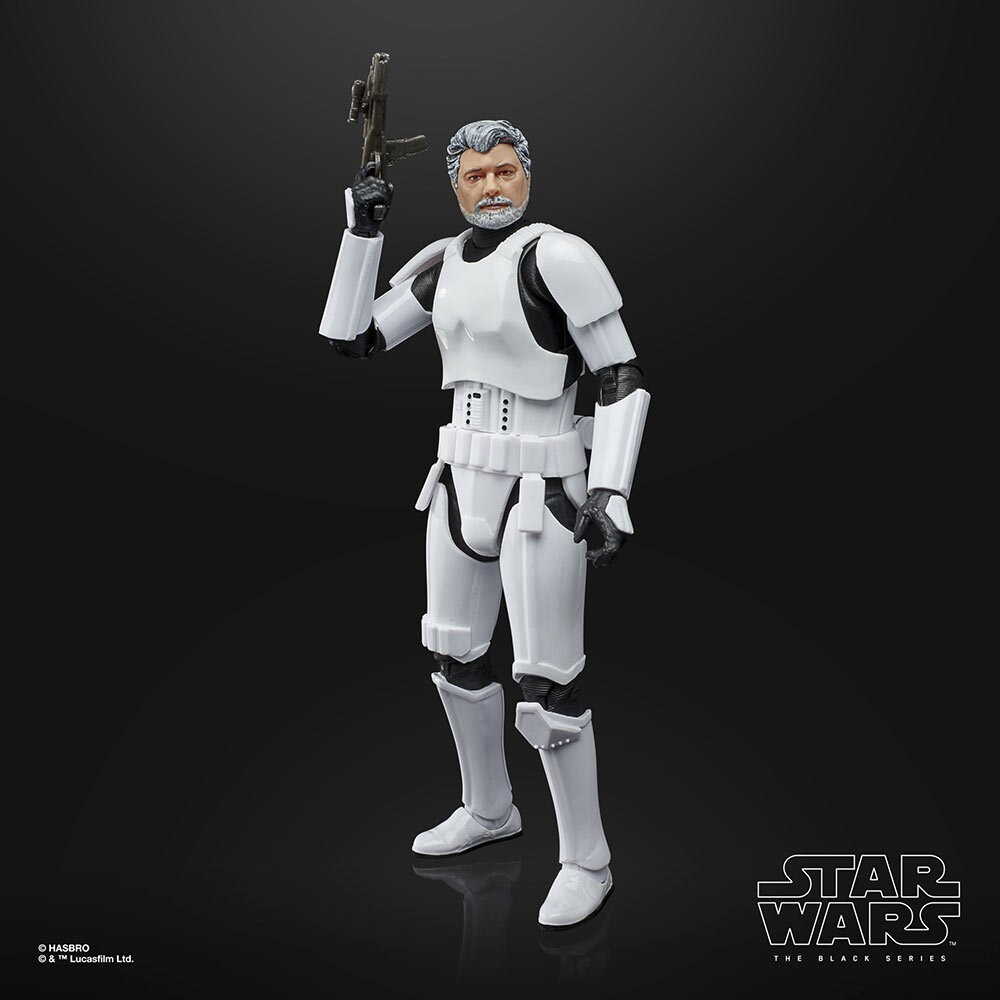