The Force-sensitive alien returns as a new toy...with an appetite.

This October, Hasbro will release Galactic Snackin’ Grogu, a new take on the adorable young alien from The Mandalorian, featuring cute sounds, animated motions, and interactive accessories. Living up to his name, Galactic Snackin’ Grogu can munch on several included items, including a blue cookie (no doubt Force-nabbed in school on Nevarro), a bowl of soup with a squid-like creature, and can be fed with a spoon; he’ll also react to each, and will let you know what he likes and what belongs in a trash compactor. In addition, he recognizes and responds to his favorite toy, even appearing to use the Force when playing with it. Inspired by the events of The Mandalorian Season 2, Galactic Snackin’ Grogu looks to be a delightful follow-up to last year’s award-winning The Child Animatronic Edition, a landmark release that struck a chord with fans of all ages. StarWars.com caught up with Hasbro’s Vickie Stratford, sr. design director, to talk about the response to The Child Animatronic Edition and why she's excited to see fans play with this new version. 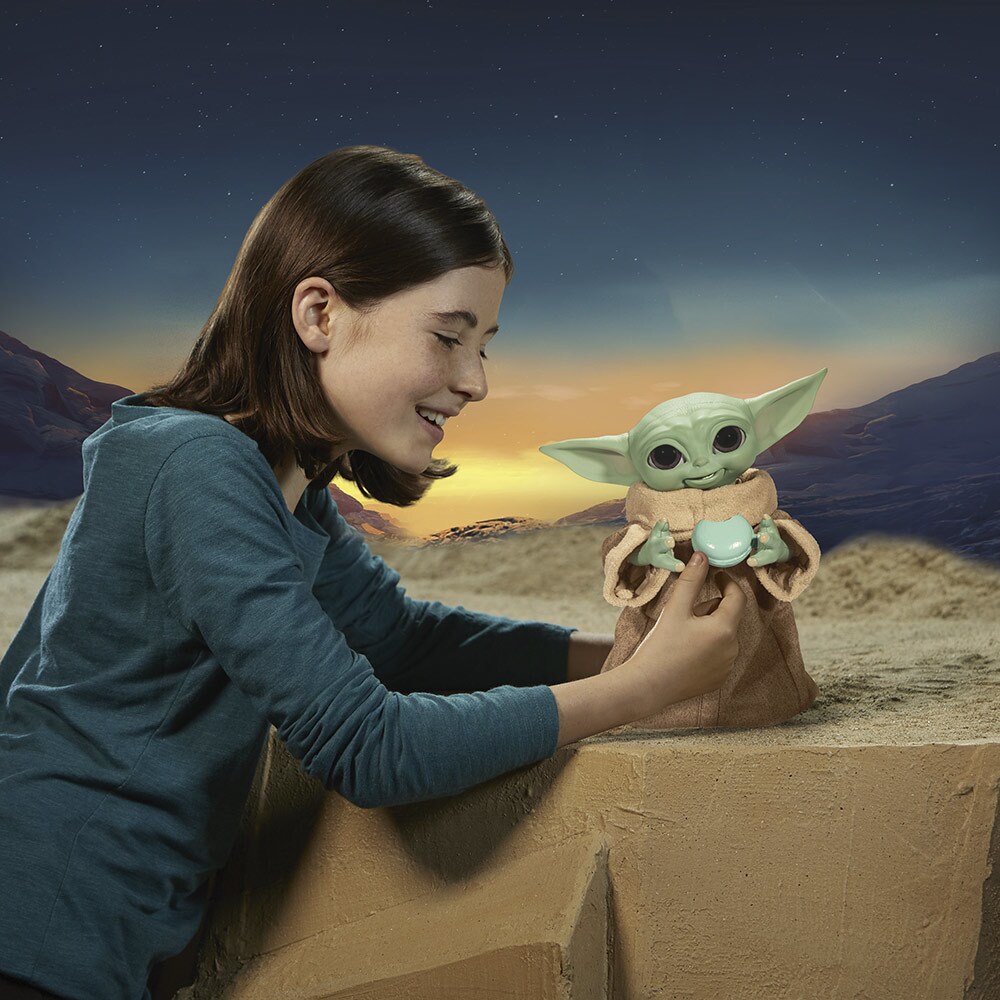 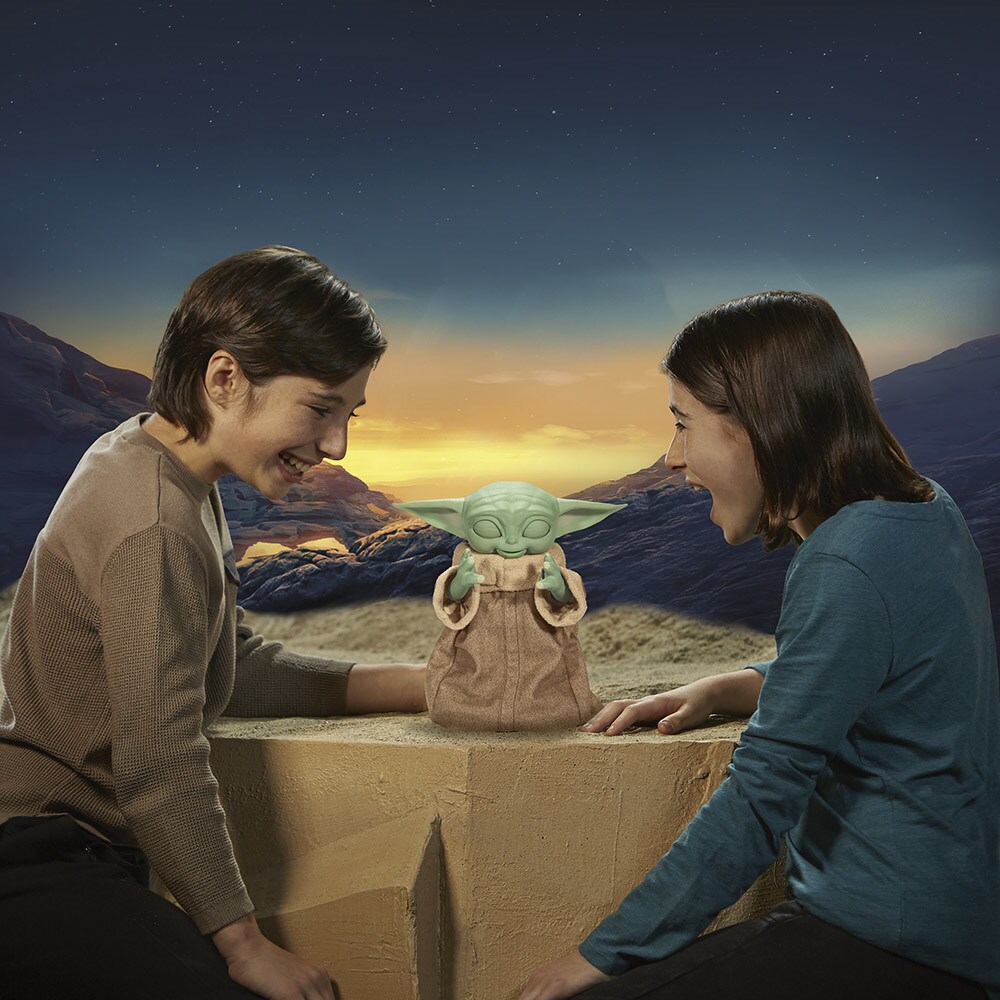 StarWars.com: First, congratulations on The Child Animatronic Edition winning Toy of the Year and Innovative Toy of the Year. I thought it was just a magical toy and so did my kids. What have the response and accolades meant to the team behind it?

Vickie Stratford: It was so exciting to have been nominated in these categories. So many people worked tirelessly on this item and getting it in the hands of fans of this character was a huge accomplishment. To see kids light up when they interacted with our The Child Animatronic Edition was incredibly meaningful to us. The toy came to life and became real to them, and that was magical for us to see. That type of engagement and love from kids is what we hoped to achieve, and thankfully, we were able to do it. Our team also got a kick out of seeing the creative ways that fans were interacting with our toy on social media. This truly is a toy that connects with people of all ages and to us, that means a lot.

StarWars.com: The big news is that you're making Galactic Snackin' Grogu -- maybe the best name for a toy ever -- which is an update of the Animatronic Edition toy. Where did the idea come from to revisit what was already a very successful release?

Vickie Stratford: We saw Grogu eating his way through the galaxy in Season 2 of The Mandalorian on Disney+ and we couldn’t resist the opportunity to bring those memorable moments to life. We looked at a lot of different ways to interact with the character and the concept of snacking opened up many fun ideas for our design and development team to create an all-new interactive experience. We are really excited to see kids enjoy Grogu’s different reactions to his snacks when they place the interactive accessories in his hand. Their hearts will melt when Grogu lifts his arms up to be held. We can’t wait to see that! 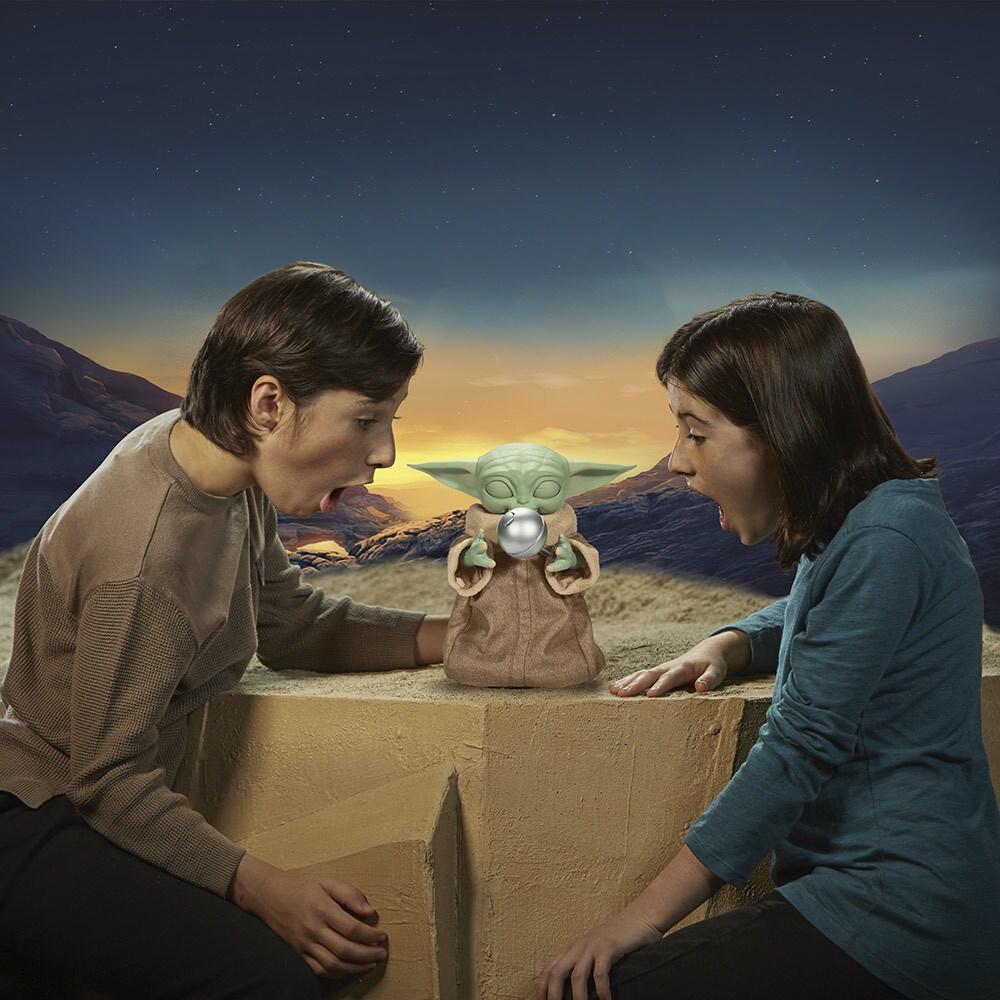 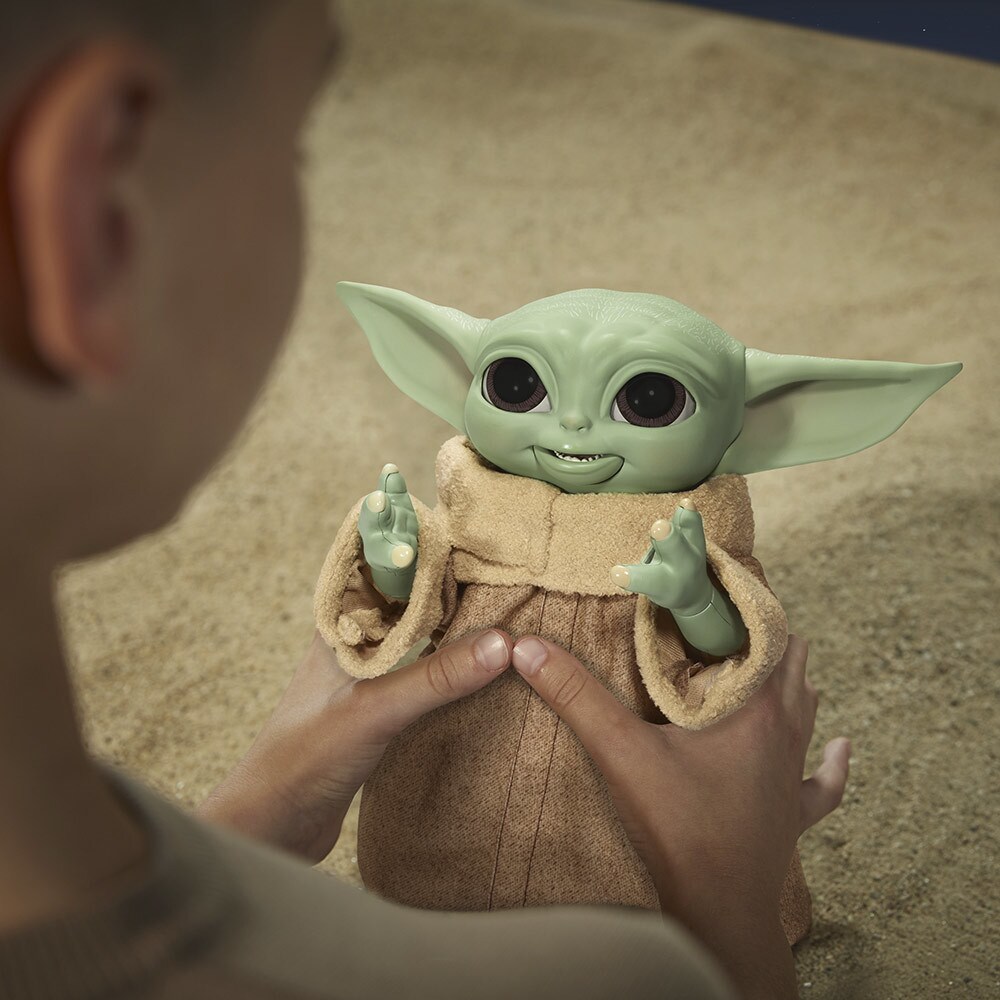 StarWars.com: Of everything Star Wars you've worked on, where does this toy rank?

Vickie Stratford: Don’t make us choose! We love all our toys equally. That said, Grogu will always have a special place in our hearts. The entire team fell in love with him the second we saw him on-screen and that inspired us throughout the whole design process.

Check out more photos of Galactic Snackin' Grogu below! 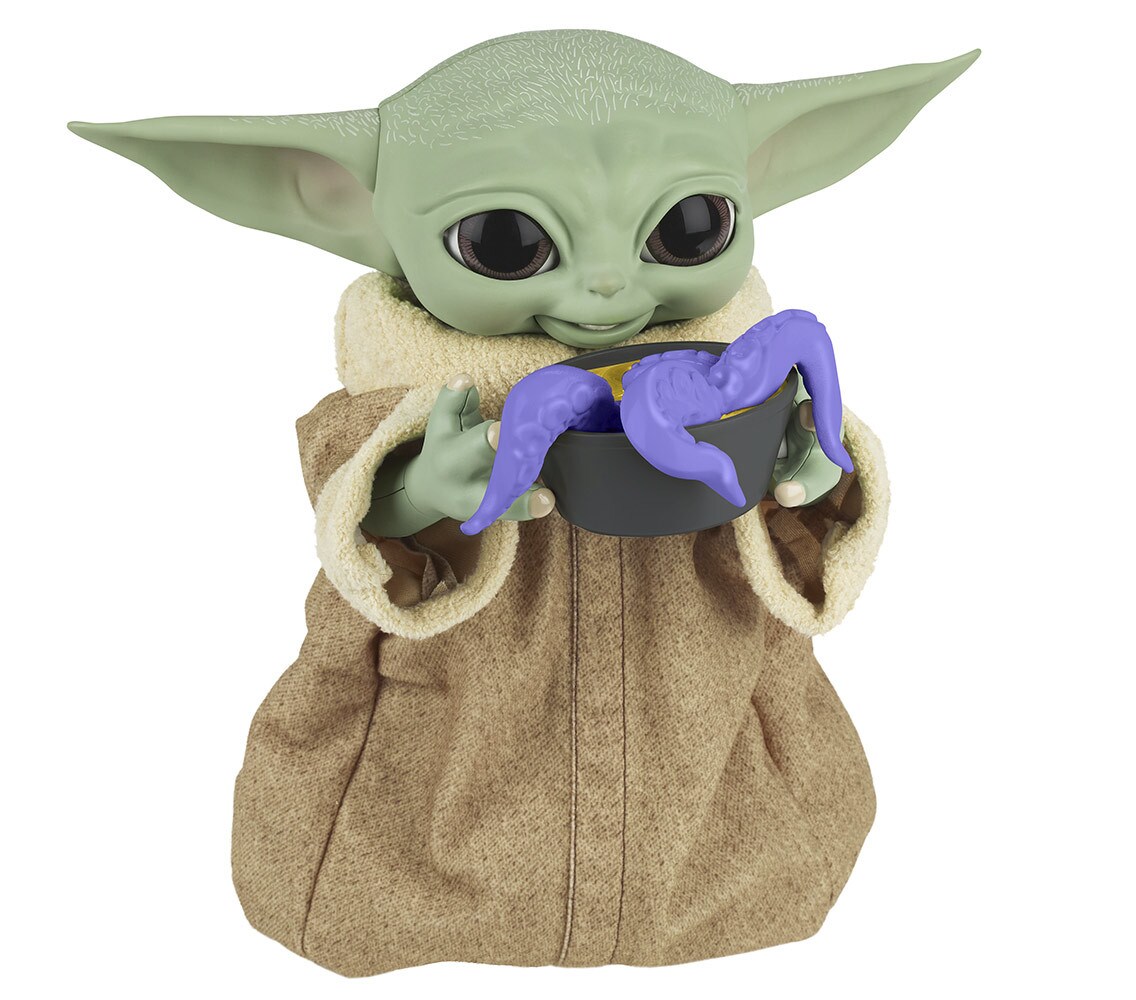 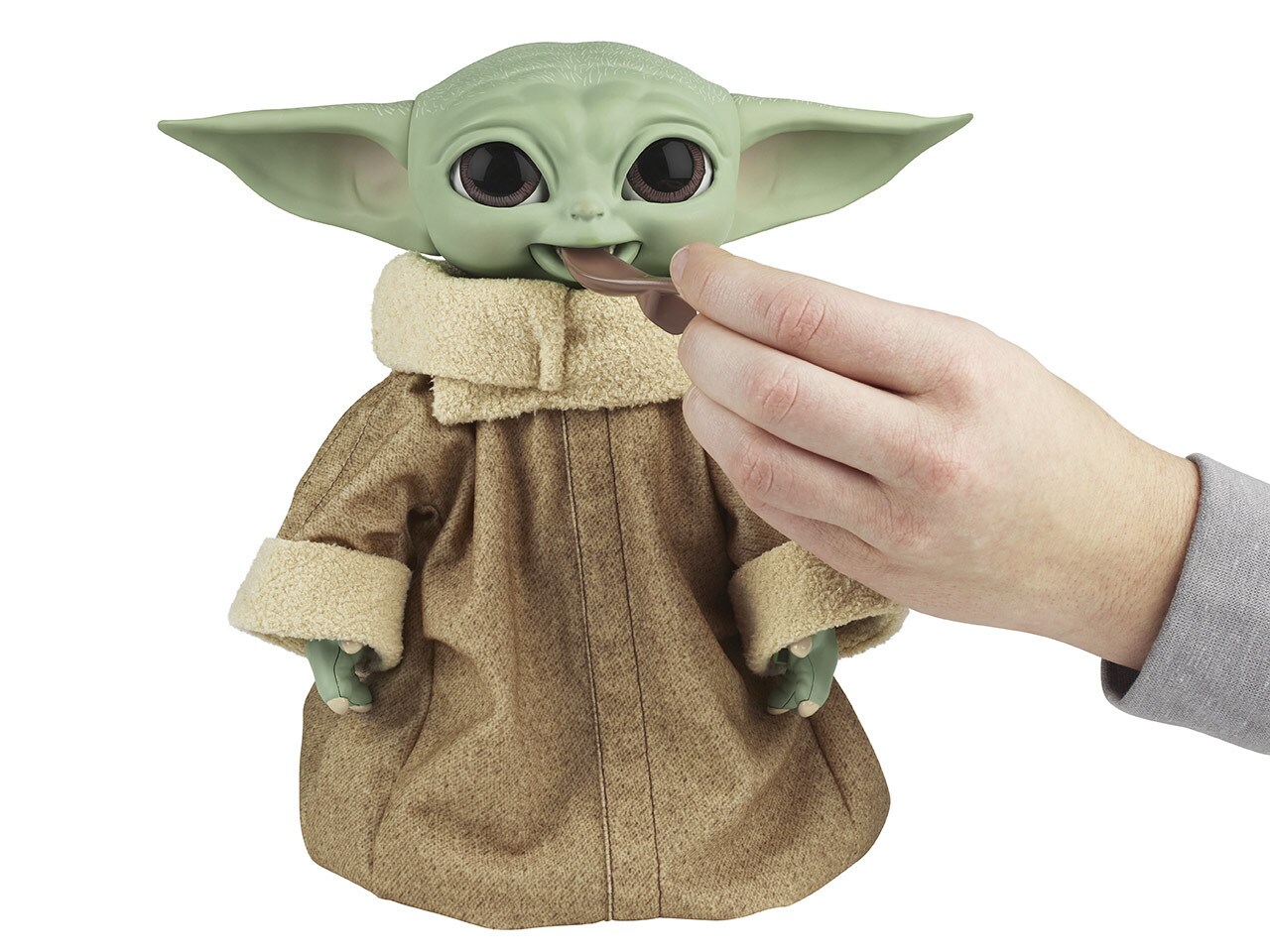 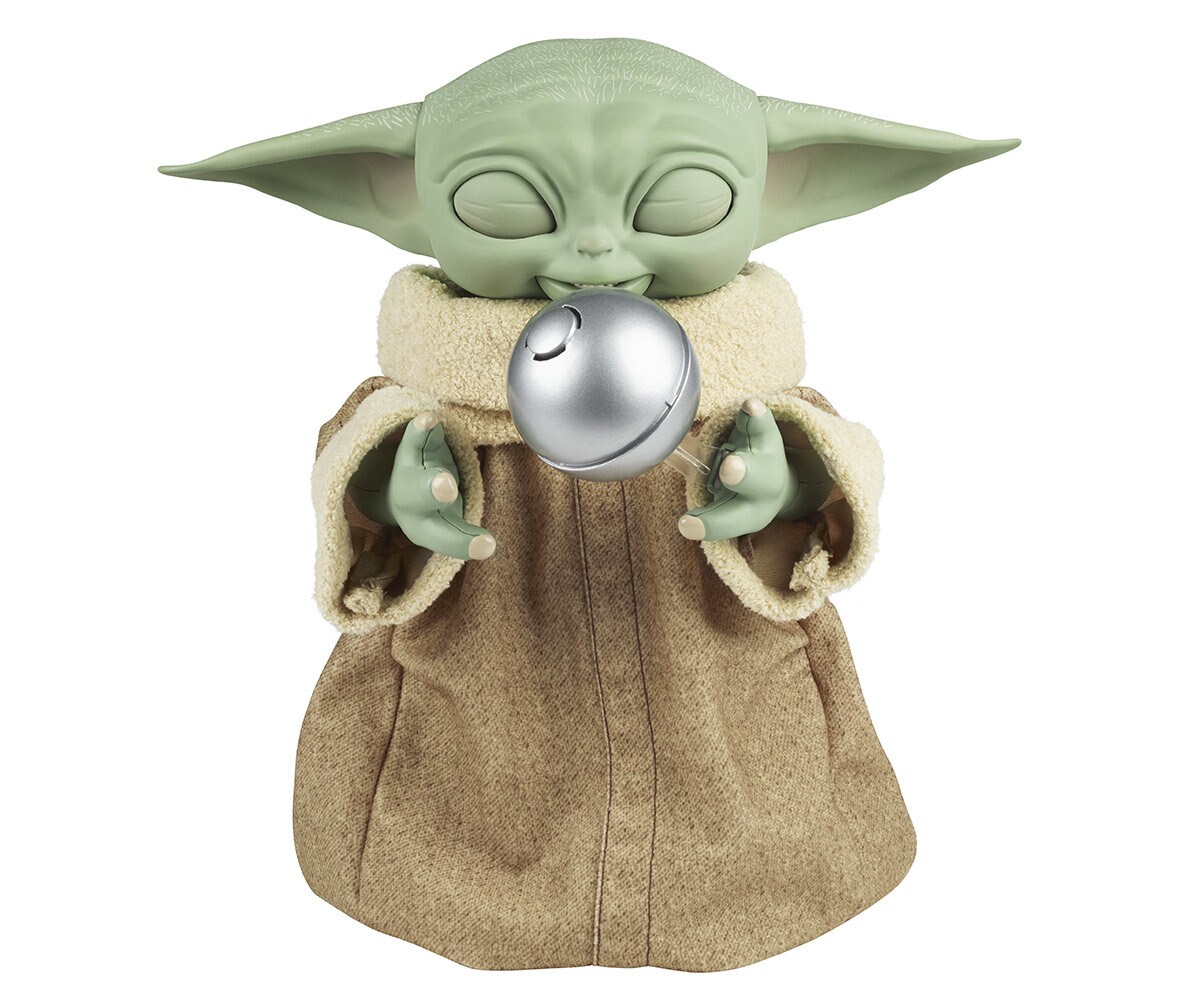 Galactic Snackin' Grogu is available for pre-order at most major retailers including Hasbro Pulse, Amazon, Walmart, and Target.