Capturing Magic: The Story of Hasbro’s "The Child Animatronic Edition"

Hasbro’s Vickie Stratford and Lucasfilm’s Chris Dern talk to StarWars.com about bringing The Mandalorian’s adorable alien to our galaxy.

It’s getting harder and harder to surprise audiences these days, and maybe that’s why the Child has become such a phenomenon. The little green being’s genuinely shocking reveal at the end of The Mandalorian’s premiere episode was a reminder that when stories take us to unexpected and mysterious places, it’s incredibly exciting. It also helps, of course, that the Child is 100 percent adorable -- a “Baby Yoda,” as the world seemed to christen him in unison. For Star Wars fans, what could be better?

Well, almost immediately, there was a great disturbance in the Force, as if a million voices suddenly cried out…“Can I have one?”

Toys have been part of the Star Wars story since 1977. The only problem with The Mandalorian, however, was that in order to preserve the surprise of the Child, Lucasfilm kept the character a secret from internal and external partners, including toymakers. So nothing was ready for toy aisles at the time the Child was revealed on the show, but the good folks at Hasbro fell in love just like the rest of us.

“Many members of the Hasbro team experienced the Child for the first time while watching episode one of The Mandalorian, and we all immediately had the same reaction,” says Vickie Stratford, sr. design director of product design, action brands, at Hasbro. “'The Child is adorable!’ We knew it was going to be a blast bringing the character to life.”

“Right away our minds started imagining the many categories, offerings, stylistic approaches, special features, innovative challenges and pure fun we would be facing as we moved forward with product concepts,” adds Chris Dern, senior manager, product development at Lucasfilm.

Hasbro has since released several iterations of the Child, from its popular 6-inch action-figure line Star Wars The Black Series, to The Bounty Collection, which features small stylized takes on the young alien. But Hasbro wanted to go for something bigger, in all meanings of the word.

“The character was so beloved by fans, so the idea was to make sure they could bring the Child in their homes,” says Stratford. That idea evolved into Hasbro's The Child Animatronic Edition, which captures the imagination and truly brings the character into our galaxy. It’s about the same size as the screen-used puppet. It moves its ears, blinks its eyes, and tilts its head. It makes impossibly cute cooing sounds, right from the show. You can even lay it down for a Force nap. To paraphrase Darth Vader, it is pointless to resist being charmed.

“For this toy we pulled in a Hasbro team of experts with experience on various brands that utilize animatronic technology. One of the biggest challenges we faced was incorporating as much lifelike motion as possible, all while using simple mechanics in order to keep the toy at an affordable price point,” says Stratford. “Our team explored many different materials in order to make The Child Animatronic Edition look and feel like it does on The Mandalorian series.” 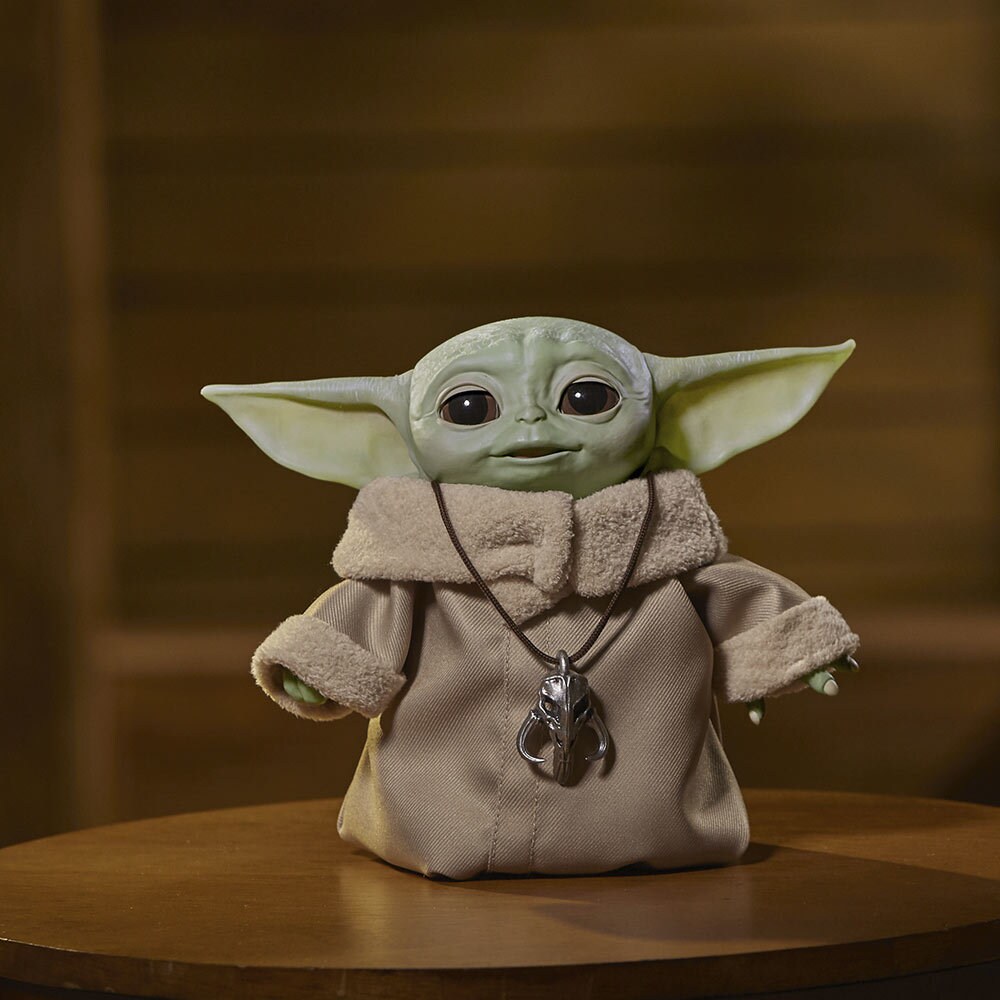 In terms of sculpt and texture, The Child Animatronic Edition achieves an impressively high level of accuracy: the face looks just like the character’s, the eyes are big and expressive with large, deep black pupils, and the lower part of the ears are floppier than the rest, with a pinkish coloring and rubbery feel. 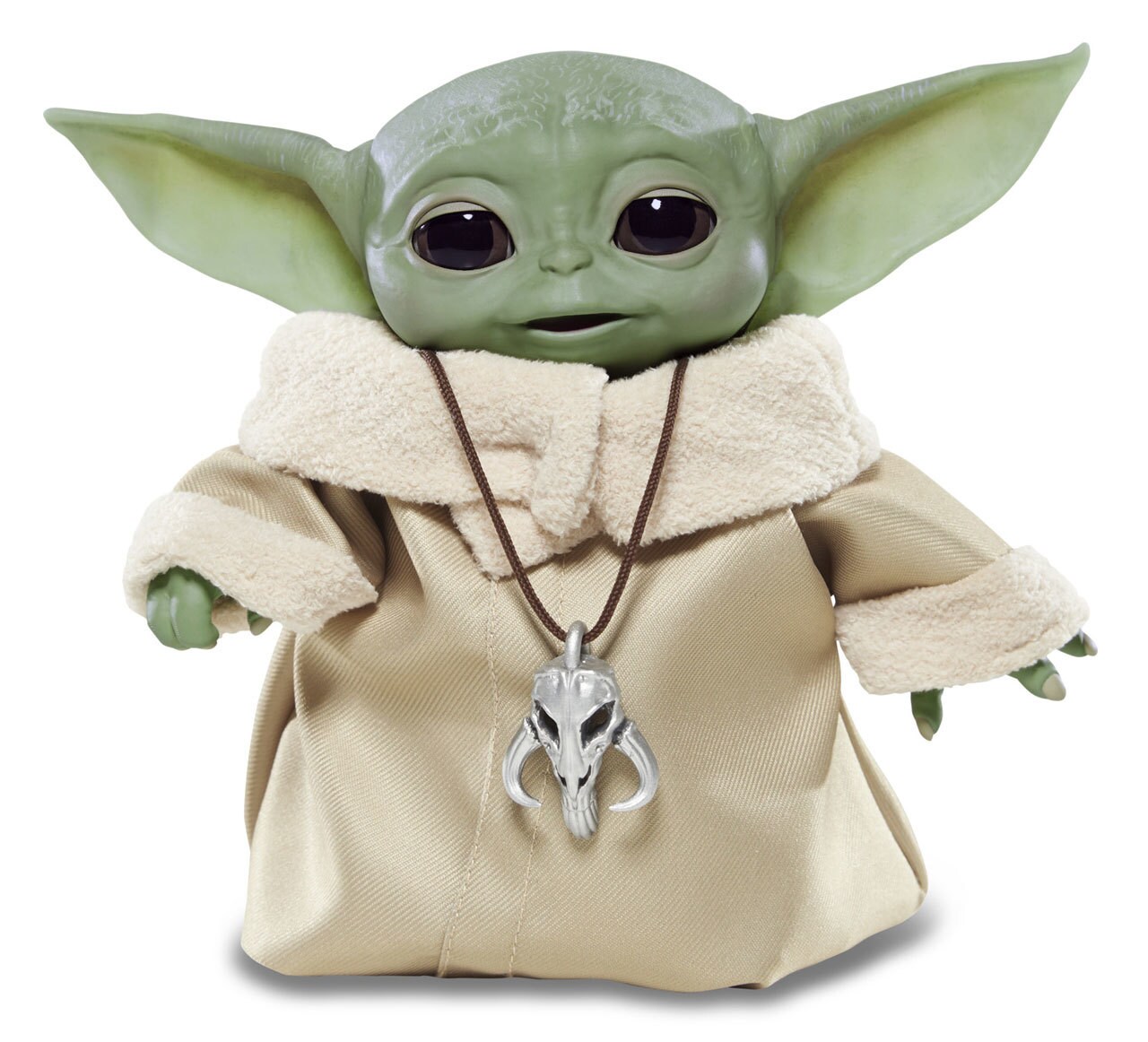 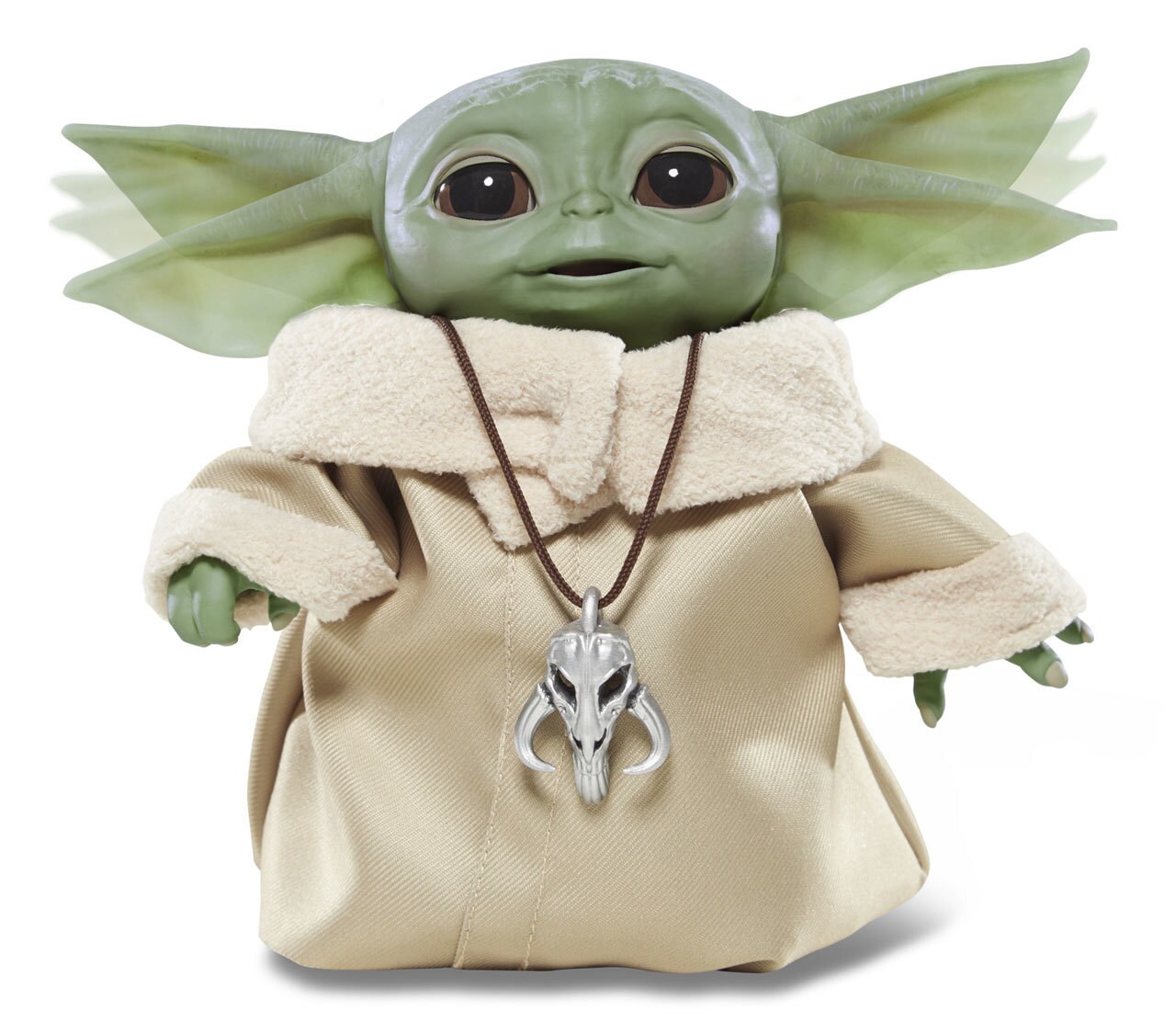 “We used tons of digital references provided by Lucasfilm, and also watched the series over and over again to make sure we got it right,” says Stratford. “The baseline goal of the sculpting process is, of course, to be as accurate to the reference as possible, but the tricky part is trying to go beyond that to capture the essence or spirit of the character, their presence, and especially their charm. Once the episodes featuring the Child aired, we kept watching those scenes repeatedly to figure out the recipe of little mannerisms, expressions, and sounds that all work together to capture our hearts. Trying to get as much of that magic into our sculpts, which is a silent and static medium, was by far the greatest challenge.”

“Honestly, those challenges are mainly what make the creative side of product development so exciting,” says Dern. “We have to ask ourselves, ‘How can we make this appear as if it walked off the screen and into our hands? How do we capture the magic?’" 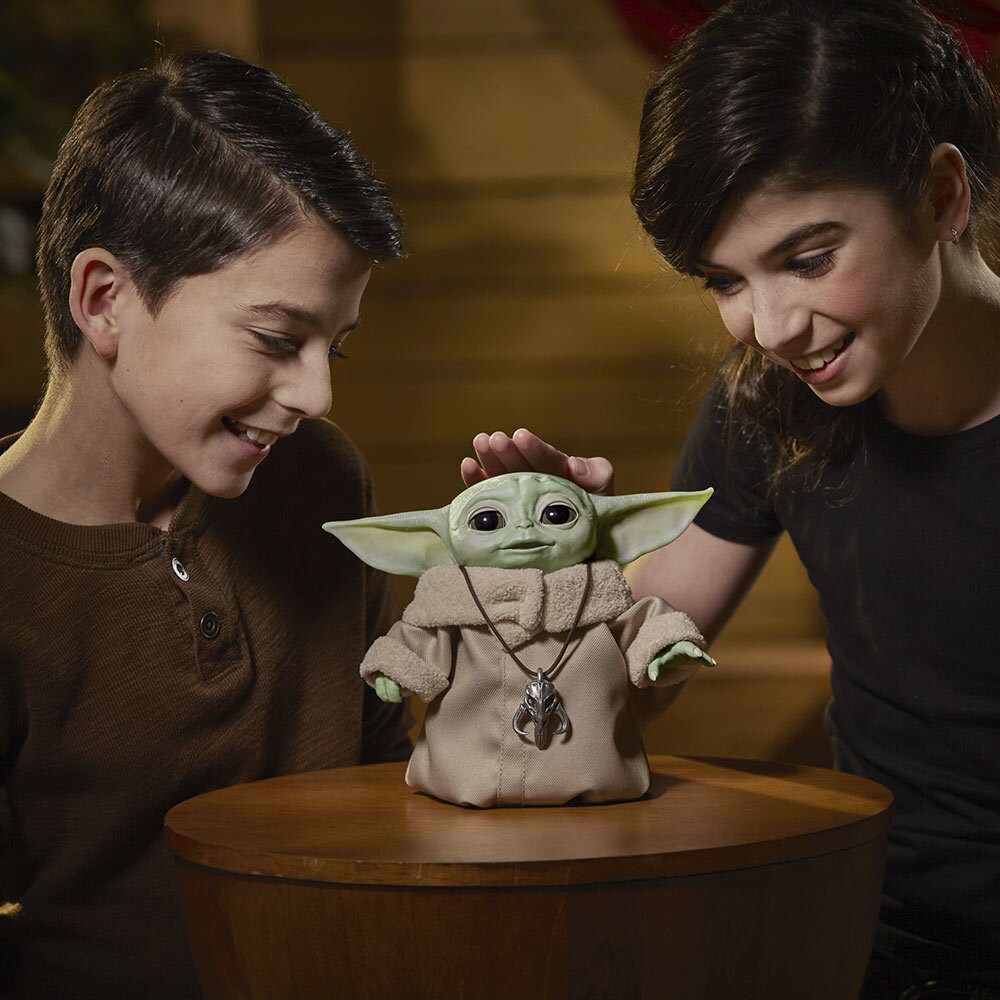 Magic, really, is what toymakers do. Through play and collecting we get to experience fantastical things that would otherwise be impossible to reach out and touch. And The Child Animatronic Edition is a wonder of toymaking.

“Bringing this character to life was a labor of love for our entire team. We can’t wait to see more fans’ reactions when they first experience The Child Animatronic Edition at home,” says Stratford. “Honestly, we can’t even wait to get this amazing toy in our own homes. Our friends and families have been bugging us to get one for months!”

“It has been nearly a year in the making and I am sure that the entire development team, including myself, are extremely excited to finally deliver this to kids and fans alike,” adds Dern. “Our hope is that we are able to deliver a little bit of that magic, directly from The Mandalorian, into the hands of our biggest fans with this product.”

After the latest episode of The Mandalorian every Friday, visit MandoMondays.com each Monday to see the latest and greatest products inspired by the series, and join the conversation on social media using #MandoMondays.