Feeling the Dark Side: Star Wars Villains We Love to Love

Presenting some of the galaxy's greatest baddies, from Vader to Bane. 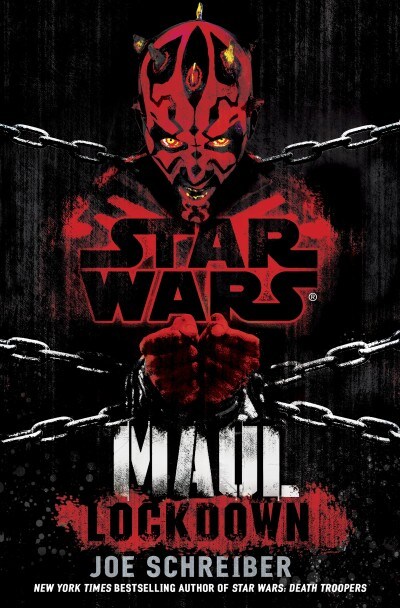 This month sees the release of Maul: Lockdown, and so what better way to kick off the new year than to pay tribute to some of my favorite villains from Star Wars movies, books, and comics.

Darth Vader. The bad daddy of them all, and yes, the pun is intentional. What can I say about Vader that hasn’t already been said many times before? He’s ruthless, he’s terrifying, he’s powerful, and he has no time for your nonsense. The fact that he is redeemed in the end doesn’t make him any less imposing of a villain until that moment.

Darth Maul. I couldn’t make this list without including the star of Lockdown! But I would have included him nonetheless. The most iconic figure from the prequel trilogy, Maul managed to capture our imaginations while being a Zabrak of few words. His acrobatic lightsaber skills and seething menace made him a villain to be thrilled by, even if you’d never want to meet him in a dark alley. His darkly atmospheric arc in The Clone Wars only made him more electrifying.

The Yuuzhan Vong. These technology-shunning aliens legitimately scared the heck out of me while I was reading the New Jedi Order. It didn’t help that they are repulsive to imagine, and the thought of their bio-weapons gave me the willies. They are a worthy foe to drive the conflict of this epic series, and it helped that while reading you could feel how much our heroes feared them, too. They have a torture device called the Embrace of Pain, for crying out loud.

Lumiya. I first fell for Lumiya in the old Marvel comics, and was beyond excited when she showed up in the Legacy book series. DARK LADY OF THE SITH. What else do I even have to say? She has a Force whip. She looks great in black and cyborg parts. She made an Emperor’s Guard her apprentice and turned Jacen Solo into a Sith Lord. Once Lumiya sets her mind to something, she makes it happen...and beware the consequences.

Lord Daiman. Daiman, from the Knight Errant comic series, is a Sith Lord who is also completely insane. Which is scary...but also really entertaining. For Daiman actually believes that he is the creator of everything in existence. “I was bored, and so I created the universe,” he claims. Okay then. Daiman tangling with his Sith Lord brother Odion -- to the point of teaming up with Jedi Knight Kerra Holt to do so -- makes for fun reading.

Kir Kanos. Calling him a “villain” might be stretching it a bit, but I wouldn’t call Kanos a hero, either. This erstwhile Emperor’s Guard remains fiercely loyal to his former master...even if he sometimes winds up committing some good along the way. Complicated, conflicted, super capable, and deadly...if Kir Kanos starred in a movie, women across the country would fall in love with him.

Darth Bane. Look. Don’t mess with Darth Bane, okay? IT WON’T GO WELL. This guy couldn’t even stand his fellow Sith, which is saying something. This guy is so hardcore that he actually wanted his apprentice to overthrow him, thus continuing the Rule of Two. “Whatever it takes” should have been inscribed on his tombstone. His legacy is handed down all the way to Sidious and Vader. For that alone he deserves a spot on this list.

Who are some of your favorite Star Wars villains? Let me know in the comments below!