Exclusive: New Novel Inferno Squad Will Pick Up Immediately After Rogue One

Get first details and see cover art for a new book about an elite Imperial squad.

You don't steal plans to the Death Star without making the Empire angry. We'll learn how angry very soon. 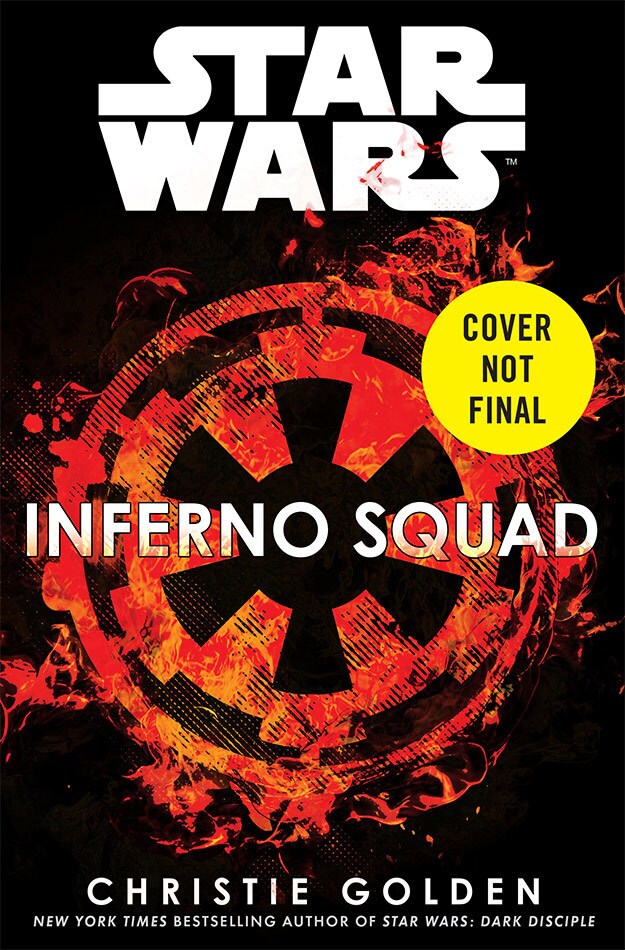 StarWars.com is excited to announce Inferno Squad, a new novel from Christie Golden coming July 25, about an elite Imperial squad and their mission following the events of Rogue One and A New Hope. While there are more details to come regarding the book, we have a first look at the cover, and the official description below offers a glimpse into what fans can expect:

The Rebellion may have heroes like Jyn Erso and Luke Skywalker. But the Empire has Inferno Squad.
After the humiliating theft of the Death Star plans and the resulting destruction of the battle station, the Empire is on the defensive. In response to this stunning defeat, the Imperial Navy has authorized the formation of an elite team of soldiers, known as Inferno Squad. Their mission: infiltrate and eliminate the remnants of Saw Gerrera’s Partisans. Following the death of their leader, the Partisans have carried on his extremist legacy, determined to thwart the Empire -- no matter what the cost. Now, Inferno Squad must prove their status as the best of the best and take down the Partisans from within. But as the danger intensifies and the threat of discovery grows, how far will Inferno Squad go to ensure the safety of the Empire?

Inferno Squad versus the Partisans? Sounds like a classic Star Wars battle in the making.

Stay tuned to StarWars.com for more on Inferno Squad!