Doctor Aphra fans have a new treasure to hunt.

Sarah Kuhn’s Doctor Aphra: An Audiobook Original, an adaptation of the fan-favorite rogue archaeologist’s debut story in Marvel comics, will soon be back in a hardcover release. Coming April 6, 2021, and available for pre-order now, you can get a first look at the cover of Doctor Aphra below, exclusively on StarWars.com. 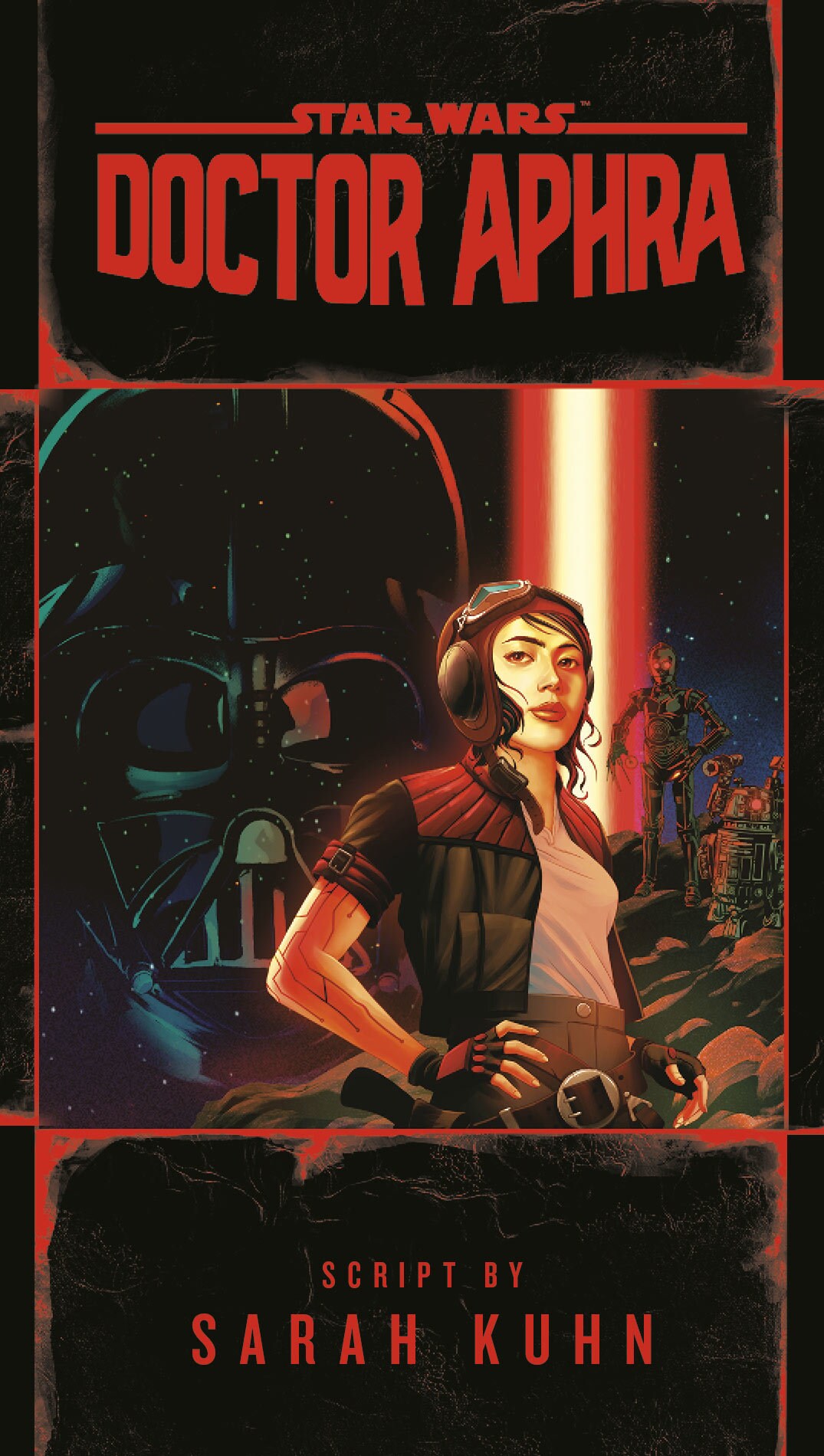 In the story, Doctor Aphra makes a deal with Darth Vader and begins a memorable (if crazy and dangerous) journey involving murder droids, a run in with Luke Skywalker, and more galactic shenanigans.

"The reaction to this project has been wonderful," Kuhn tells StarWars.com. "It’s no secret that I was a huge Aphra fan before getting to write for her, so I love being able to nerd out with other folks who adore her, and to hear all the screaming and swooning over the pieces I added to her story. I screamed and swooned a lot when I wrote it, so to get that reaction from people who are not me means a lot. I have also really enjoyed hearing from new fans, people who weren’t familiar with her before and are now all in and so excited to experience her adventures in the comics. She deserves to be as famous and beloved as all the Star Wars greats."


The book version will also feature new content, including a Dramatis Personae (a list of characters) in the voice of Aphra herself. As usual, Aphra’s lens is one of hilarious chaos.

"I’d been in her head for so long, it felt natural, and also like something she would want -- this is her story, in her words, so why wouldn’t she introduce the whole cast in her own very distinctive way?" says Kuhn. "One of the most fun things about Aphra is she doesn’t have the same sense of reverence that some others in the Star Wars universe might -- so she’s thoroughly unimpressed with Luke, Han, Boba Fett, almost everyone, and that’s reflected in how she introduces them. That said, my favorite character description is Sana Starros, who she calls an 'unfortunate dreamboat.' That’s a rare admission of real feelings from our girl Aphra."

StarWars.com is excited to reveal the full Dramatis Personae below!

TRIPLE-ZERO: Protocol droid. Favorite hobbies include translation, holo-chess, and draining organics of all their blood.

BEETEE: Blastomech droid. Has a flamethrower.

SANA STARROS: Smuggler. Unfortunate dreamboat. Working with the rebels for some godsforsaken reason.

BLACK KRRSANTAN: Disgraced Wookiee. Fearsome bounty hunter. Do not challenge him to a pit fight.

PADMÉ AMIDALA: The “good” former queen and senator of Naboo.

LUKE SKYWALKER: Yellow-haired rebel humanoid who is supposedly important for some reason?

BOBA FETT: Bounty hunter. Inspires fear in the hearts of all (except for our intrepid heroine).

THE ANTE: Information broker. Sometimes useful. Not to be trusted.

BOSSK: Bounty hunter. Wookiee-killing machine. Does not understand the concept of jokes.

SAVA TOOB-NIX: Sava of the University of Bar’leth. Hates when his lectures are interrupted (especially by our intrepid heroine).

For more on Doctor Aphra, be sure to read StarWars.com’s interview with Kuhn, and if you’re new to the character, check out StarWars.com’s recap of her many (often unfortunate) exploits.