Discover behind-the-scenes secrets about the Colossus and hints you might have missed about the massive platform-turned-ship!

Star Wars Resistance is here! The animated series follows Kazuda “Kaz” Xiono, a young pilot recruited by the Resistance and tasked with a top-secret mission to spy on the growing threat of the First Order. Visit StarWars.com following each episode for “Bucket’s List Extra,” an expansion of our weekly fun-facts video series Bucket’s List, often featuring never-before-seen concept art and stills from the show. In this installment, we look at “No Escape: Part 2.” 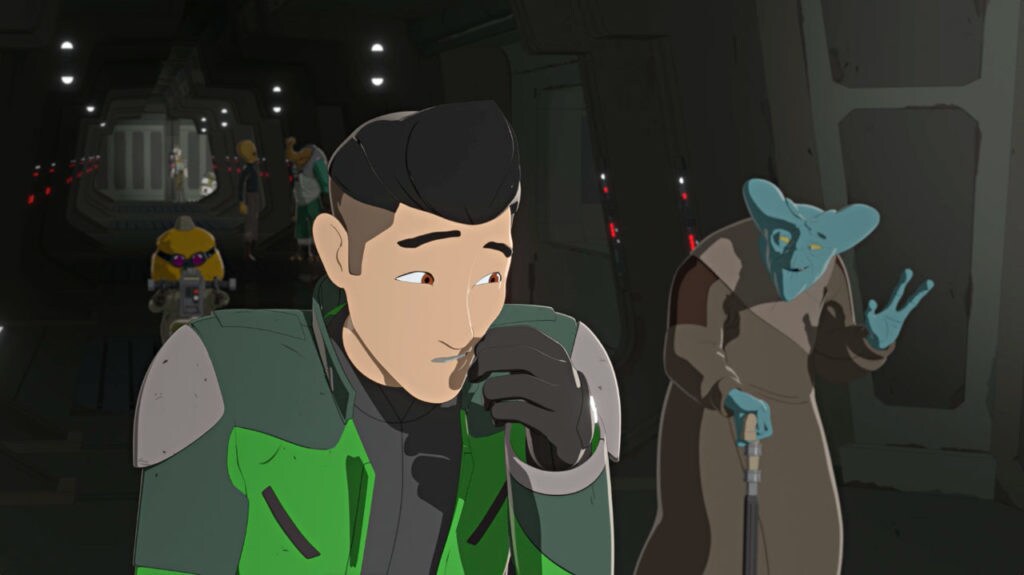 In the script and in an early cut of the episode, there was another corridor-flooding sequence with Kaz jumping into a doorway with Garma, the old Arcona lady. After Kaz tackles her to get her out of the way of the crashing waves, she would have pinched his cheek and called him “an adventurous one.” In the early cut of the episode, Aunt Z’s arrival was unheralded at the end, but to better set up her return, a scene was added with Neeku receiving a signal from her. 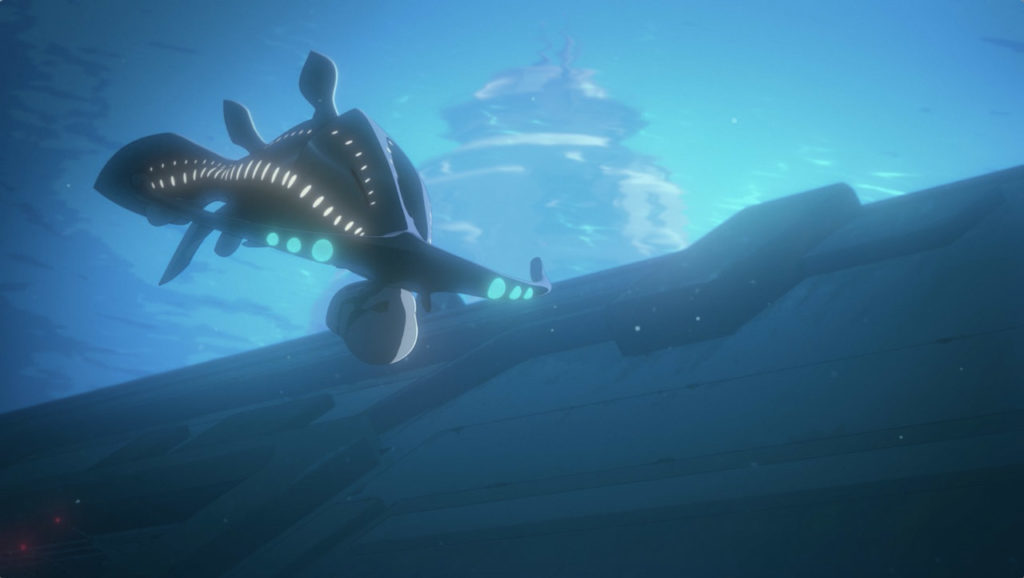 3. You're gonna need a bigger Colossus.

At the start of the second act, the shark-like sharvo that swims past camera has a stormtrooper helmet in its mouth. This was a callback to a much earlier reference in the show: "Maybe I'll wager that a sharvo fish eats you whole" was a line first overheard in the series premiere. 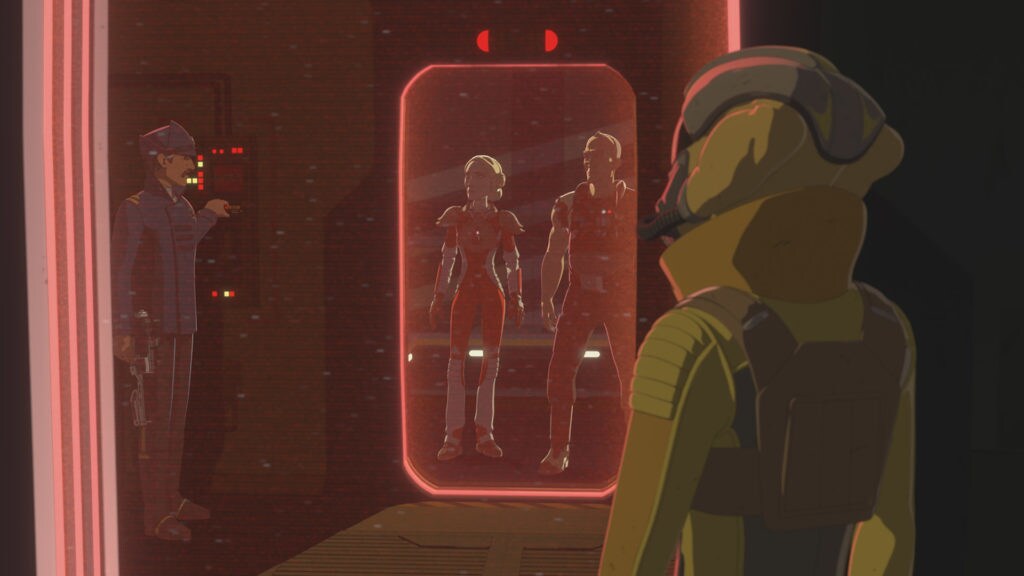 When Captain Doza frees the imprisoned Aces, an earlier cut of the scene had Freya sharing a cell with Griff, who was working out by doing pull ups. Freya is thankful for the save, saying, “Do you know what it’s like to be stuck in a cell with Griff for three days?” 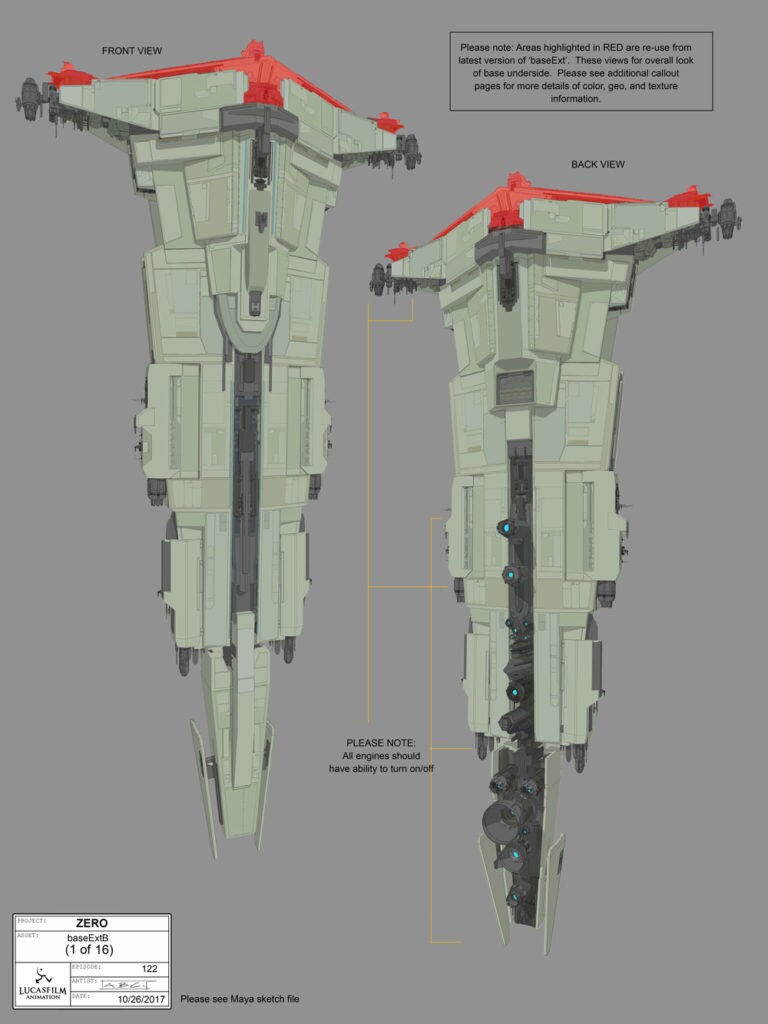 Art Director Amy Beth Christenson fills us in on the story behind the Colossus: "From the beginning, even at the first writers conference, it was talked about that the Colossus was actually a massive ship, buried in the sea floor under water, with the visible top part being a very small percentage of the mobile base. Although it was always the plan to have a huge ship under water, the plan was to reveal this at the very end of the season. There are a few clues throughout the season: In some of the first episodes, you see some lights that might be a reflection under the water, but in reality they are from the rest of the ship below water. Then, in later episodes, you actually see the top part of the structure just under the water, to start to imply that there is more ship. Even though it was planned all along, the final design of this section of the Colossus wasn’t completed until the final episode." 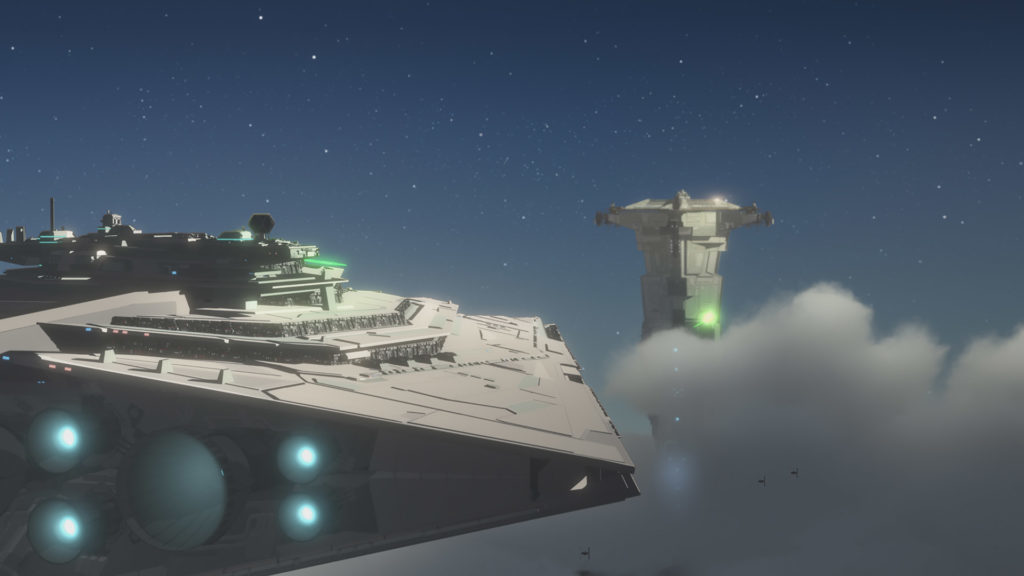 The Colossus was designed to fly upright/vertically, like a B-wing or the Resistance bombers, for a couple of reasons. Amy Beth Christenson: "First, it helped distinguish it from a Star Destroyer, since both were wedge-shaped. Second, because Doza’s tower would still act as the bridge of the ship, it kept the characters and set upright in space. This gave it a similar feel to Skystrike Academy from Star Wars Rebels, so to help distinguish the two bases, more emphasis was put on breaking up the silhouettes and shapes of the Colossus, and repeating the angles, panels, and details that Bill George put into the top section." 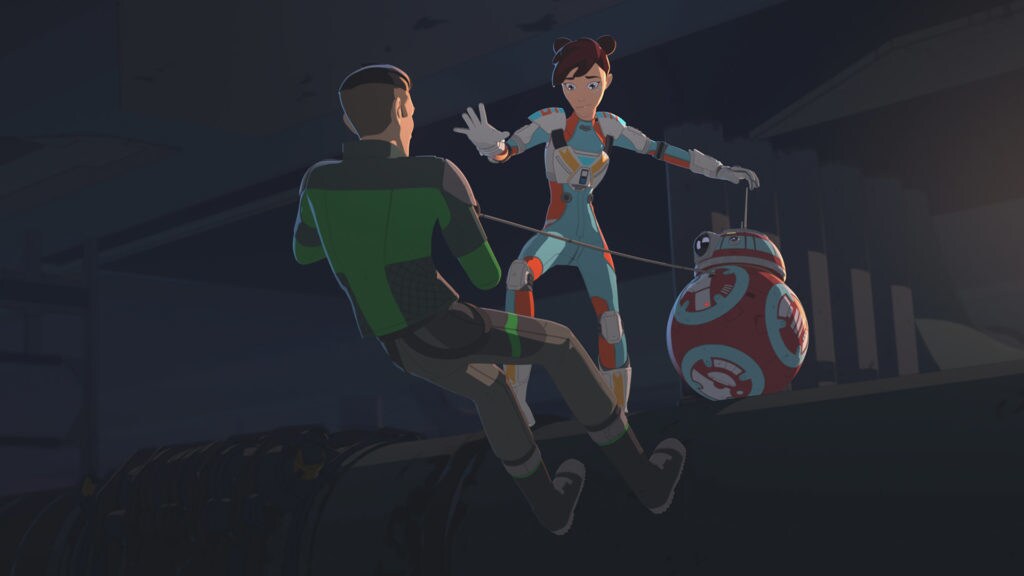 As suggested in Bucket's List Extra for "The Disappeared," the Colossus was always designed to transform and collapse into it's final space-worthy shape. Although not a lot of attention is called to it in the series, a lot of care was put into making sure that the different hydraulic pylons would work in real-world space.