The shooting guard for the Utah Jazz would feel right at home on the Jedi Council…if they granted him the rank of Master.

Basketball, like using the Force itself, requires immense focus and precision skill plus the kind of teamwork that would make the Rebel Alliance proud. Adidas and Star Wars have come together to create an exclusive capsule collection of Star Wars-inspired sneakers. Today, the first wave of the collection launches with the Adidas x Lightsaber pack, harnessing the spirit of the Jedi and paying homage to some of the NBA’s modern-day heroes on the court.

“We wanted to create a collection that was unique from any past Star Wars collaboration,” Tommy Lubinski, Adidas’s product manager for apparel and footwear says of the new line. The weapon of the Jedi seemed like the perfect place to start. “There are a lot of similarities between the lightsaber and a signature athlete’s footwear,” including a thorough process of testing, refinement, and customization. 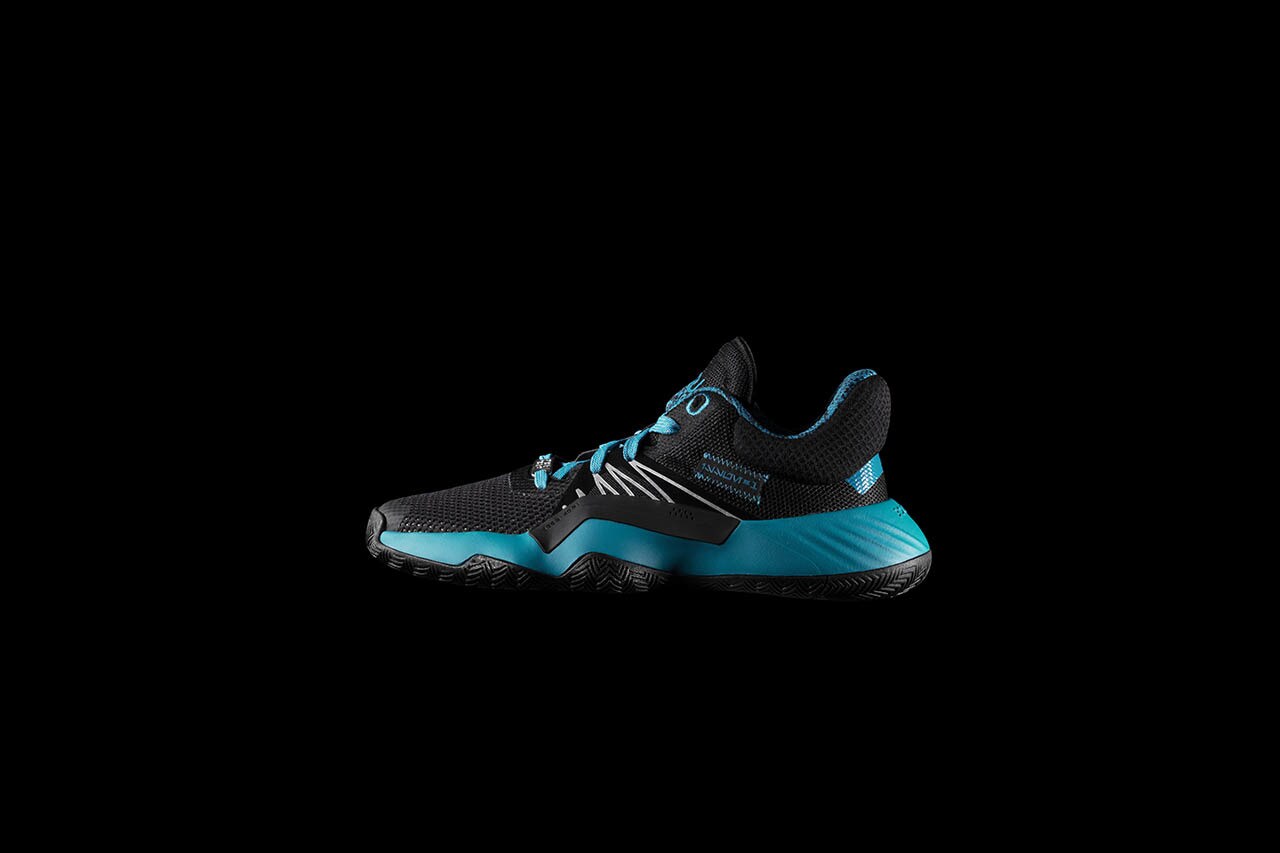 “We loved the level of detail that Star Wars brings,” adds Leah Provo, Adidas's senior graphic designer, “from costume and set design to the hilt of a lightsaber.” The Adidas line carries the overarching mantra “Rebel Against Tradition,” she notes, a nod to how the featured players have found their own footing. “Our signature athletes are rebels in their own right,” Provo says. “These athletes aren’t traditional basketball players in how they approach the game and life." 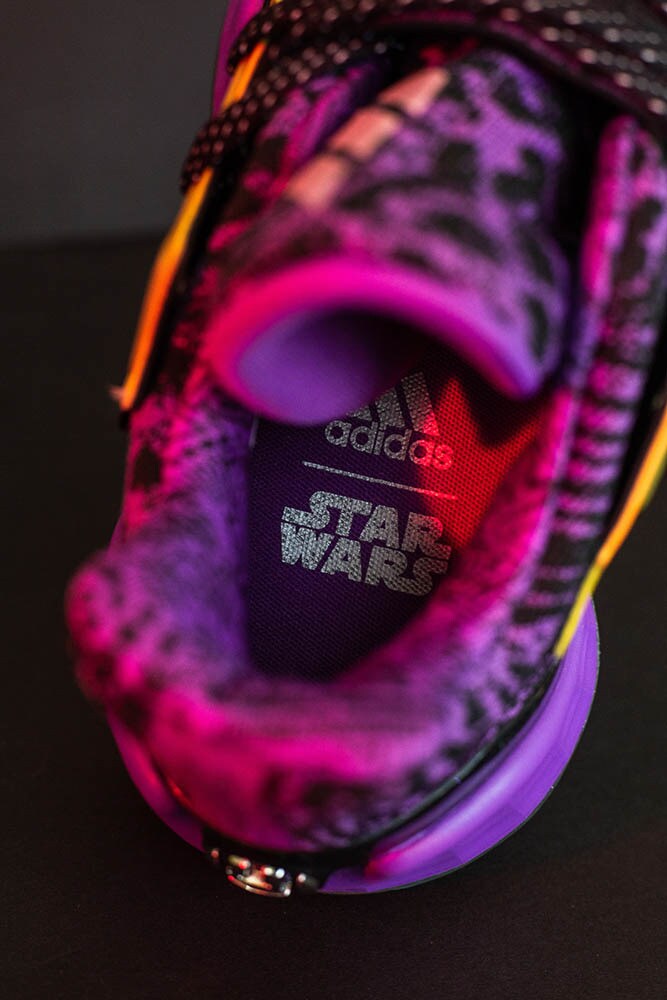 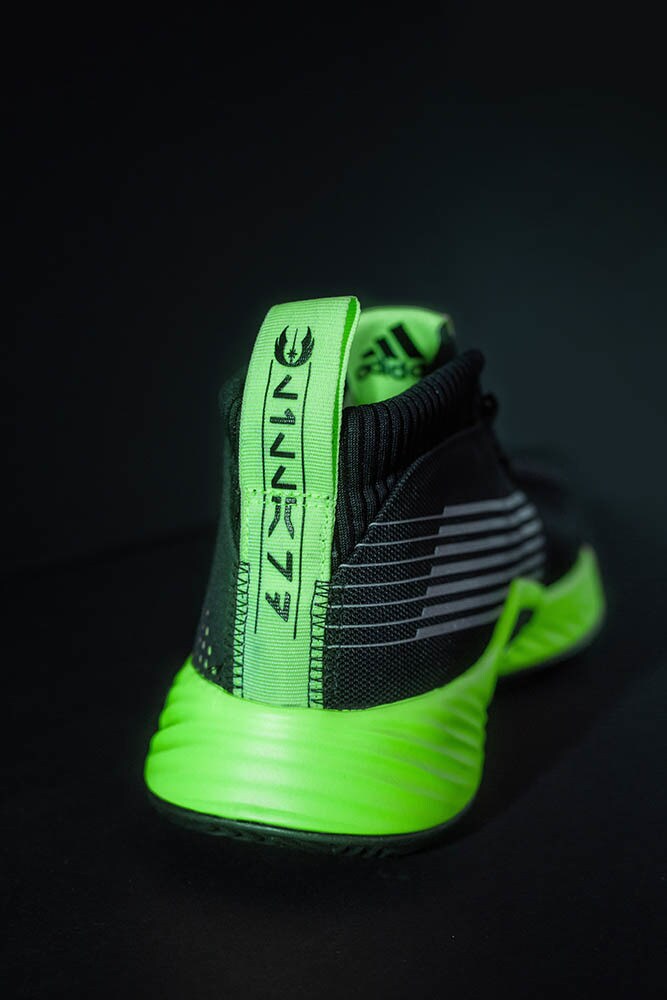 To celebrate the launch of this colorful new collection, which features design details including player’s names in Aurebesh, StarWars.com snagged some time courtside with Donovan Mitchell to talk about how the themes from the films translate to his everyday life and his new kicks.

StarWars.com: Blue is a classic lightsaber color -- shared by Anakin Skywalker, his son Luke, Rey, and so many others. Of all the Star Wars characters that had a blue lightsaber, who is your favorite? Donovan Mitchell: Blue is all time as far as lightsaber colors. My favorite character in Star Wars is Luke Skywalker, for sure.

StarWars.com: Star Wars is all about how anyone can rise up to become a hero and you've redefined what it means to be a rookie in your career by leading your team in scoring and to the playoffs in the Western Conference. How does that message from the films resonate with you in your day-to-day life?

Donovan Mitchell: When you take away everything else, Star Wars is really an underdog story. Even Luke came from humble beginnings, and he ended up being one of the most powerful Jedi out there. As the 13th pick coming out of school [drafted by the Denver Nuggets], lots of teams passed up on me. I never had to spend any time training with Yoda, but I spent lots of hours in the gym working hard and putting it all together; when I finally got out there, I was just able to do my thing.

Another great message that Star Wars shares is the emphasis on the people you have around you. Look at Luke with Leia and Han. My teammates and I have so much faith in each other on the court while we’re out there trying to win games.

StarWars.com: Let's say you're a free agent in the Star Wars galaxy and you have to pick a team. Do you go with the Jedi, the Sith, the Resistance, the Empire, or join the bounty hunters?

Donovan Mitchell: Easily a Jedi, but when they promote me to the Council they better grant me the rank of Master. 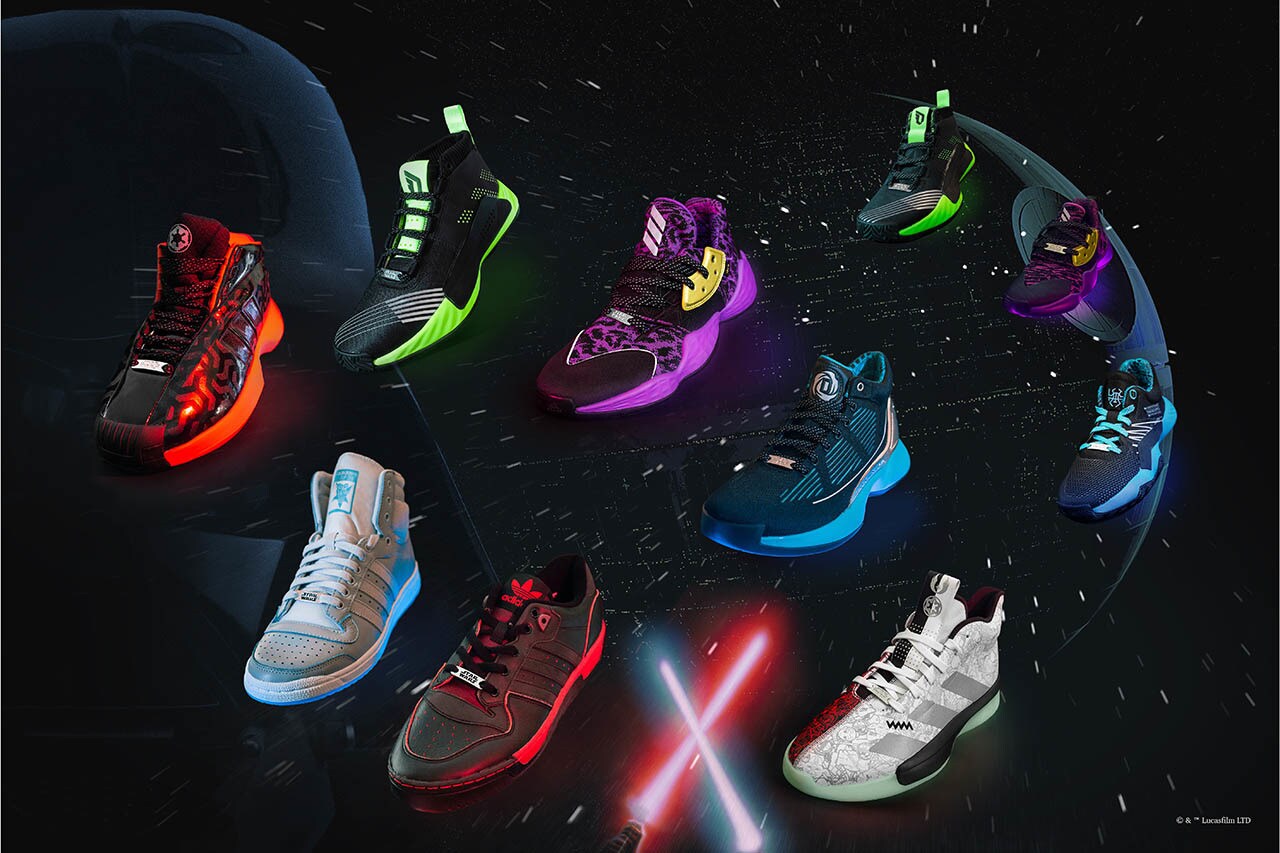 Get your own pair of Adidas X Star Wars basketball sneakers, available now.