General Leia, General Hux, and the chilling rise of the First Order threat -- Starkiller Base.

Grounded racers, a system without a star, and General Hux's seething speech promising an end to the Republic as we know it. The threat of the First Order has been growing, and with Star Wars Resistance returning Sunday, the series promises a climactic finish for the first season.

Today, we got our first look at the mid-season trailer, which you can watch below, a thrilling sample of what's in store when the show returns with an all-new episode on Disney Channel on Sunday, January 13.


Here are 8 of our favorite moments, lines, and Easter eggs.

1. "We are the Resistance now. And we're taking back the Colossus." When we first met Kazuda Xiono, he was an adept pilot who was somewhat less skilled at his assignment to blend in on the Colossus and spy for the Republic. Kaz's words are inspiring, and his resolve (as well as the trust he's built with Jarek Yeager and others willing to fight by his side) shows that in the second half of the season we're going to see Kaz come into his own. 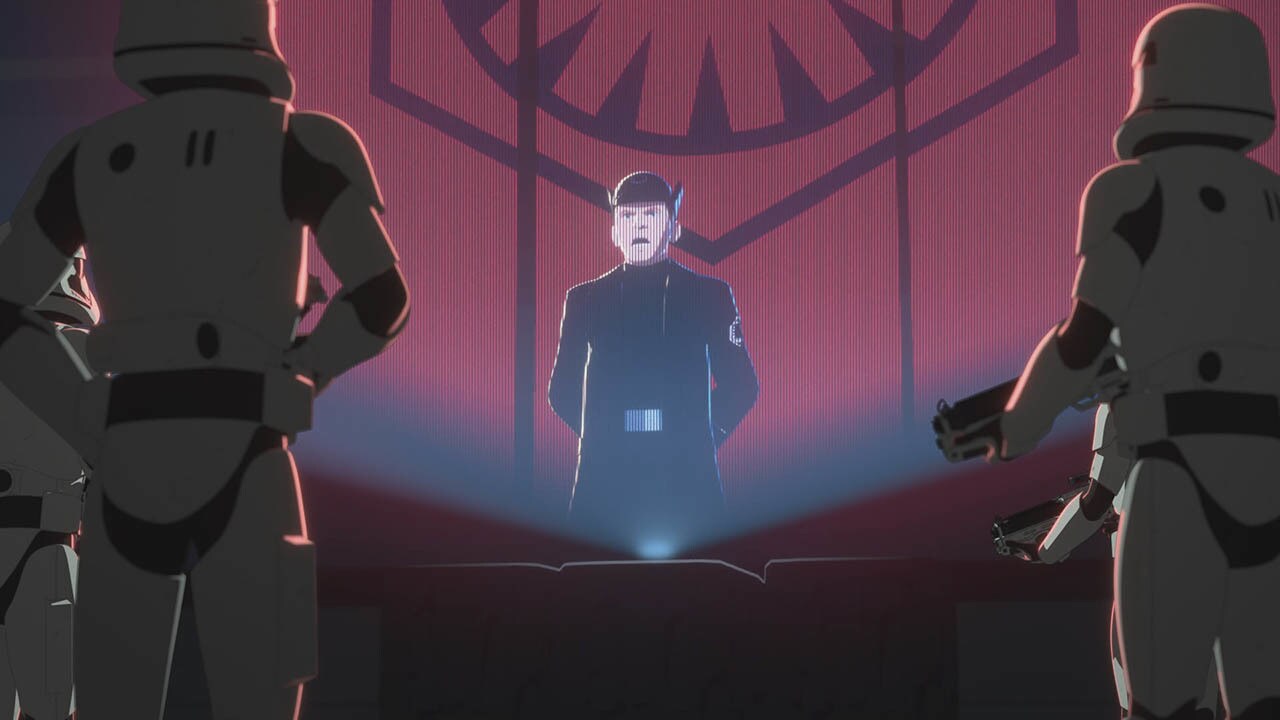 2. A phantom threat. Much like the crew of the Millennium Falcon discovering the obliteration of Alderaan, Kaz and Poe Dameron stumble upon a startling discovery -- a system but no star -- that heralds the impending arrival of the First Order's massive superweapon. There's also General Hux standing before a red banner, spitting contempt for the Republic and celebrating the might of the First Order, in a familiar scene, with parts of his speech plucked right from The Force Awakens just before the attack on Hosnian Prime.

3. All racers grounded. The residents of Castilon have celebrated the Aces for their entertainment value as well as their prowess as a security force. But with the First Order flexing its muscle as the new law enforcement on the Colossus platform, the pilots and their beloved racers aren't going anywhere.

4. Leia's impassioned plea. When General Leia Organa herself asks you for help, you rush to her side to do whatever you can to aid in the cause, right? As Leia sends a message inviting Kaz to join the Resistance in perhaps one of its most desperate hours, we'll find out if he heeds the call or must stay to help his friends. 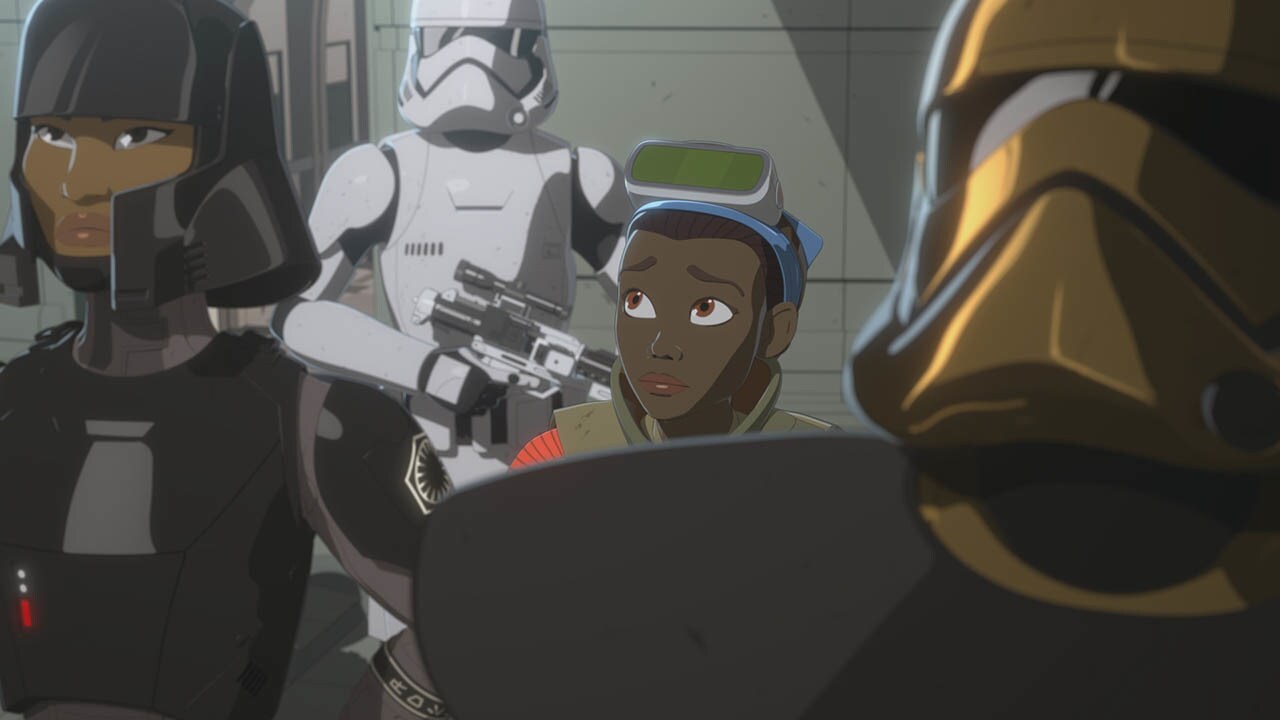 5. Tam in trouble. In this trailer we get a glimpse of Tam being led away by the First Order. Can her friends rescue her? Will she rescue herself?

6. Frowny faces! Leave it to bubbly Torra Doza to make yelling at stormtroopers sound adorable, shouting down the invading "frowny faces" with the courage that helped make her a precocious ace racer. And on the ocean-covered planet of Castilon, we'll also get to see the elite troops break out some new underwater gear.

7. A black astromech. That unit getting a jolt to the old dome looks an awful lot like BB-9E, but the First Order's dark BB units certainly aren't as unique and easy to identify as counterparts like the one-of-a-kind, orange-and-white BB-8. 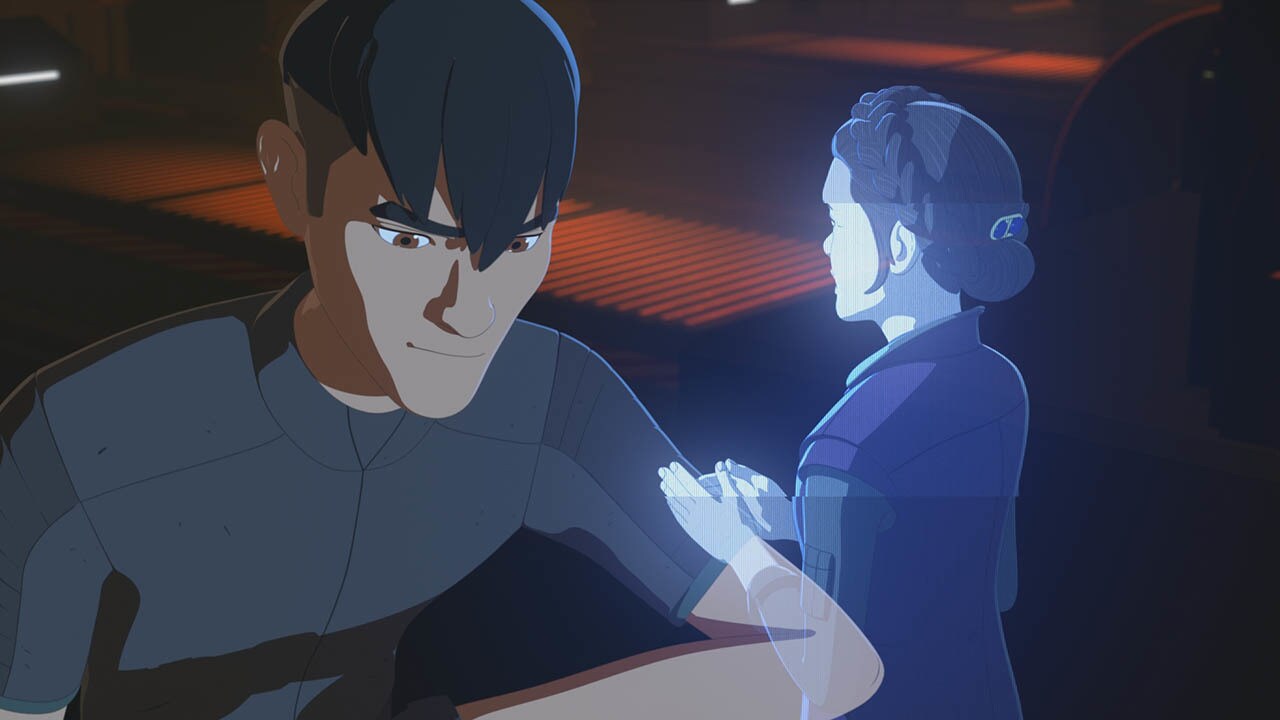 8. Kaz's new 'do. In a trailer with a lot of ominous imagery and serious troubles for Team Fireball, there's one much less serious bright spot: Kaz has a brand new hairdo. Or maybe his hair's just wet and flopping into his eyes, instead of impeccably styled in his trademark coif. Whatever the case, we're loving it.