Inquisitors, equality, and rebellion are discussed at the Star Wars Rebels panel.

It's almost time for the return of Star Wars Rebels. The series will come back for its second season on Wednesday, October 14, and will reintroduce a few familiar faces: Rex, Gregor, and Wolffe. Yes, the clones are back in the picture! But how much will they be around in the episodes ahead? And what about Ahsoka Tano and the new Inquisitors? Sarah Michelle Gellar (the Seventh Sister), Ashley Eckstein (Ahsoka Tano), and Taylor Gray (Ezra Bridger) were joined by Dave Filoni at New York Comic Con to discuss the upcoming season. They didn't go into spoilers (that wouldn't be any fun), but they did offer some teases about what's ahead. Here are five things we learned: 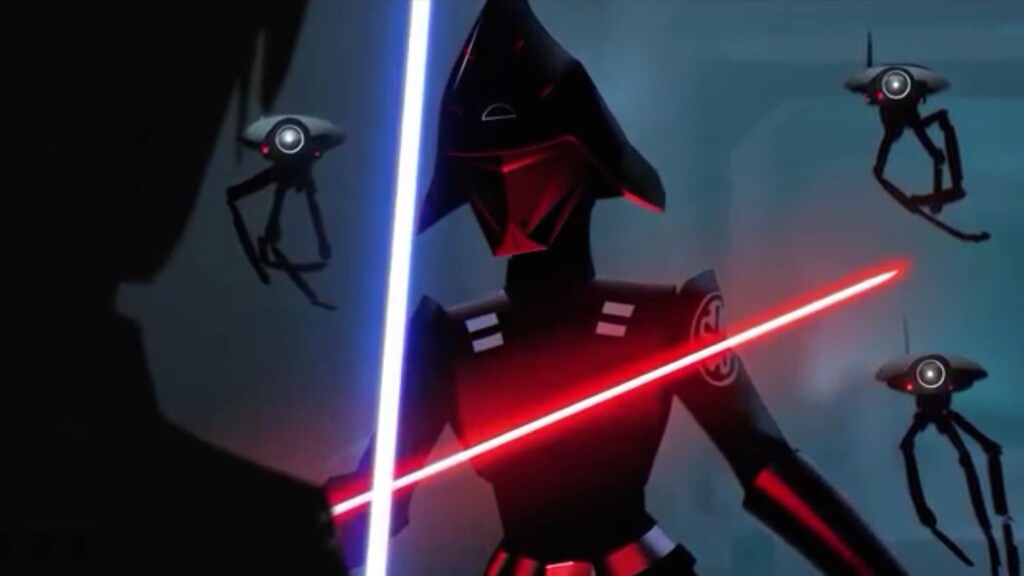 1. The Seventh Sister is a serious threat

Sarah Michelle Gellar's enthusiasm about being part of the Star Wars universe was apparent as she explained what attracted her to the role. "What I loved about her -- I always look for strong female characters. She's a thinking man's baddie. She doesn't just go in for the kill. She wants to play with you... she wants to have some fun torturing you." The Seventh Sister will be hunting Ahsoka, and, as a new trailer showed, she and the Fifth Brother will also be searching for Force-sensitive younglings. 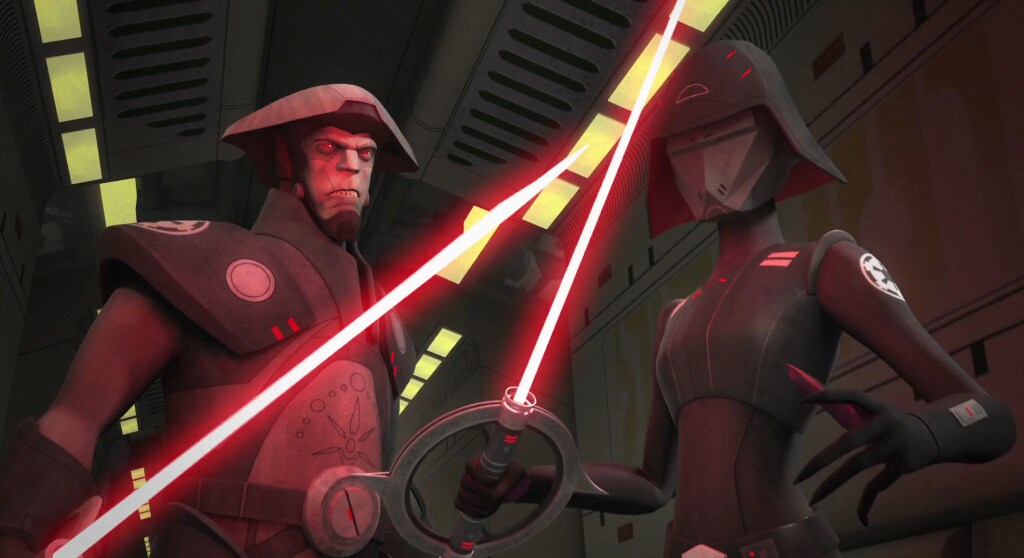 2. The Inquisitors are somewhat alike

It turns out that the Inquisitor the rebels killed in Season One was actually the leader. He was the head of the organization, the Grand Inquisitor. Now, the remaining Inquisitors are vying for the title. Dave Filoni said, "We wanted to broaden the range of characters we have. They're [the Inquisitors] all bound by similar costumes and similar lightsabers. Filoni mentioned the Seventh Sister has more brains than the others and that her look was inspired by a Ralph McQuarrie design for A New Hope. 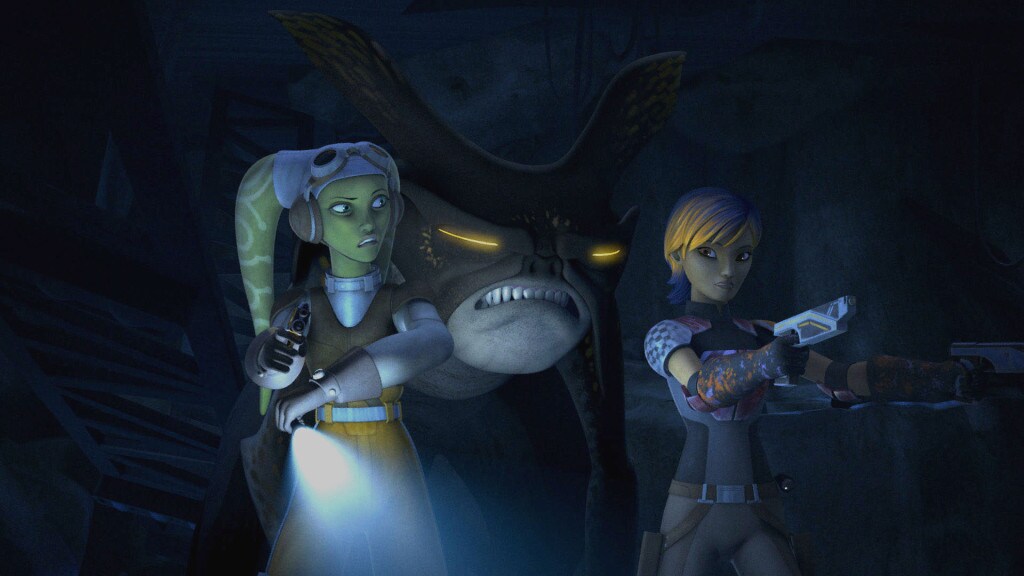 Star Wars Rebels has fantastic female characters, and the Seventh Sister increases the number by one. It's important to Filoni for the numbers to be balanced. He said, "To say it's the season of ladies? I'm trying to get to the point where that's just the way it is. Where it's just equal. The reason it's special is because it's so uncommon. And when you go down that thought process, you realize how sad that is." He continued, "My wife is hugely educated and knowledgeable about female fandom, and the female point of view, obviously. I don't have those perspectives, so she's been tremendous about educating me over the years on what's important to her as a fan. And I've tried to apply that. All I can really do is create opportunities and bring some balance to the Force here. I think you can see the reaction from the crowd... [If] you do these characters right, then they are for everybody." 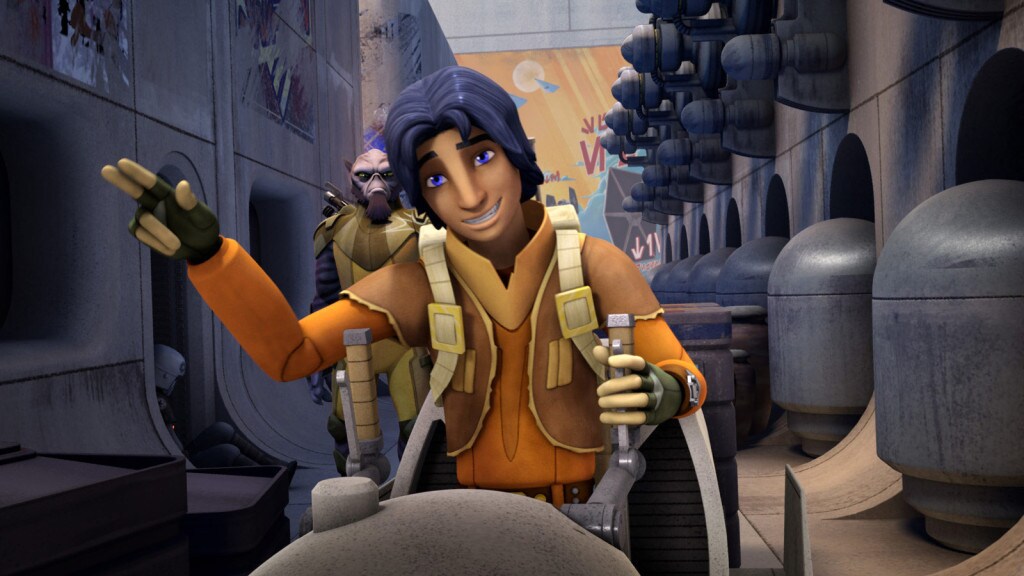 4. Ezra is learning more from a greater number of people

Ezra primarily learned about the Jedi and the ways of the Force from Kanan in Season One, but now he has access to Ahsoka and the clones. He has more mentors, but it won't put his and Kanan's bond under duress. "It doesn't strain the relationship. I think it makes it stronger," Gray said. He continued, "He holds Kanan in high regard, [but] he's made himself more well rounded by having these other mentors. It makes him stronger." 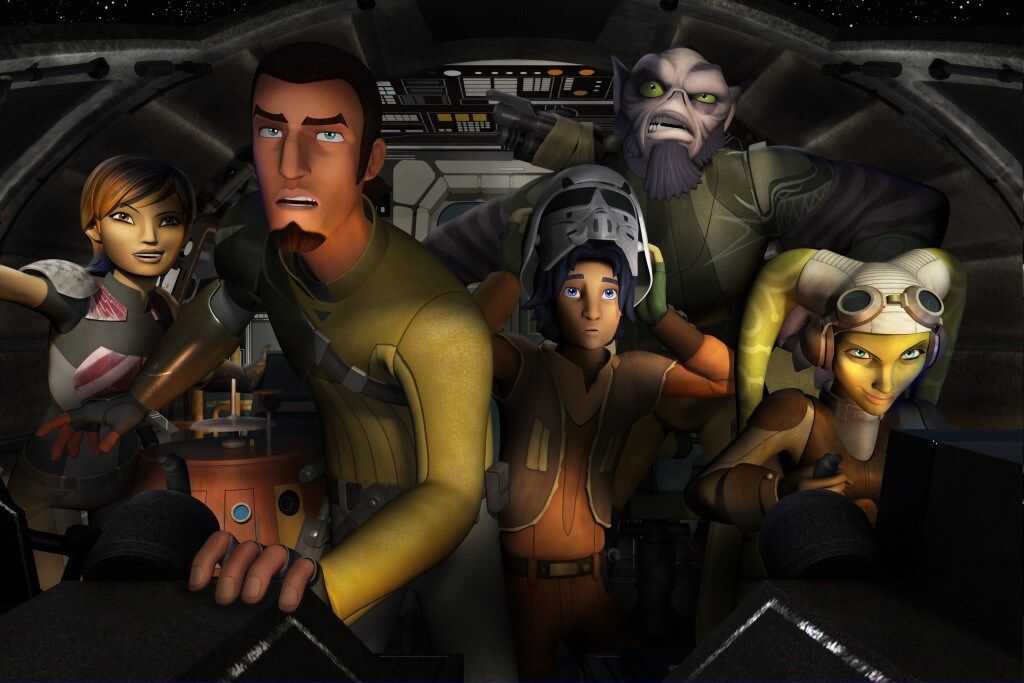 5. The focus is still on the crew of the Ghost

Ahsoka and the clones are present in the story, but they won't be taking over. Their appearances have to serve the characters of the Ghost. For example, the return of the clones affects both Kanan and Ezra. Filoni said, "Taylor's character wasn't even born when the Clone Wars happened so he wouldn't have any bias about what the clones did. He wouldn't even be aware of it." He explained how Ezra and Kanan would have very different attitudes about meeting the clones and how that made the clones a story that serves the characters. With Ahsoka, she's sort of the buffer between the Ghost crew and Darth Vader. Filoni compared her role to that of Gandalf's in Lord of the Rings. He said, "Ahsoka is dealing with the bigger, darker problems. Our rebels are actively trying to fight back against the Empire."

What are you most looking forward to seeing in Season Two of Star Wars Rebels? Tell me in the comments.

Amy Ratcliffe is a writer obsessed with Star Wars, Disney, and coffee. Follow her on Twitter at @amy_geek and keep up with all things geeky at her blog.
New York Comic Con Star Wars Rebels