5 Reasons to Check Out Star Wars Pinball on Nintendo Switch

The hit game comes to Nintendo’s portable console with some special modifications.

Star Wars holds a big legacy on Nintendo platforms -- one that dates back to the NES -- and that’s why this will be a day long remembered: Star Wars Pinball arrives today on Nintendo Switch and it’s the first Star Wars game ever released for the console, available now in digital form on the Nintendo eShop and as a physical release. As both video game and pinball fans, StarWars.com is excited to share 5 reasons to check out Star Wars Pinball and bring the power of the Force (and Force-powered skill shots) to your Switch. 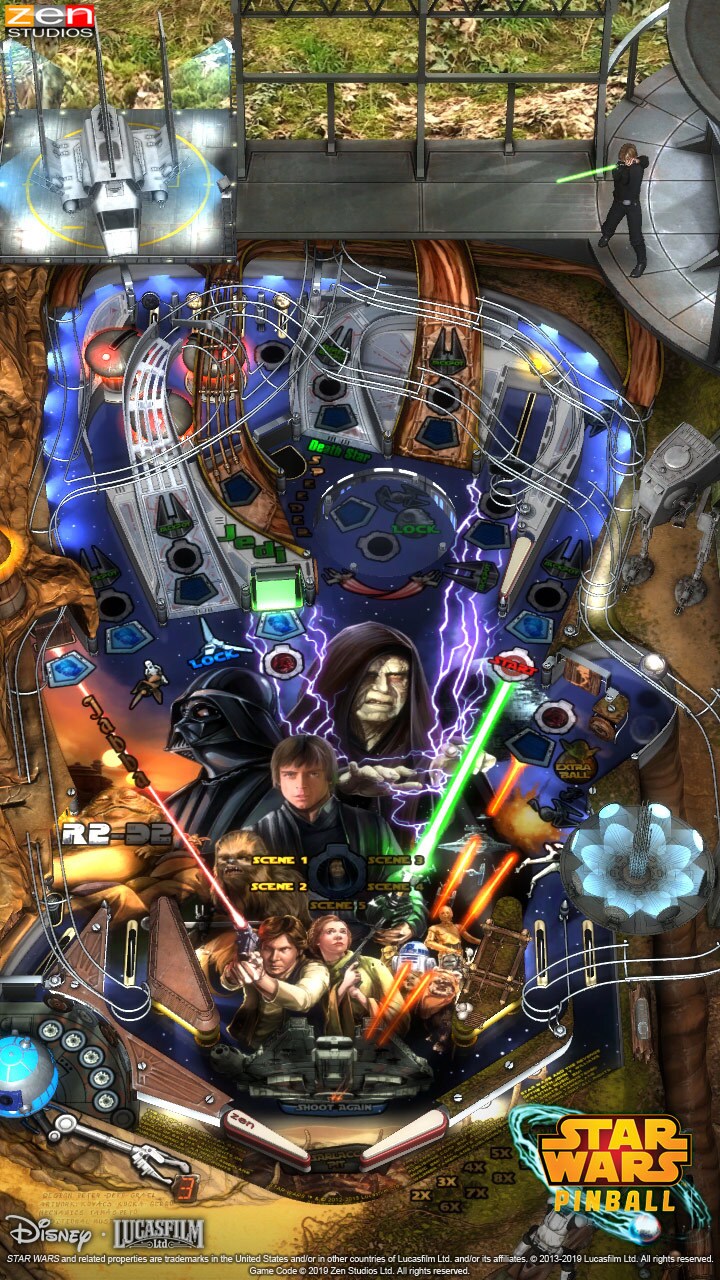 1. It includes features only possible on the Switch.

While Star Wars Pinball has been previously released on other consoles, this version takes advantage of the Switch’s unique hardware, notably HD Rumble and vertical screen orientation. In other words, you’ll feel the action through the Joy-Cons, and if you're playing on the Switch console itself, you can turn the device on its side for a taller screen (see above) that more closely matches the format of a pinball playfield. Having tried them out, StarWars.com can confirm that they’re elegant features for a more civilized game. 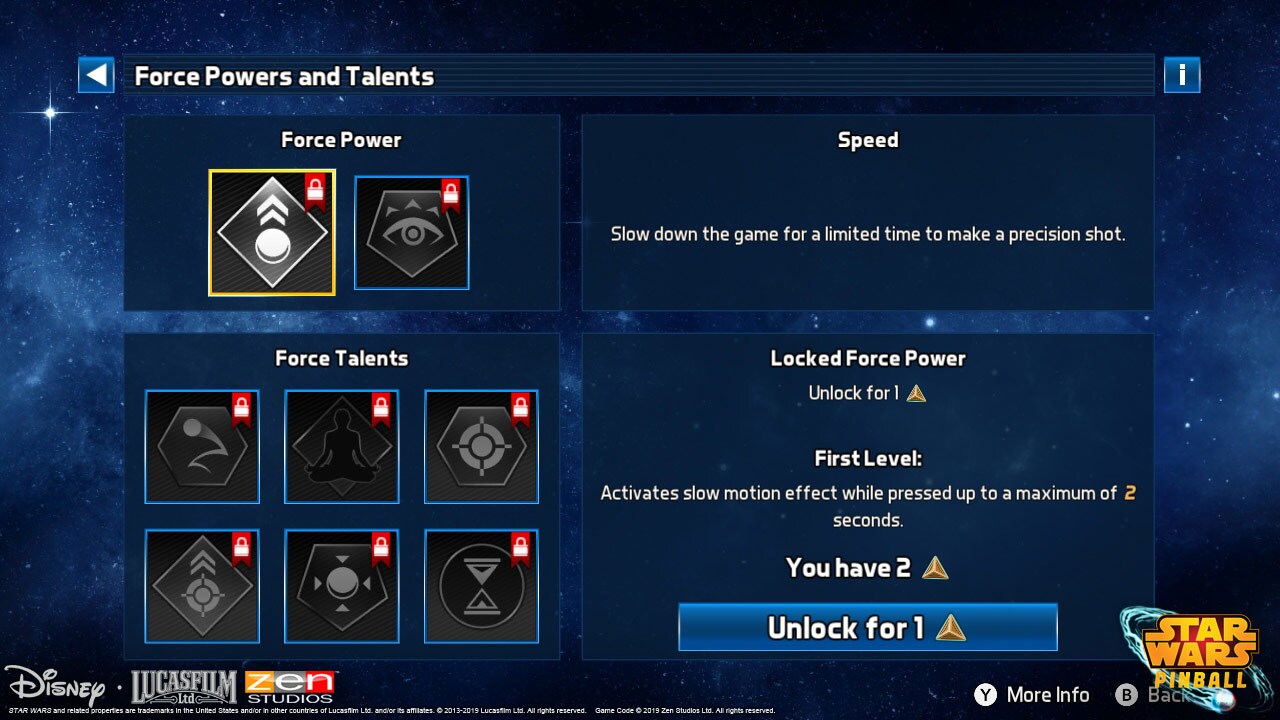 2. You will feel the Force while you play, and it’s a pinball dream come true.

Ever play pinball and wish that you could just slow things down -- literally -- to make that perfect shot? Well, now you can. Among the game’s new features are unlockable Force Powers including “Speed,” which allows you to slow the game down when you want with the press of a button. Yes, it’s as cool as it sounds, and is a creative approximation of what it might be like to have Jedi reflexes (while playing pinball, at least). But like any Jedi ability, it takes time to master, which makes for a rewarding addition; indeed, when you time it just right, you’ll feel like Luke blowing up the Death Star. The game also includes a Force Power called “Vision,” which multiplies the earned score for a limited time, and Force Talents (passive gameplay enhancements, unlike the user-controlled Force Powers) like “Meditation,” which increases all scores during Multiplayer modes. We suggest you let the Force flow through you and your flippers, but if you’re a pinball purist, fear not: Force Powers and Force Talents are optional. 3. There are more than a few special modifications.

Beyond hardware specific-features and the power of the Force, developer Zen Studios has brought even more new elements to this iteration of Star Wars Pinball. There’s the fun community-based Galactic Struggle, in which you’ll contribute points to the light or dark side; a new Career mode, where you’ll choose the side of the Jedi or Sith and work your way up the ranks; and a Force Training mode that will help novices sharpen their skills. Han would be impressed. 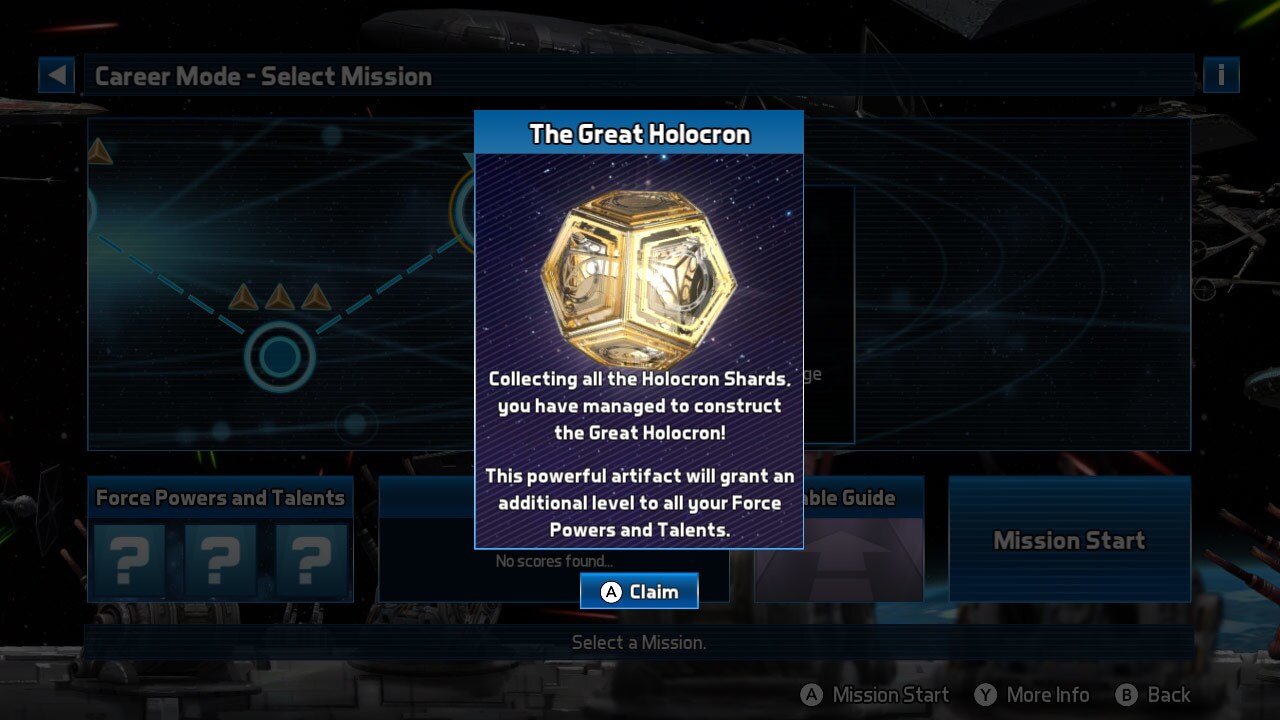 4. The Great Holocron awaits you.

In the new Galactic Struggle mode described above, you’ll align with the light side or dark side, contributing to an overall battle between the two factions. But as you progress, you’ll gain Holocron Shards, which ultimately combine to unlock the Great Holocron: a beautiful, shimmering artifact and sign of your pinball mastery. 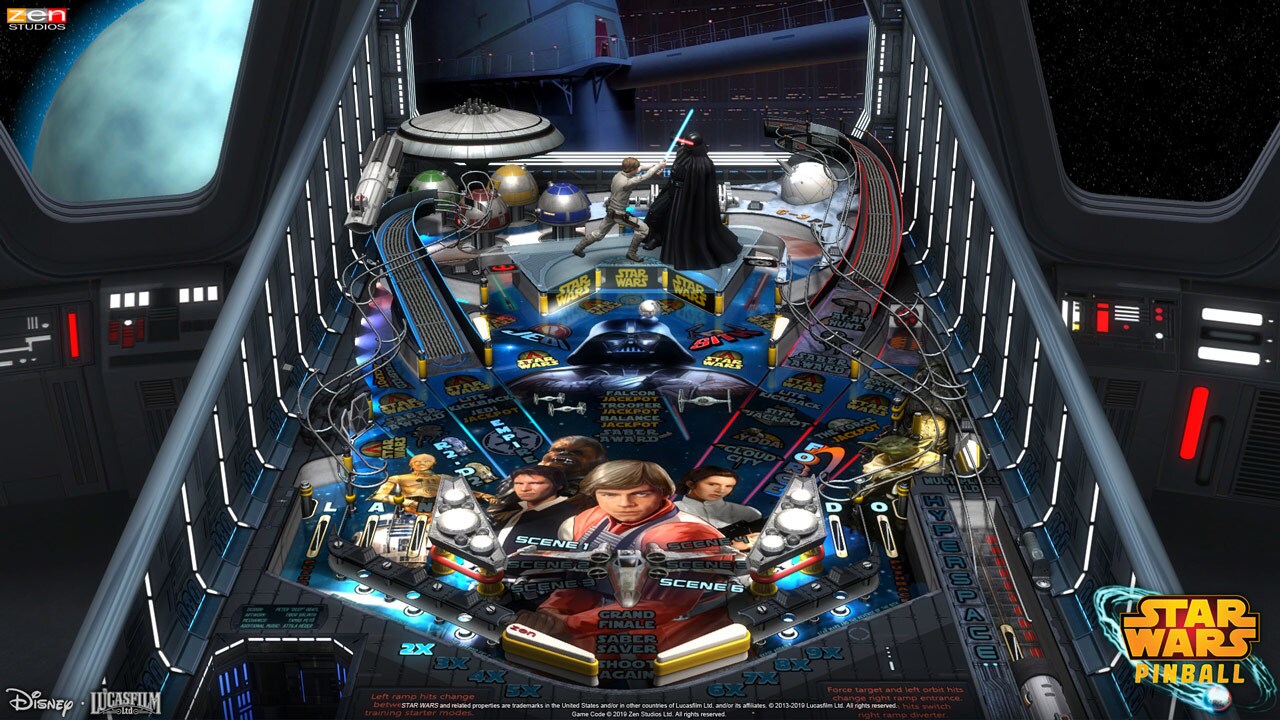 5. It’s a love letter to Star Wars and a deep pinball experience.

Star Wars Pinball on Switch is, essentially, the ultimate version of the game. In addition to new modes and features, it’s packed with 19 pinball tables, all inspired by the Star Wars films, Star Wars: The Clone Wars, and Star Wars Rebels, each filled with Easter eggs and intricate details. Seeing how many deep cuts you can spot is a game almost in and of itself: there’s the Ewok ram doubling as a launcher on the Star Wars: Return of the Jedi table; a small screen displaying a speech from Chancellor Palpatine on the right wall of the Star Wars: The Clone Wars table; and the droids table itself is a moving Sandcrawler. From a game-design perspective, every table is different, with imaginative uses of ramps, habitrails, and skill shots. So whether you’re a pinball expert or are new to the hobby, have played the game before or have been waiting to dive in, or just love Star Wars and want to try something new, Star Wars Pinball is the game you’re looking for.