The eight-table collection will feature new and classic remastered content, and a few surprises.

Soon, fans will have a whole new way to play -- and experience -- Star Wars Pinball.

Zen Studios announced today that its long-running Star Wars Pinball is coming to virtual reality for the first time ever. Star Wars Pinball VR will arrive on Oculus Quest 1 & 2, Steam VR, and PlayStation VR on April 29 -- just in time for May the 4th, the Star Wars fan holiday. 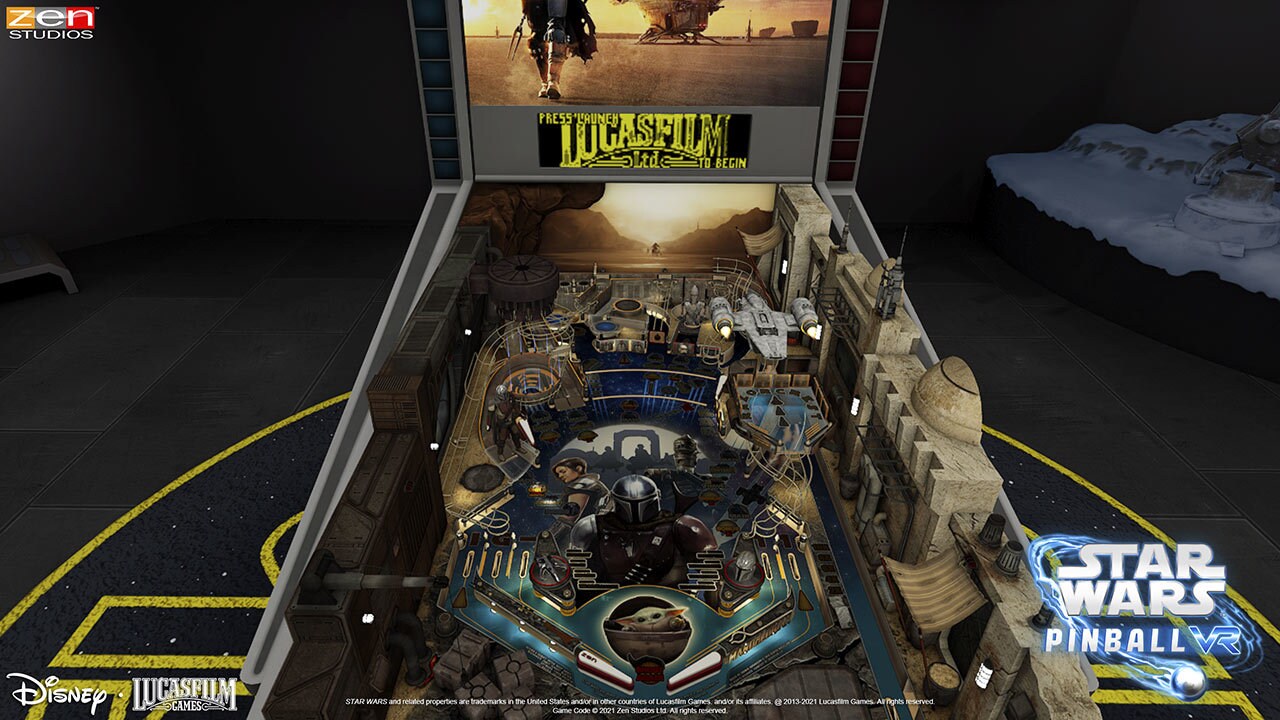 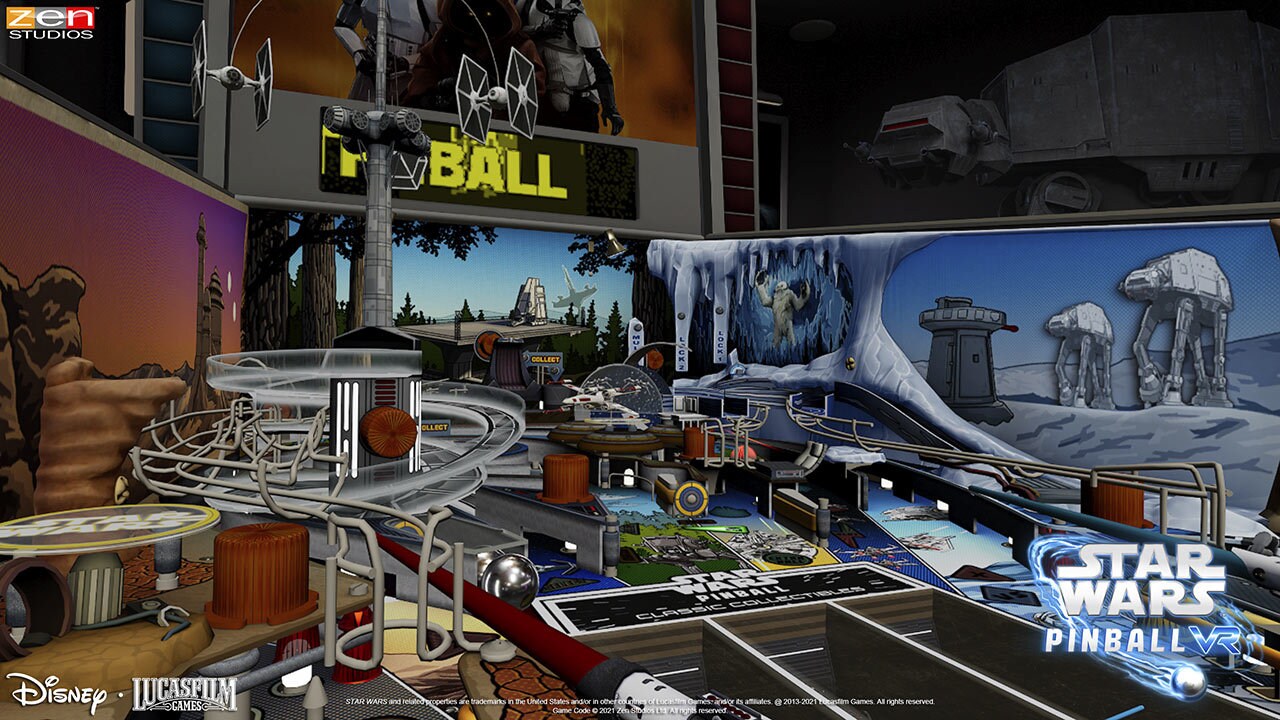 Star Wars Pinball VR is set to launch with eight tables: the brand-new The Mandalorian and Star Wars Classic Collectibles tables, along with six remastered favorites, including Star Wars: A New Hope, Star Wars: The Empire Strikes Back, Star Wars: Return of the Jedi, Rogue One: A Star Wars Story, Star Wars Rebels, and Masters of the Force.

Star Wars Pinball VR will also feature some special modifications that take full advantage of the virtual reality experience. All of the action occurs in a fully customizable “fan cave,” which houses your in-game pinball table as well as many Star Wars helmets, lightsabers, and other items earned through successful play. Turn on the pinball table and the room comes to life -- not only with a new table to play, but also with life-sized characters and vehicles joining you on either side. Meanwhile, Total Immersion mode allows you to experience everything at table level, and fully 360-degree minigames surround you with iconic Star Wars set pieces.

The game was revealed on The Pinball Show -- Zen Studios’ new monthly YouTube show -- in a clever video that pays tribute to the classic trailer for the Star Wars Trilogy Special Edition.