Turns out riding a speeder bike might take some practice.

The power of the dark side is no match for the power of forgiveness, although someone should really give Ketsu a crash course in crashing less. In the latest installment of the Forces of Destiny micro series, Sabine shows just how much she's matured when she must lend her beloved new speeder bike to her old friend. There's a definite Han-and-Lando vibe to their relationship, down to Sabine looking wistfully like she'll never see her bike again as Ketsu prepares to jet off on her mission. But bikes can be rebuilt or replaced. People? Well, we've seen what happens when they're rebuilt and turn into more  machine than man.

Here are five highlights from the short, “Crash Course” -- which you can watch below!


1. Musical touches are on point.

Condensing vignettes into just a few minutes means creators have to be economical with their use of everything, from dialogue to music. Here we get just a few strains of Sabine's theme, but it's all we need to be reminded of the trials she's faced and the level-headed young woman she's become. 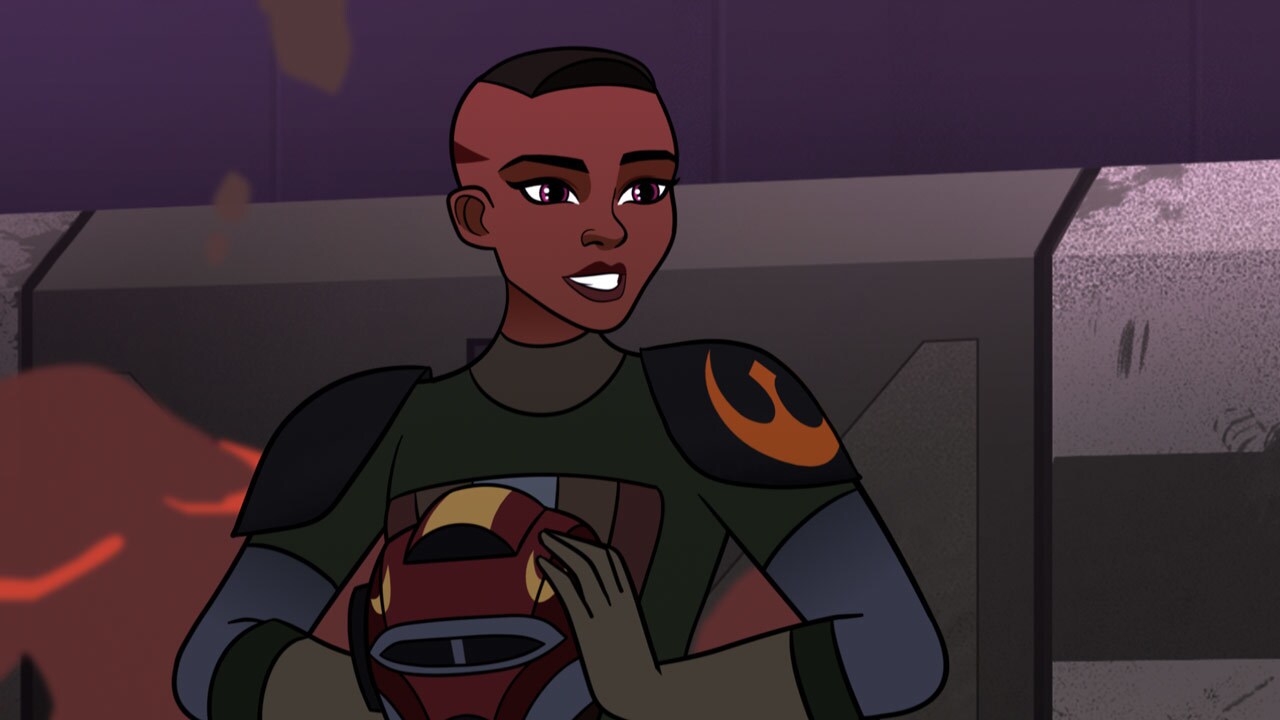 Well, Ketsu certainly knows how to make an entrance. The former bounty hunter is still a little rough around the edges and tough on her speeder bike, or what's left of it in the pile of smoldering rubble. 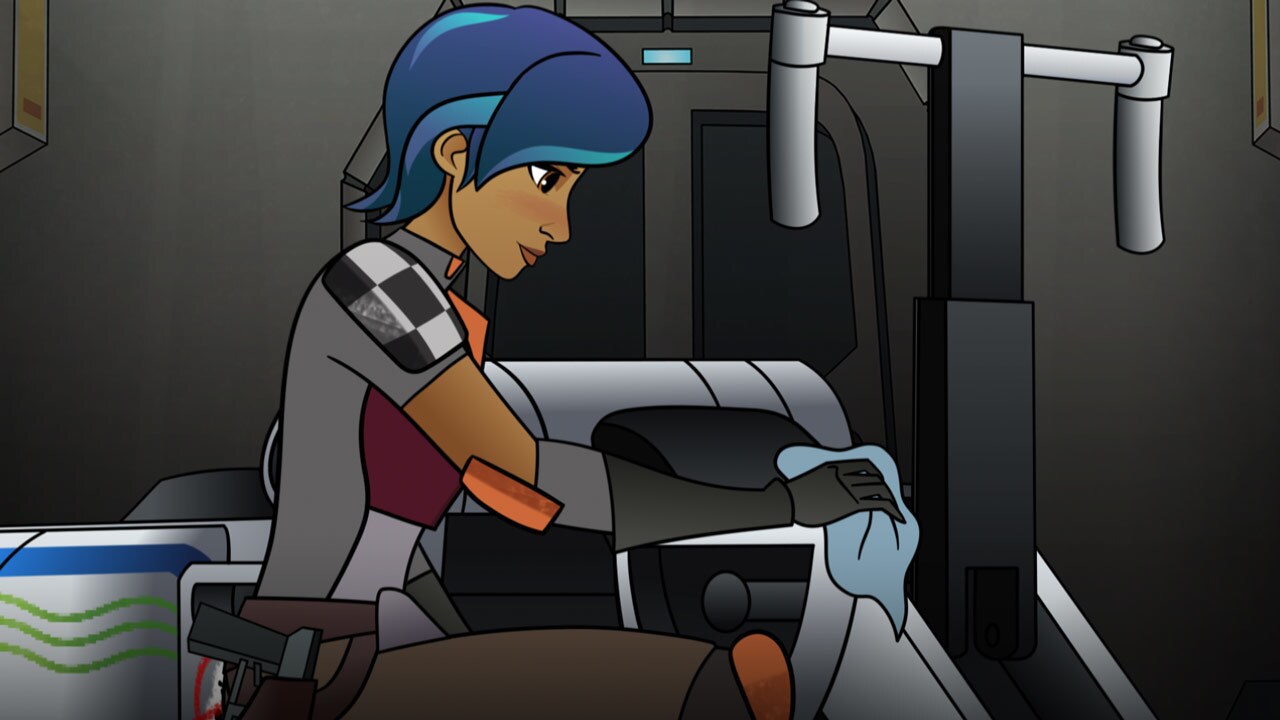 Sabine's affinity for her speeder bike reminds us of another gifted smuggler who also hated to see his ship fly off without him. We're not sure if the “No Bucketheads” symbol is intended to keep the Empire out of the driver's seat, or a hastily scrawled stamp to show a stormtrooper was taken down by the craft. Either way, it's a great touch. Amid the technological marvels rampant in the Star Wars universe, from planet-destroying space stations to hovercrafts and blasters, we still get a kick out of the oversized disks that are used to store and share data. 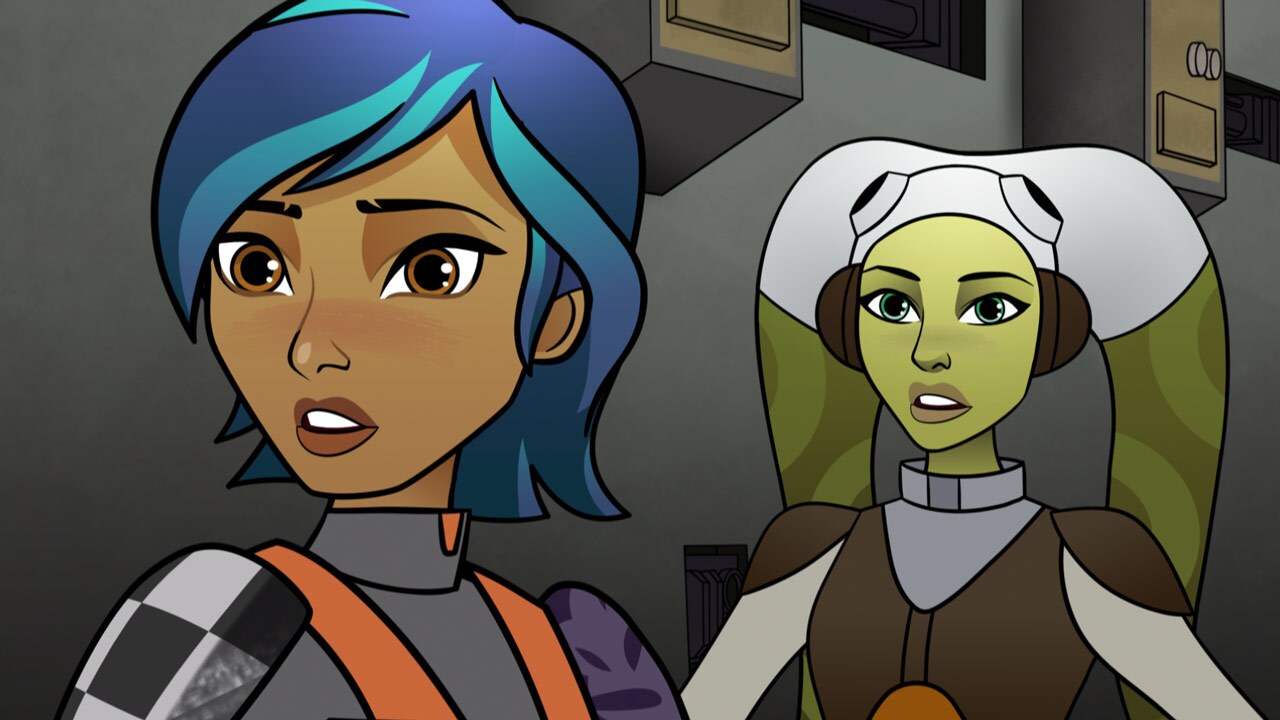 Anger leads to hate and the path to the dark side. Good thing Hera and the rest of her Ghost family have trained Sabine well. Ketsu's penance for destroying Sabine's bike could have been a lot worse, but rather than turn into a mercenary, Sabine asks for Ketsu's help to pay off her debt and learn a little something about rebuilding engines in the process.

What were your highlights from “Crash Course”? Let us know in the comments below!

Quiz: Whose Mandalorian Armor Are You Getting for the Holidays?

Why Hera is My Favorite Star Wars Mom