Submitted for your approval, our unlucky 13 favorite moments from the new Halloween-themed special streaming exclusively on Disney+.

Not many dare to venture to Mustafar and the fortress built by Darth Vader himself. But if Graballa the Hutt has his way, soon Vader’s castle will be a preeminent theme resort for all those who are curious about the dark side…and the castle gift shop.

In the new LEGO Star Wars Terrifying Tales, now streaming on Disney+, Poe Dameron crash lands on the lava-covered world to find Graballa’s construction zone, the mechanically-inclined newcomer Dean, and Vader’s strange servant Vaneé, who regales the group with a trio of cautionary horror stories: “The Lost Boy,” “Duel of the Monstrosities,” and “The Wookiee’s Paw.” Here are 13 of our favorite spine-tingling and laugh-inducing moments from the Halloween-themed special, in the spirit of last year’s Life Day-centered LEGO Star Wars Holiday Special. 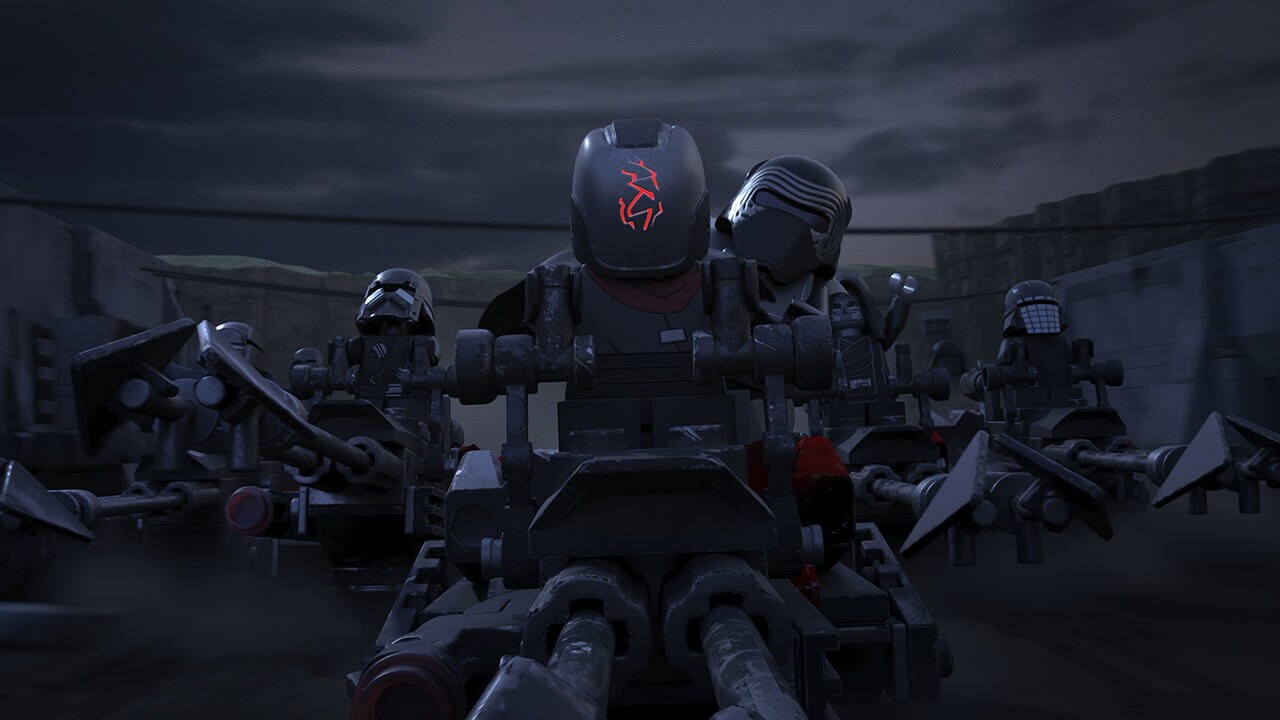 Young Solo’s dream of Ren and his knights beckoning him to join them has all the markings of classic horror films, but the party montage set to an 80s-tastic soundtrack evokes some very particular moments from The Lost Boys, from the bridge jump to the musical stylings of a topless Bith playing for a desert soiree. You read that right. It’s a LEGO Star Wars staple. When Graballa sneaks up behind Poe Dameron as he’s waxing poetic about overcoming fear, a jump scare gets a little hairy. 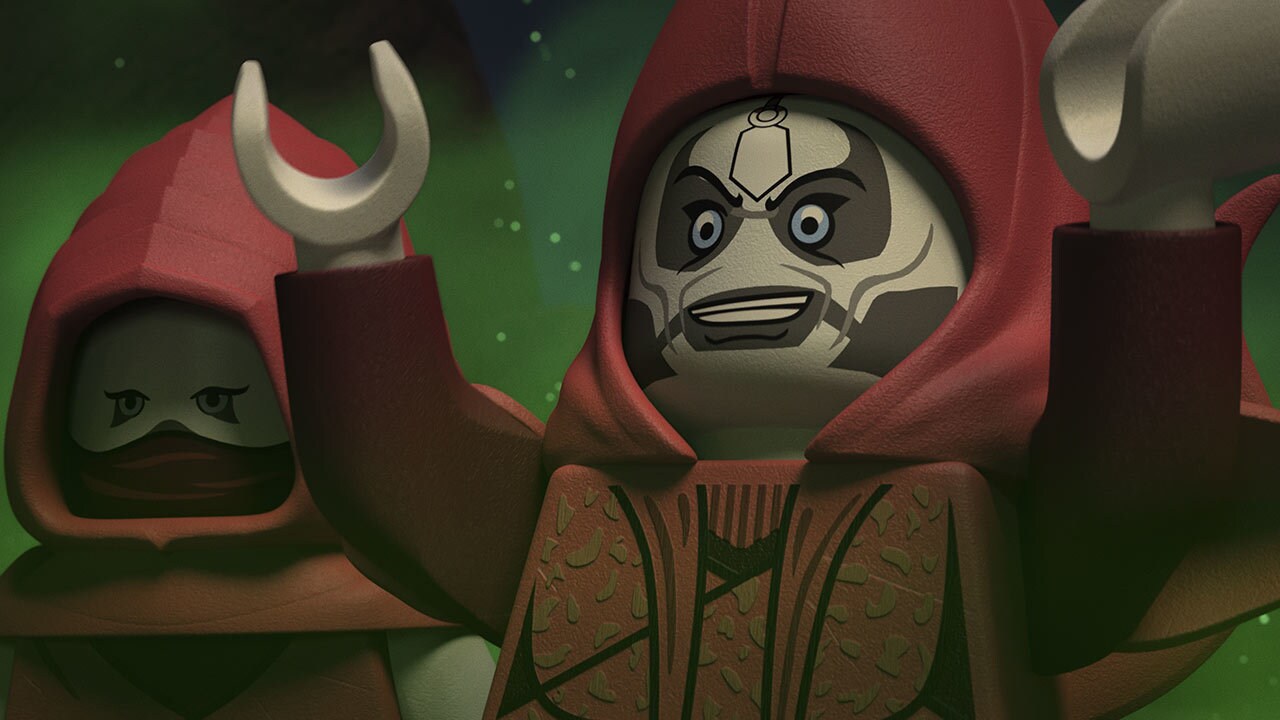 3. Return of the Nightsisters.

Rise! Riiiise! Mother Talzin and the witches of the mist are back and together they resurrect Maul in perhaps his finest form: WITH SPIDERLEGS. 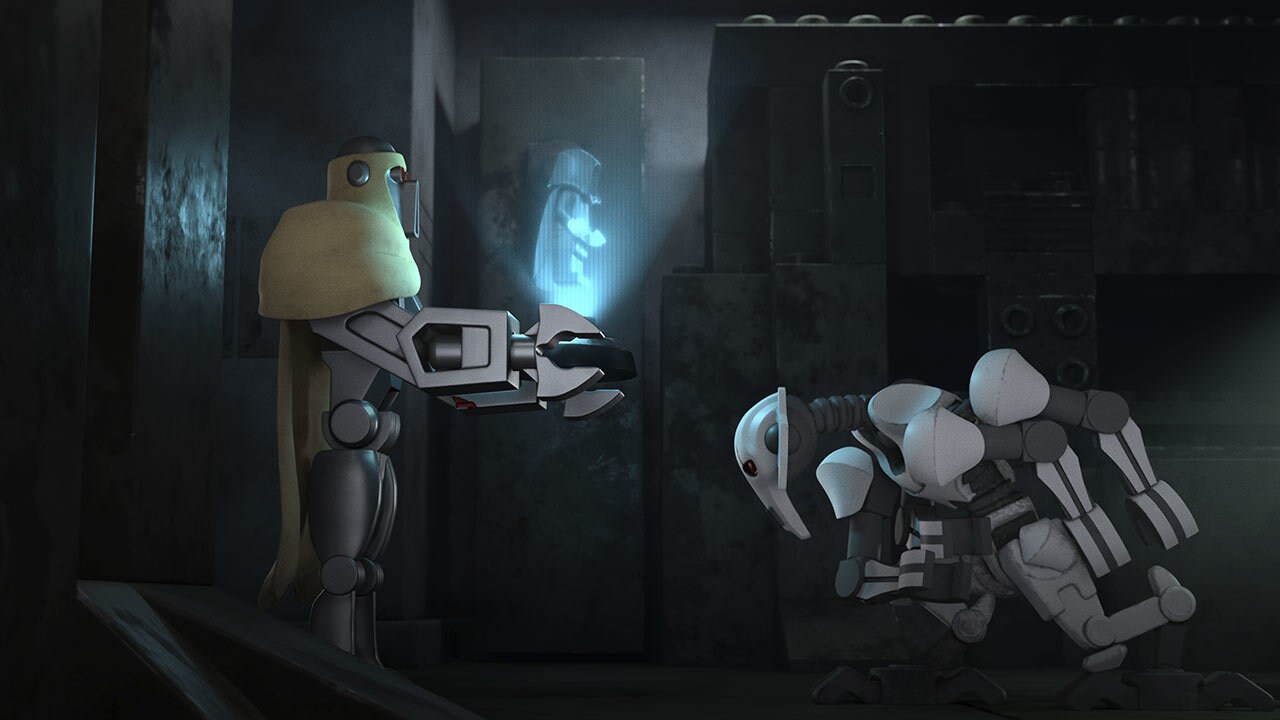 LEGO Palpatine has the best quips. 5. But Maul is bringing the puns.

Unarmed and without a leg to stand on! Get it? Palpy can bring the humor but his former apprentice Maul hits three puns in a row, all while defeating the fearsome cyborg general. Most impressive. Vader makes a few appearances in the special, but one of the best nods to the Sith Lord may be when his master is whistling the familiar notes of his theme while Maul makes like Mace Windu and falls from Palpatine’s office window. Speaking of homages, as soon as Vaneé utters the classic phrase “Submitted for your approval…” we knew we were in for a Twilight Zone-worthy tale. 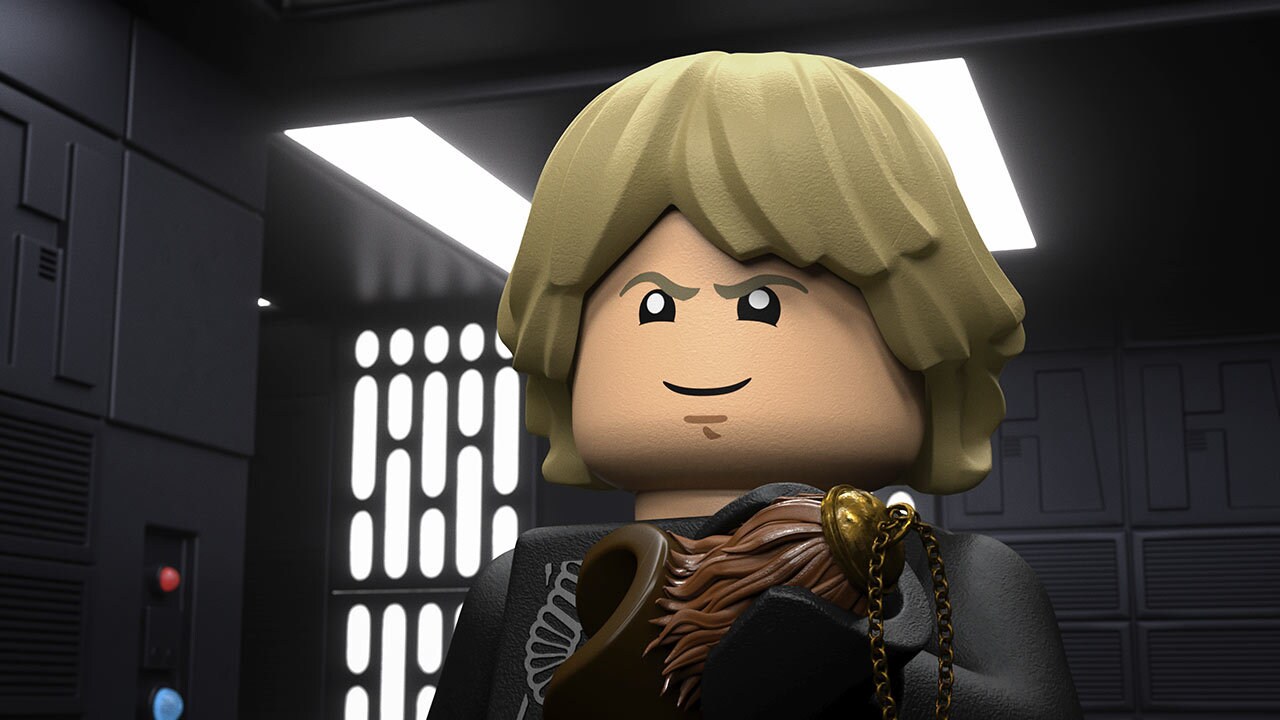 Everything about “The Wookiee’s Paw” flips the story we know and love, yet at the same time is filled with nods to the stormtroopers of Star Wars: A New Hope, from Luke getting beaned by a door (classic!) to the joke that he looks too short to be a stormtrooper. 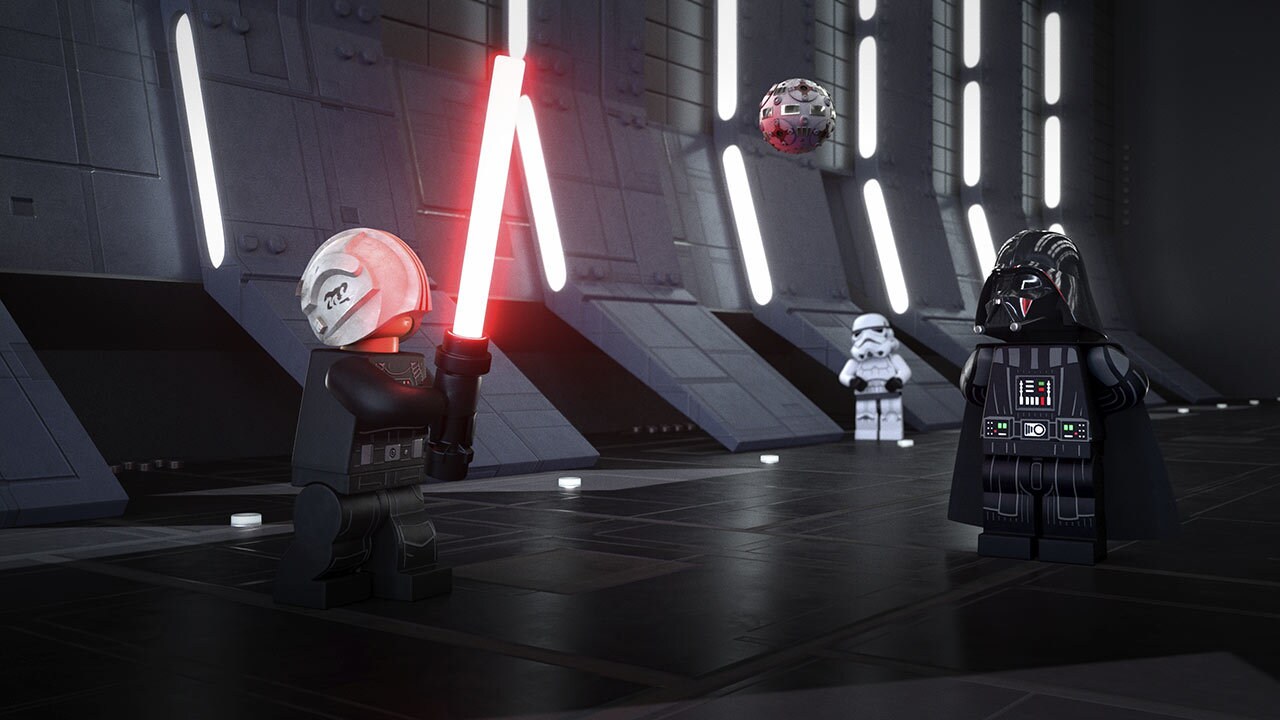 Luke’s training montage puts Vader in the role of mostly-patient teacher, which means it inevitably calls for Luke to give him a piggyback ride. I thought that was going to be the funniest moment in the sequence, but then Vader leaned over to give his son a kiss “for luck” and I full-on guffawed. 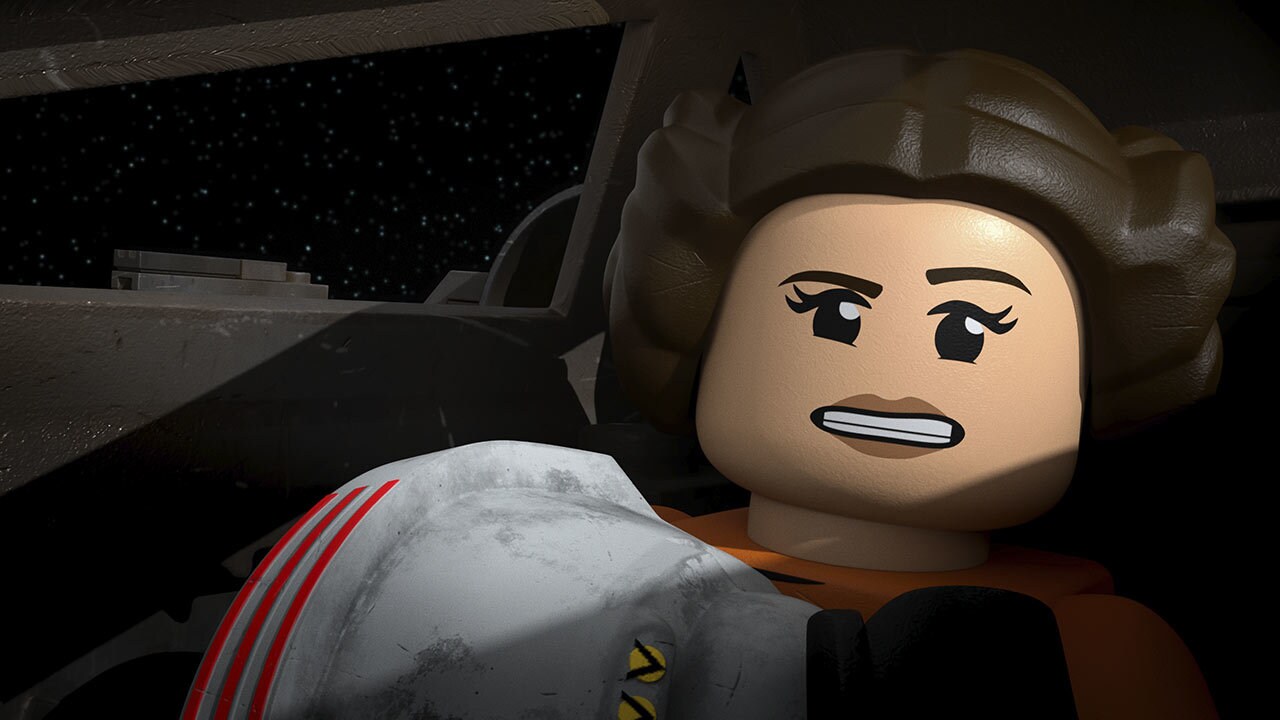 10. Leia and Obi-Wan Kenobi, reporting in.

Speaking of Leia, in this inverted tale, she and Anakin Skywalker’s former master jump into X-wings to become pilots for the Rebellion. Lucky thing they make helmets that fit over those buns perfectly. Tony Hale is delightfully creepy as the voice behind Vader’s power-hungry servant, and he only gets more over-the-top as he builds his diabolical mech suit, a terrifying end to his story time. 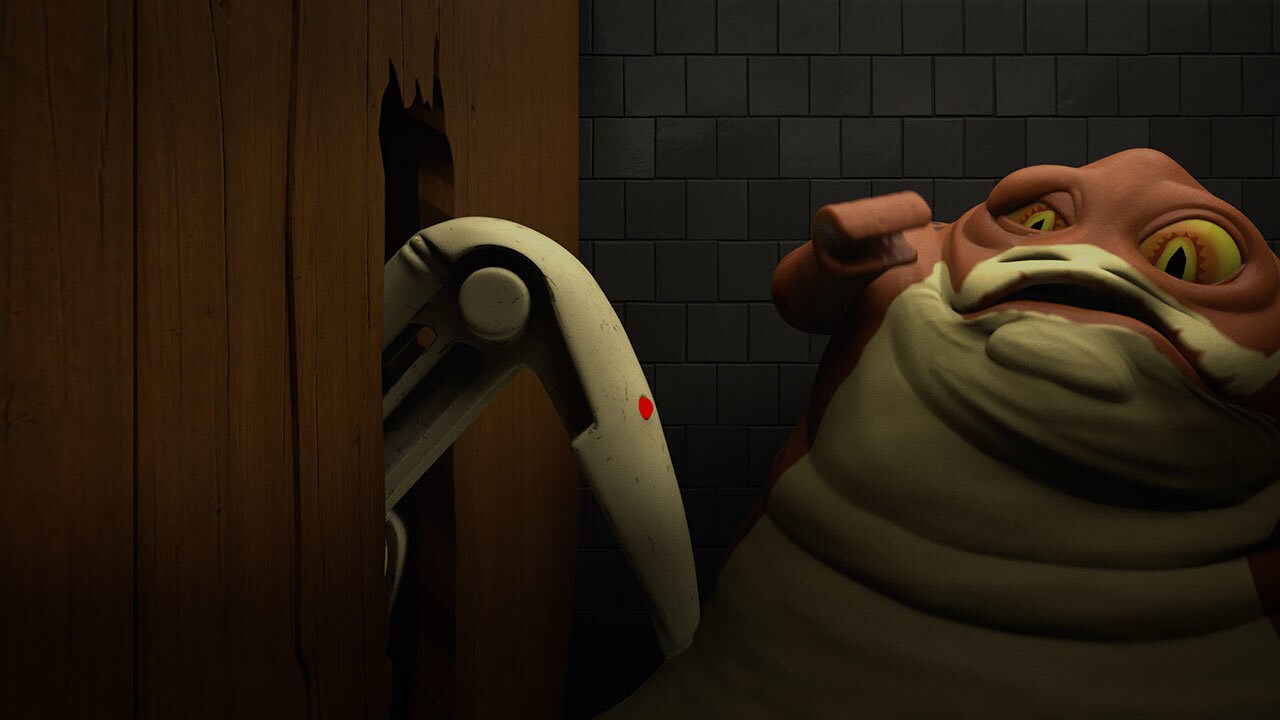 Not since the clan of the Nightsisters rose from their pod-like graves have Star Wars zombies been quite so creepy. And that’s saying a lot considering the battle droids are typically the source of much comic relief even outside the LEGO universe. Whether he’s running toward the enemy without a plan or commandeering an AT-ST, you have to agree: Poe certainly does have courage.

Plus, that last shot? A surprise to be sure, but a welcome one.