The video game prequel is filled with new details about the Star Wars galaxy and its characters.

When the Empire needs business handled in every sense of the word, they can call upon Inferno Squad. The elite group at the heart of the upcoming game Battlefront II has origins reaching back to the period after the Battle of Yavin and the rebel attack on the Death Star. Christie Golden's recently released novel Battlefront II: Inferno Squad explains how and why the group comprised of Iden Versio, Gideon Hask, Seyn Marana, and Del Meeko came together and takes readers along on their early missions.

Inferno Squad is put to the ultimate test when they're assigned to infiltrate a group of partisans. As they execute their mission, you'll find connections to other stories in the Star Wars universe and discover new information. These are 10 of the many things we learned from Battlefront II: Inferno Squad. 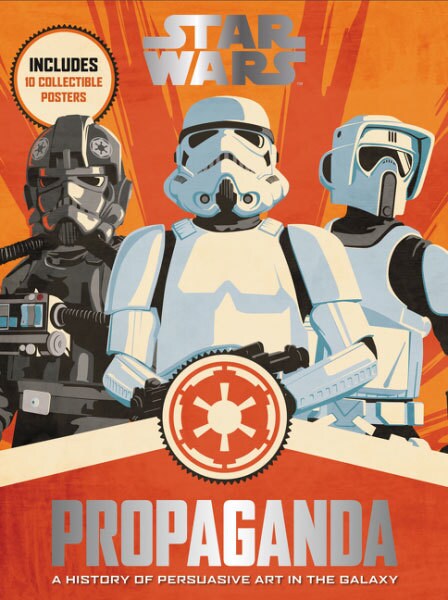 Iden's mother Zeehay Versio was an artist known for creating propaganda posters for the Empire. Inferno Squad tells us she's part of the Coalition of Progress, a group previously mentioned in Star Wars Propaganda: A History of Persuasive Art in the Galaxy and a HoloNet News special report from Alton Kastle.

Star Wars Annual #1 took readers inside the Arrth-Eno Prison Complex on Coruscant. The Imperial prison was home to members of the Imperial Senate who were convicted or suspected to be defectors and loyal to the Rebel Alliance. Though Darth Sidious later destroyed the facility, it's just beginning to be populated in Inferno Squad. Garrick Versio mentions the Imperial Security Bureau (ISB) is in the process of arresting all the members of the recently dissolved Imperial Senate and putting them in Arrth-Eno for questioning. Yes, all of the members. 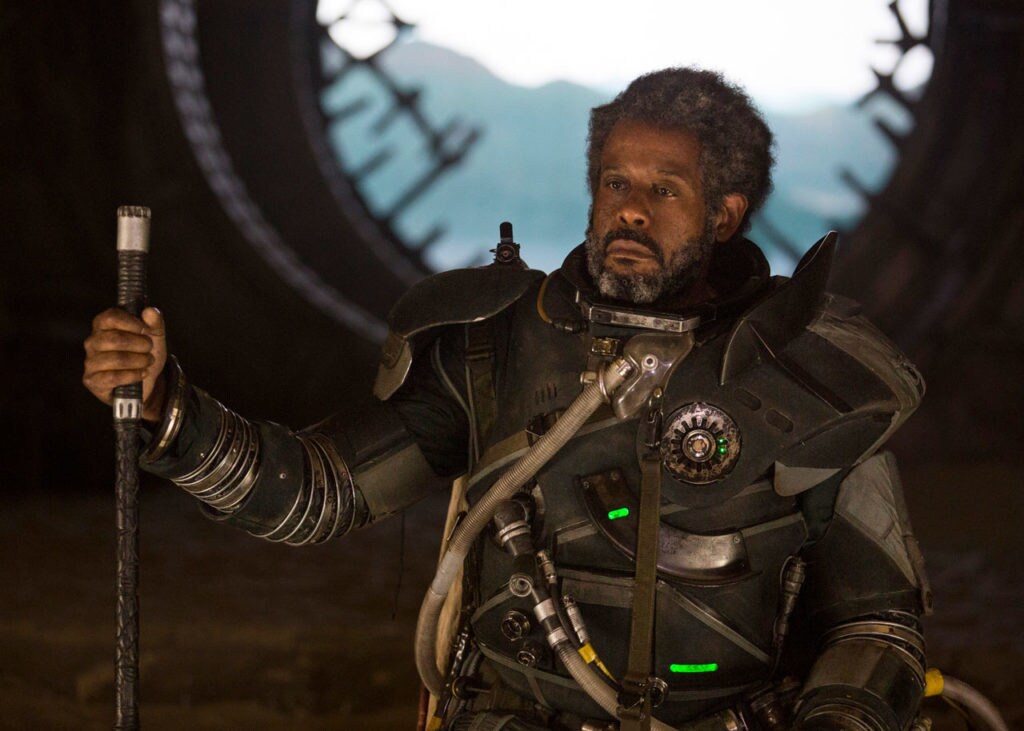 Saw Gerrera and his group of partisans died on Jedha, but that wasn't the end of extremist regimes. Saw became a martyr with other groups rising to continue the fight against the Empire using Saw's methods and tactics. As seen in Rogue One, the first real test of the Death Star happened when the battle station fired upon Jedha City. The Empire didn't take credit for the incident though; they kept their new weapon a secret and broadcast to the galaxy that a mining accident was responsible for the destruction of the city. They even kept that secret internally, with only soldiers aboard the Death Star and other select individuals in the know about what truly happened. 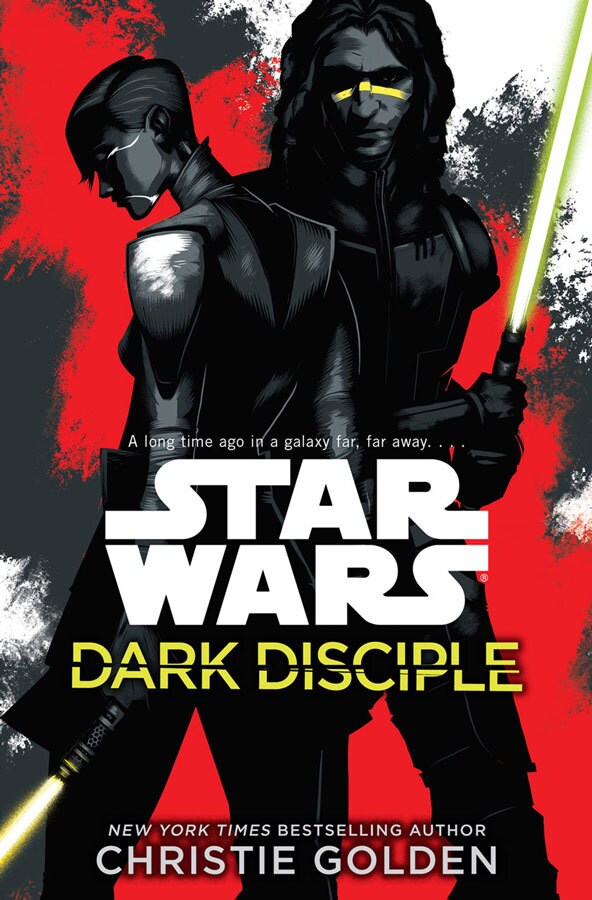 To get themselves in with the partisan group known as the Dreamers, the Inferno Squad puts one of its members, Seyn, on Otor's Hub. The space station was initially introduced in the Legends title The Clone Wars: The Sith Hunters as a black market type of locale. Otor's Hub first appeared in canon in Dark Disciple, and in that story as well as in Inferno Squad, the station is an unsavory gathering place with merchants dealing in black market activities. Slavery, corruption, Imperial informants -- you'll find that and more on Otor's Hub.

Captain Lassa Rhayme, who we met in the Star Wars Insider short story "Kindred Spirits" and in Dark Disciple (both also by Golden), is still leading the Blood Bone Order pirate gang and still in charge aboard the Opportunity. Oh, and she's still drinking Tevraki whiskey (she rewarded Asajj Ventress and Quinlan Vos with a bottle after they helped her). These days, Rhayme is assisting the partisans and trying to make a difference. 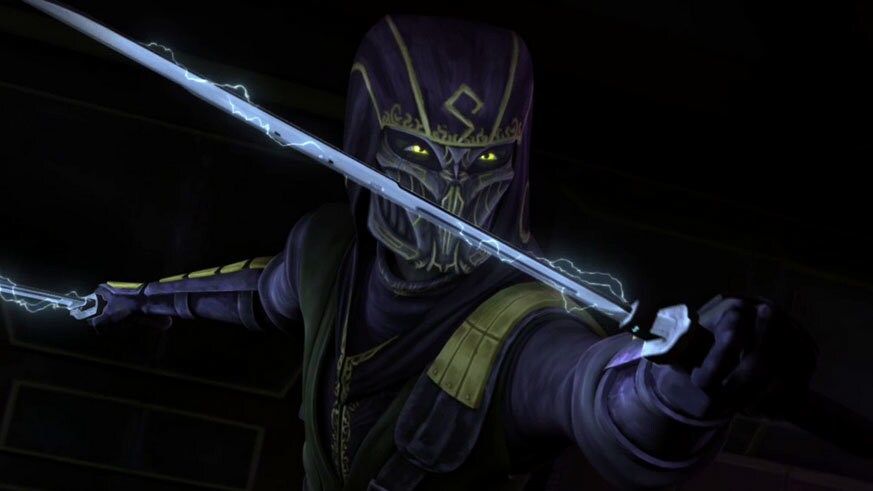 A family of Kage Warriors is part of the Dreamers partisan group. The first appearance of the alien species from Quarzite was in the Star Wars: The Clone Wars episode "Bounty," and they also featured in Marvel's Star Wars: Kanan. 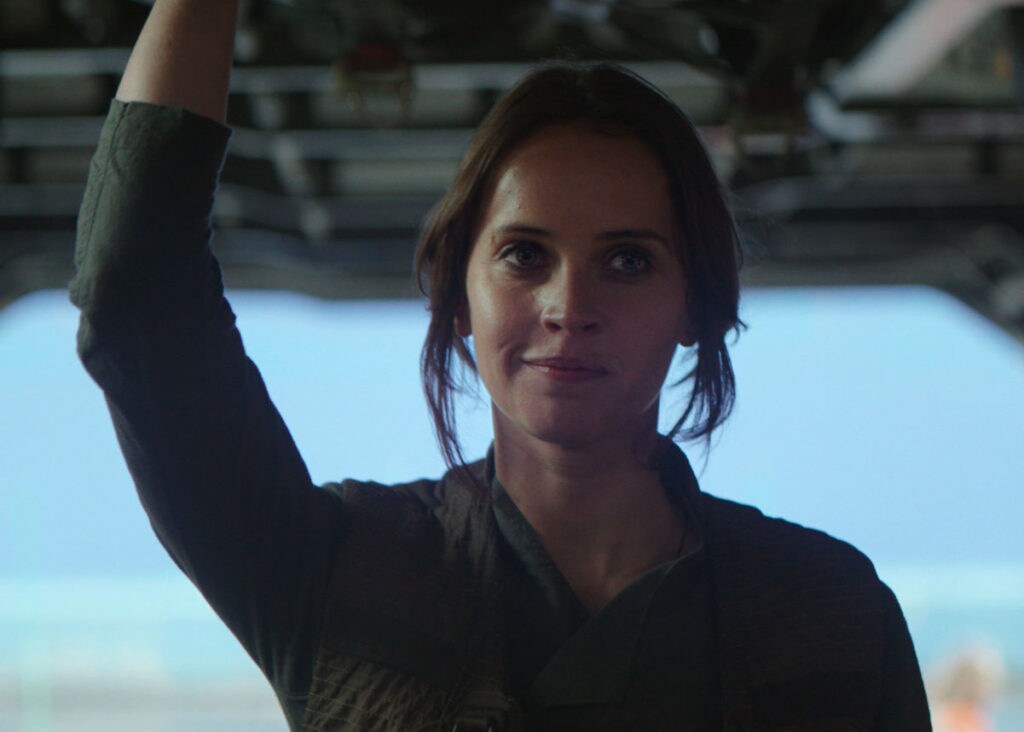 Staven, a member of the Dreamers, worked with Saw and knew Jyn Erso as Saw's adopted daughter. He recalls to Gideon that, like Seyn, "She was very good at forging things." Jyn's particular skills in that arena were detailed in Rebel Rising.

Jeosyn is home to an unusual creation. The partisan Piikow found a cavern full of sculpted ceramic statues powered with purple crystals. Del thought they were maybe machines made from stone and crystal rather than the usual droid material of metal, wires, and data chips. When someone at the partisan base died, the ceasing of sentient activity somehow activated the beings and they rose from the cavern to collect and presumably bury the dead. 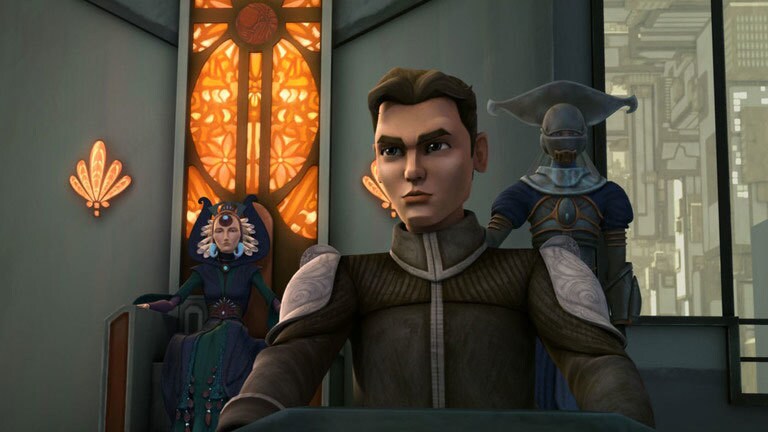 Lux Bonteri first appeared in the Season Three episode of The Clone Wars, “Heroes on Both Sides.” He went from Separatist to rebel fighter on his homeworld of Onderon. He knew and loved Steela Gerrera and worked with her brother Saw way back when, witnessing the effectiveness of Steela's brand of leadership. In Inferno Squad, Lux is still fighting as a rebel under the pseudonym "the Mentor."