Get ready to channel your inner scoundrel.

Star Wars Battlefront II's Han Solo Season has thus far celebrated the iconic nerf herder by taking us on a trip to Jabba's Palace, introducing new modes like Hero Showdown featuring two-on-two Heroes versus Villains battles, and throwing us into the cockpits of legendary fighters thanks to Starfighter Custom Arcade. But starting today, the Season makes the jump to Solo: A Star Wars Story. Han, Chewie, and Lando, with appearances based on the film (including Calrissian's super cool, Hawaiian-inspired shirt), are playable; the coaxium mines of Kessel joins the game as a new location; Extraction, a fan-favorite game mode from a past update, returns with players attempting to escape with -- or stop the theft of -- a critical payload. And, oh yeah, you can also fly Lando's gorgeous Millennium Falcon, before it became a hunk of junk. StarWars.com caught up with Michael Dailey, assistant producer on Battlefront II, and came away with five reasons we're really excited for the update, including everything from how the developers recreated the flooring of Kessel to tips on surviving the notorious Kessel mines. 1. Being sent to the mines of Kessel never sounded so good.

"Any time you are developing content in parallel with the production of a new film, you face all sorts of unique challenges," Dailey says. "For example, aspects of a new planet being seen for the first time might change multiple times during development. As the Lucasfilm Games Team, part of our responsibility is to partner with DICE to create a version of Kessel that looks and feels just like what you see in the film. To accomplish this, we work closely with a number of teams internally at Lucasfilm in order to provide DICE with reference ranging from hundreds of set photos, early film footage, narrative overviews, and even 3D assets and sound effects taken directly from the film. All of that is done with the goal creating the most accurate possible version of Kessel, all the way down to the look of the floor tiles in the control room to the sound you hear when the coaxium vault door opens." Good news: you can experience Kessel across Extraction, Blast, Heroes vs. Villains, and Hero Showdown modes. 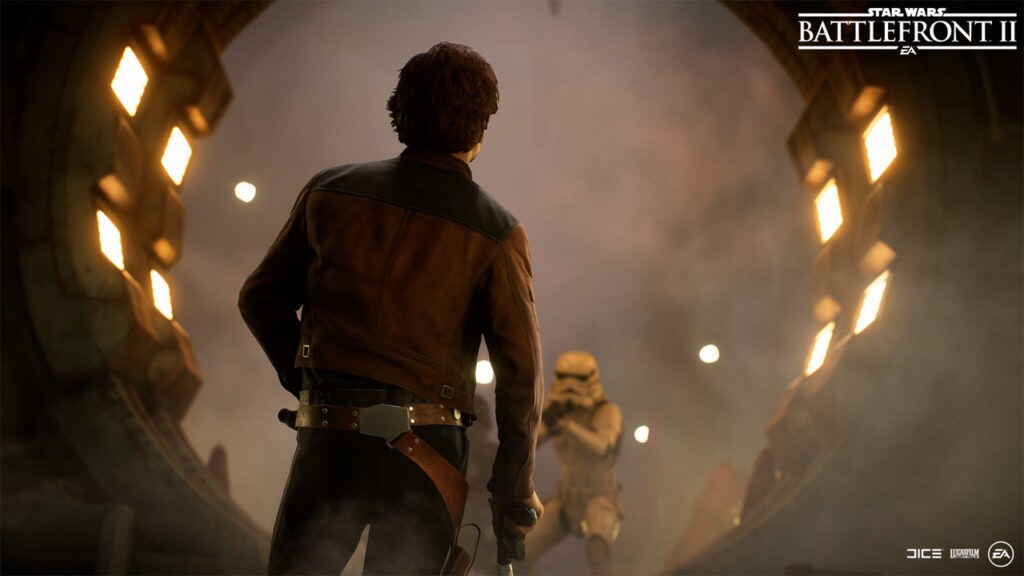 2. The Kessel map was designed to truly make you feel like a smuggler.

"As we began conversations with DICE about developing content based on Solo, it quickly became clear that the fan-favorite mode Extraction from Battlefront 2015’s Outer Rim DLC would be the perfect fit," Dailey says. "The Kessel map was created with Extraction in mind in order to allow players to fulfill the fantasy of extracting a shipment of coaxium from the mines of Kessel just like Han and crew in Solo."

The coaxium mines of Kessel are a somewhat claustrophobic setting. That means going in alone or blasters a' blazin' isn't the wisest choice. "The coaxium mines are filled with tight narrow corridors with a lot of flanking routes," Dailey says. "Regardless of what mode you are playing, it will be key to work together with your teammates and watch each other's backs. Once you find yourself out of the mines and into the courtyard, be sure to find cover and watch out for enemy fire coming from the ridge. Also, try not to stand in the toxic pools, as they will damage you over time." So remember: toxic pools, bad; working with a crew, good. 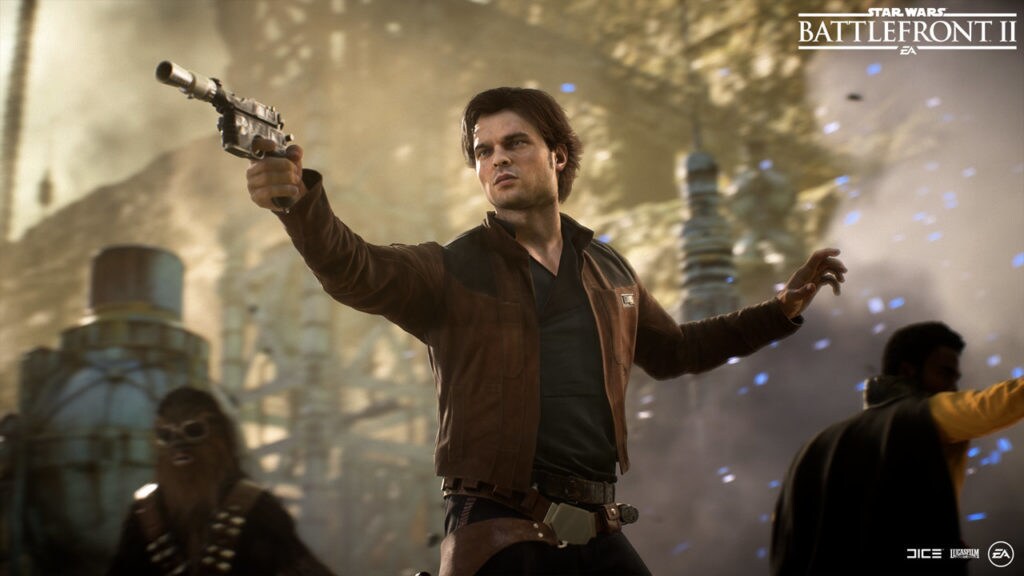 4. The new appearances for our heroes look really good, and there's a reason for that.

Han and Lando are both getting two fresh looks based on Solo, and our favorite walking capret is getting one, too. From likeness to clothing (especially important when it comes to Lando), the new appearances in this update are excellent. And that's because they come right from the source. "During the production of Solo, 3D scans of many of the main actors were taken, which we were able to provide to DICE as a starting point for their character assets," Dailey says. "Having access to film assets like that really went a long way to helping the awesome character artists at DICE make what I think are some of our best looking characters yet." 5. With Lando's Falcon, you're getting more than just a new deco on the ol' bucket of bolts.

"Given the sleek nature of Lando’s Falcon in the film, this version of the ship is designed to have greater maneuverability when compared to the other versions of the ship already in the game," Dailey says. "This does, however, come with the tradeoff of having less armor. Lando is not alone in piloting the Falcon, though, as his trusted copilot L3-37 joins him." If you saw Solo, you'll be happy to know that they behave as expected. "The two have a lot of great banter together," Dailey says. Buckle up, baby.