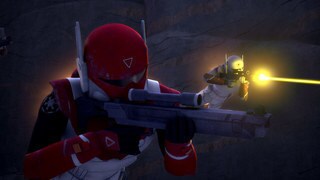 Mandalorian warriors loyal to the Empire, Imperial Super Commandos were deadly and efficient enforcers. Led by Gar Saxon, the Imperial Super Commandos’ armor was a distinctive and streamlined white, and their masterful combat abilities were eclipsed only by their ruthlessness. Under orders of the Empire, they destroyed the Protectors of Concord Dawn with no mercy, and sought to do the same to their missing leader Fenn Rau and any rebel opposition. 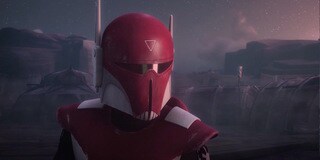 In this clip from the Star Wars Rebels episode “Imperial Supercommandos,” Sabine and Ezra encounter Mandalorians who’ve aligned with the Empire. They’re outnumbered, outgunned, and have to make a difficult choice...