The StarWars.com team picks the top mercenaries of Star Wars! 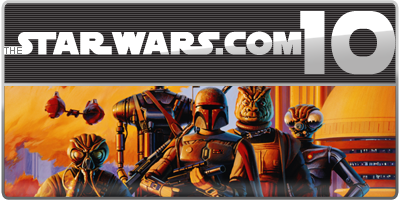 Welcome to The StarWars.com 10, a feature where StarWars.com’s editorial staff huddles to discuss — in a committee — various topics relating to a galaxy far, far away. Today we're looking at the top mercenaries of Star Wars.


"Bounty hunters. We don't need their scum." So said Admiral Piett in The Empire Strikes Back, though he couldn't be more wrong. Bounty hunters have played a huge role in Star Wars, often doing the dirty work for the series' major villains, whether it's killing a senator or capturing a rogue smuggler. Many have become icons in their own right -- sometimes based solely on appearance, leaving it to the audience to imagine what they're capable of. For this list, we looked at bounty hunters in the Star Wars films and on Star Wars: The Clone Wars, and ranked them according to several factors, including their job success rate, combat ability, and which are the most "fearless and inventive." Note: No Expanded Universe characters or exploits were considered.

10. Zam Wesell, Attack of the Clones 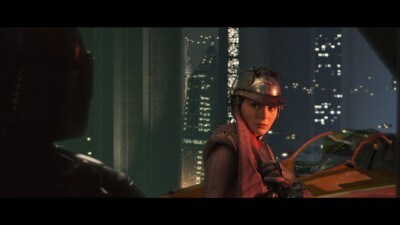 A shape-shifting bounty hunter, Zam Wesell is doubly dangerous, and is also a good shot. Hired by Jango Fett to assassinate Senator Padmé Amidala, Wesell was almost successful in her attempts on the senator's life, first in a bombing of Amidala's starship, and then with a deposit of two venomous arthropods into her sleeping quarters -- an attack thwarted by Jedi Obi-Wan Kenobi and Anakin Skywalker. In the resulting pursuit, she proves a strong match for Kenobi and Skywalker, leading them on a frantic high-speed chase throughout Coruscant, but ultimately could not outrun or outsmart the Jedi.

9. Dengar, The Empire Strikes Back and Star Wars: The Clone Wars 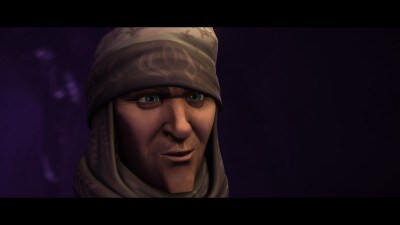 One of the bounty hunters hired by Darth Vader to find the Millennium Falcon in The Empire Strikes Back, Dengar sports distinctive armor, has a unique headdress, and carries heavy weaponry. As seen in Star Wars: The Clone Wars, he's also adept at hand-to-hand combat, standing his ground against an onslaught of Kage warriors. 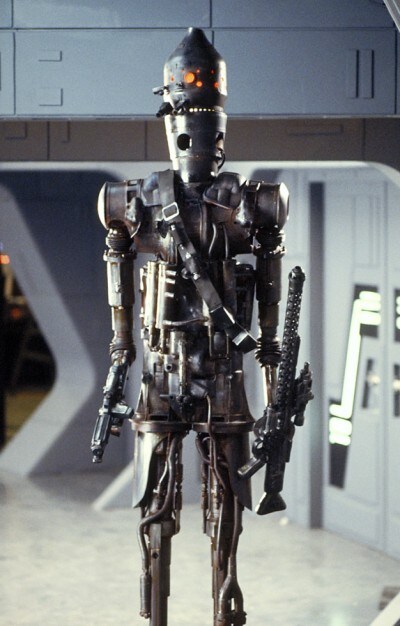 A towering, imposing figure, IG-88 is another of Vader's preferred bounty hunters -- and is the only droid on this list. While only seen briefly in The Empire Strikes Back, IG-88 has remained popular with fans, appearing in comic books, video games, and cartoons. What perhaps resonates with fans is the fact that IG-88 is a free agent; he's beholden to no master or owner, unlike other droids, which represents something truly scary -- a bounty hunter with no humanity. 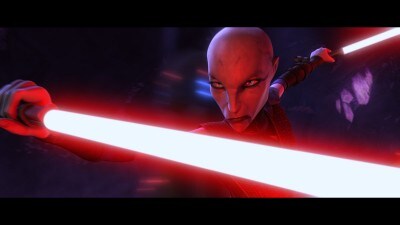 Asajj Ventress, a fierce killer and former Sith apprentice of Count Dooku, became a bounty hunter not exactly by choice, but more by circumstance and curiosity. Betrayed by Dooku, forced into exile, and directionless, Ventress agrees to join Boba Fett and his team for a seemingly simple job: escorting a box on a train. Her Force sensitivity and combat skills make her an asset when the group is attacked, but Ventress' heart is (slightly) too big. Upon learning that the chest contains a captive girl, Ventress sets her free...for a ransom. She later proves to be a highly-skilled bounty hunter on her own, successfully tracking and capturing a Jedi -- Ahsoka Tano -- when no one else could. But again, there is more good in Ventress than she realized, and the once dark side devotee opts to help Tano instead of immediately collecting her reward. 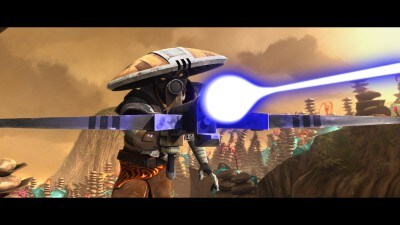 Fast and unpredictable, Embo is a formidable male Kyuzo bounty hunter, ranking alongside the great mercenaries of the era. Among his many exploits in Star Wars: The Clone Wars, Embo is hired by farmers on Felucia for protection from Hondo Ohnaka and his band of pirates, and his skills are stunning: He captures a moving speeder bike from a pirate, blasts accurately with his bowcaster, leaps and spins, and blocks incoming fire with his shield-hat. Embo rarely talks, but his actions speak for him. And he gets bonus points for having a pet anooba.

5. Jango Fett, Attack of the Clones 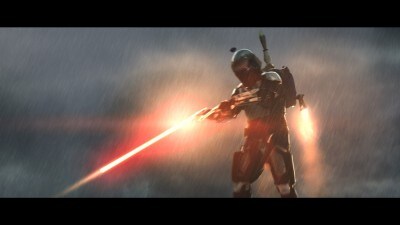 Hugely important to Star Wars, Jango Fett is so respected a bounty hunter that he became the clone army blueprint. Wearing blue and grey Mandalorian armor, Jango holds his own against Obi-Wan Kenobi in Attack of the Clones, and in the Battle of Geonosis, blasts a Jedi out of a private box overlooking the planet's arena -- without moving -- and kills a reek with a precision shot at point blank range. His arsenal, of course, is awesome: jet pack, flame thrower, rocket launcher, blasters, and more. While he ultimately falls to Mace Windu, Fett lives up to his reputation.

4. Bossk, The Empire Strikes Back and Star Wars: The Clone Wars 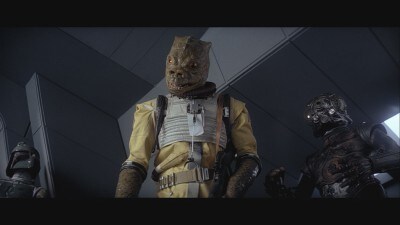 Threatening and intimidating, Bossk became a fan favorite after his snarling I-can-hear-you grunt at an Imperial officer in The Empire Strikes Back. As seen in Star Wars: The Clone Wars, he is among the galaxy's most in-demand bounty hunters, working closely with Boba Fett, and as a Trandoshan, is a natural hunter. His attitude and original character design -- no armor, a reptilian appearance, long arms and legs with clawed hands and feet -- make him unique in the Star Wars galaxy. 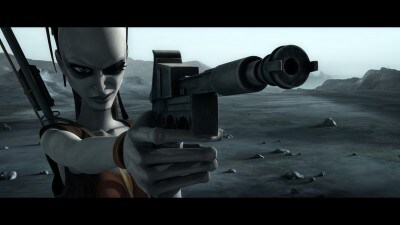 Ruthless and cunning, Aurra Sing is a sharpshooting bounty hunter with seemingly little conscience. In Star Wars: The Clone Wars, we see the depths that Sing is ready to go to for profit: she executes captive clone troopers, snipes security with long-distance head shots, and kills former partners face-to-face. Sing also is a mentor to the orphaned Boba Fett, and shows him the killer instinct necessary in their line of business. 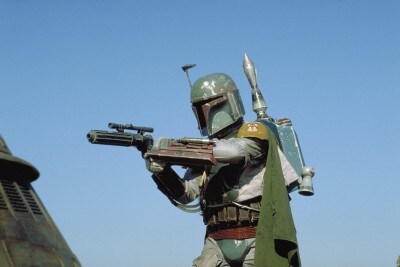 When someone thinks of "Star Wars bounty hunter," they most likely picture Boba Fett. Originally debuting in the Star Wars Holiday Special, and then playing a major role in The Empire Strikes Back, Fett struck a chord with audiences immediately. With his distinctive, battle-worn armor, sleek helmet, and weaponry -- rocket pack, sawed-off rifle, wrist gauntlets with grappling rope and blasters -- Fett was like nothing else seen in Star Wars. His ship, the Slave I, seemed to match him perfectly, from color scheme to design. Of all the bounty hunters hired by the Empire, he is the one who successfully tracks the Millennium Falcon to Cloud City, and then collects an additional reward by delivering Han Solo to Jabba the Hutt -- something no other bounty hunter could pull off. His demise in Return of the Jedi is still debated among fans, but for a character with so little screen-time, his impact on Star Wars is even more impressive. 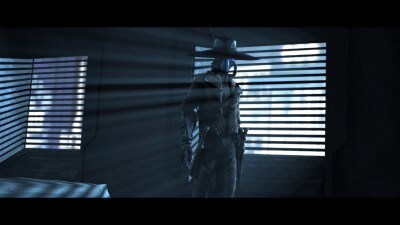 Deadly, no-nonsense, and always dangerous, Cad Bane -- who looks like he stepped right out of The Good, The Bad, and The Ugly -- is the most effective bounty hunter seen in Star Wars. His resume from Star Wars: The Clone Wars is amazing: Bane frees Ziro the Hutt from a highly-guarded prison on Coruscant; he infiltrates the Jedi Archives and steals a holocron, is later apprehended by Jedi, then still manages to escape; and he holds his own in battles against both Anakin Skywalker and Obi-Wan Kenobi, and captures Ahsoka Tano. He's also creative -- see his zero-gravity fight against Anakin and Ahsoka. With his arsenal and gadgetry, including twin blasters, rocket boots, and weaponized gauntlets, Bane is a formidable foe to everyone -- no one is safe, be it fellow bounty hunter or Jedi. While he's a relatively new character, Bane has become one of the great pure villains of Star Wars, cold and calculating and all business.