The story of the Ghost crew is far from over.

Disney XD has ordered a third season of Lucasfilm's animated series Star Wars Rebels, which follows a ragtag group of heroes that dare to strike back against Imperial forces. The third season is currently in production and scheduled to premiere in 2016, it was announced today by Marc Buhaj, senior vice president, Programming and General Manager, Disney XD.

In making the announcement, Buhaj said, "We are proud to bring our audience a third season of Star Wars Rebels, a series that has resonated across generations." Buhaj added, "The creative team behind the series continues to do a brilliant job in delivering on the key tenets that fans have come to expect from a Star Wars property including adventure, hope and the battle between good vs. evil."

Star Wars Rebels has incorporated classic characters, from Darth Vader to Lando Calrissian, while introducing new heroes and villains that have enriched the tapestry of the Star Wars galaxy. In celebration, look for a special issue of TV Guide Magazine -- with Star Wars Rebels on the cover and extensive Star Wars features -- on stands Thursday, December 3. Get a first look at the cover below and be sure to follow TV Guide Magazine on Facebook, Twitter, and Instagram for more. 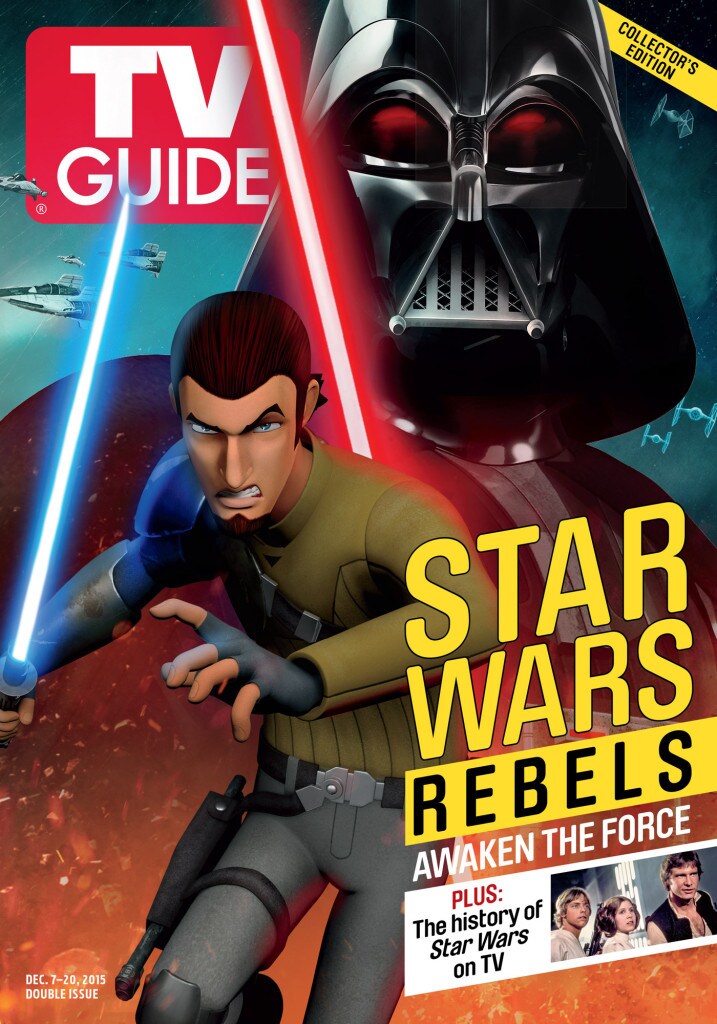 The transformative second season of Star Wars Rebels featured the return of fan-favorite clone troopers Captain Rex, Captain Gregor, and Commander Wolffe, and the debut of new characters including the Seventh Sister, a cunning and crafty Inquisitor who is tasked by Darth Vader to track down the rebels. Following a series of critical events, the lives of our heroes will be changed forever as season three begins.