Inferno Squad can be found prowling among the trees of Endor…and on the one in your living room.

Star Wars Battlefront II introduces Star Wars fans to the Inferno Squad, a mysterious and covert team of which some of the highest-ranking officials in the Empire aren’t even aware. Led by the determined and driven Iden Versio, Inferno Squad is the best of the best. 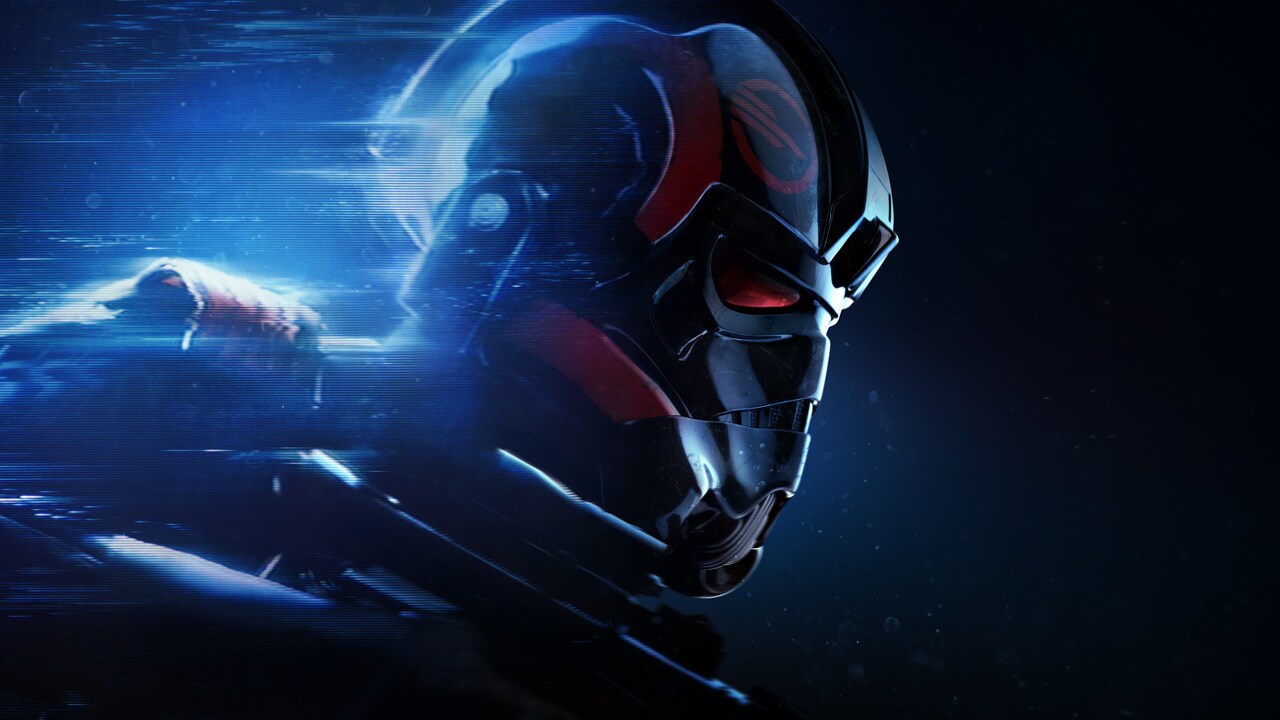 And so are you. Once you’ve walked a few parsecs in Iden’s boots in Battlefront II’s campaign mode, you’re practically a member of Inferno Squad yourself. Show off your team allegiance with a not-so-covert DIY ornament that can be hung from your tree, doorknob, or anywhere you want to flaunt your Imperial pride. 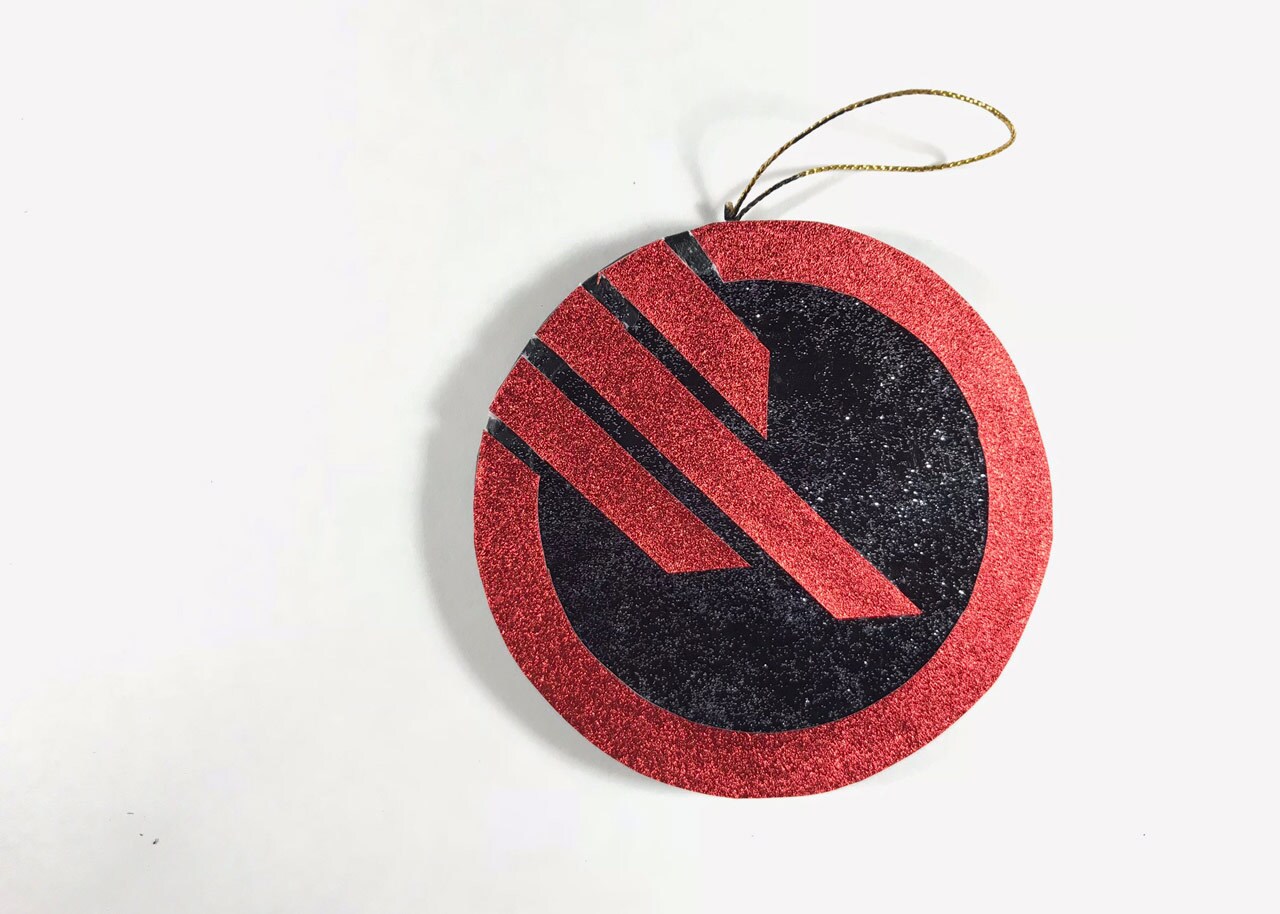 
*The activities in this article should only be done with adult supervision.

Step 1: Begin by painting the papier-mache ornament black on the front and back. Let dry completely. Step 3: Once dry, trace the ornament on the back side of the shiny-red scrapbook paper. Draw or trace a second circle inside, creating a thin circle shape about half-an-inch wide. Step 4: Cut the inside and outside circles you drew to create the half-inch thin circle.

Step 5: Glue the bottom half of thin red circle onto the ornament, with no glue on the top half so you can cut it later. Let the glue dry and trim the circle as needed. 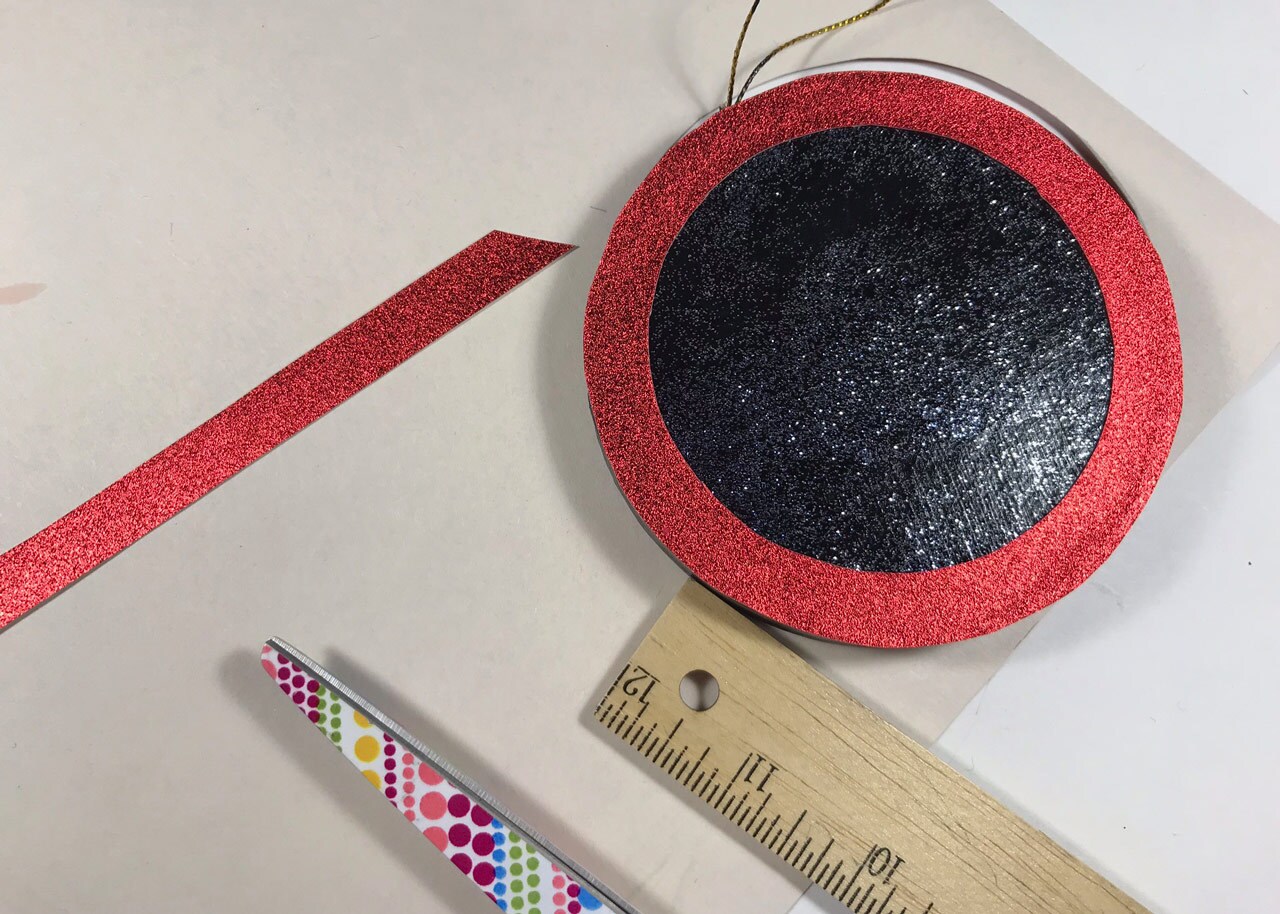 Step 6: Cut three strips of the red scrapbook paper, half-an-inch wide and about six inches long. Using the Inferno Squad logo as a guide, cut one long strip with an angle on the end, but not long enough to touch the opposite side of the circle. Repeat with one medium-length strip and one short strip. Use the angle you made for the long strip as a guide for the medium strip, then flip it in the other direction for the short strip.

Step 7: Glue the long strip to the middle of the ornament at an angle, leaving the straight end hanging over the side and unglued on that end. Repeat with the other two strips, evenly spacing them apart, with the short strip above the long one.

Step 8: Use the craft knife to cut the thin circle between the strips, and then the flat ends of the paper strips along the edge of the ornament. Step 9: Glue all of the paper down, and then use the decoupage glue on top to cover the paper in a layer of glue. Let dry completely.

Repeat on the other side if desired. 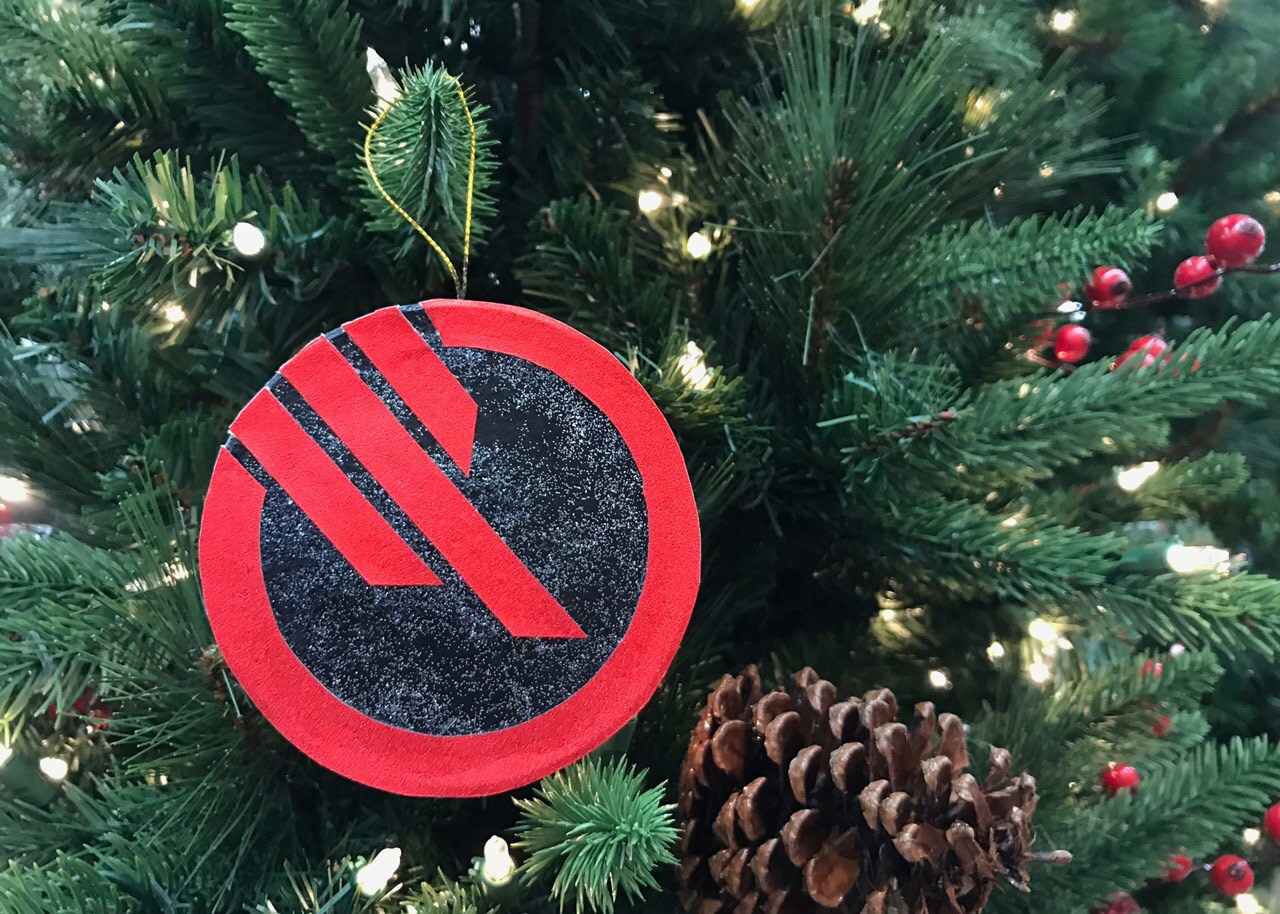 Make This AT-ST Diorama the Center of Attention

You’ll Lose Your Mind Over This DIY Bor Gullet Pumpkin

A DIY Lola for Your Little Leia or Luke