The Mandalorian and Crew Join Star Wars: Galaxy of Heroes

The masked warrior, Greef Karga, and Cara Dune will be available in the mobile app soon!

An agent of the Bounty Hunters Guild and a veteran of the Galactic Civil War are joining the fight in Star Wars: Galaxy of Heroes later this month alongside a mysterious masked Mandalorian.

And StarWars.com is excited to share the new character designs from The Mandalorian, streaming now on Disney+, joining the crew in Star Wars: Galaxy of Heroes. 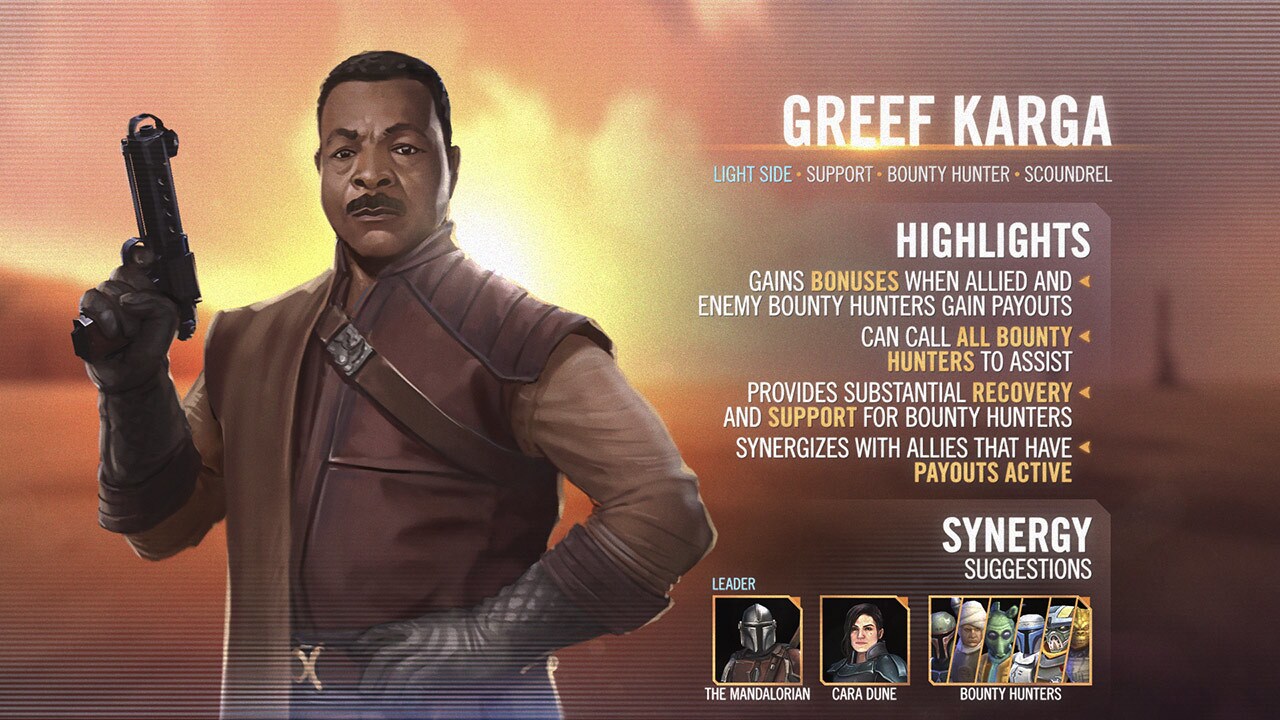 In the game, Greef Karga, the strategic leader of the Bounty Hunters Guild, will bring some support to the attacker-heavy Bounty Hunter squad. With any luck, Greef is going to help hand out a few more bounty pucks. 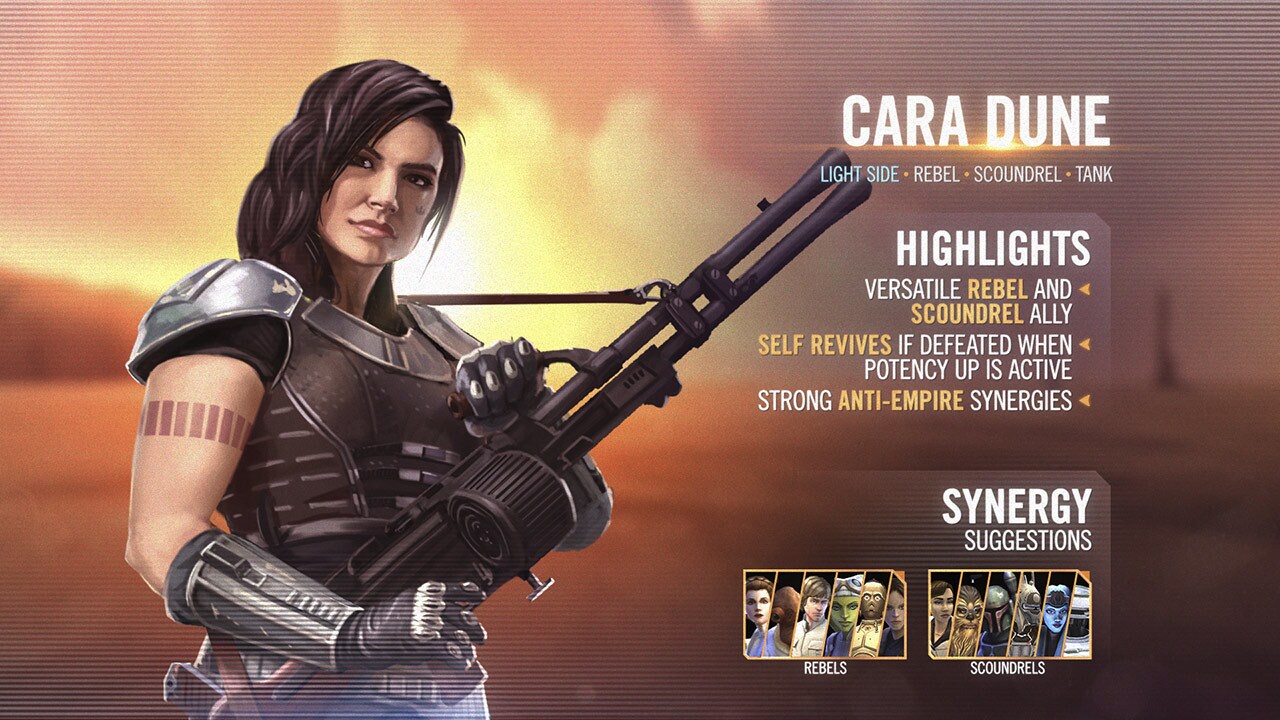 Then there’s Cara Dune, the former rebel shock trooper who reinvented herself as a mercenary-for-hire hiding out on Sorgan. There’s no question she can hold her own, whether she’s fighting stormtroopers or going toe to toe with the Mandalorian. In Galaxy of Heroes, Cara’s skill will make her an additional tank for Rebel squads who can also provide Scoundrel teams with an additional damage dealer.

Both Greef and Cara join the game on April 22.

Coming later, meet the Mandalorian. Whether shooting from the hip with his blaster pistol or using his Amban sniper rifle to disintegrate his enemies, the Mandalorian is always prepared to take on whatever or whoever gets in his way.