If he doesn't pay off Jabba the Hutt, he's a dead man.

Beilert Valance isn't actually going in to an asteroid field, is he? The bold tactic that once helped Han Solo and his crew escape from the Empire is so crazy it just might also work for Valance and Dengar.

In StarWars.com’s exclusive preview of Star Wars: Bounty Hunters #12 -- part of Marvel’s epic crossover War of the Bounty Hunters, which explores Boba Fett’s journey to Jabba the Hutt following the events of Star Wars: The Empire Strikes Back -- we find the cyborg dodging exogorths and staring through his scope at a new target: Captain Solo himself.

One of several preludes in the crossover, Bounty Hunters #12, from writer Ethan Sacks and artist Paolo Villanelli, with colors by Arif Prianto and a cover by Mattia de Iulis, arrives May 19 and is available for pre-order now on Comixology and at your local comic shop. 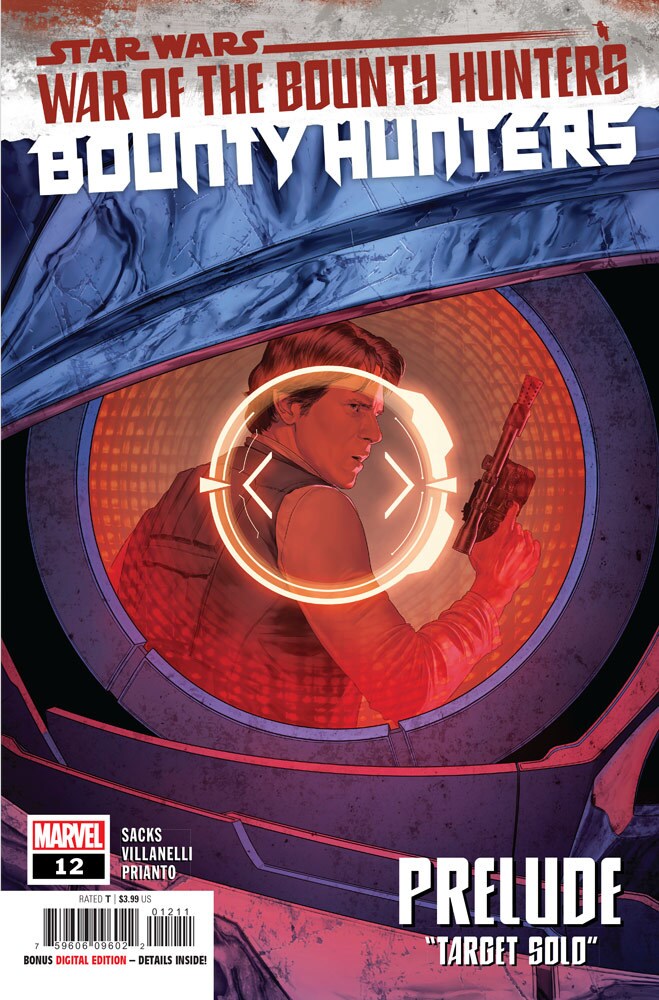 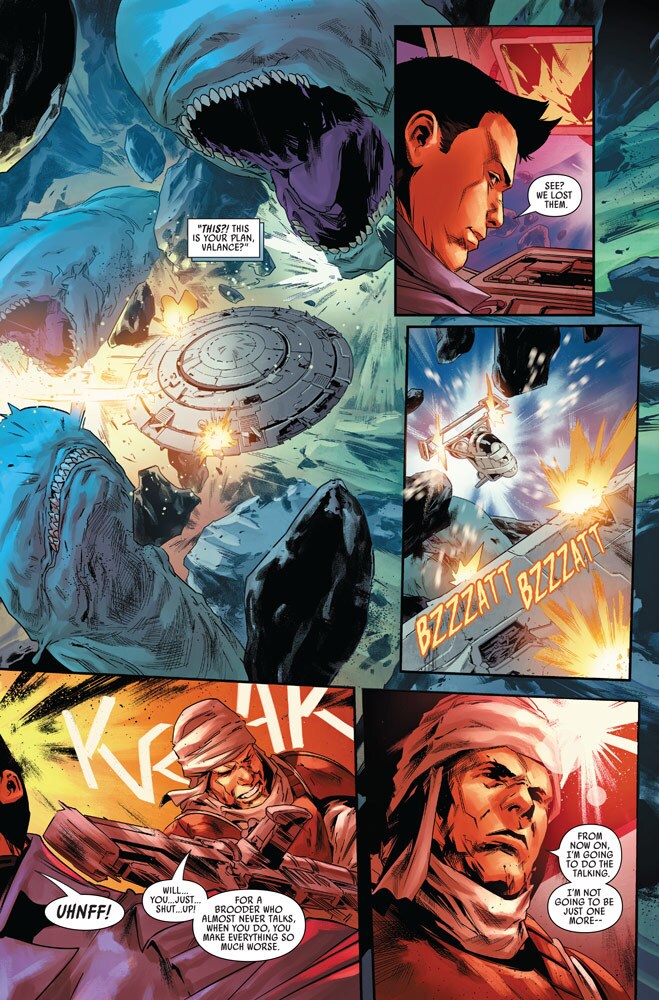 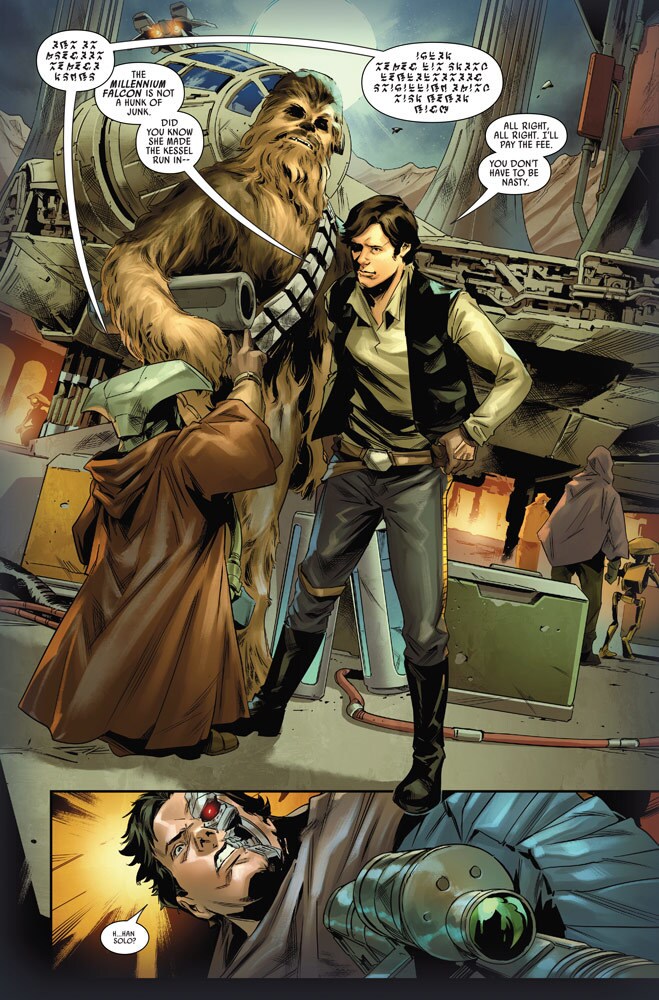