Get first details on a new series of spooky Star Wars stories…if you dare!

Come this fall, Darth Vader will haunt your dreams.

IDW Publishing and Lucasfilm’s Halloween tradition of spooky stories will continue this year with Star Wars Adventures: Ghosts of Vader’s Castle, a five-issue miniseries from writer Cavan Scott, kicking off in September and running throughout October. Scott has shepherded the series’ terrifying tales since 2018’s Tales from Vader’s Castle, and promises that there are plenty of frights left in the halls of the Sith Lord’s horrifying home.

“This year is the culmination of all the stories we’ve been telling, as we return the heroes of our original series to Mustafar,” Scott tells StarWars.com. “Lina, Hudd, Skritt, and even CR-8R share the terrible nightmares they’ve been having. We will see Anakin, Jar Jar, and Padmé tussling with undead droids, Luke facing the spirit of the swamp on Dagobah, and Han having a huge problem with Chewbacca. Oh, and we also throw in the biggest terror of the Star Wars galaxy: a certain green-haired, long-eared smuggler by the name of Jaxxon! All this, and the return of Darth Vader from beyond the grave!"

But Scott will not venture to Mustafar alone. Many of the artists who’ve contributed to the Vader’s Castle series over the years will also be returning, including Francesco Francavilla (who will illustrate the wraparound story for Ghosts of Vader’s Castle, which focuses on Vanee, the Renfield-like assistant to Vader's Dracula), Megan Levens, Robert Hack, and Chris Fenoglio, among others. Derek Charm, penciller of the very first Vader’s Castle comic, wouldn’t miss the chance to create more spine-tingling tales.

"I've loved being involved in these annual Vader's Castle stories from the beginning,” Charm says. “It was really fun to develop a darker visual style for this series that I've been able to carry through the years and various formats. Cavan always brings something fun, visual, and new to this spooky corner of the Star Wars galaxy, and all of the artists involved really step up to meet the vibe. So happy to be a part of the conclusion to this story." Readers can look forward to interior art and variant covers from Charm; Francesco Francavilla will provide the regular covers for the series, and another variant will also be available.

For fans of the Halloween season and the galaxy far, far away, the Vader’s Castle series has been a welcome celebration of the horror elements lurking underneath Star Wars’ surface. Michael Siglain, creative director of Lucasfilm Publishing and a longtime fan of classic horror himself, has taken great pleasure in making the Star Wars galaxy a little more ghoulish.

“Star Wars has always had its share of the unexplained and scary -- and certainly its share of monsters -- and it's been an absolute thrill to explore those elements through an EC Comics-like lens with our Vader's Castle series from IDW,” Siglain says. “The idea for the series started over lunch with Cavan at San Diego Comic-Con many moons ago. Cav and I share a love of classic monster movies -- particularly the Universal and Hammer films -- and while bonding over those, our lunch turned to a ‘What if...?’ conversation about combining those elements -- and some of those icons, both in front of and behind the camera, with a galaxy far, far away. That resulted in our first macabre mini-series, Tales from Vader's Castle, and we're now on our frightening fourth collaboration, which brings the story full circle with both horror and humor. Prepare yourselves, foolish mortals, for Ghosts of Vader's Castle.”

Check out some of the covers from Star Wars Adventures: Ghosts of Vader's Castle below! 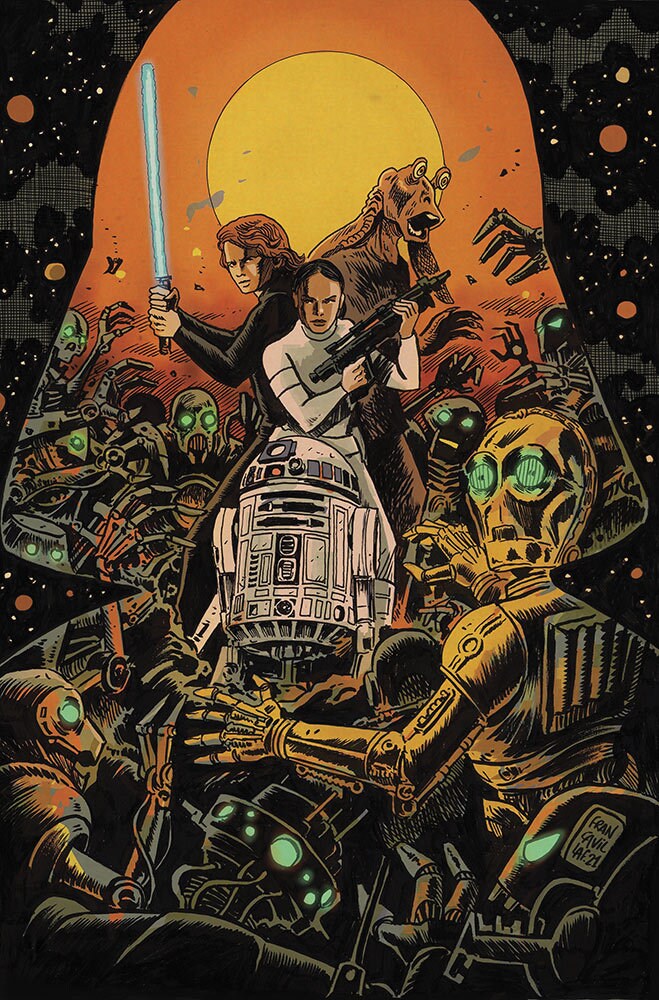 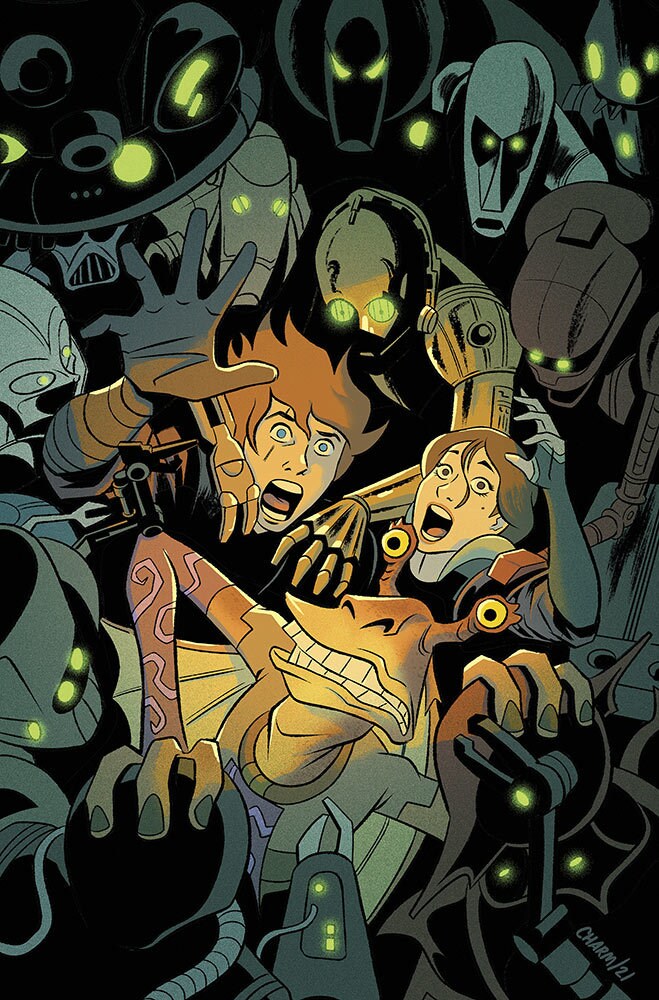 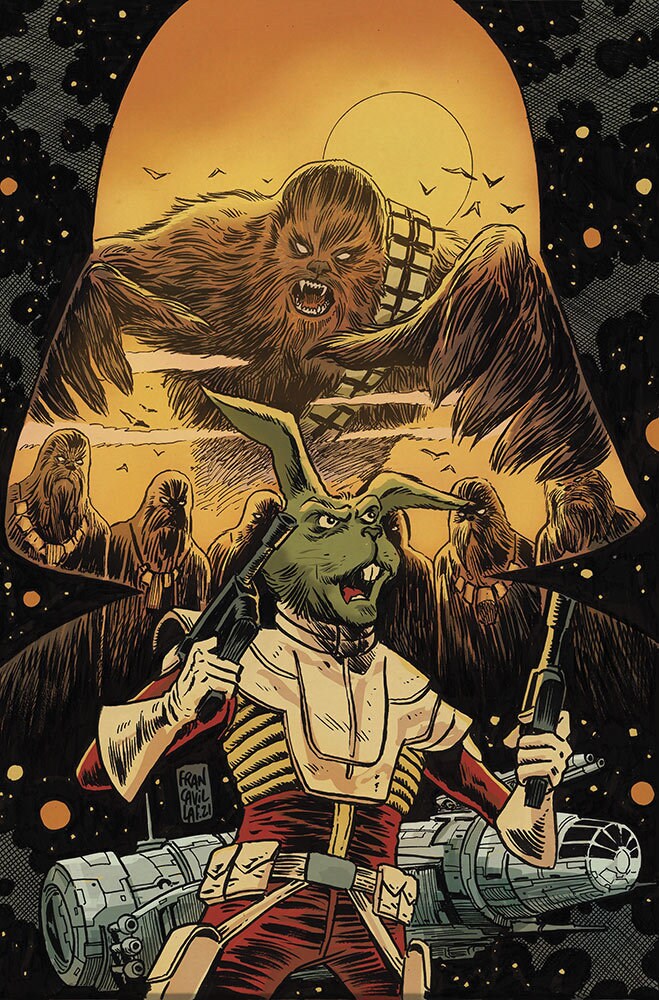 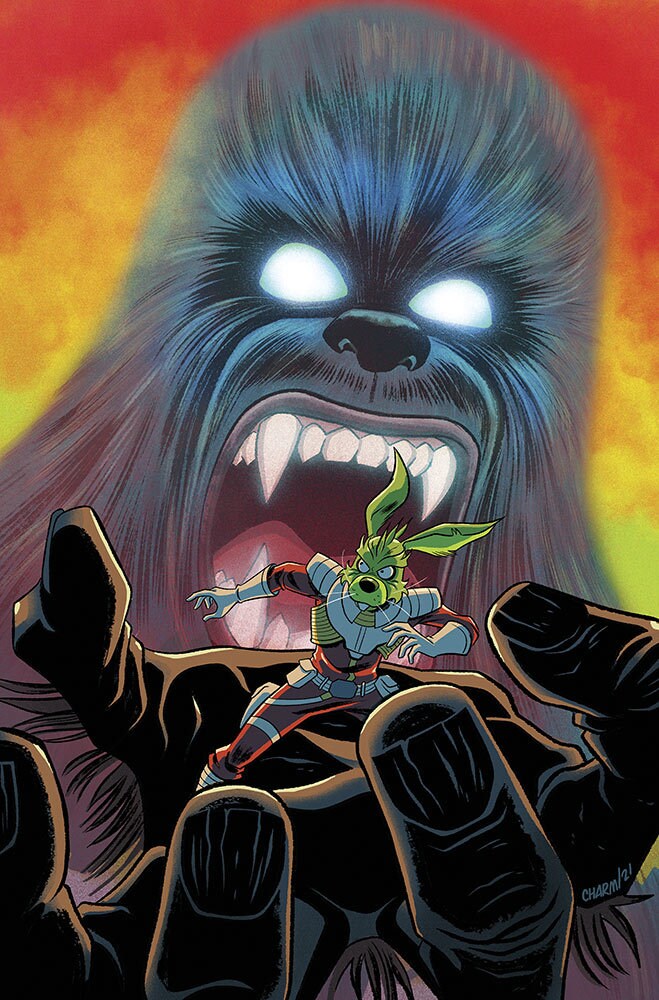 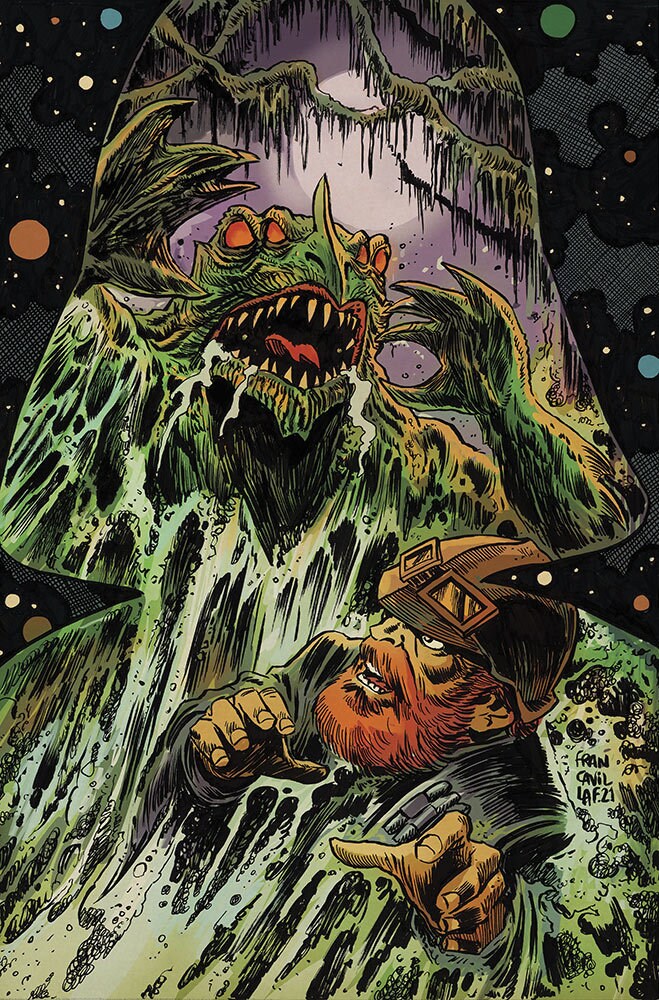 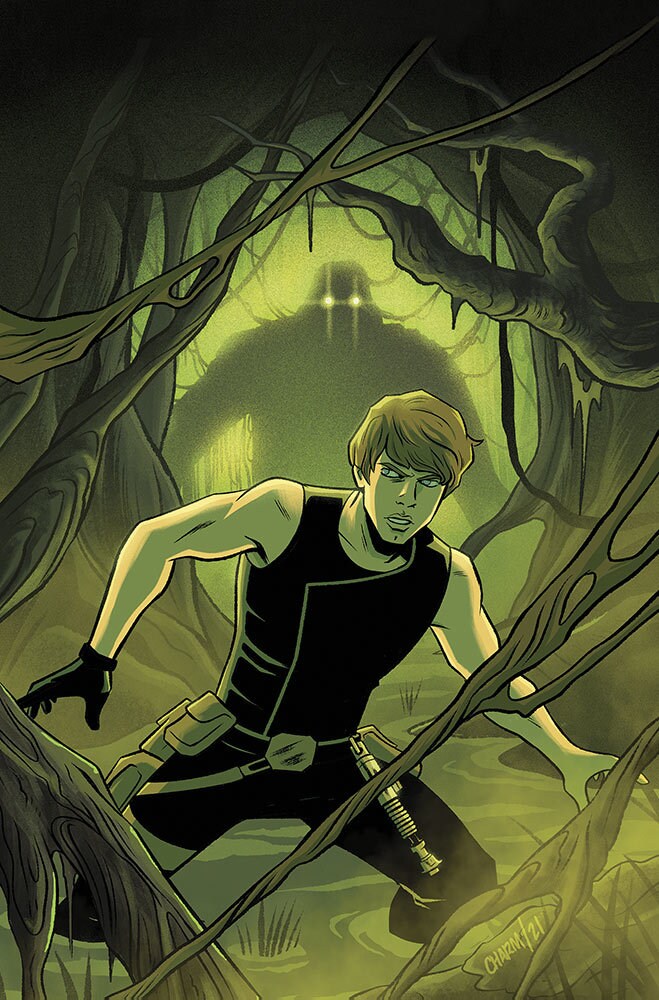 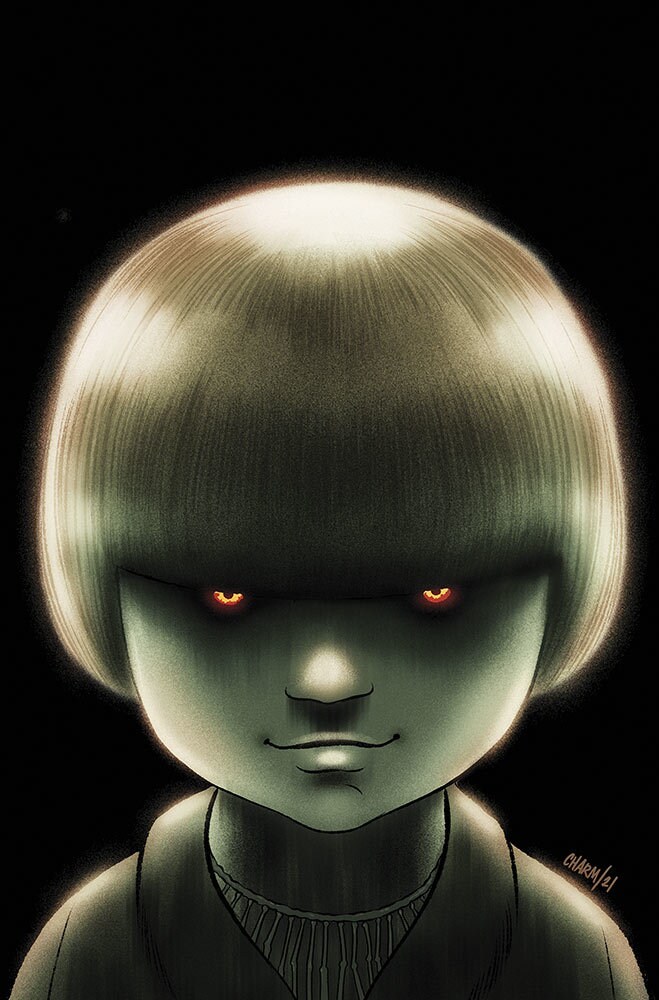 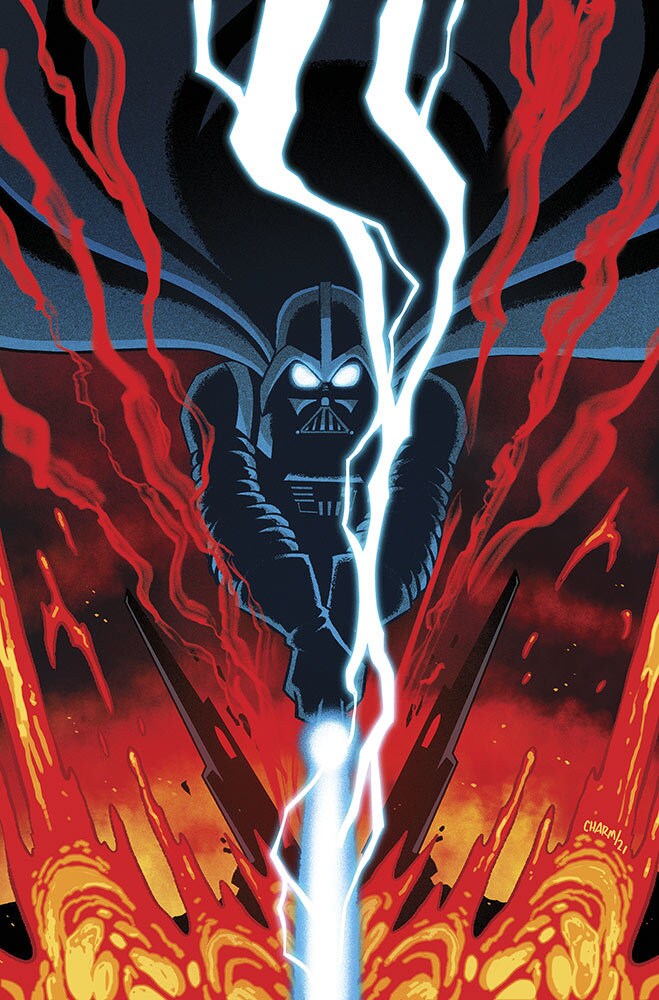 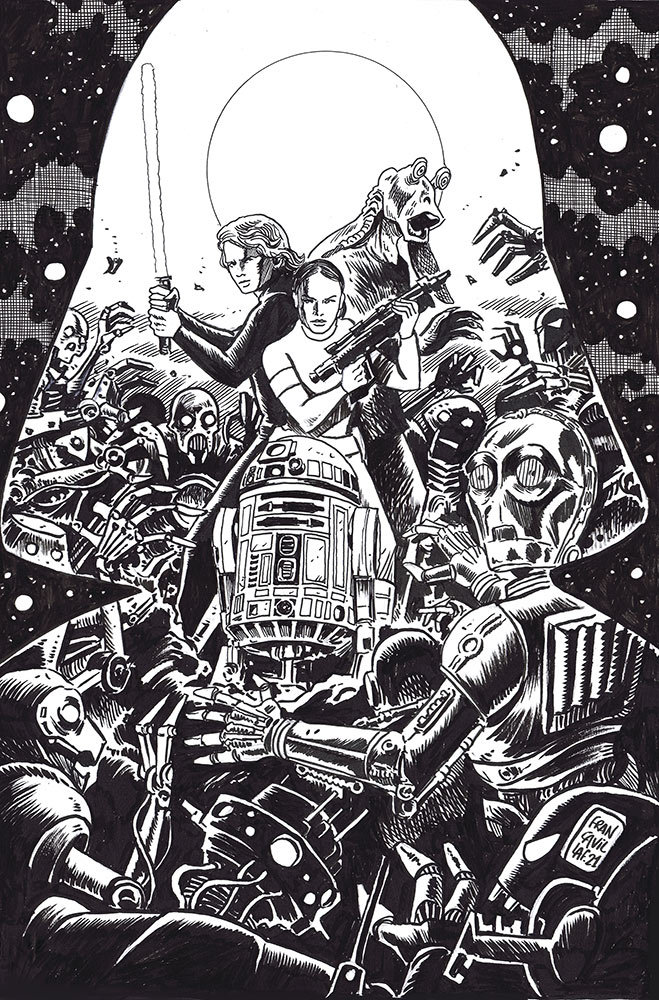 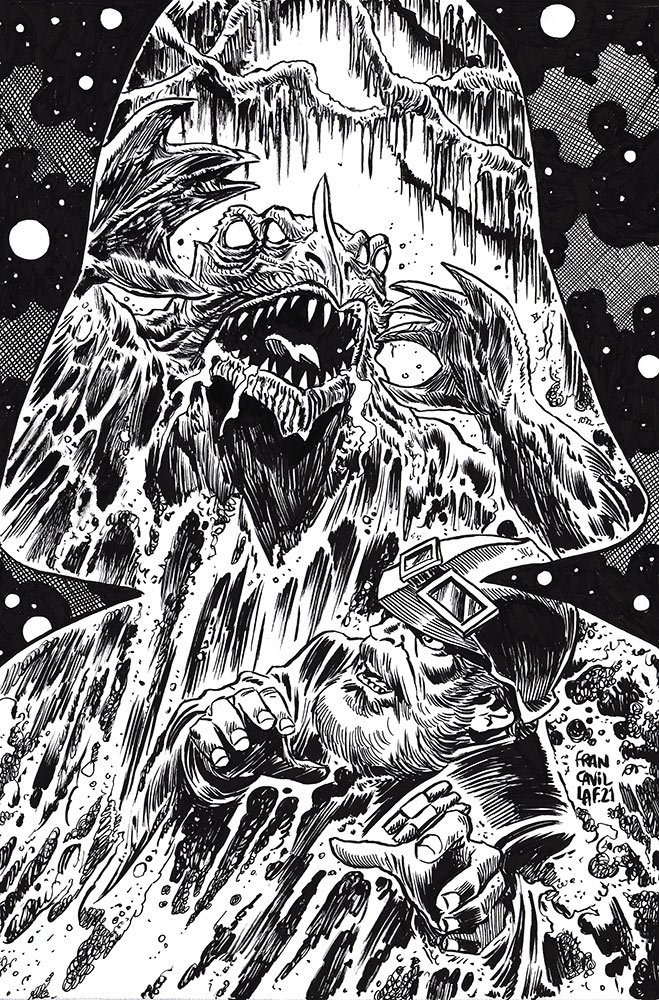 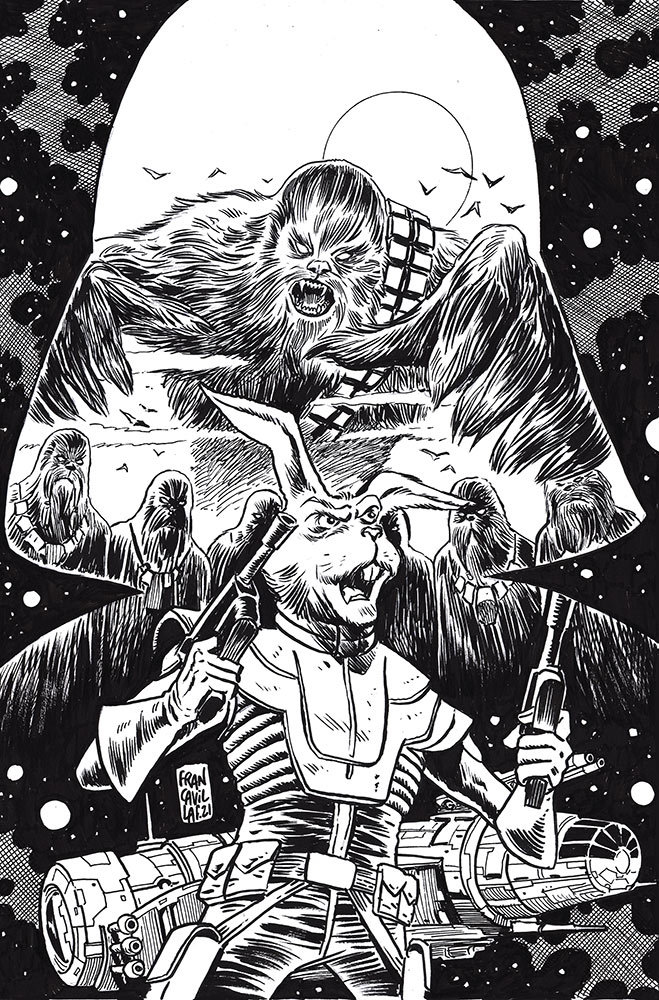 See Star Wars Adventures: Ghosts of Vader's Castle and more on This Week! in Star Wars!