This January, the iconic Star Wars franchise returns to the House of Ideas in grand fashion with the first can’t-miss ongoing series kicking off in Star Wars #1! Today, Marvel Entertainment and Lucasfilm are extremely proud to unveil artist John Tyler Christopher’s Star Wars #1 Party Variant -- featuring the return of Jaxxon! Only available at Star Wars #1 Launch Parties, don’t miss your chance to get your hands on this one-of-a-kind variant cover to one of the biggest issues of the year!

“We couldn’t be happier to have Star Wars comics back at Marvel,” says Marvel SVP Sales & Marketing David Gabriel. “Star Wars has always been an important part of Marvel’s history and we knew we wanted to honor that legacy with a callback to the original Marvel Comics Star Wars series. We think old and new fans alike will be just as excited as we are to see Jaxxon, even if it’s only for this fun variant cover.” 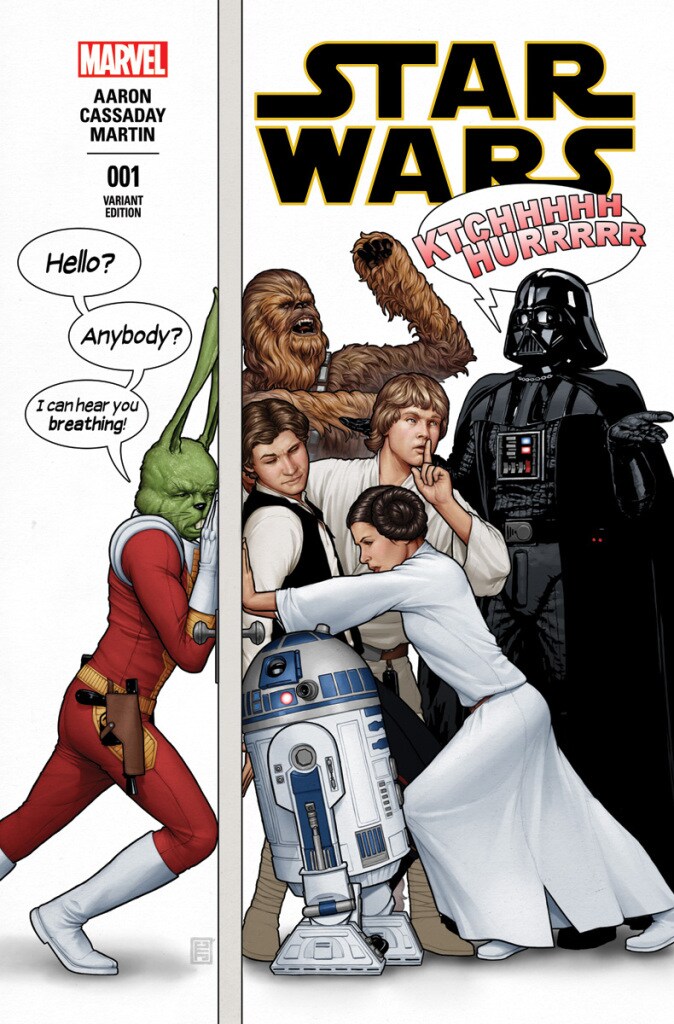