Get a first look and ordering details on a special variant edition of Star Wars #1!

The galaxy's greatest duo are back in Marvel's bestselling Star Wars #1 -- and on a special variant cover from Loot Crate! 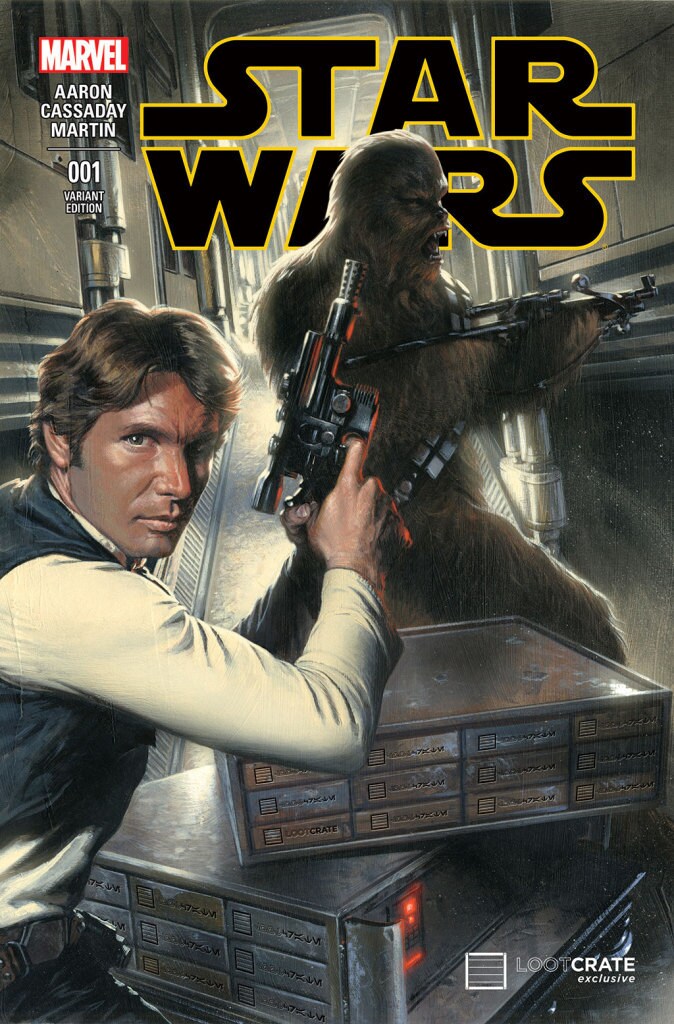 StarWars.com is excited to reveal Loot Crate's exclusive Star Wars #1 variant, featuring a fully-painted cover by acclaimed artist Gabriele Dell’Otto, with Han Solo and Chewbacca mid-battle during the post-A New Hope era. It's a striking image of Princess Leia's favorite laser brain and walking carpet, and this variant edition is available only in Loot Crate's January "Rewind"-themed crate. Head to lootcrate.com/starwars to sign up and receive the issue -- and use code STARWARS for $3 off your first subscription.

“It’s never been a better time to be a Star Wars fan,” says Axel Alonso, Marvel Comics editor-in-chief. “From film to television to new comics from Marvel -- the future is bright for a galaxy far, far away. We’ve worked closely with the Lucasfilm Story Group to produce gripping new stories in the Star Wars universe and we couldn’t be more thrilled to partner with Loot Crate to help get this exciting first issue into the hands of thousands of new fans!”

The deadline is January 19, so make the jump to lightspeed and sign up quick.

Stay tuned to StarWars.com and Marvel.com for more on Star Wars comics!