Get a first look at upcoming entries in the Black Series, Angry Birds Star Wars toys, and more! 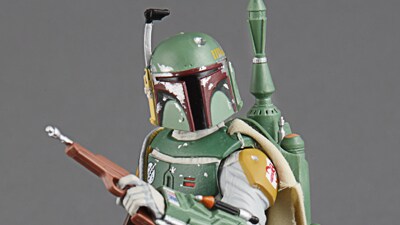 Today at San Diego Comic-Con, Hasbro pulled back the curtain on a ton of upcoming Star Wars toys, including new figures in the Black Series (both 6-inch and 3.75-inch scales), Saga Legends, Angry Birds Star Wars TELEPODS and lots more -- and we've got the first details and product images! Check out our special preview after the jump!

One of the big additions to Angry Birds Star Wars II is TELEPODS -- toys which can be used in-game. In the gallery below, you'll see the following:

Star Wars Saga Legends 3.75-inch Figures – Wave 2 and Wave 1, 2014 Sneak Peek
The classic line continues characters from the movies as well as the Star Wars: The Clone Wars animated series -- and at a new lower price.

Enjoy the preview photos below!