Meet a few of the talented fan creators of these modified Star Wars vehicles, and learn the stories behind their eye-catching rides.

What would Star Wars be without the vehicles that transport our heroes and villains across the stars? From iconic ships like the Millennium Falcon to fan favorites like the Ghost, Star Wars is full of memorable vehicles, many becoming beloved characters unto themselves.

And the same is true for vehicles from a galaxy much closer than far, far away and much more present than a long time ago. That’s where Road Squadron comes in, a fan “carfighter” group where vehicle enthusiasts modify their Earth-bound vehicles to represent some of our favorite ships and characters from Star Wars. At Star Wars Celebration Anaheim 2022, Road Squadron showcased their cars for all to see, and took time to speak with StarWars.com.

Shawn Crosby (“Obi-Shawn”) is the founder of the group, which started in 1999. And it’s proved quite popular. “We have the best time, we’ve been doing it for more than 20 years,” Shawn says. “We’ve gone from being a scrappy little group of two to, like, eight, to now...over 300 people.” 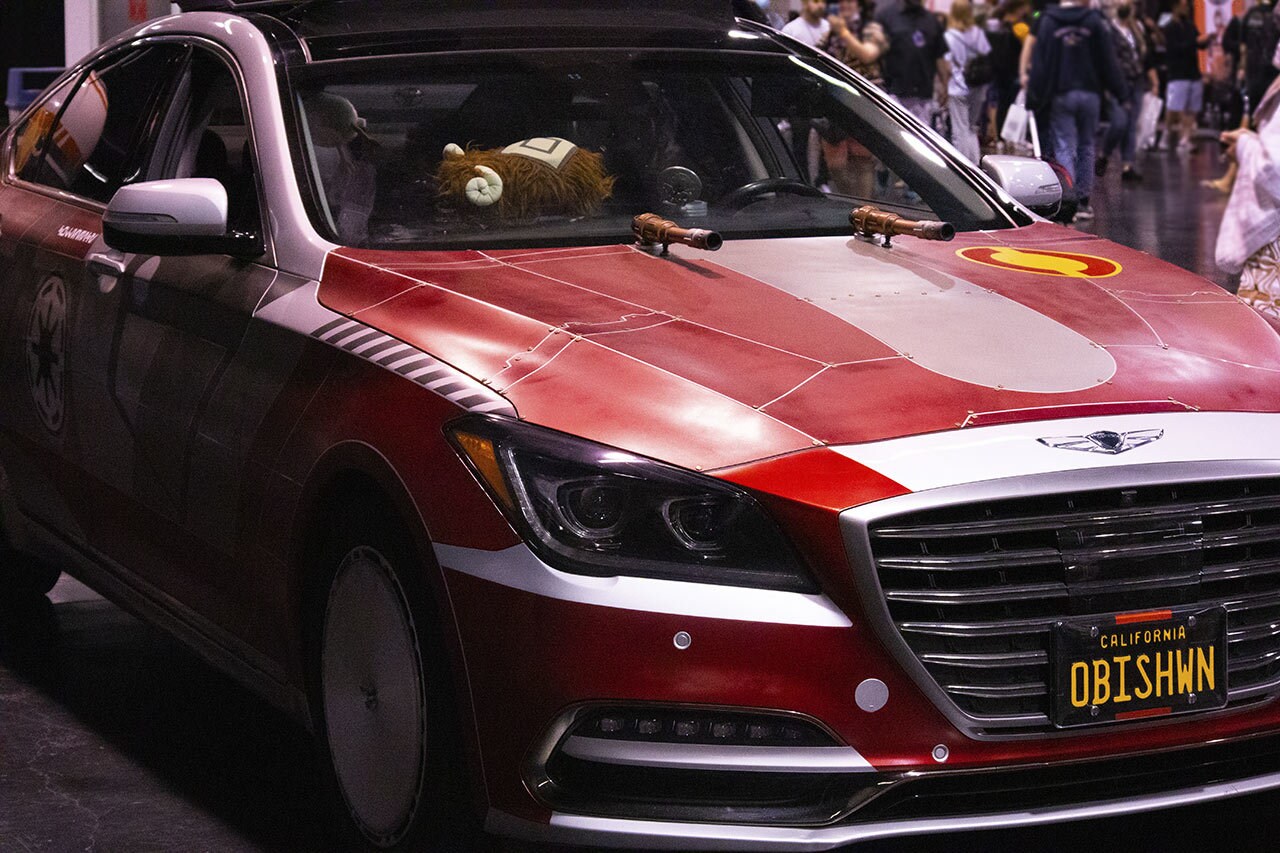 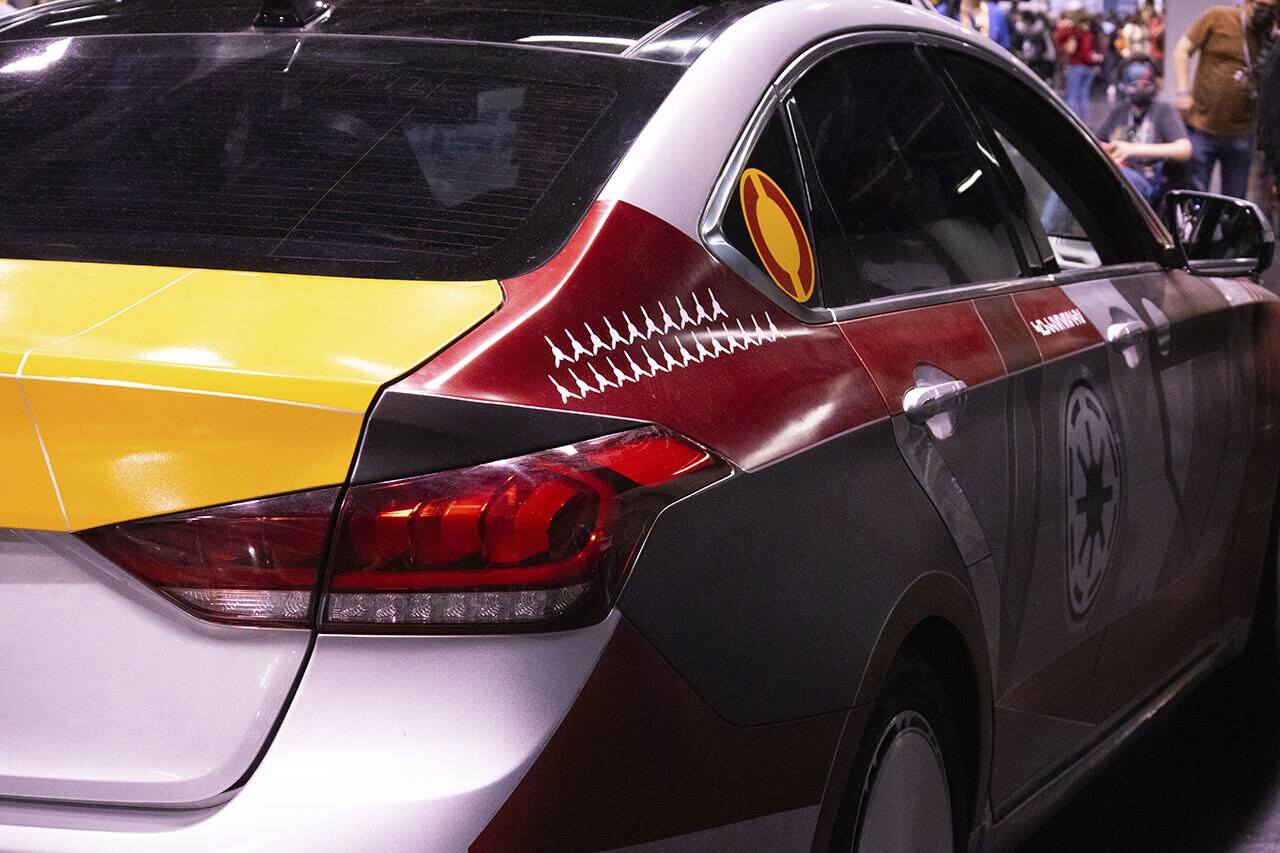 While his last car, a Nissan 350z called “The Z-Wing,” ended in a blaze of glory (its engine finally gave out), Shawn quickly moved on to yet another mod, this time inspired by Obi-Wan Kenobi’s Jedi starfighter, called “The G-Wing.”

“In a lot of cases, we’ll pick a character or a ship we really like and use that as a theme,” Shawn explains.

In modding the cars, Road Squadron members often start designing in Photoshop. This includes schematics that detail the taping and line work that goes into the cars’ transformations. “It’s a process,” Shawn says simply. And the process can take a while. For Crosby, his G-Wing took about three months. For father-son duo Jeff and Sparrow Donoho, their Ghost-inspired vehicle was a two-year labor of love. 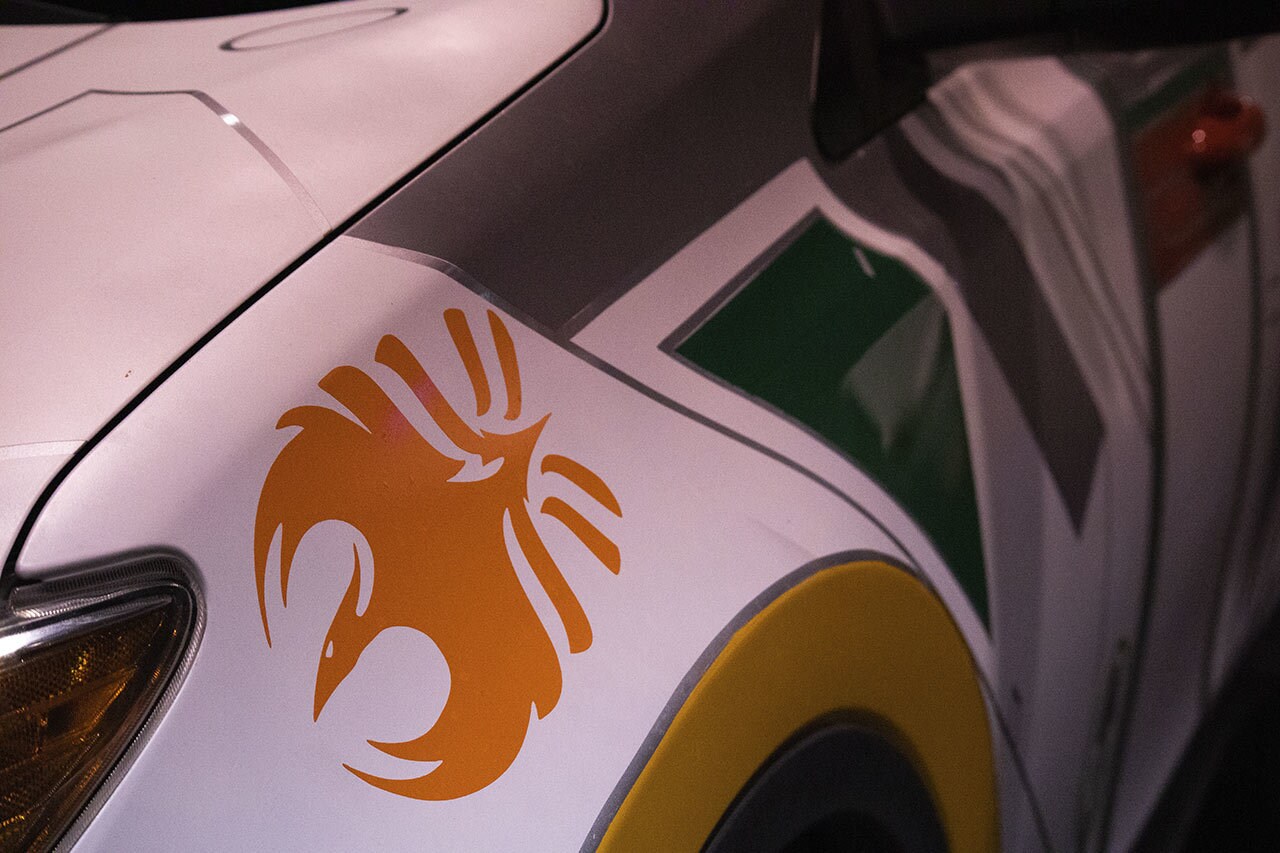 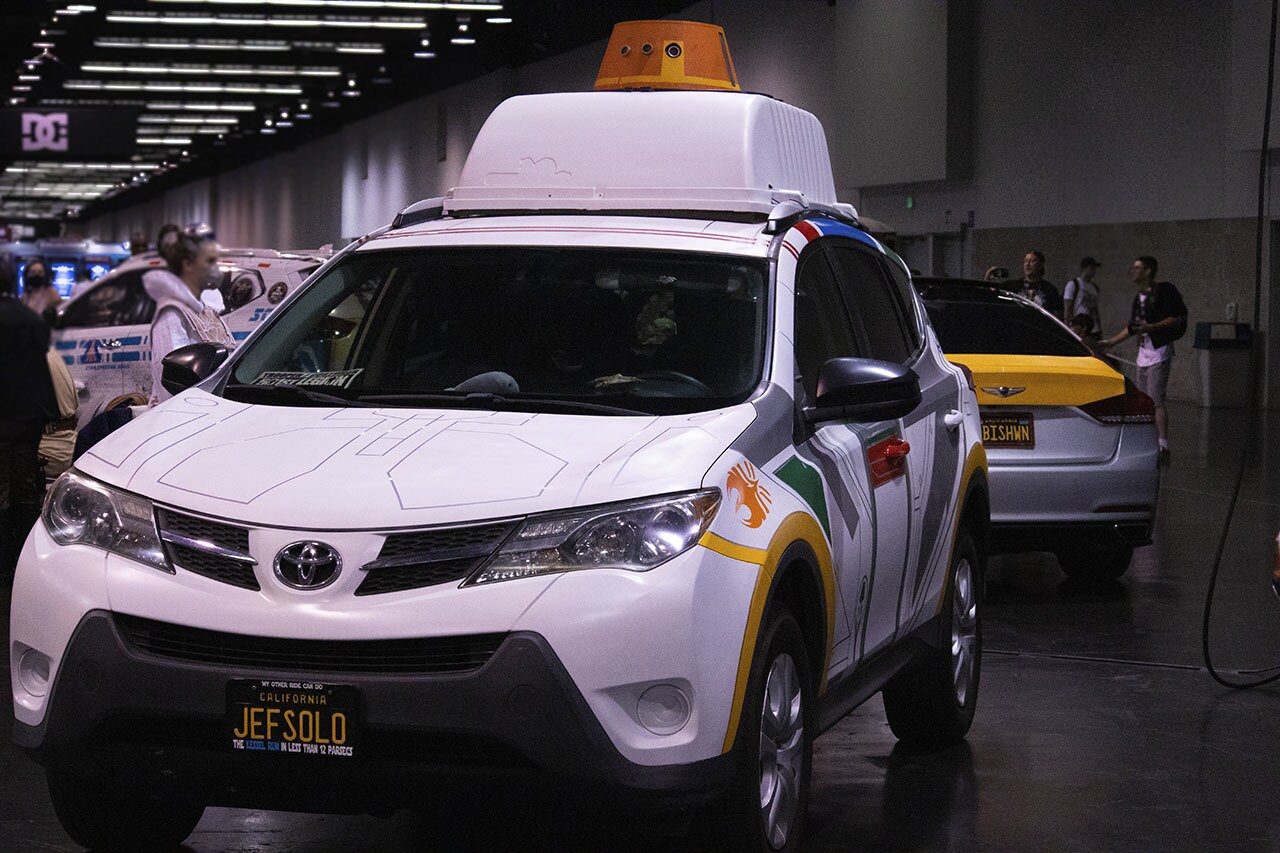 “The longest amount of time was all the little striping tape,” Jeff says. “I had to tape off the entire car, which took forever.”

“I helped with painting all of the colors,” Sparrow chimes in. “It was, like, day-to-day, ‘What color is it today?’ And my cousin Christina made the different little decals.” The car features several nods to the Star Wars Rebels series, including Ezra’s jacket logo, Sabine’s phoenix symbol, and more.

And what made them pick the Ghost? Just like the beloved Ghost crew itself, for Jeff and Sparrow (and the rest of their relatives who pitched in), it comes down to family. “Well, I’m always truckin’ around family,” Jeff laughs. “And Rebels was amazing.”

“It was a family effort,” adds Sparrow.

For Anna Sawyer, family was also a theme that inspired her to join Road Squadron, but also a trip to Celebration Orlando in 2017. “I saw all the cars there, including the Hot Wheels Darth Vader car," she says. "At that point, as a car person, which is a deep, deep thing in my family, I’m like, ‘I need to do something that gets me out of the house and out of kid-mode.’...So I decided to do this.”

Her BB-8-inspired Volkswagen features a giant rotating head (which started as a prototype radar dome cover), controlled via her phone. The mechanics of it all are on its second version, with a third, new-and-improved mechanism in the works. 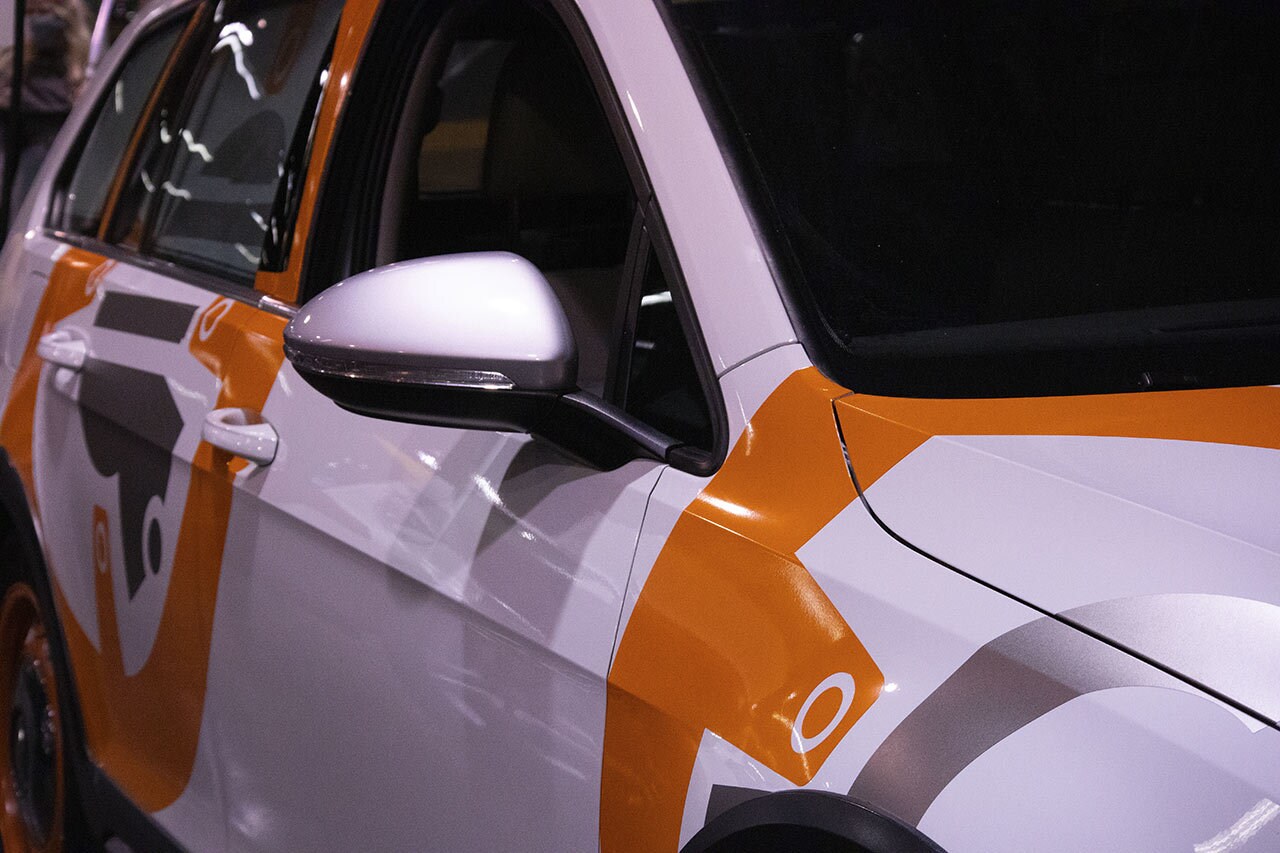 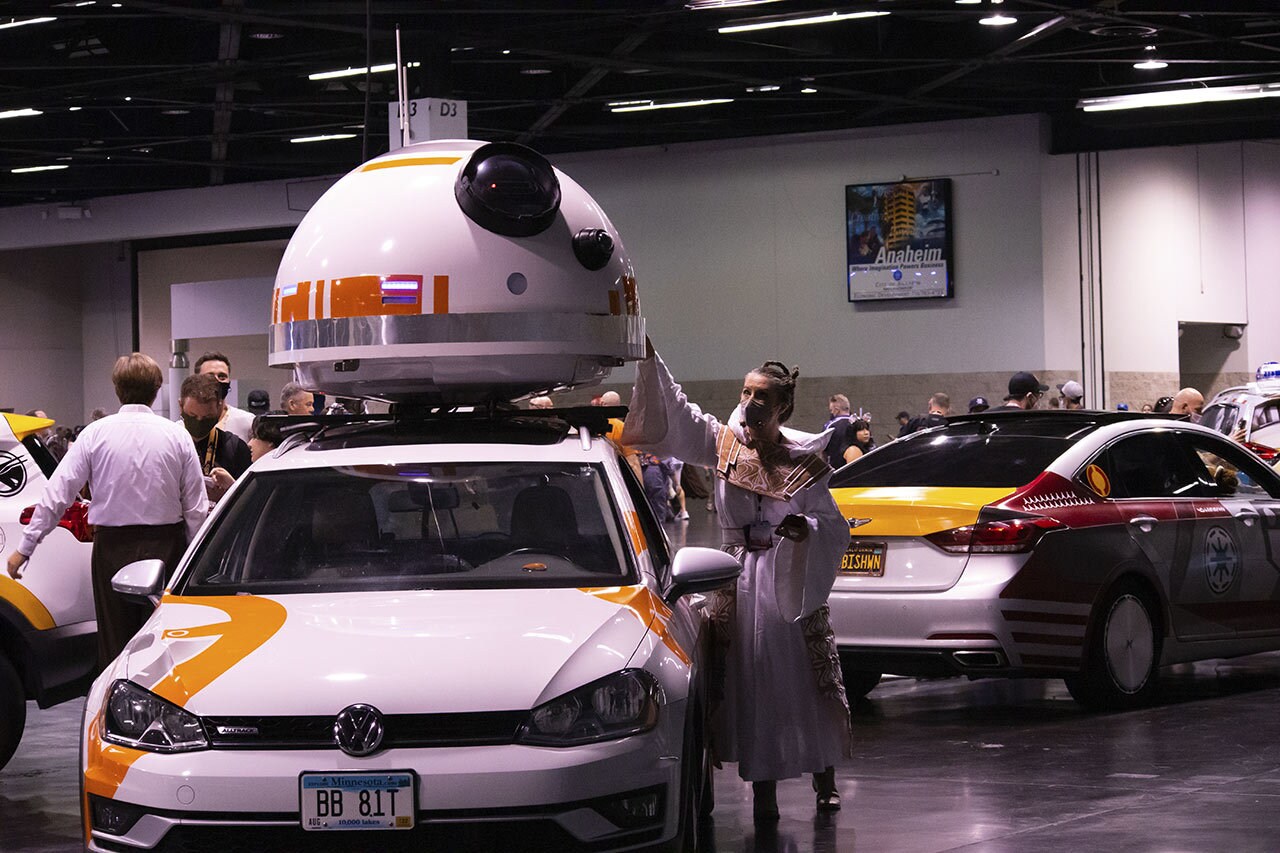 With such striking modifications, it should come as no surprise these vehicles get quite the reaction. While Anna’s dealership recognizes her on the spot (“Oh my god, it’s you again!”), for her, it’s really about the joy it brings to young fans. “It’s these little people,” Anna motions to the costumed kids running around smiling and shouting. And it’s also about the connections she makes along the way.

“Everybody will talk about cars. Every walk of life relates to cars,” Anna says. “Everybody has that in common. It doesn’t matter where you stand on life, it’s a conversation that’s safe, and a lot of people have an interest in.”

In addition to family connections and universal conversation starters, there’s also an element of nostalgia and an effort to capture treasured memories -- all while recognizing it’s never too late to create new ones. For Sean Christophiades, his Star Wars story started back in 1991, when he worked at Disney Park’s Star Tours ride. His vehicle pays tribute to the ride, decked out as the Starspeeder 3000, complete with flashing side cannons and an RX-Series pilot droid. 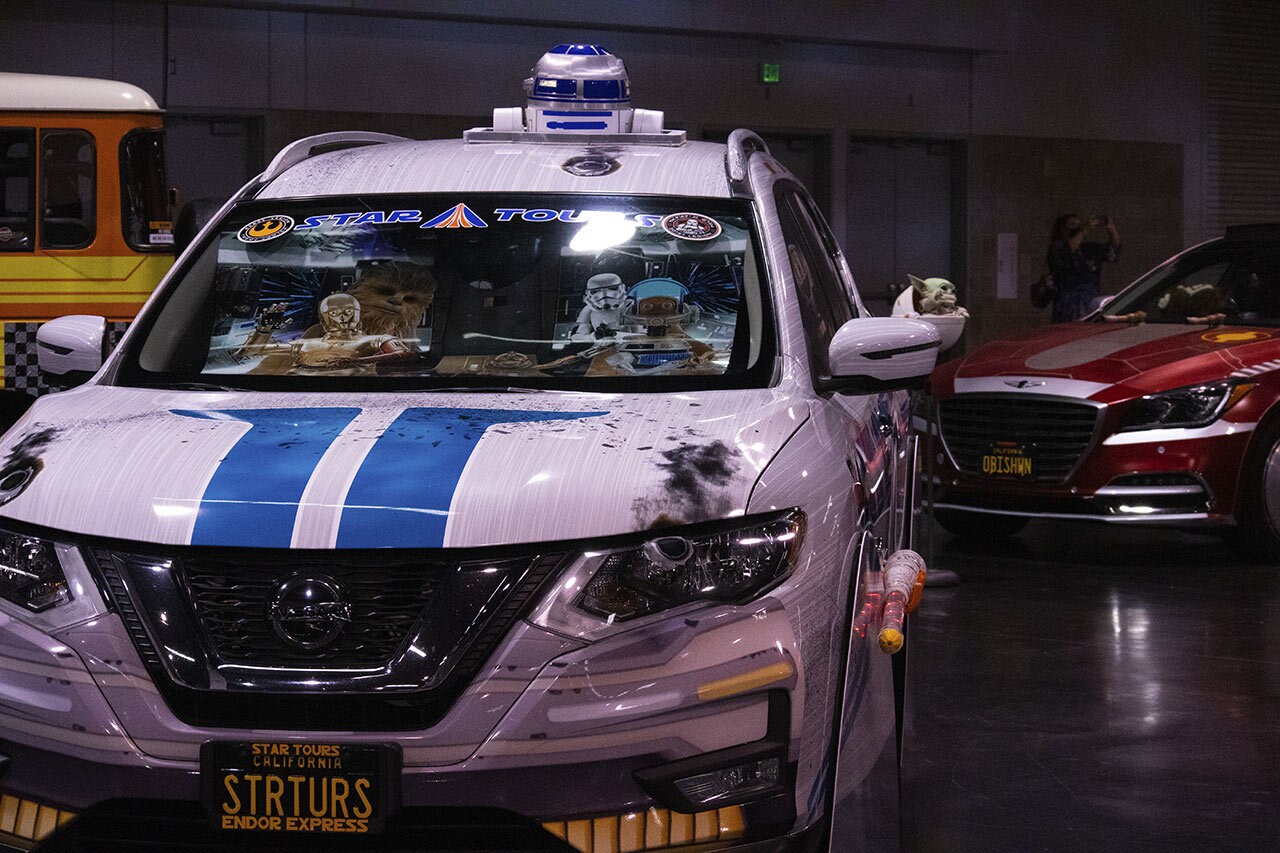 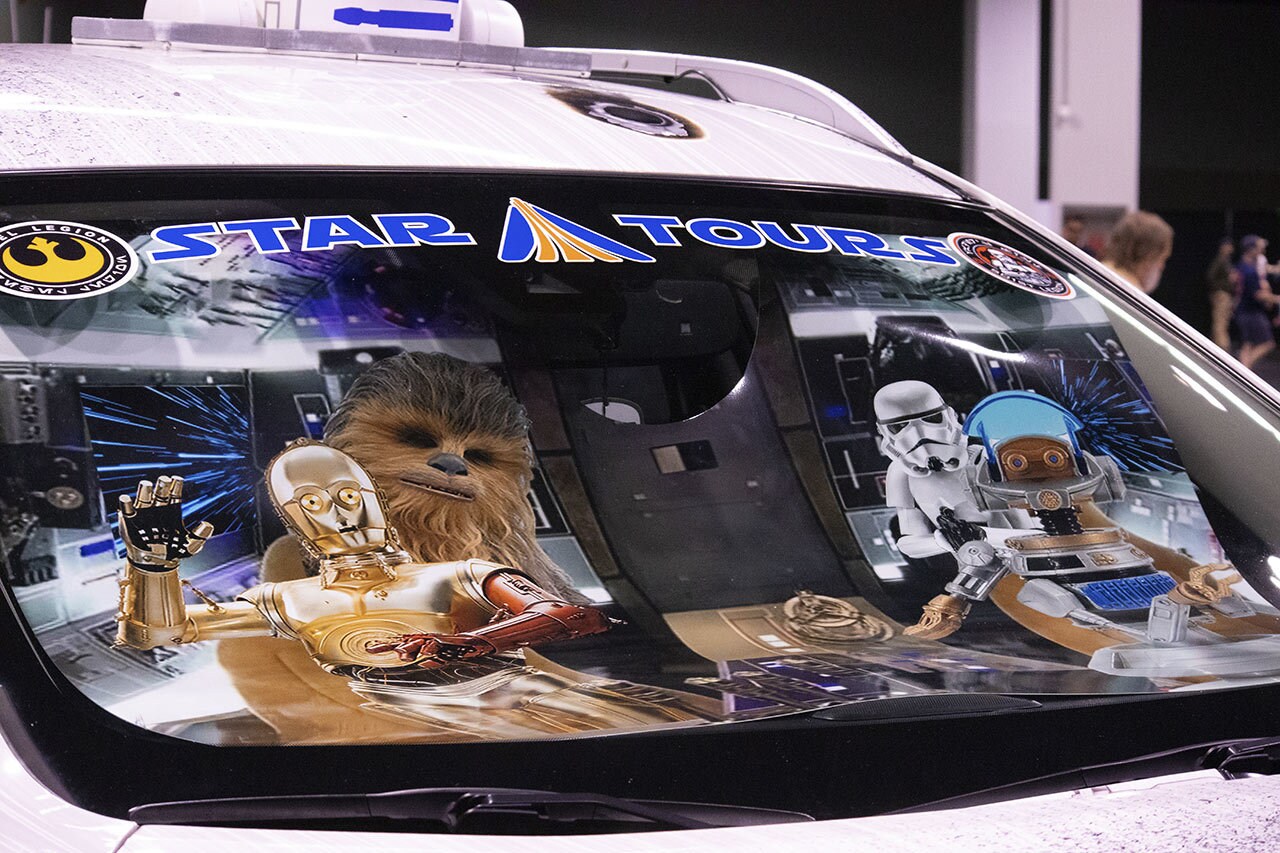 “I just got into this,” Sean admits, referring to the “carfighting” community. “The car, I got officially done in July of last year. This is my first Celebration, my first time displaying a car.”

Sean decided to jump into the group as a 50th birthday gift to himself. A new adventure, but with a nod to his past. “That’s me 30 years ago,” Sean says, showing a photo on his phone -- a grainy image of a young man in the blue-and-orange uniform of a Star Tours cast member. He used the photo to commission a custom recreation of the costume, which he sports to complete the look with his vehicle. 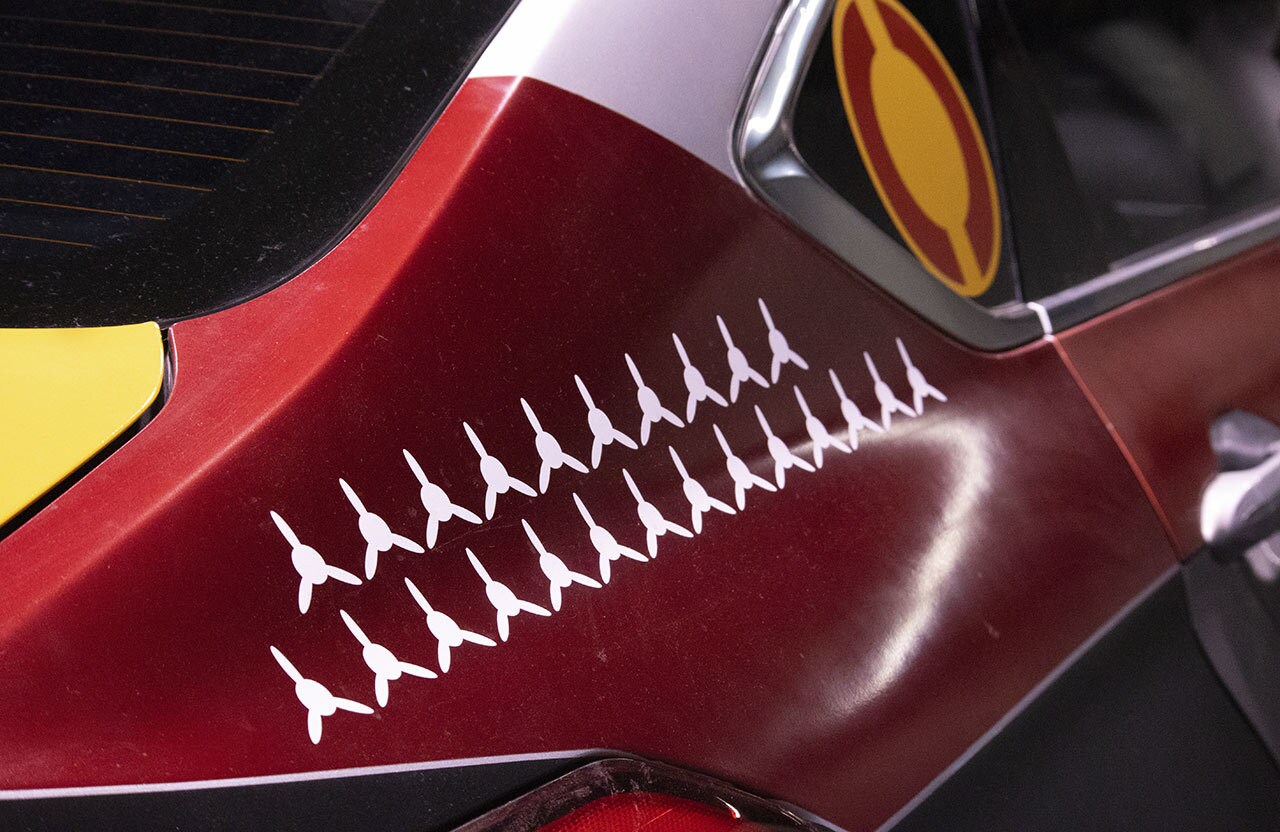 But it’s not all just fun and games. There’s a mission to Road Squadron, too. On Shawn Crosby's car, you'll find a series of icons -- with each representing 100 fundraising events he's attended with the G-Wing. "I’ve done over 2,500 charity events,” he says.

For those interested in joining the Road Squadron crew, there was an important piece of advice: “Start as early as you can!” Sparrow exclaims. “It’s a long process in general; I’m just glad we got it done in time.”