Marta Martinez of Polaroid talks to StarWars.com about a limited-edition release that’s sure to light up tracking fobs around the galaxy.

Fans of a certain classic analog camera and the galaxy far, far away have a new ultimate bounty: Polaroid unveiled last week a limited edition The Mandalorian Polaroid Now camera and the Child-inspired instant film, available now. Sporting a design inspired by the Disney+ series’ titular helmeted warrior, the stunner of a camera seamlessly blends the retro-cool look and legacy of the beloved Polaroid brand with the aesthetic of one of Star Wars’ most popular new characters. In addition, the accompanying instant film features imagery of the Child, making for a playful, perfect companion to the device. For those who’ve never known the joy of Polaroid -- load up the instant film, shoot, and watch as your image comes to life -- or used to love it, this is the way into a new, rewarding kind of photography. StarWars.com caught up with Marta Martinez, chief marketing officer of Polaroid, for a quick chat about the design of the camera, the Easter egg bounty hunt included with the release, and the “real magic” of Polaroid. StarWars.com: The camera design is so sharp. What I appreciate most is how it's understated yet unmistakably evokes the Mandalorian's armor. How did you land at this approach?

Marta Martinez: I am very glad you appreciate this. We knew that the Mandalorian culture in the Star Wars universe has a rich heritage with strong traits we needed to bring to life in our world. A lot of time was spent trying to find the essence of the Mandalorian aesthetic, specifically around their armor and beskar steel. The chosen color palette comes not from the materials themselves but the reflections in the Outer Rim landscapes. For example, the Mandalorian’s helmet is silver but under the Arvala-7 sky, the metal looks warm instead of cool. To bring that beautiful cinematography to life in the real world, we developed new techniques to add a warm metallic finish to the body of the Polaroid Now camera and used dark red elements for the accents to complement the design.

Capturing the Mandolarian’s sense of adventure was also crucial to the design. As the photographer holds the Polaroid camera and looks down before taking a photo, the rallying symbol of the Mandalorian -- the Mythosaur skull -- is etched onto the back. We believe in a world that is meaningful and creative, one that inspires adventure at any moment, just like The Mandalorian series. 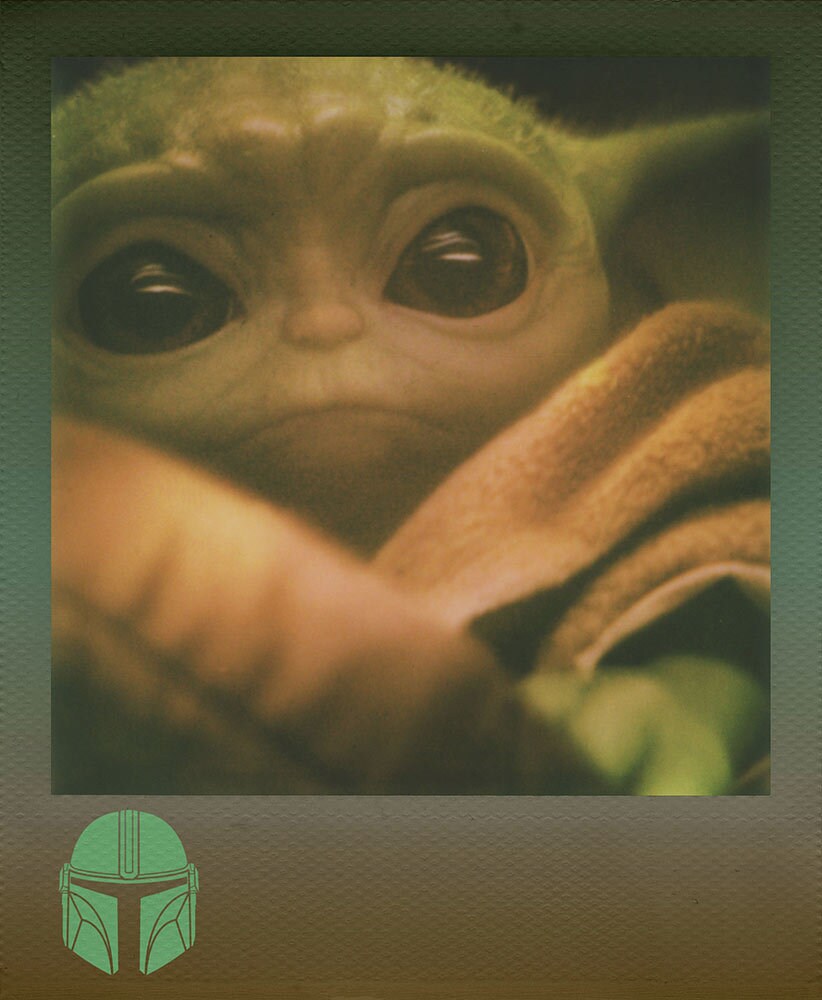 StarWars.com: Polaroid has always been just a fun way to shoot film, and I feel like the instant film inspired by The Mandalorian reflects that. Can you talk about how it came to be?

Part of bringing to life the playfulness of the Child comes from the fact that you don’t know what frame you will get with your picture. Our team of designers developed 12 unique frames, with eight included in each pack of film. The colors of the frames once again are inspired by the commanding landscapes of the Outer Rim worlds.

Of course, after you load the film you will get a unique collectible “dark slide.” Our dark slides protect the sensitive instant film from light exposure and each pack of the Child-inspired film contains one of the eight unique dark slide designs. These Easter eggs were created as a subtle quest for Polaroid photographers to bring their own bounty hunt to life. 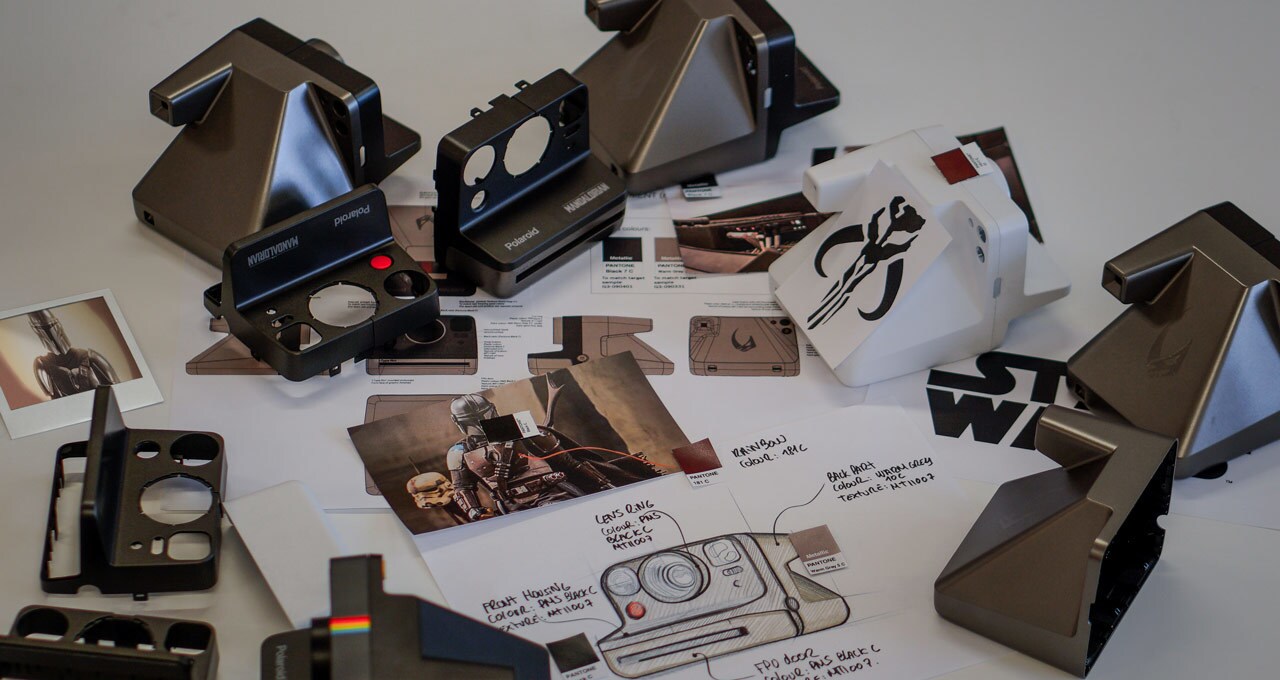 StarWars: As a Star Wars fan and child of the '80s, this is obviously right up my alley. But I also think this release can be a great gateway into Polaroid photography for younger fans.

Marta Martinez: Polaroid has been part of the cultural landscape for over 80 years and this is still true today. The Polaroid and Star Wars fans grew up together. Most people don’t realize that many of the early Star Wars movies have cast and continuity photos shot on Polaroid film. There’s a beautiful mix of nostalgia and innovation here that is perfectly captured in this dynamic partnership.

Some brands can capture the imagination of different generations and this is what I think we are both doing here; building on our heritage but reinventing the stories to make them relevant to a new generation. Whereas older fans grew up with instant photography, younger fans grew up with the endless camera reel hidden on a smartphone. To take a picture and hold the final product in your hand, that’s the real magic we create.