Meet characters whose qualities and approach to life can teach us valuable lessons.

Being a parent is hard. The moment your child is born is like a needle-scratch-on-the-record moment. There’s a sudden realization that you’re now responsible for a life that’s completely separate from yourself. It’s a little frightening.

It’s up to you to teach your kids valuable lessons, the difference between right and wrong, how to be social and interact with other people, how to resist the lure to the dark side, and -- ultimately -- how to be beautiful individuals able to walk through life on their own.

Thankfully, though, we have Star Wars to guide us. (I mean, really, what did parents do before '77?) The characters that populate the Star Wars galaxy are incredibly diverse. I’m not talking about gender or ethnic diversity, but rather diversity in what the characters represent. Many are archetypes (think of the classic hero or villain, and odds are you’re also thinking of a Star Wars character), and most can be pared down to one or two emotions or traits that overwhelmingly define who they are.

Real people, though, are a composite of so much more. They’re astonishingly complex, and making sure your kids exhibit the best qualities and develop into decent human beings is no small task.

As parents, we try to be good role models and teachers for our kids, but in the end, it’s not about what we teach. It’s about how we act. What are the qualities that define who we are? And what are the most important qualities we want to encourage in our children?

So, like I said, thank goodness for Star Wars and its ability to shine a light in the scary darkness that every parent feels (at one point or another). The following characters represent the best qualities I hope to instill in my own kids. They represent the best of what we can be, and they’re great role models.

Most Jedi demonstrate patience (to some degree), but it’s hard to name any who do it better than Yoda. Nine hundred years will do wonders for your ability to slow down, wait, and let events play themselves out. Yoda was never known for his impulsivity, and he certainly didn’t rush in without thorough observation and analysis. Unsurprisingly, that approach almost never steered him wrong. If you’ve spent any time with kids younger than eight or nine, you know that patience is not one of their strong suits. Which makes it one of the most important qualities to stress.

Again, we see a lot of bravery in Star Wars, and many characters have their moment to shine. But in far too many cases, that’s exactly what it is: a moment. Not many characters are defined by their bravery, but Leia is. Her entire life -- as a princess, Rebel leader, and general -- is marked by a thorough commitment to the cause, despite overwhelming odds. She’s fiercely independent, but she still uses her strength to help those around her. She fights for what she believes in. She stands up to bullies, and she’s not afraid to speak her mind. If my kids have a fraction of her self-confidence, they’ll be just fine.

3. Obi-Wan’s Sense of Loyalty and Honor

Is there a more honorable Jedi than Obi-Wan? Maybe. Is there one who is better able to combine that sense of honor with a positive and outgoing attitude? I don’t think so. Let’s be clear: Obi-Wan is all business when it’s required. He’s completely bound to the Jedi Order and will stop at nothing to protect that to which he has sworn loyalty. But he’s also not afraid to laugh, joke, and show a healthy dose of tolerance for those who are more willing to bend the rules. In short, he’s not a pretentious, carved-in-stone caricature of “Loyalty.” He’s real. He has flaws. But he’s still completely reliable and honest. I want my kids to recognize the importance of honesty and loyalty -- to their family, friends, and community -- but they still need to feel comfortable having fun. It’s hard to straddle that line.

4. Ahsoka’s Willingness to Learn and Adapt

When she was young, Ahsoka was the perfect Padawan for Anakin Skywalker. They were both impulsive, brash, and determined to forge their own path. However, Ahsoka distinguished herself from her Master in one very clear way: she was completely open to advice, willing to learn, and ready to adapt. In other words, she listened. I want my kids to have their own ideas and question the status quo, but I also want them to be receptive to others’ advice. I want them to be open to new ideas and be able to admit when they’re wrong or there might be a better way. I want them to be civil. With that in mind, I think we can all learn something from Ahsoka. 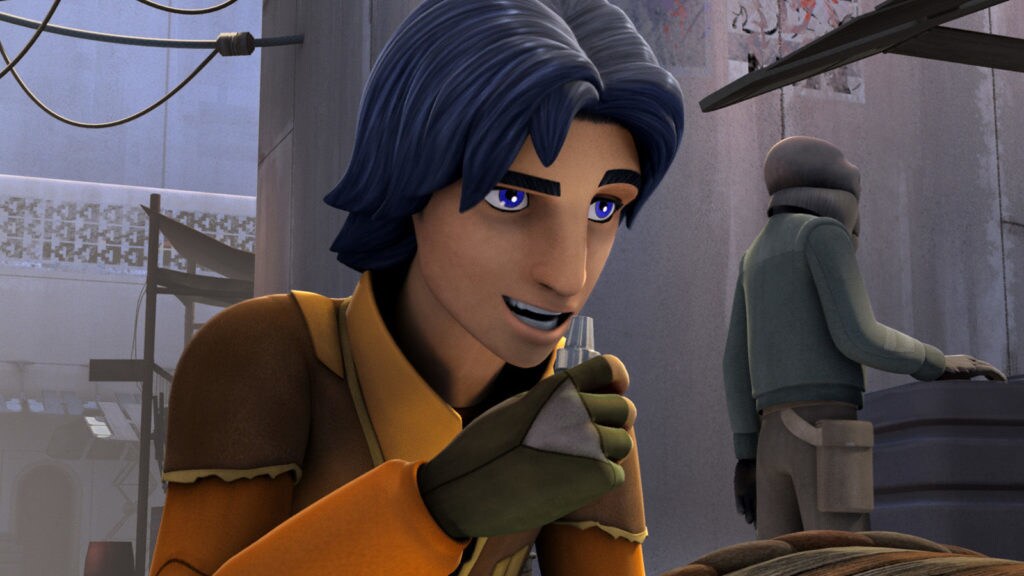 One of the most important qualities we can encourage in our children (and one that is sorely lacking in the world in general) is empathy. All of the above traits could very well be meaningless if you’re also completely self-absorbed and lacking an ability to care for other people. Padmé’s life was defined by her altruism and service to others. She was a queen by 14 and then -- when it would have been all too easy to fade from the public eye -- she chose to devote her life to public service and improving the quality of life for as many people as possible. There’s not enough compassion, empathy, and love in the world; I’d like for my kids to soak up and exhibit as much as is humanly possible.

But what do you think? What other characters exhibit qualities you think are important for kids (really, all of us) to have?